Fox on board of a SNAV hydrofoil 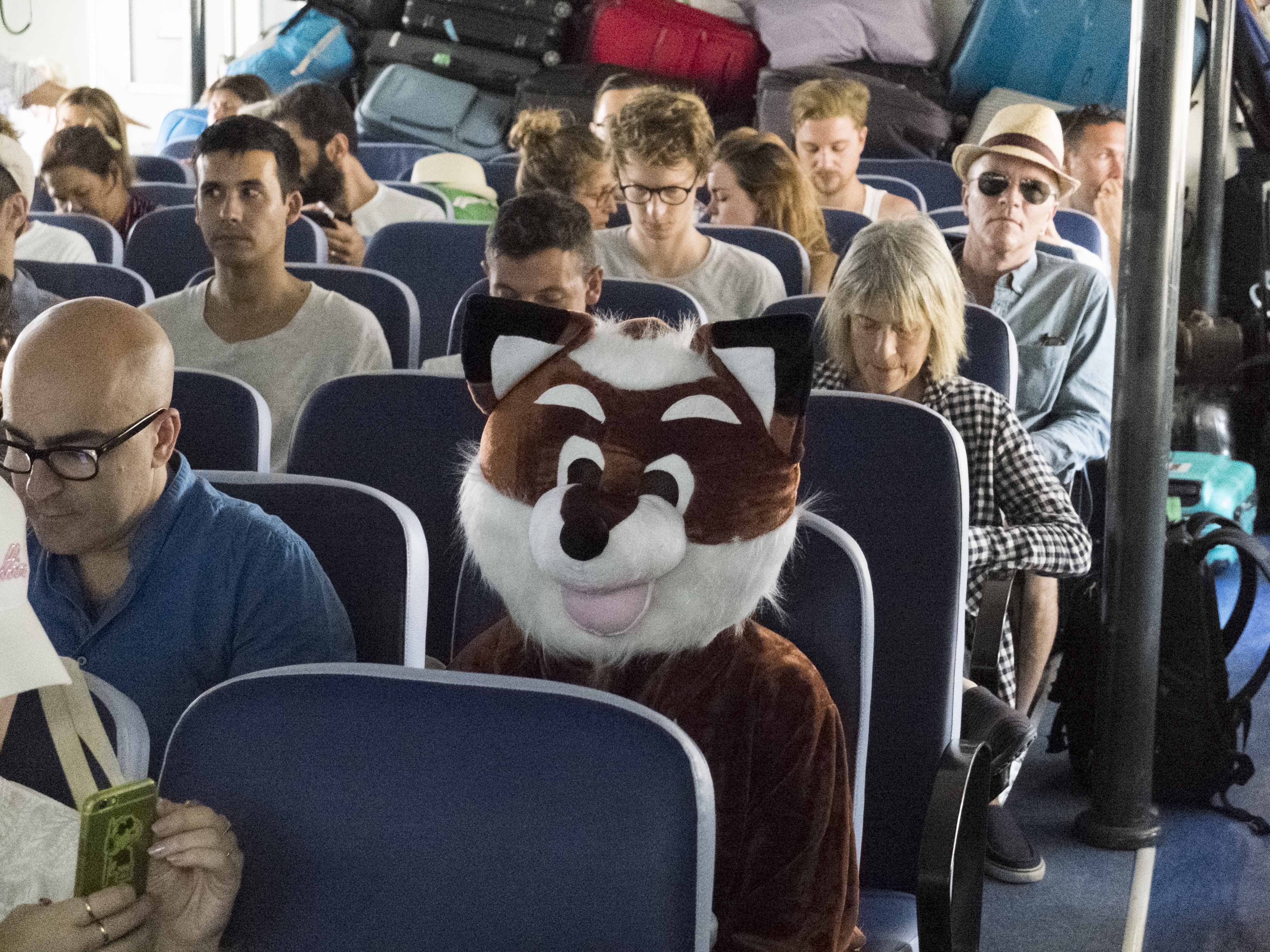 On Saturday 15th July, we embarked a SNAV hydrofoil to the Aeolian Islands from Porto Mergellina, in Naples. In the following five hours, as we were riding the unpredictable Tyrrhenian waves, the performance Fox took place. 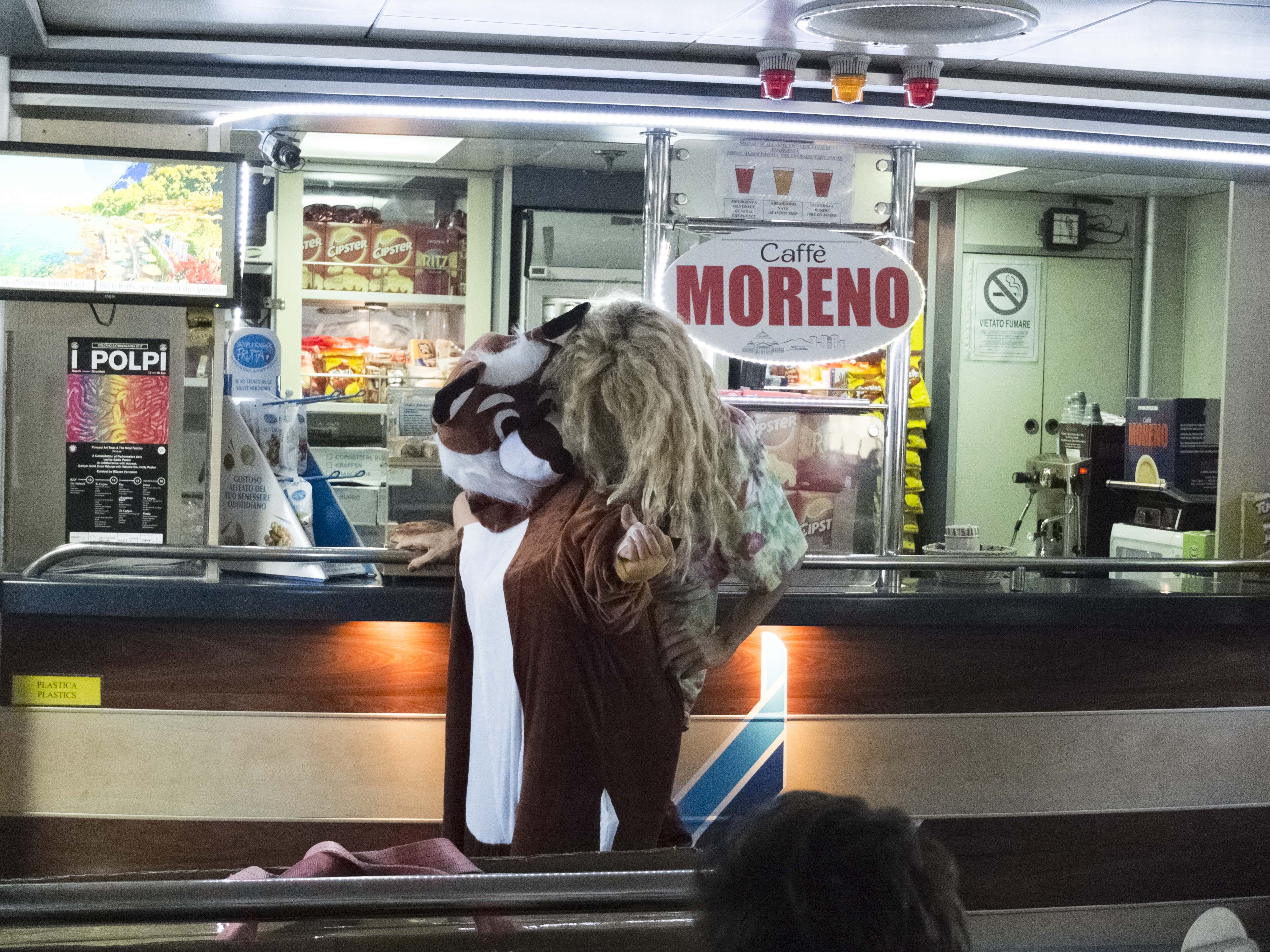 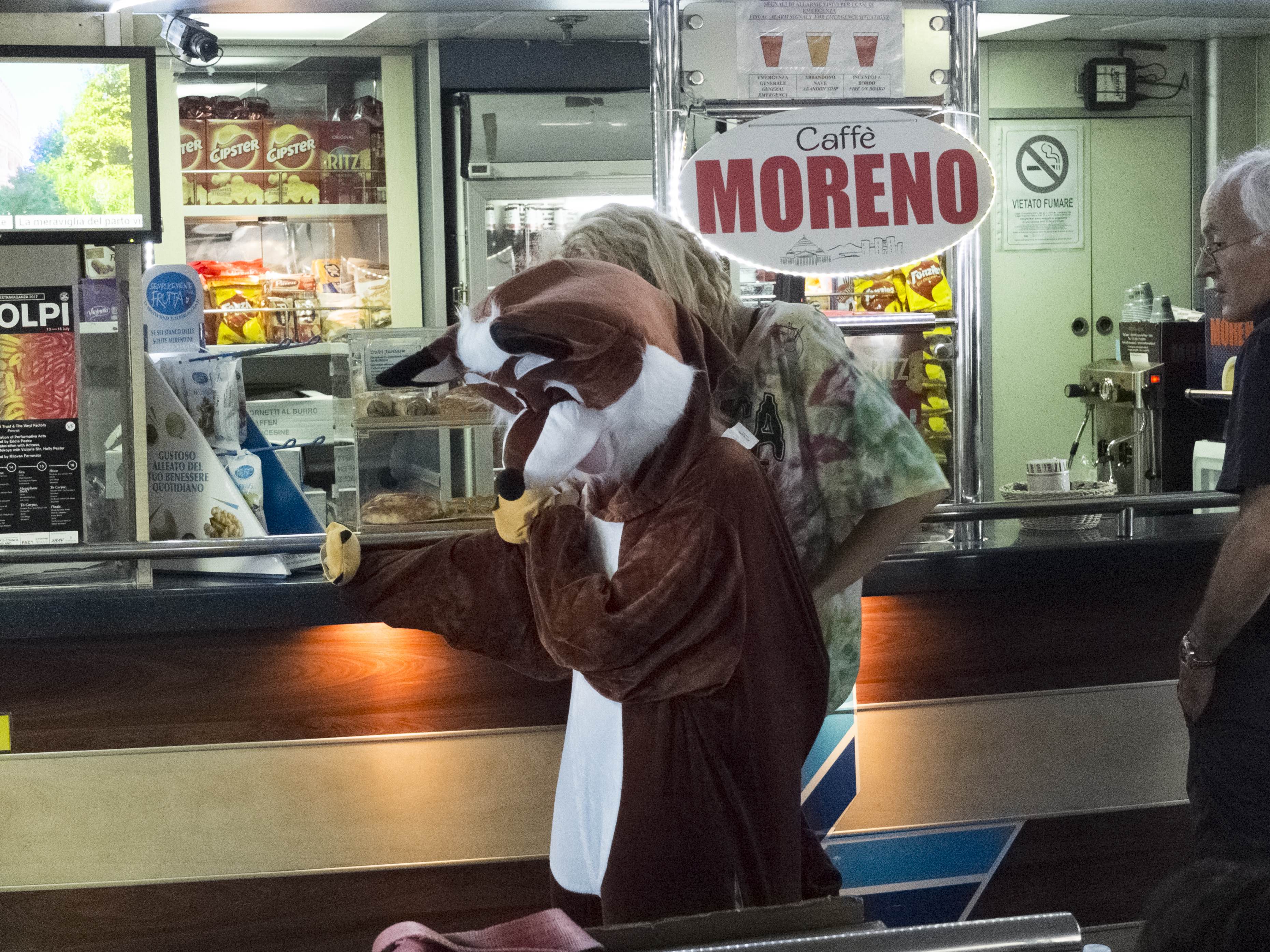 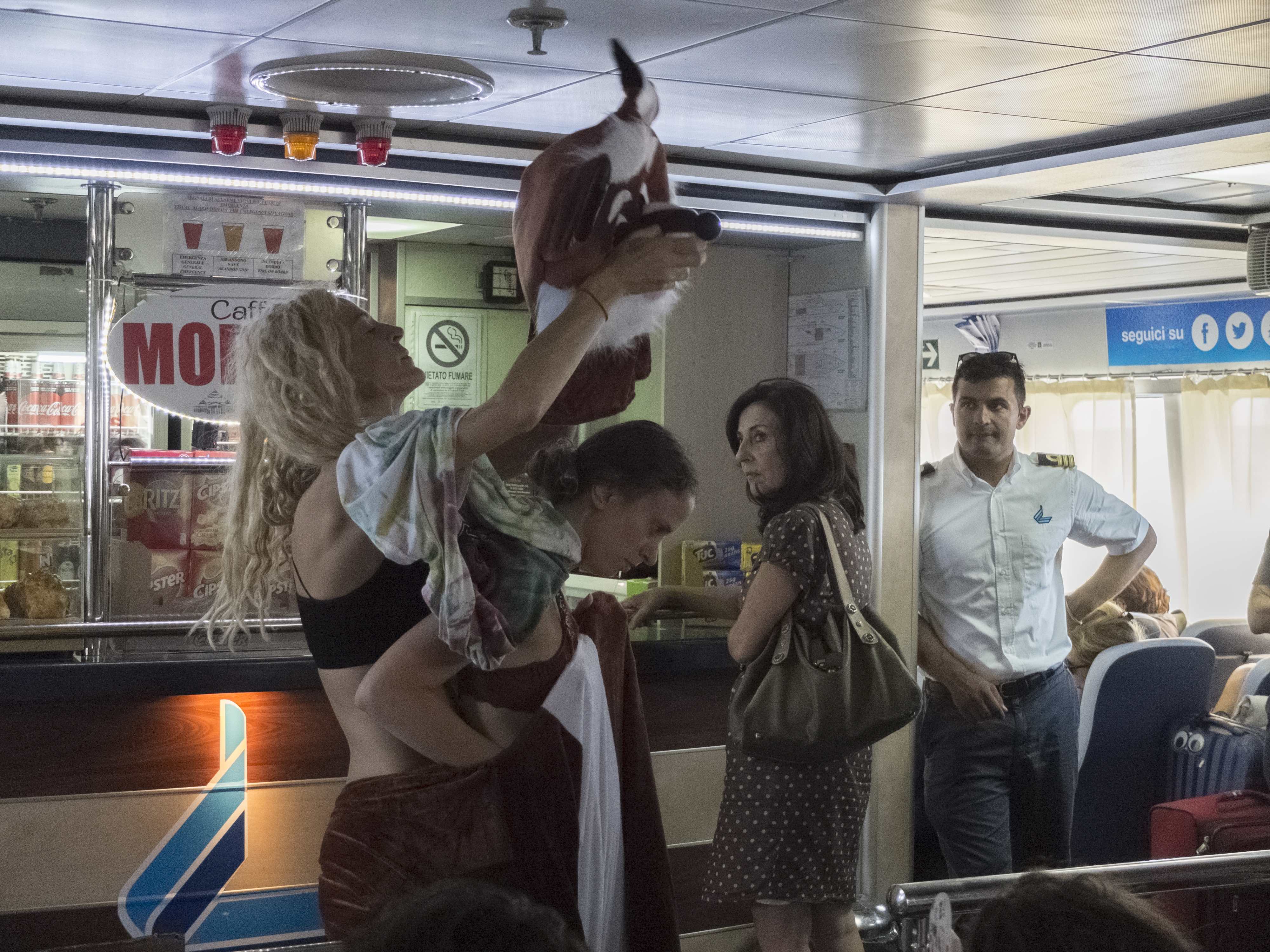 Fox was conceived in 2005 by Eddie Peake together with Sam Hacking while they were both still Slade students. In it, Peake directs two characters intent in the endeavour to exchange clothes without exposing any parts of their bodies. One wears ‘normal’ clothes whilst the other wears a fox costume, exchanging robes and roles in a metamorphic attempt to camouflage, fluidly confusing and somehow erasing their sexual identities. 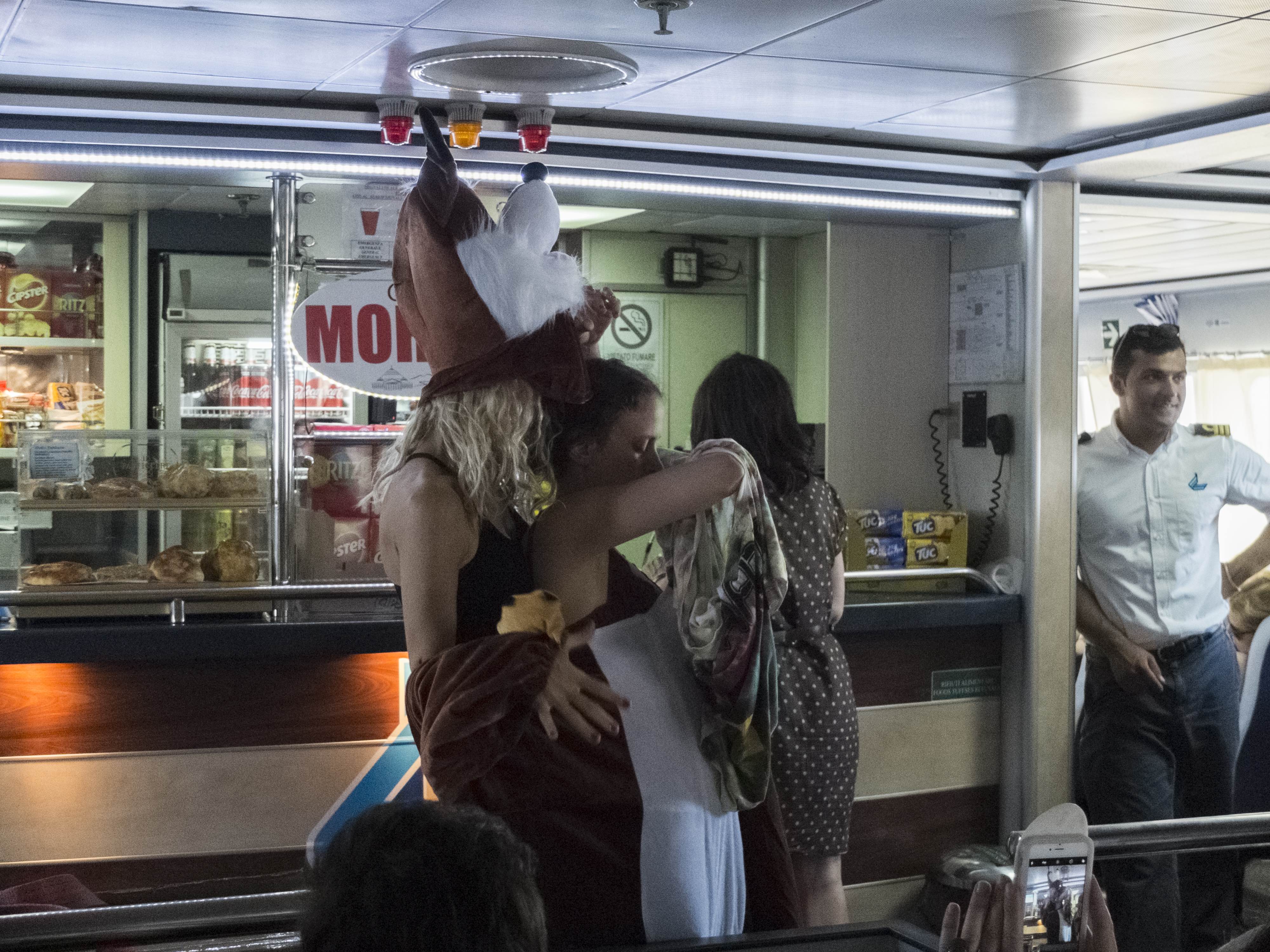 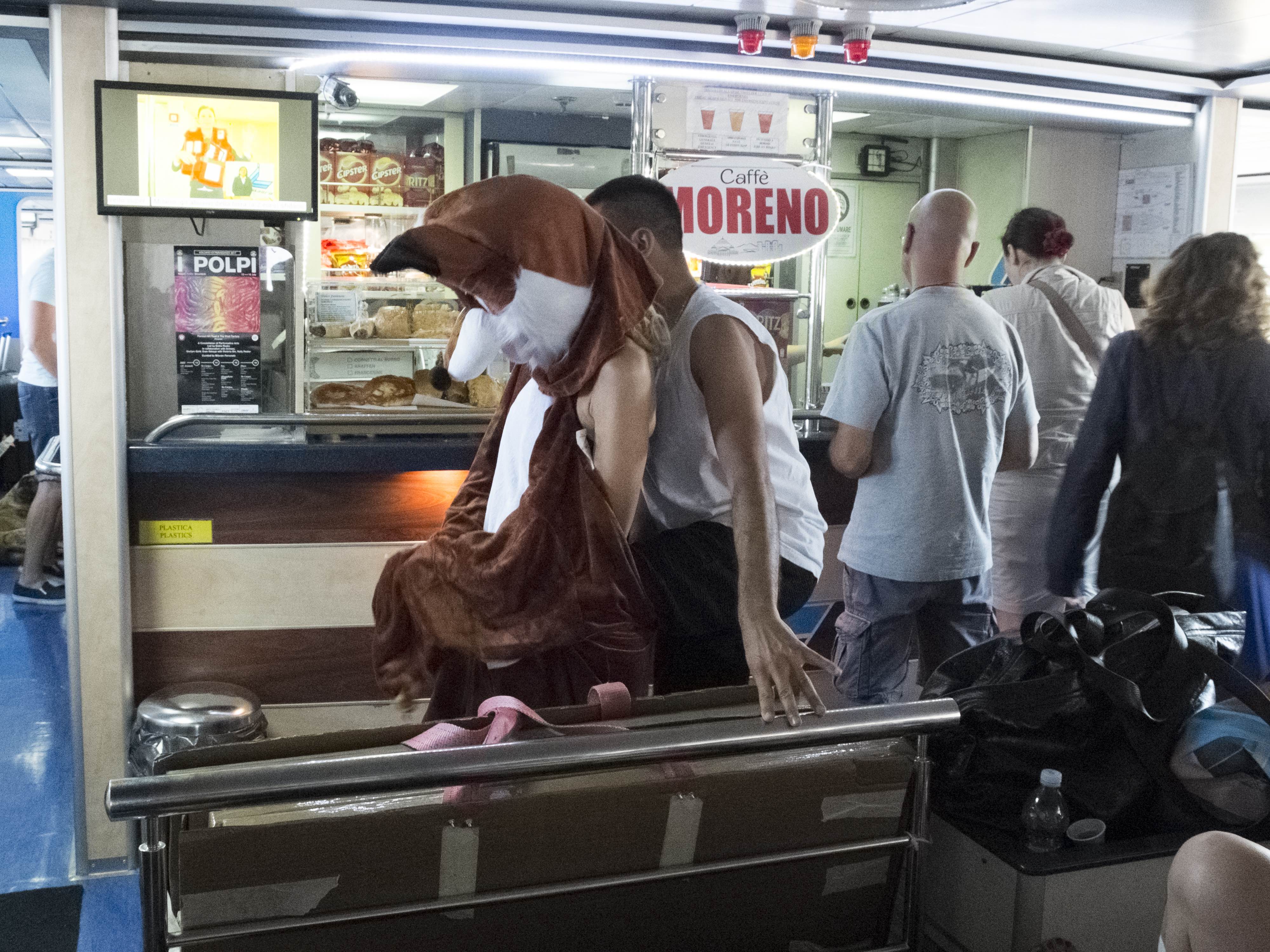 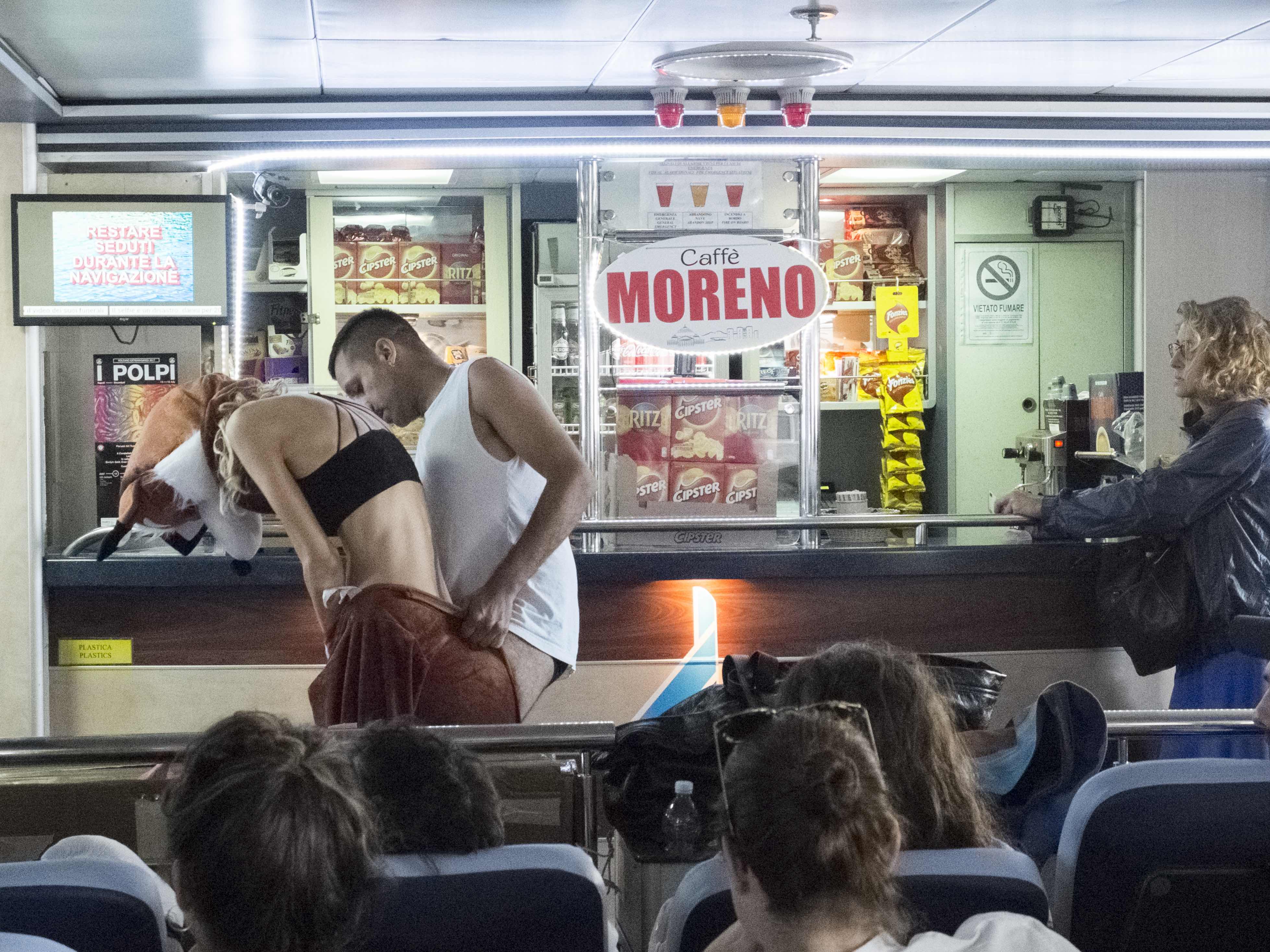 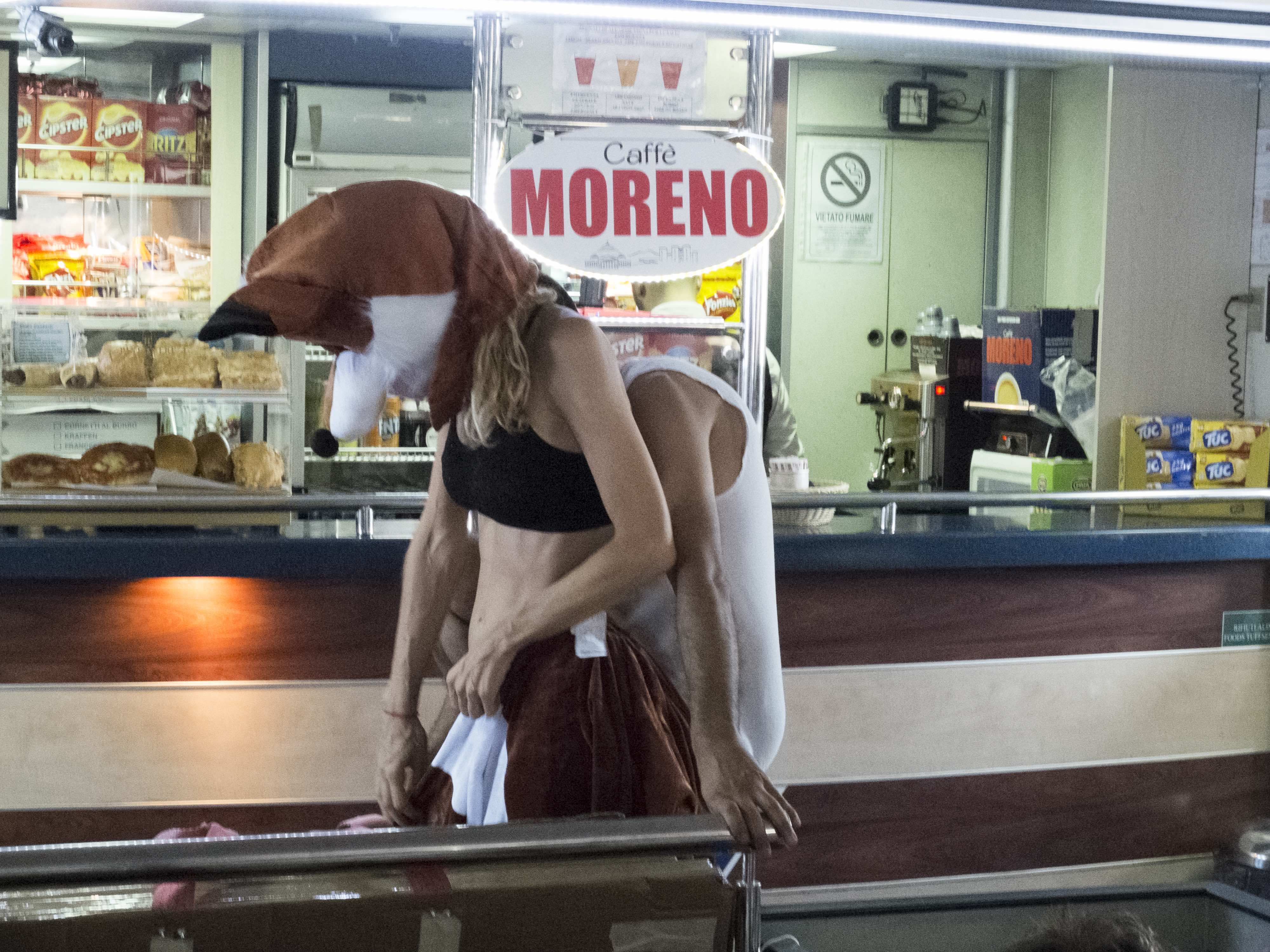 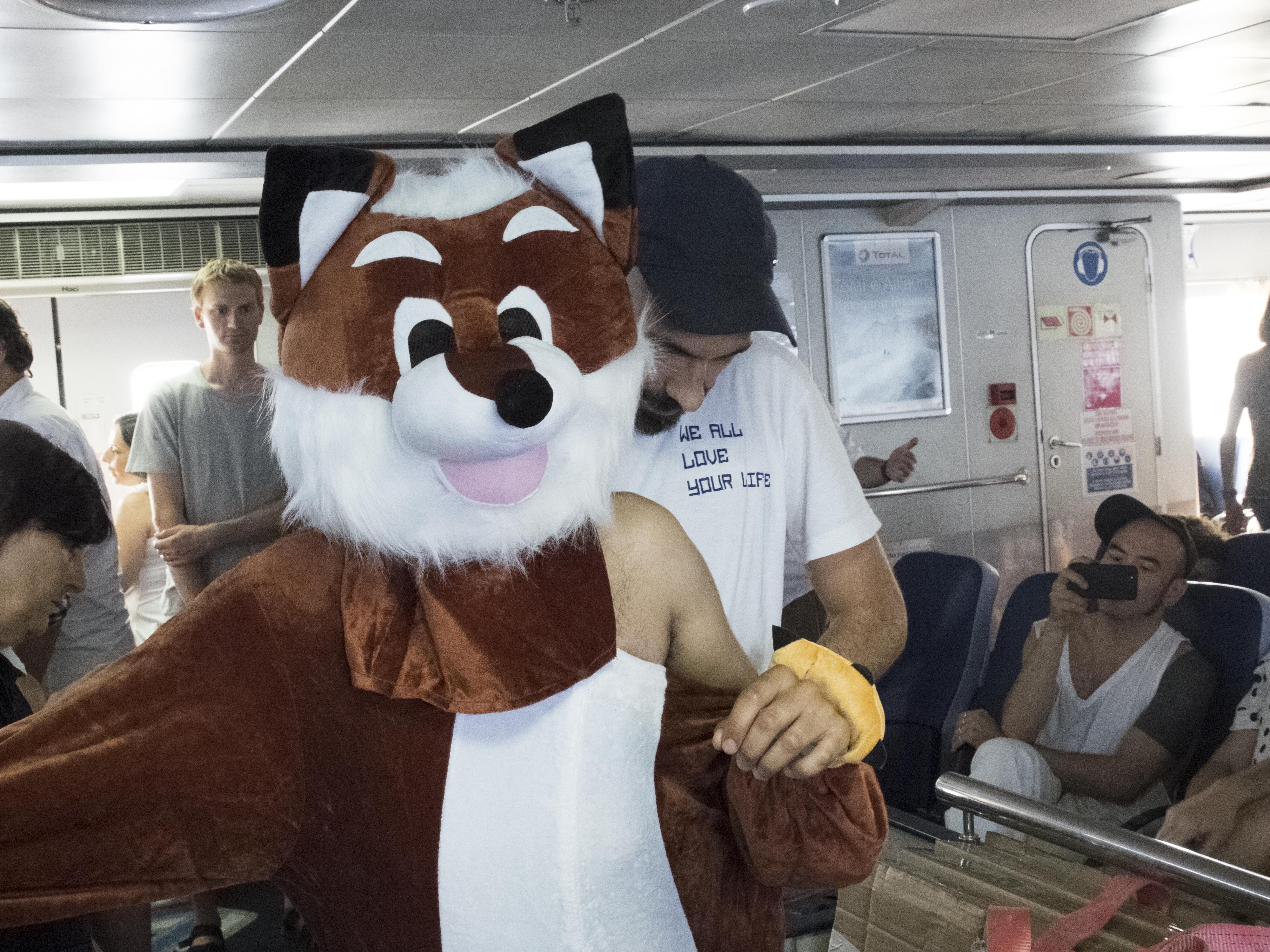 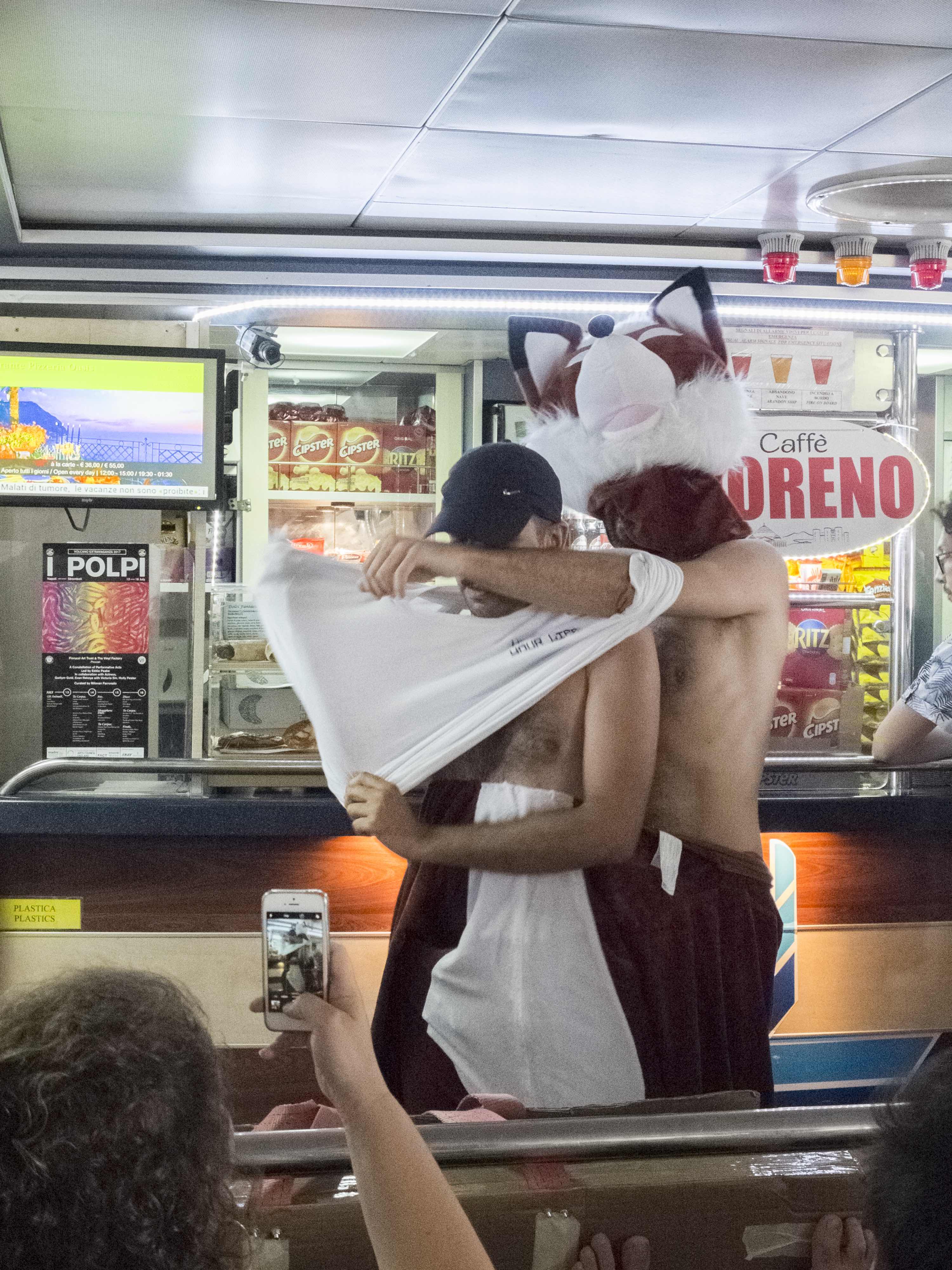 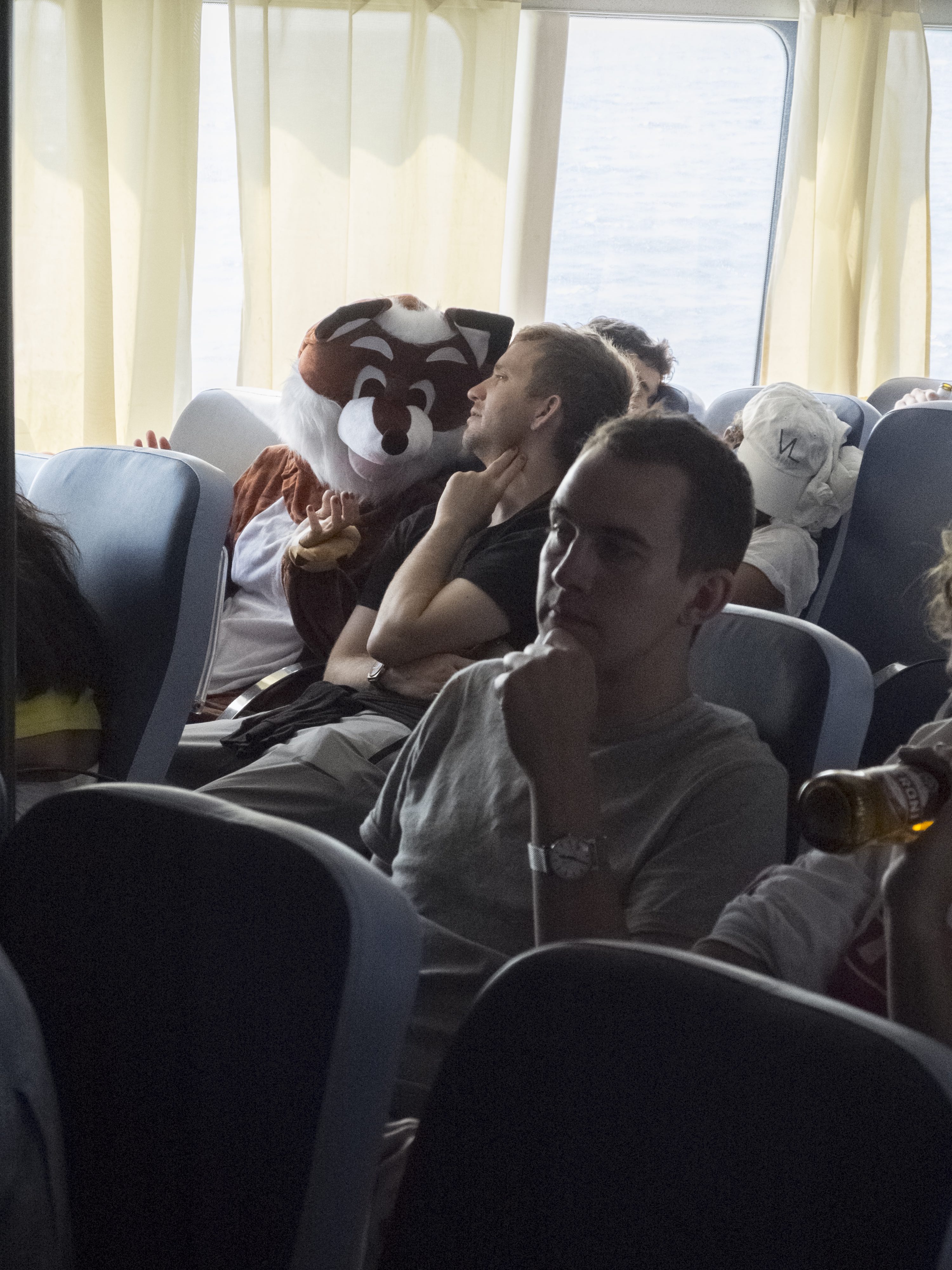