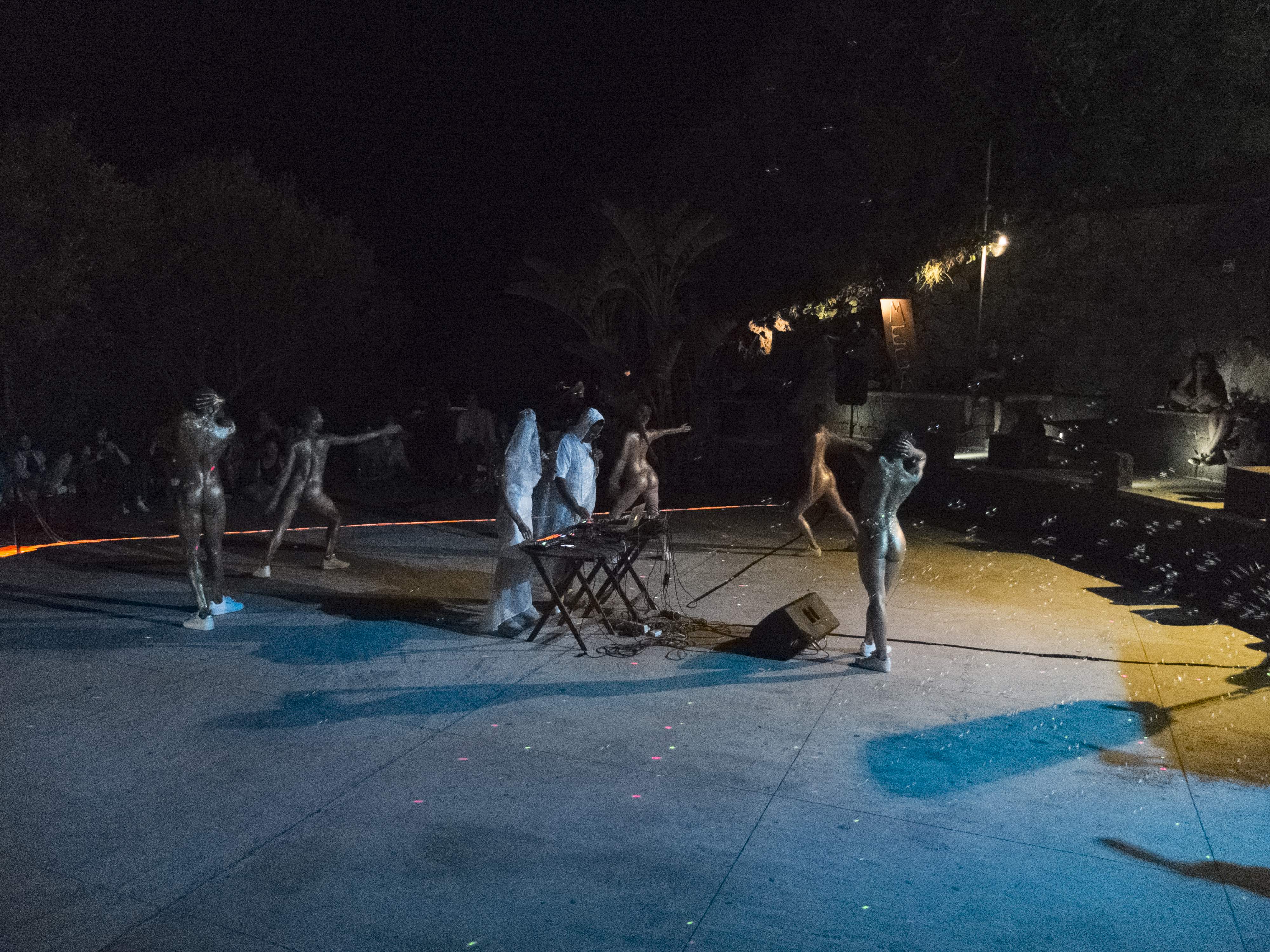 Midnight: a mystical hour of transcendence, when the moon glows high in the sky and all shapes and shadows move sinuously in the darkness. The perfect atmosphere for the fourth variation of To Corpse, which witnessed the movements of the five performers dancing in the moonlight amidst clouds of soap bubbles, their naked bodies covered in golden sparkles. 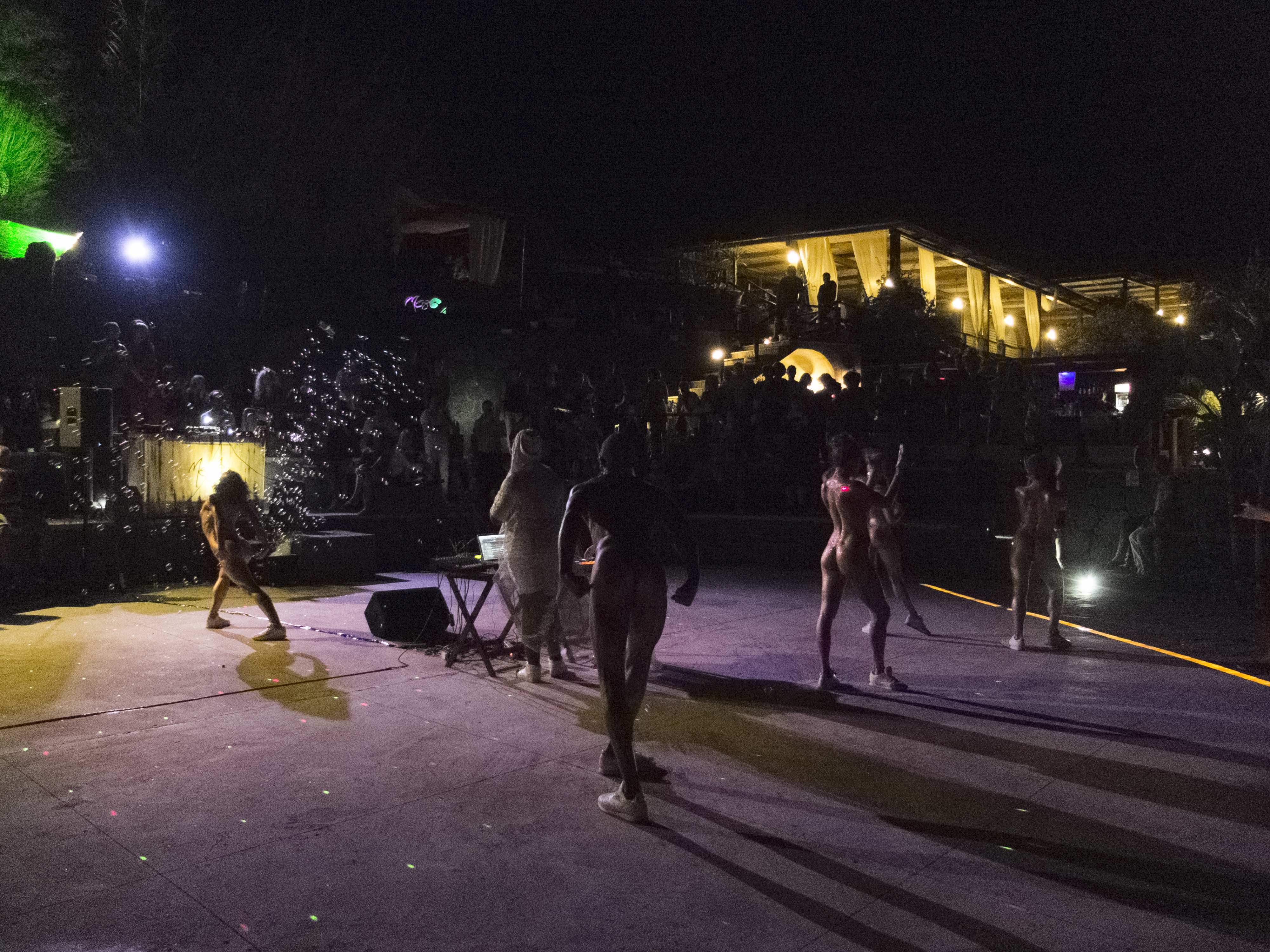 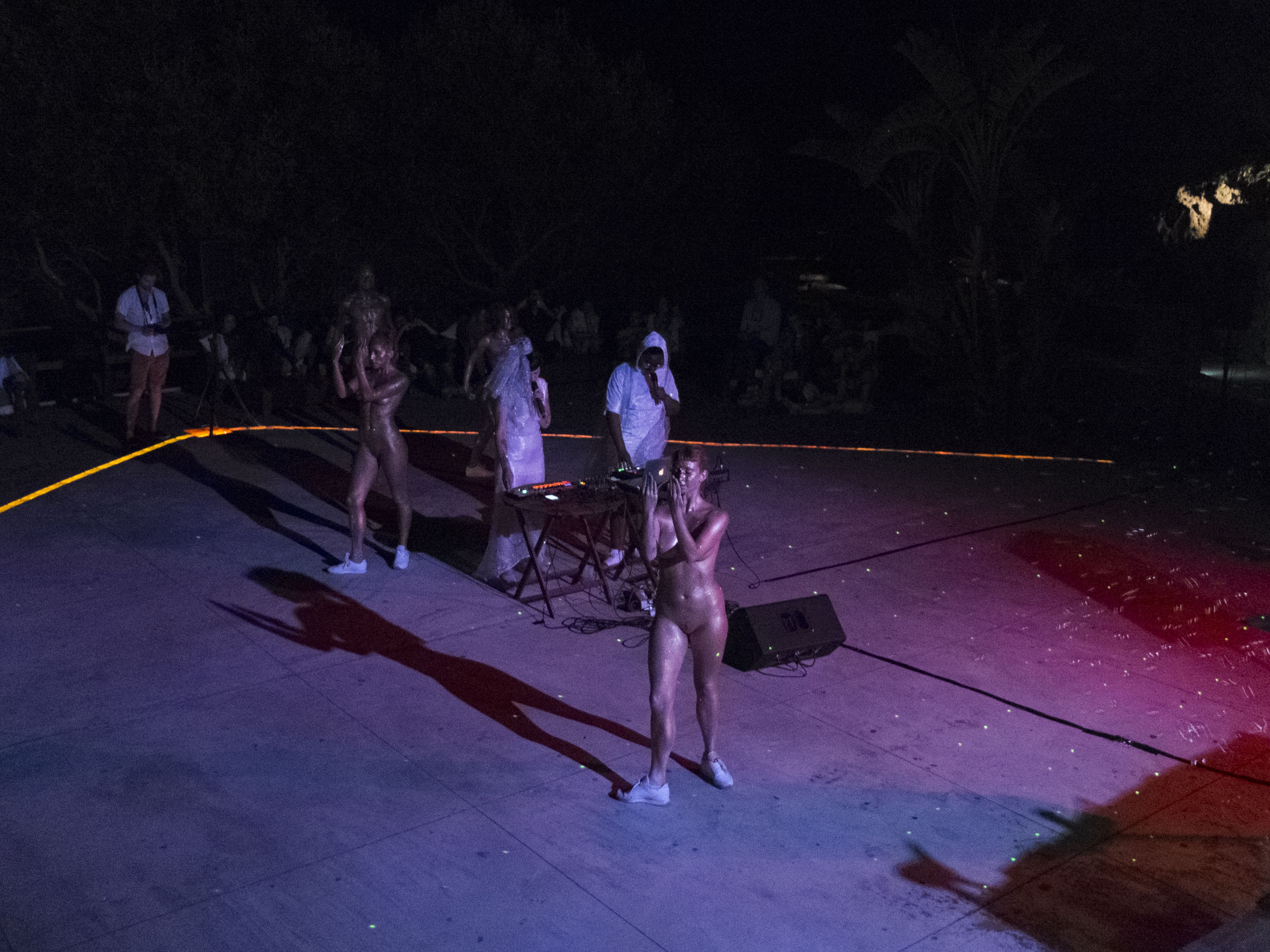 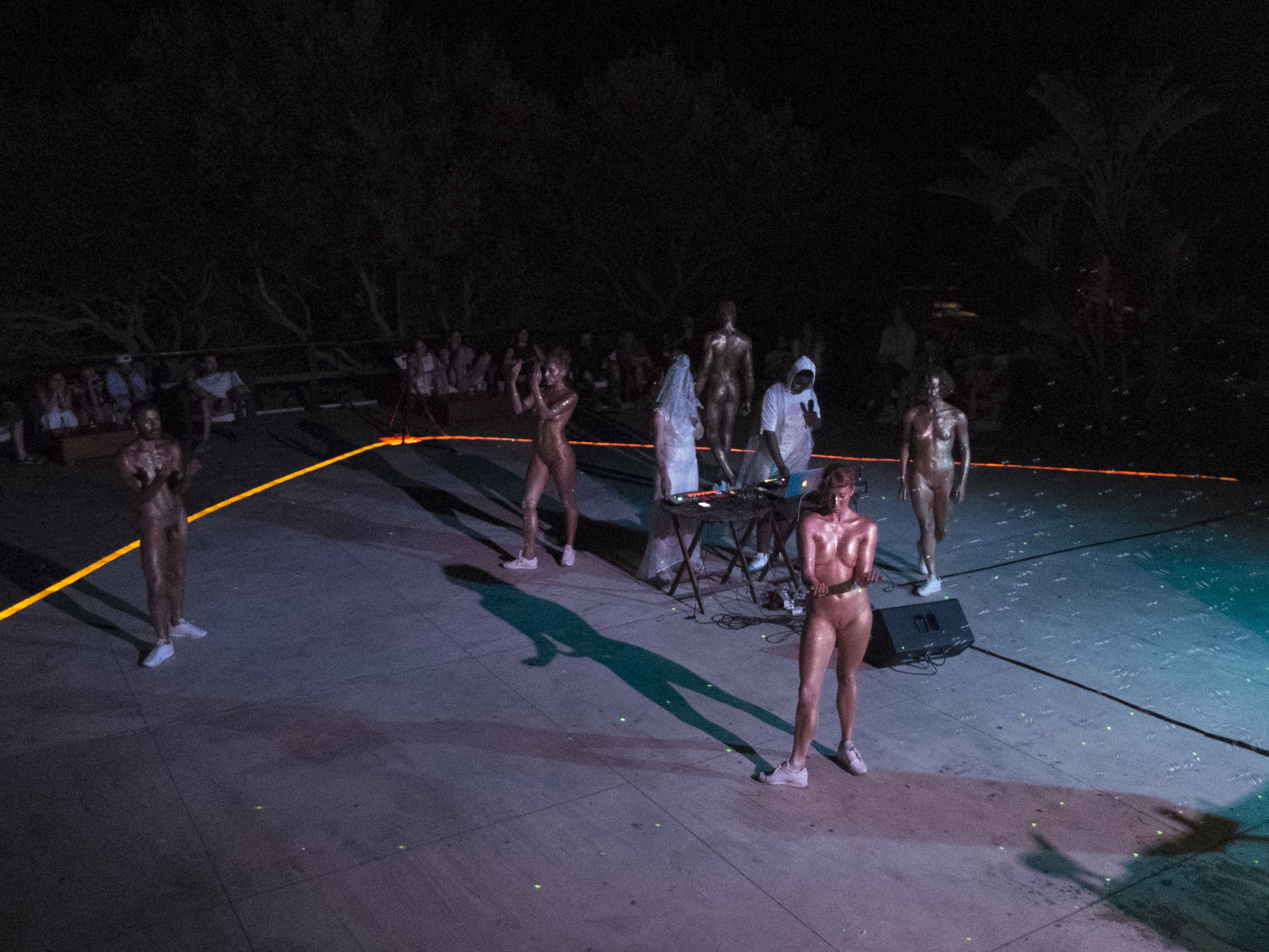 Resembling aliens or mythological creatures, the dancers were accompanied by the musical background of Evan Ifekoya and Victoria Sin, who stood in the middle of the dance floor of Club Megà, fully dressed in white, like ethereal presences. 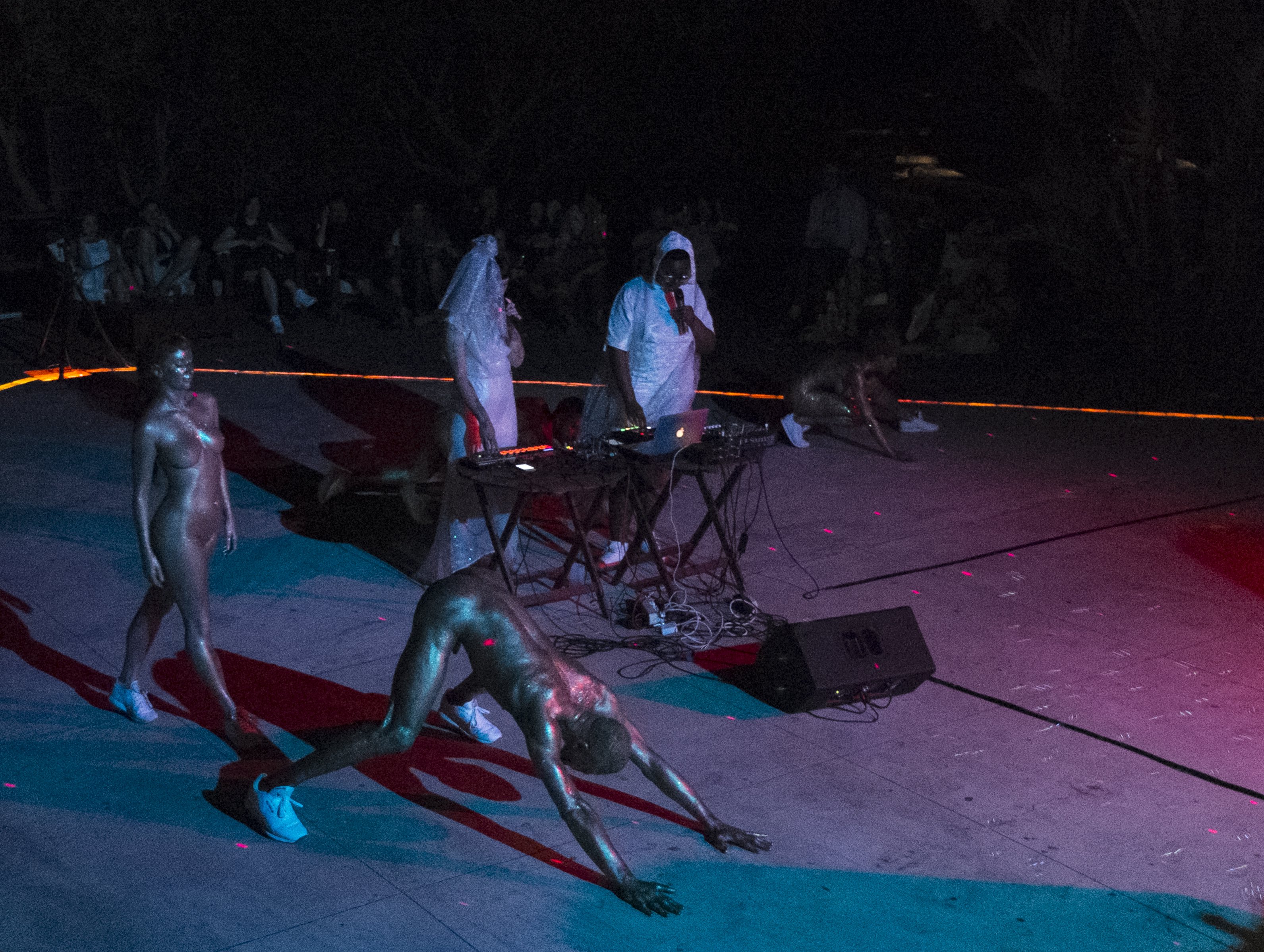 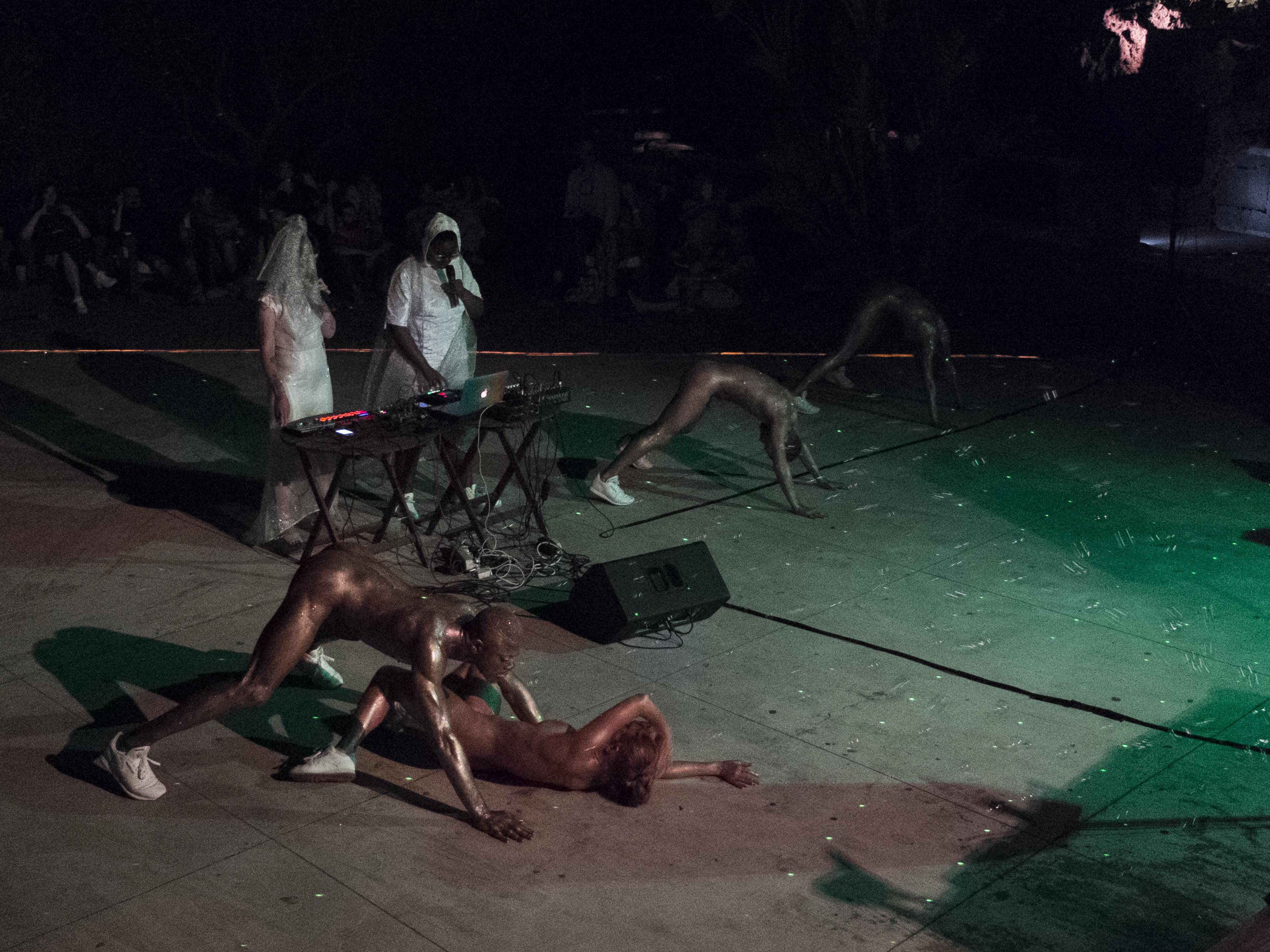 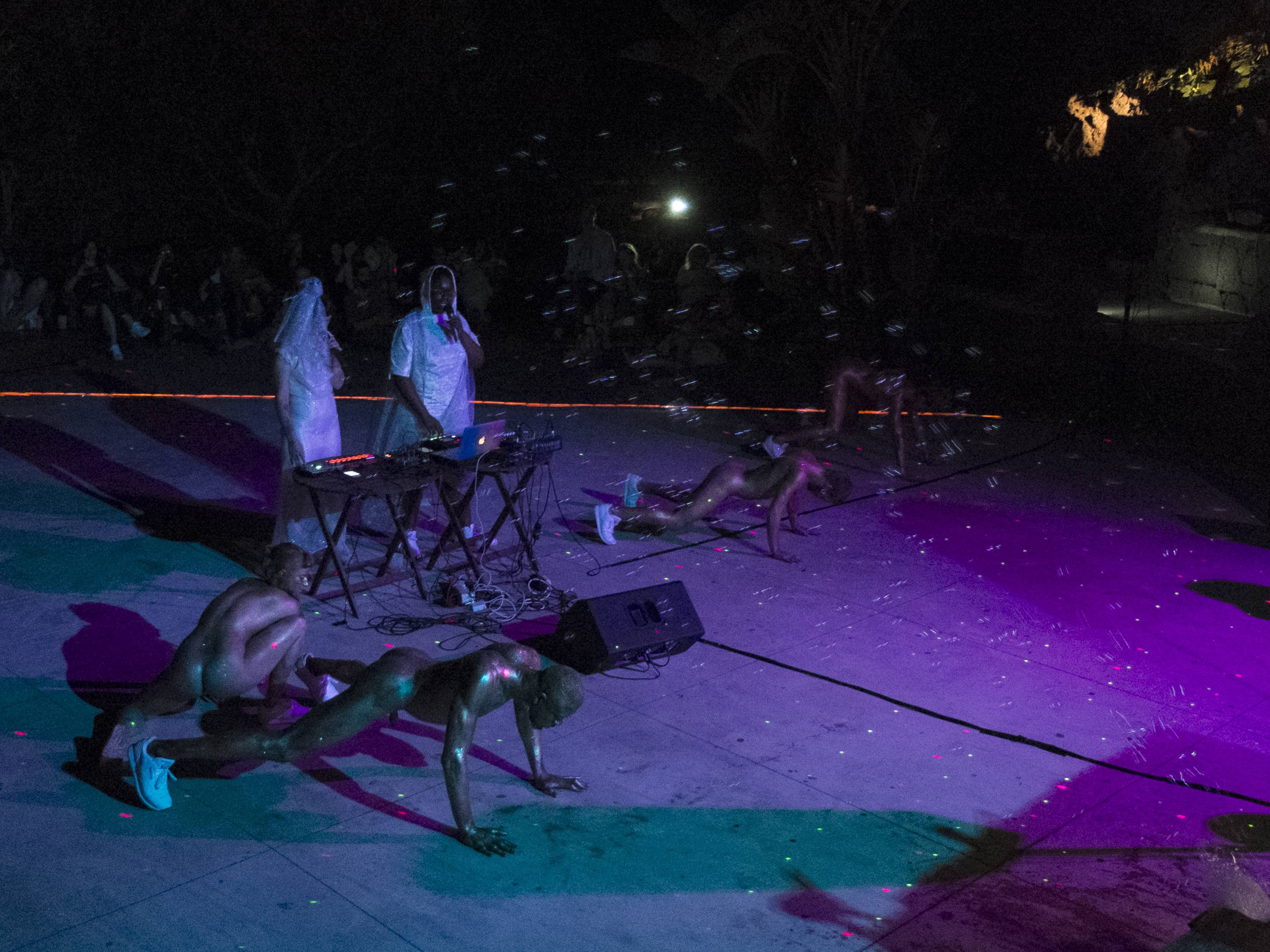 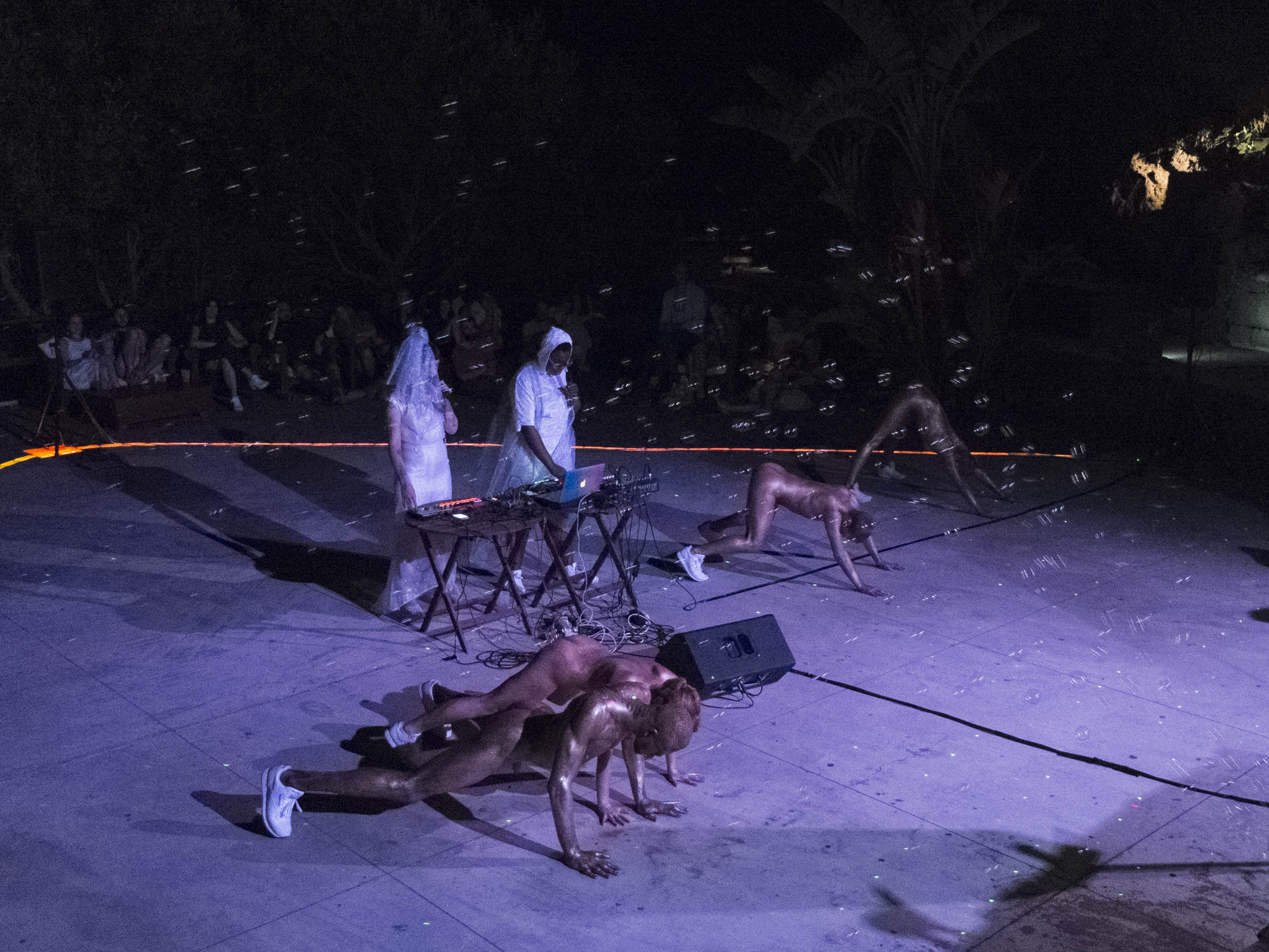 Once the variation came to its conclusion, the night continued, animated by the rhythms of DJs Jonjo Jury and Leo Mas, which had us dancing under the stars till dawn came… 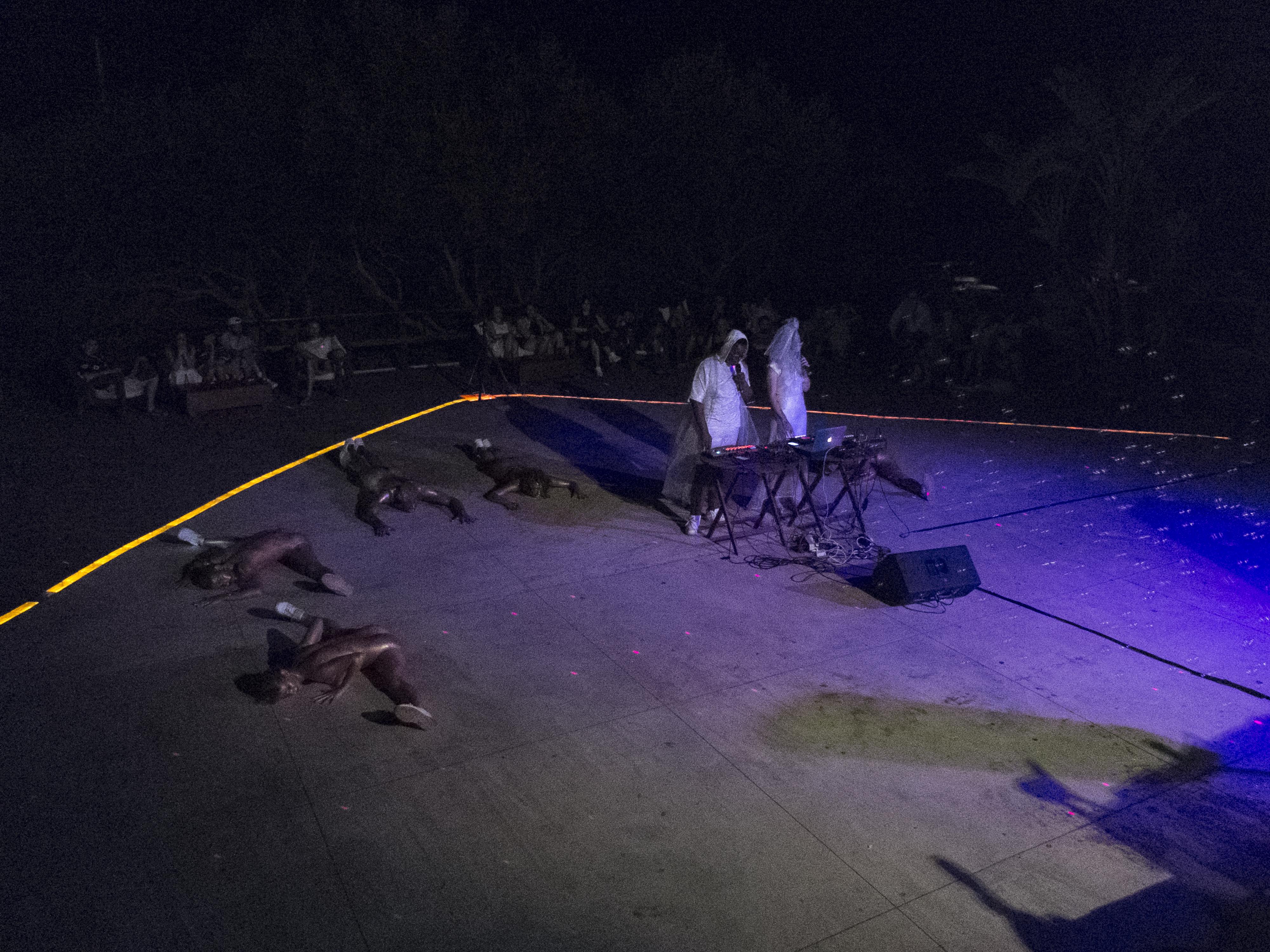 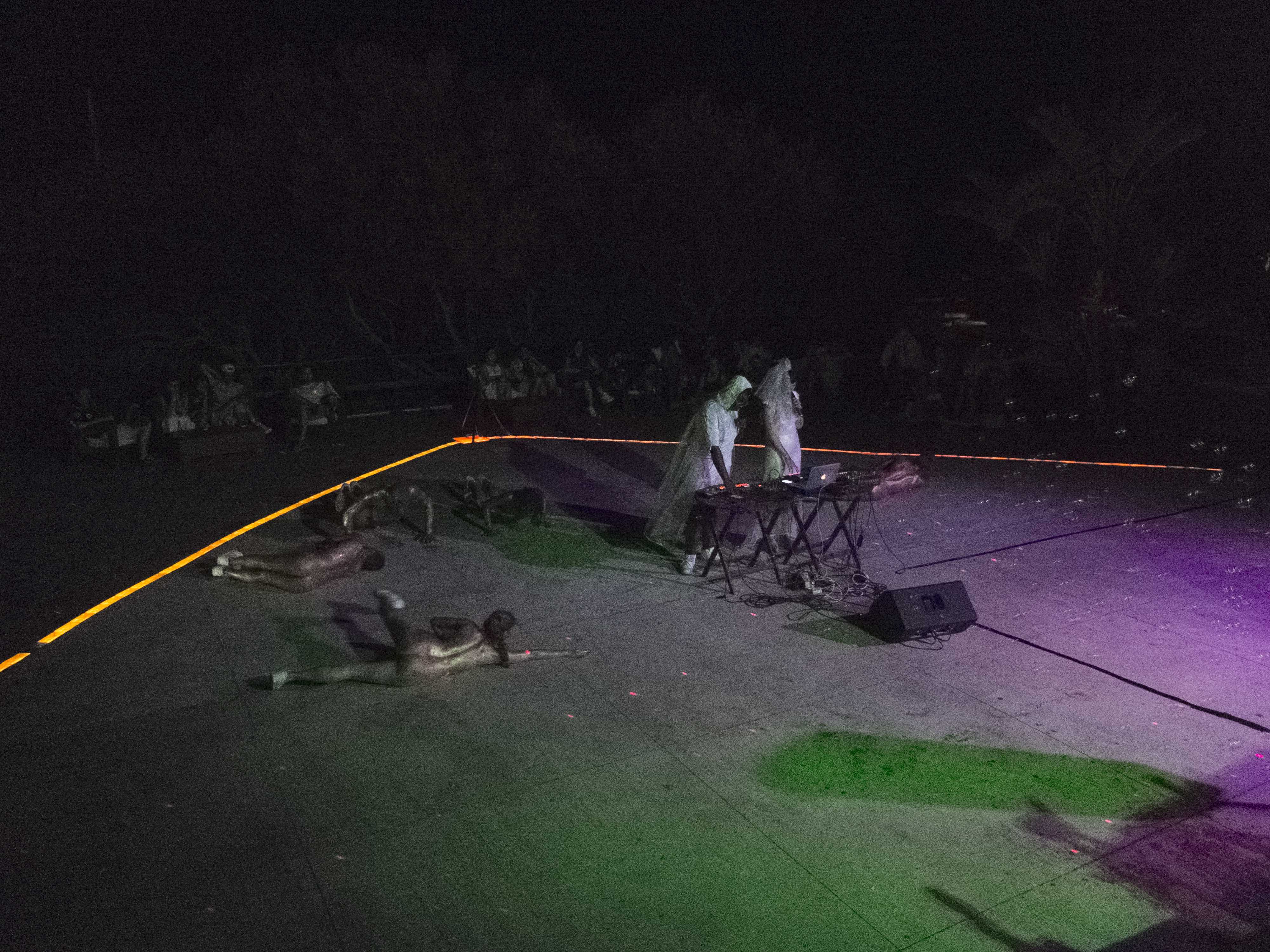 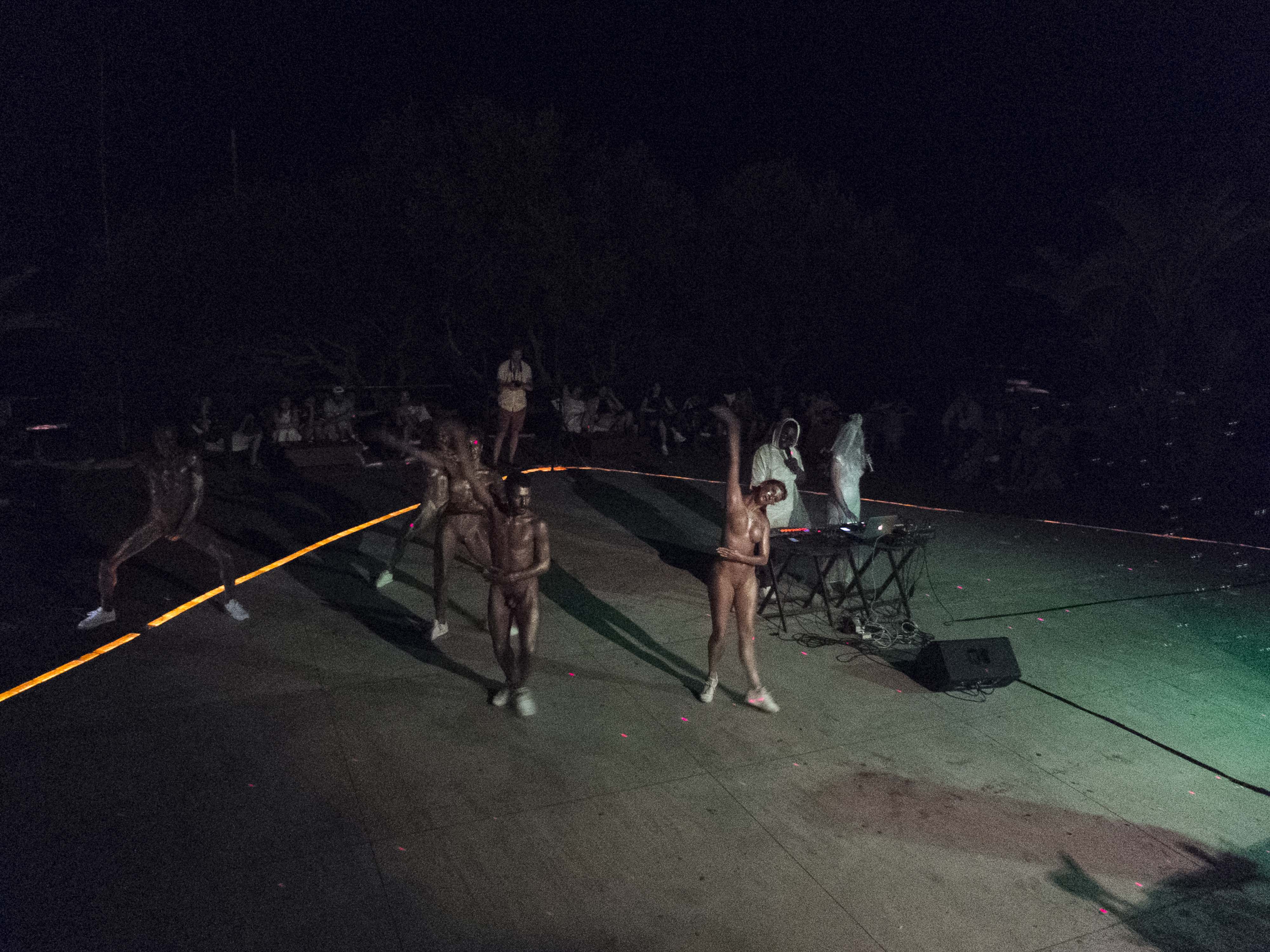 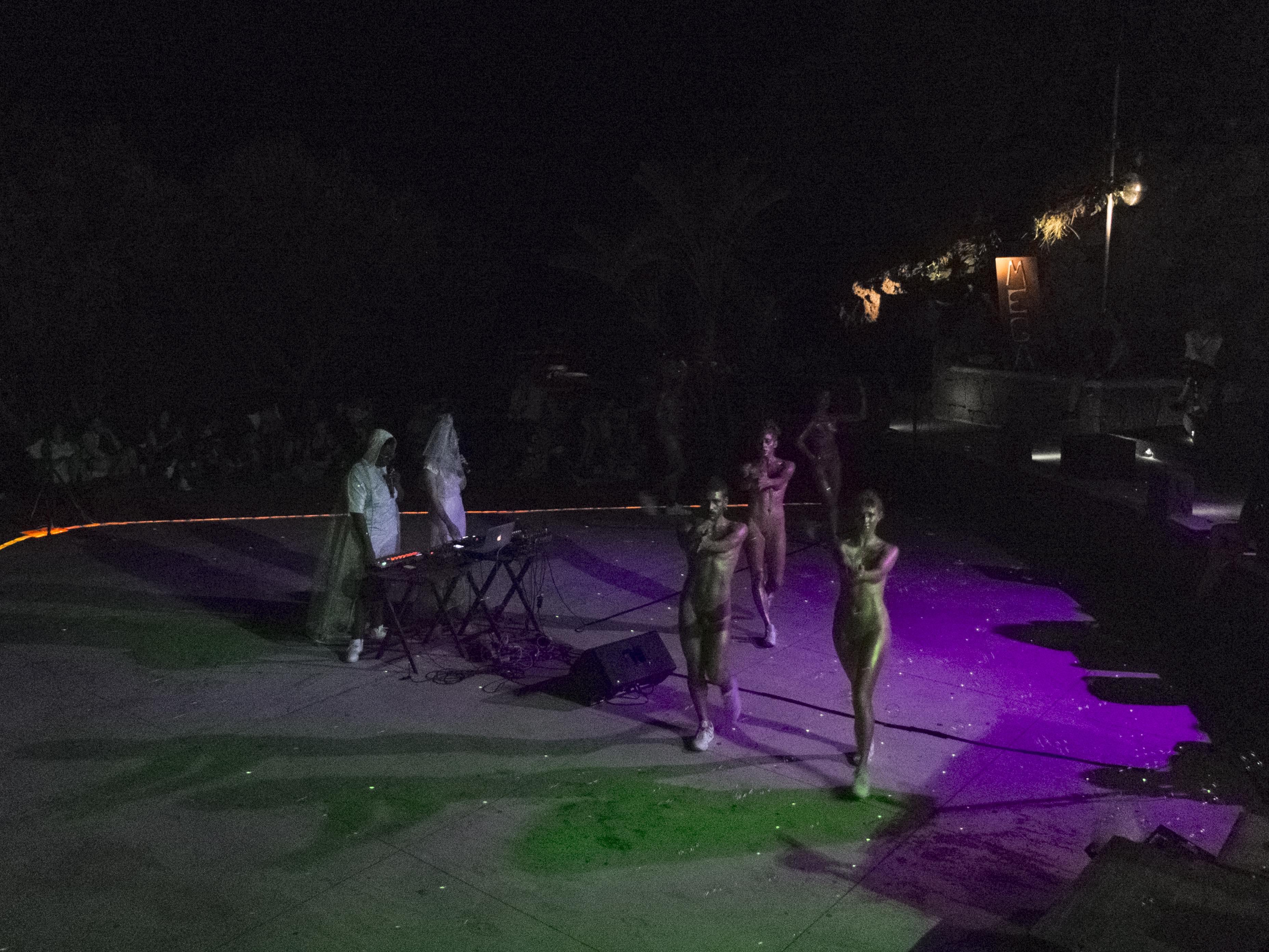 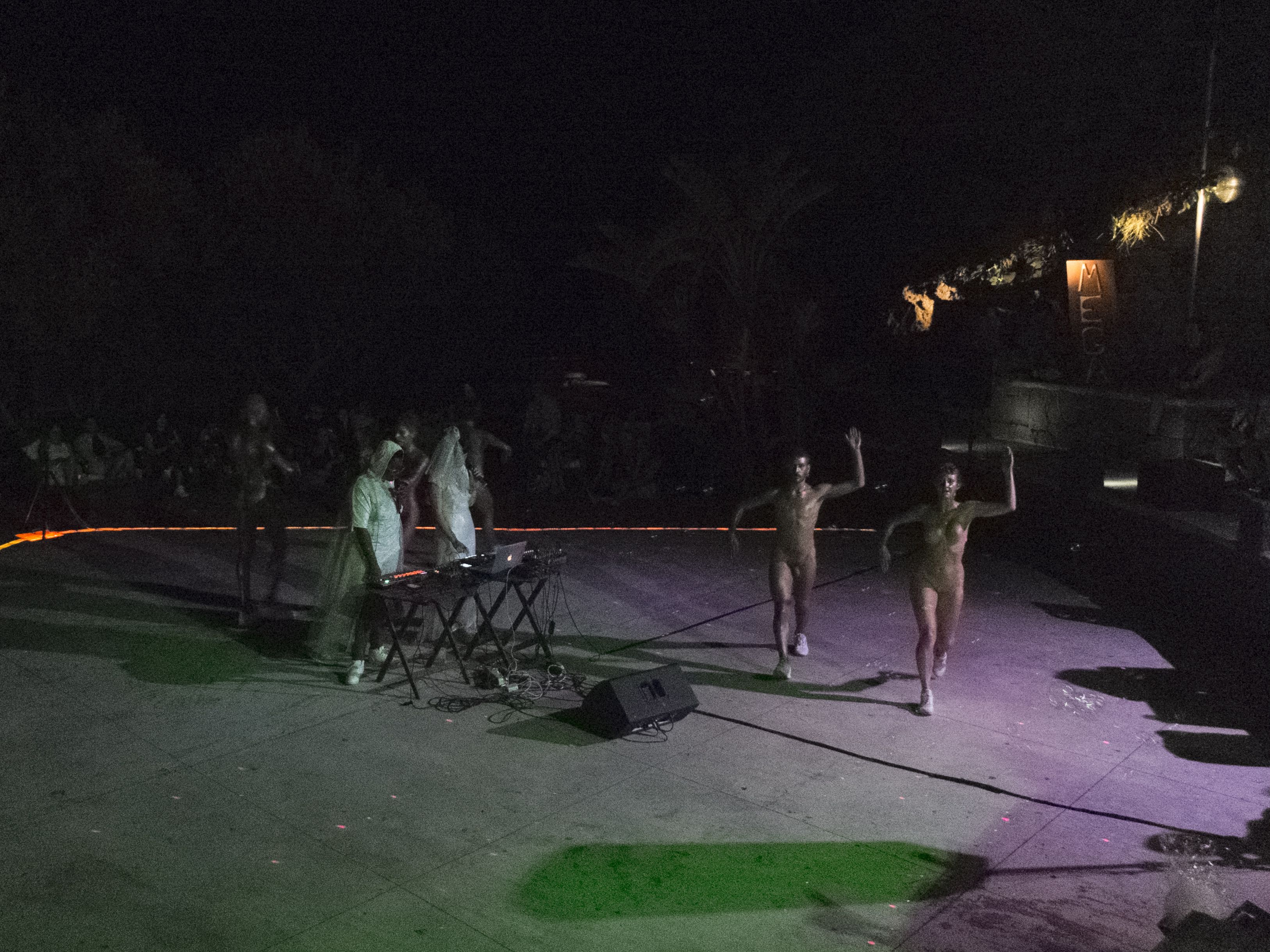 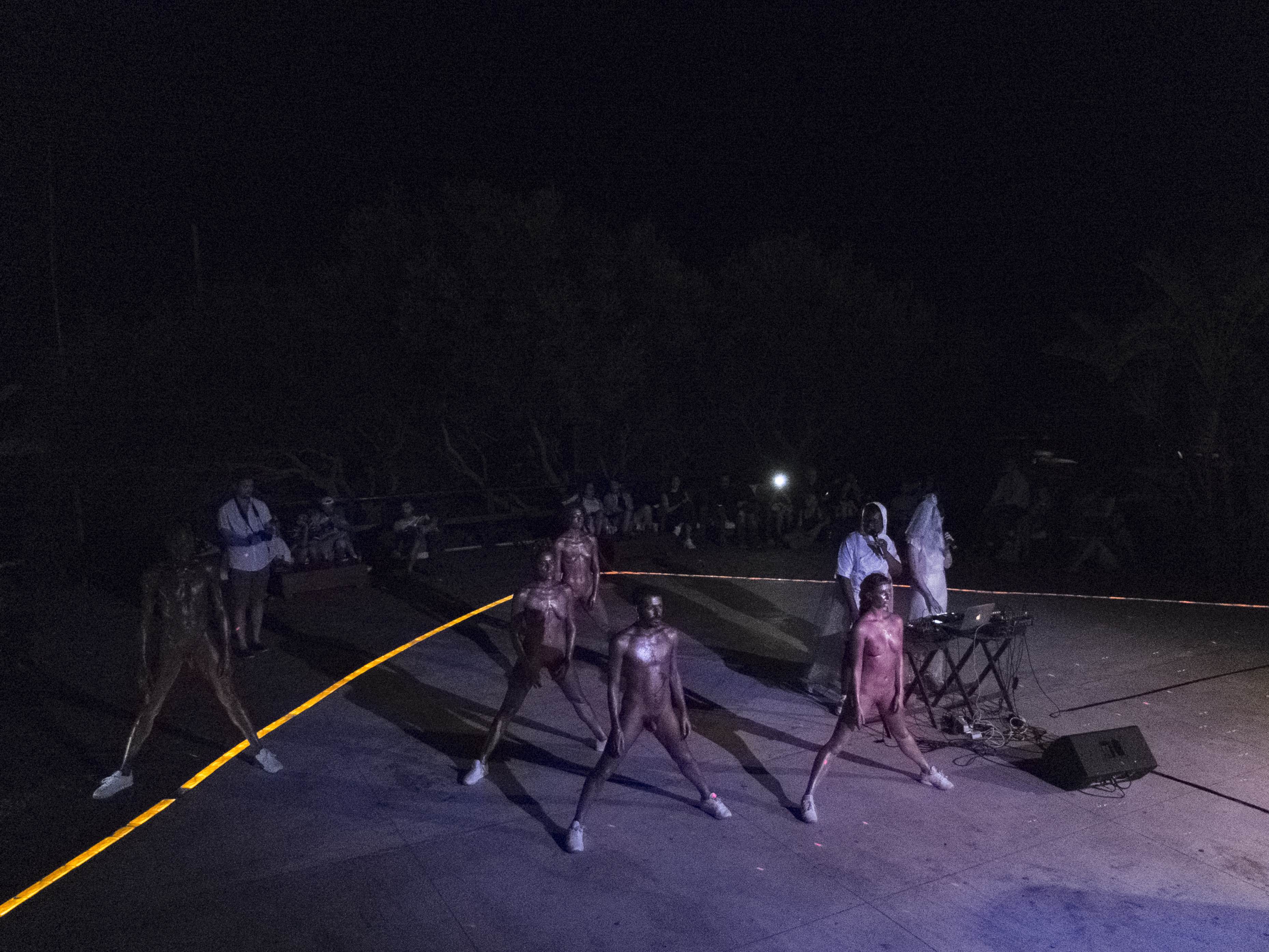