I Will Go Where I Don’t Belong – Naufrage 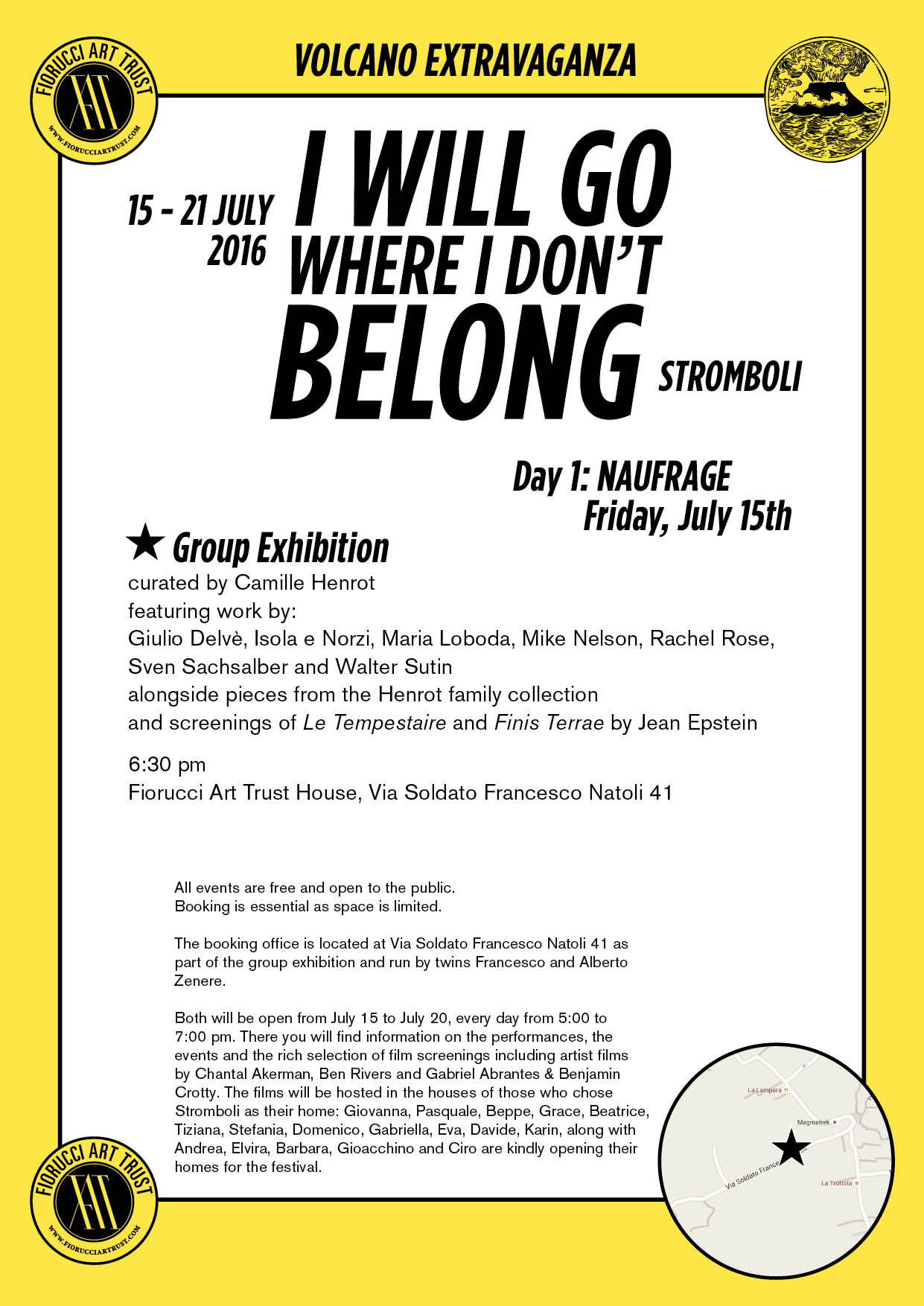 As we shipwrecked on Stromboli, the sixth edition of the festival began with a group exhibition curated by Camille Henrot. Contemplating the trauma and psychological environment of the domestic setting of the main house, Mike Nelson’s Diyagram (Amnesiac beach fire) – an assemblage of washed up cultural detritus – was shown alongside Isola e Norzi’s Prayer and Elsewhere, featuring a telescope that looked back to where we had come from.

A video work by Rachel Rose of an apocalyptic hailstorm and footage of Philip Johnson’s Glass House looked at anxieties, notions of catastrophe and the impact of our actions on the natural world. Walter Sutin’s drawings included one of the destruction of the ‘Gaza Freedom Flotilla’ in the Mediterranean Sea. 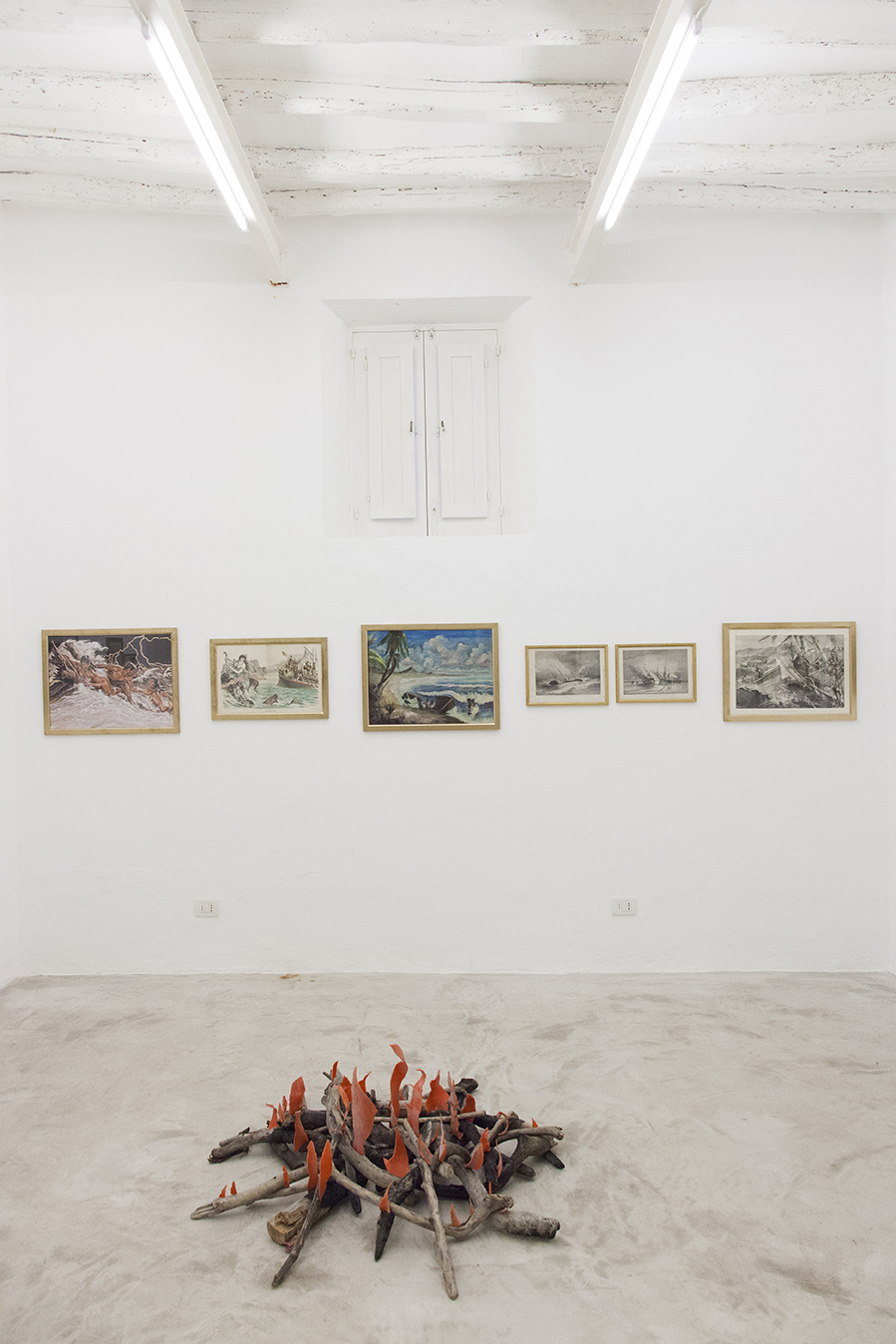 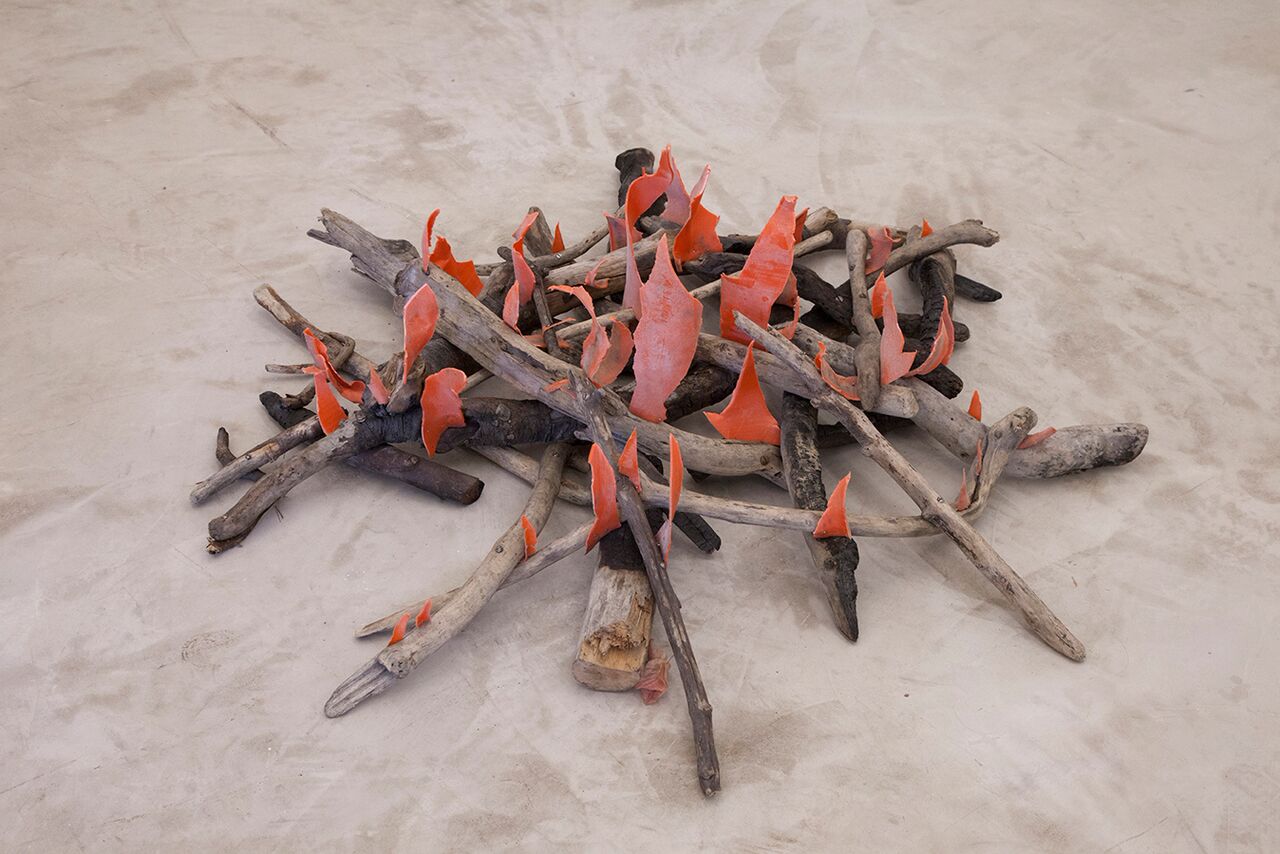 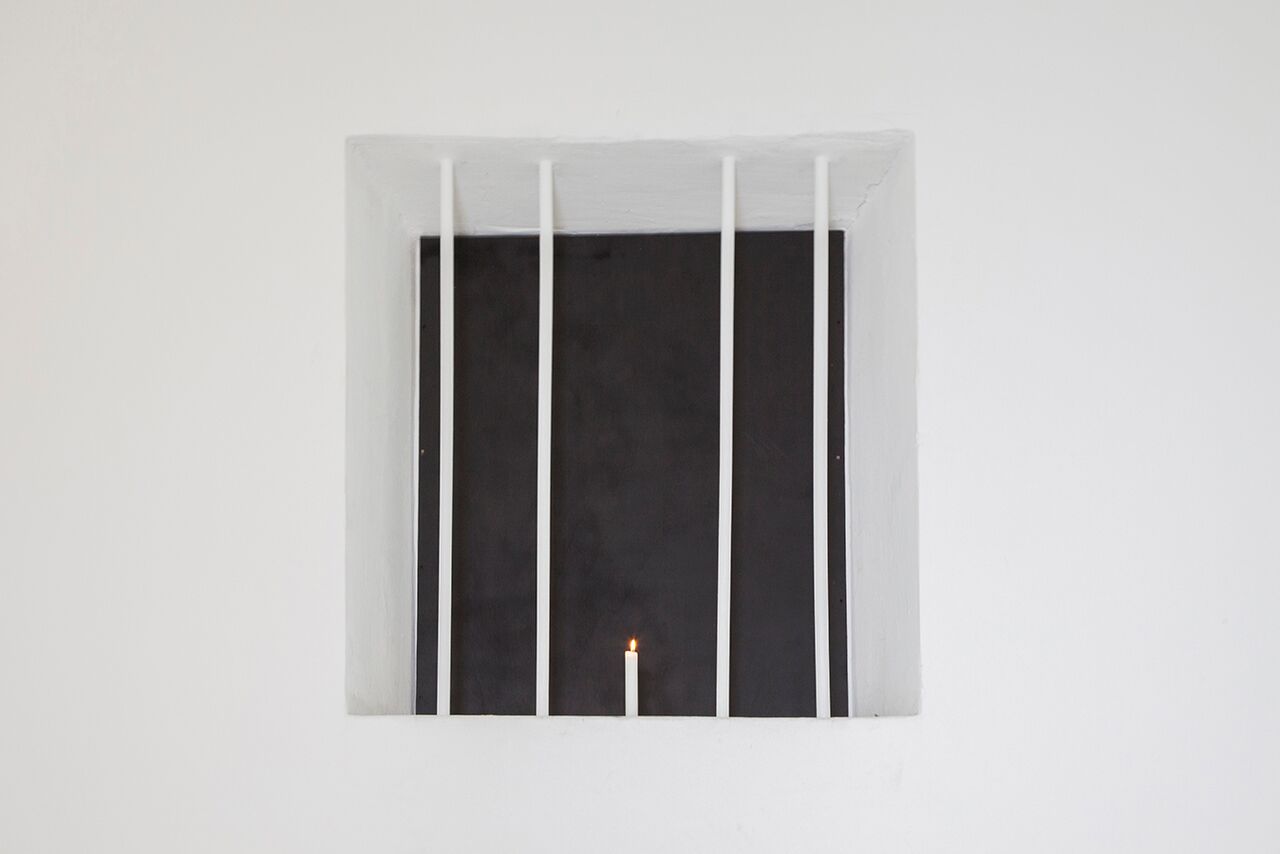 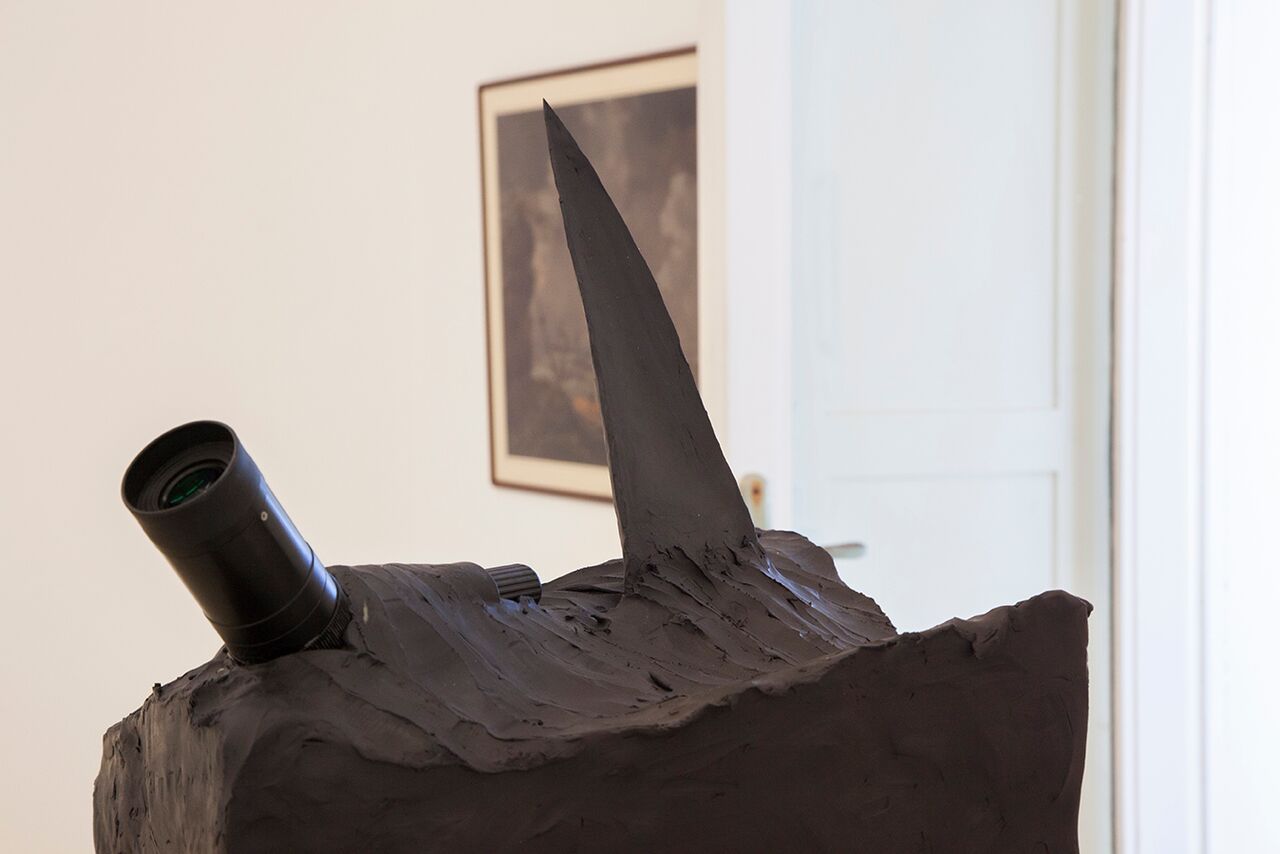 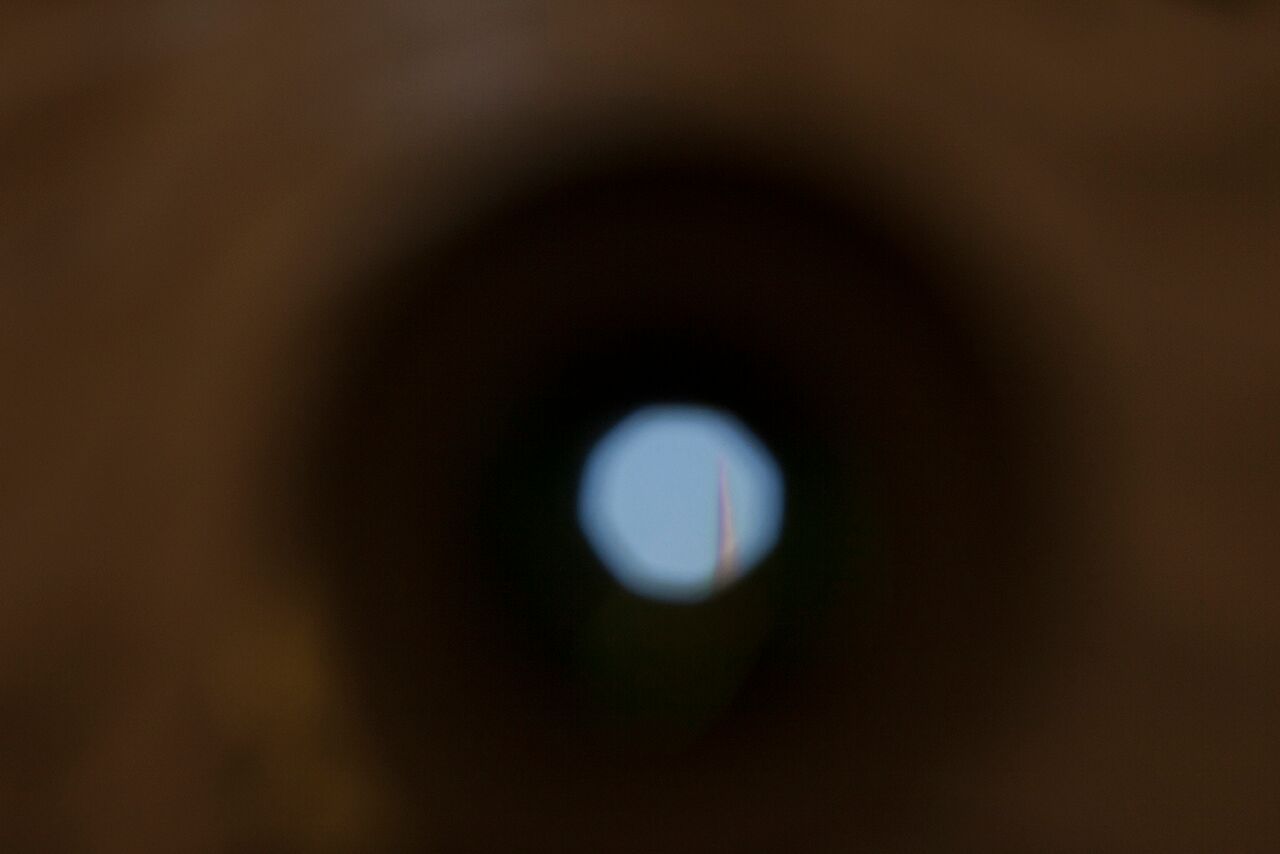 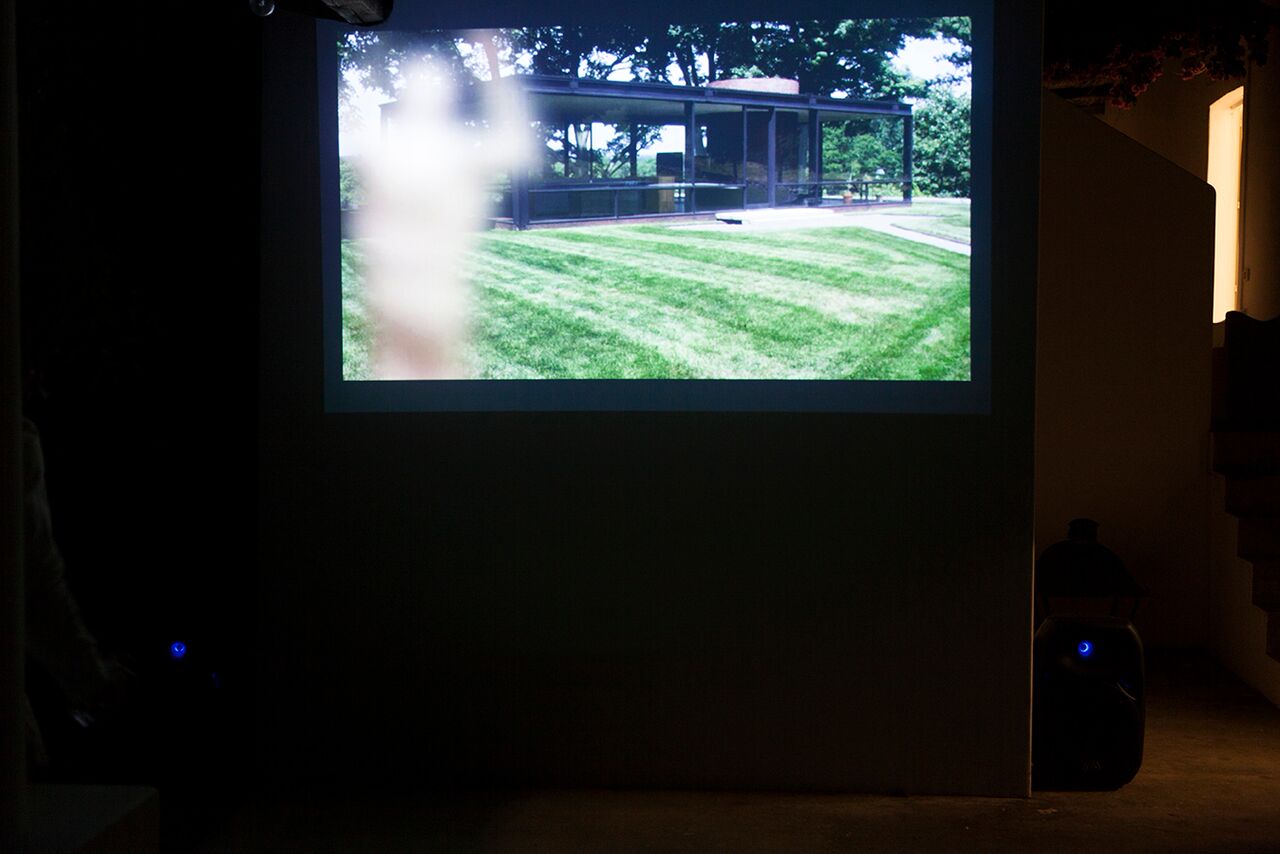 Camille Henrot’s mural of waves and mythical characters was overlaid with photos from ‘Crossing the Line Ceremonies’, along with works loaned from the Henrot Family’s own collection, including gouache paintings of shipwrecks and storms as well as prints and books recalling domestic visuals from Camille Henrot’s childhood.

Jean Epstein’s Le Tempestaire (1947) – in which a young woman calls upon a witch to swallow an approaching storm to protect her lover at sea – and Finis Terrae (1928) were projected outside. 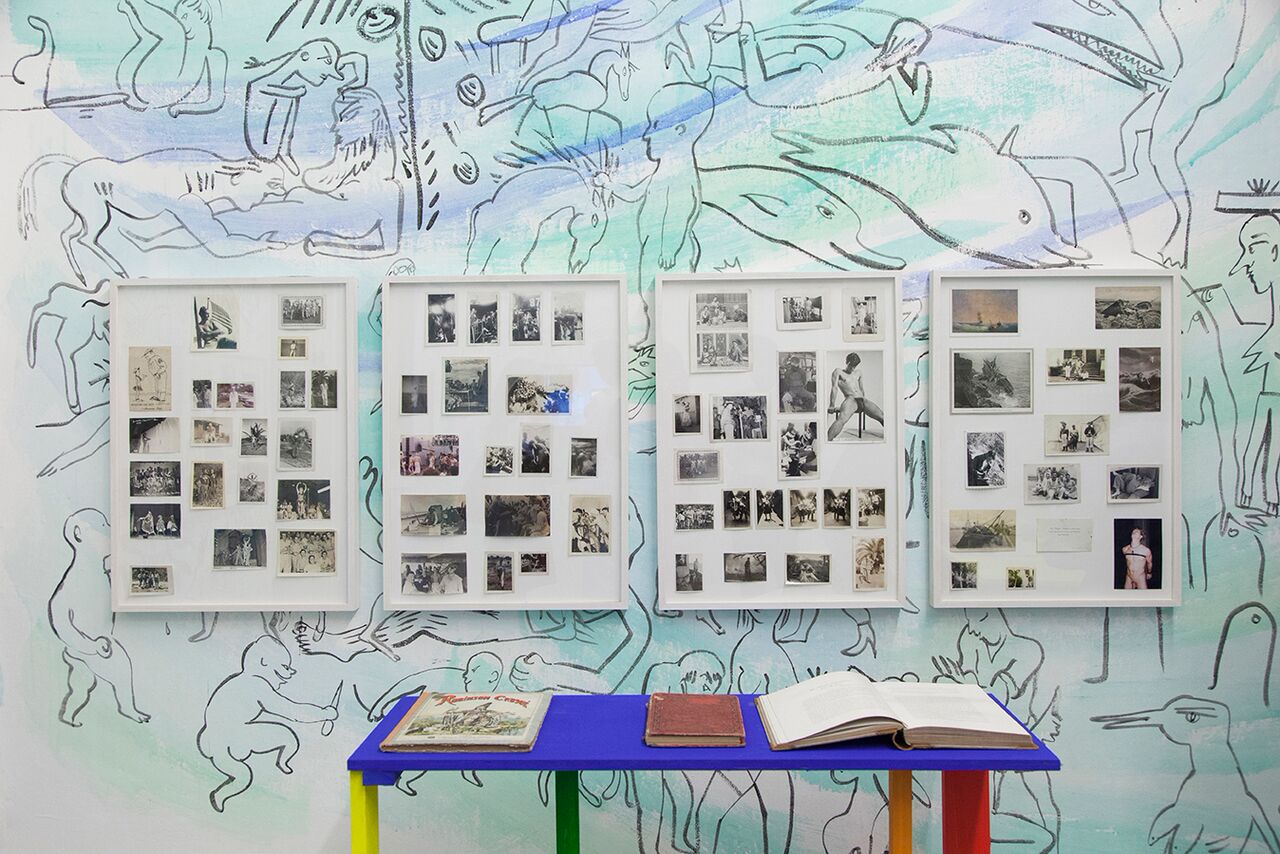 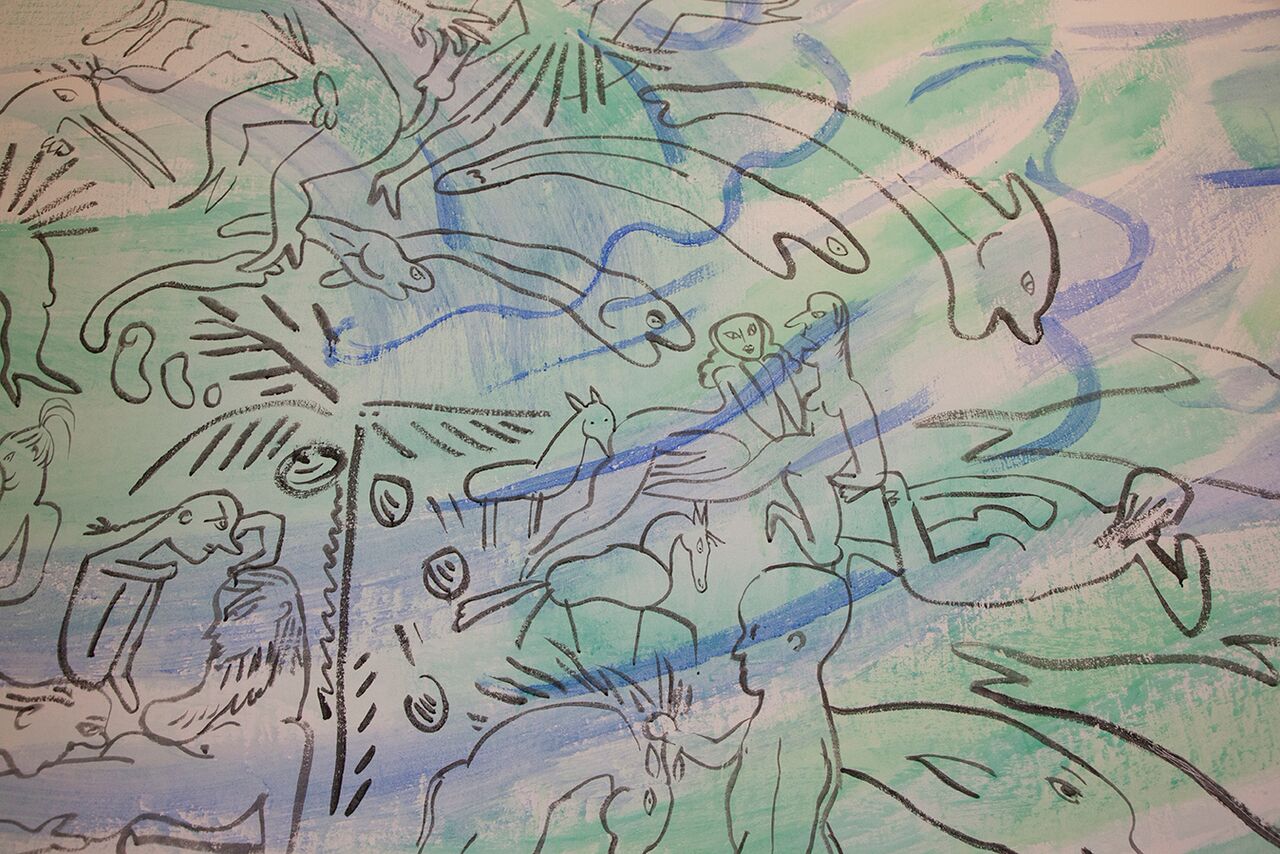 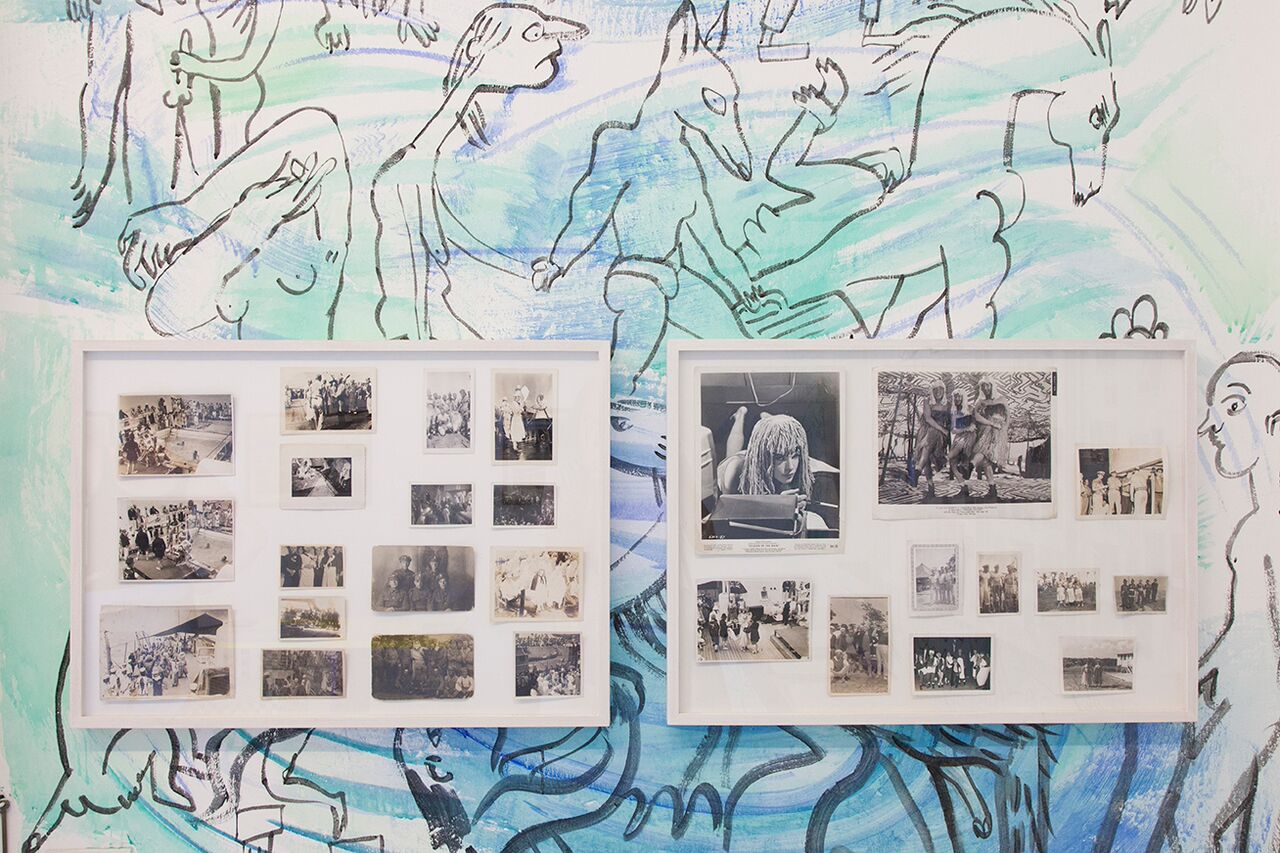 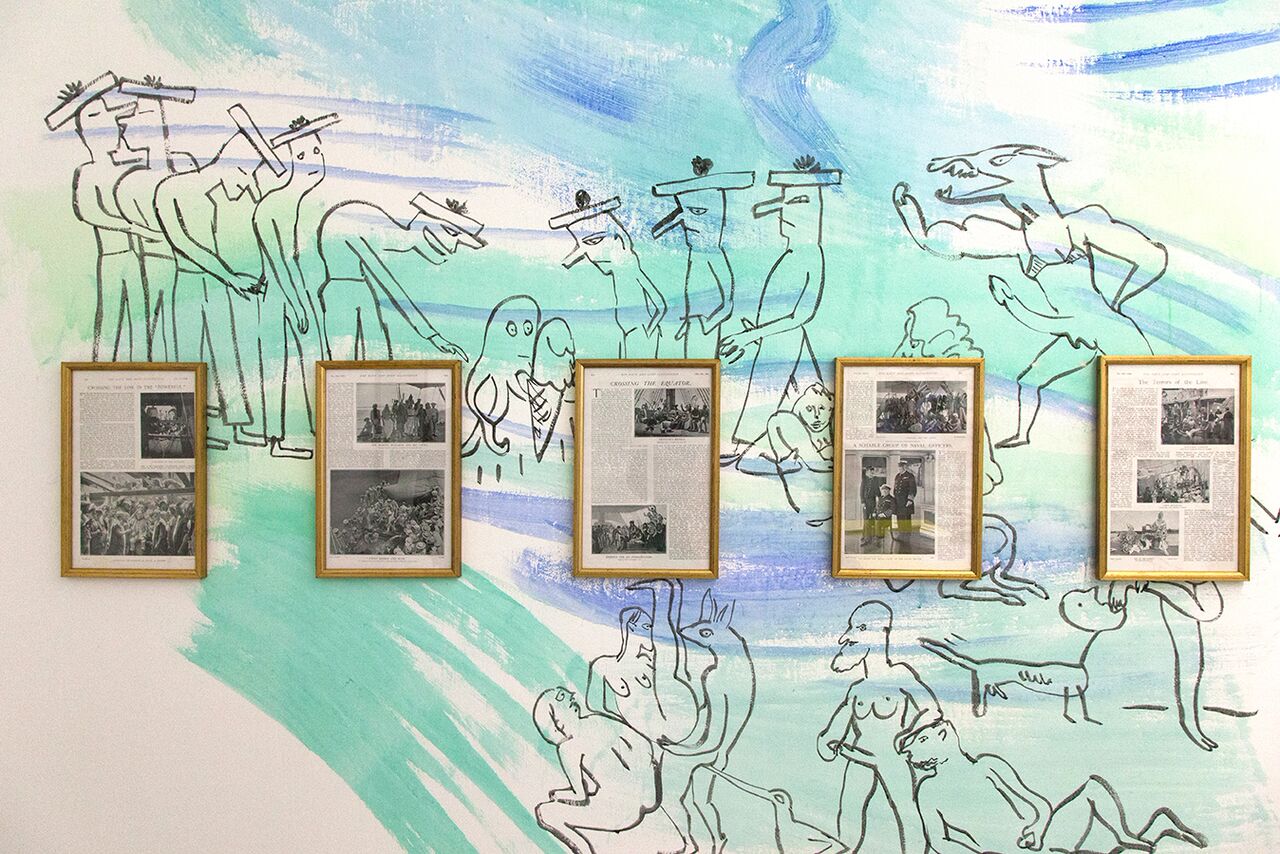 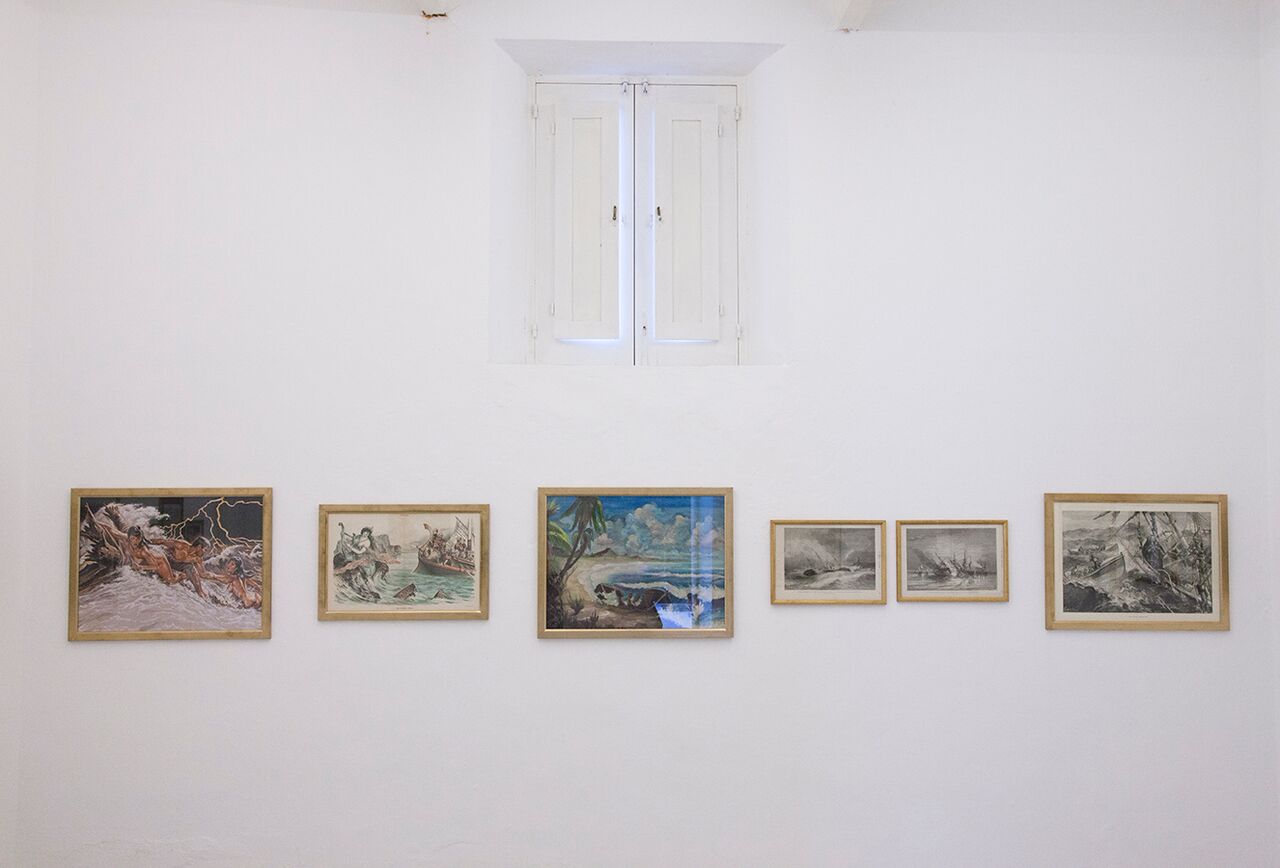 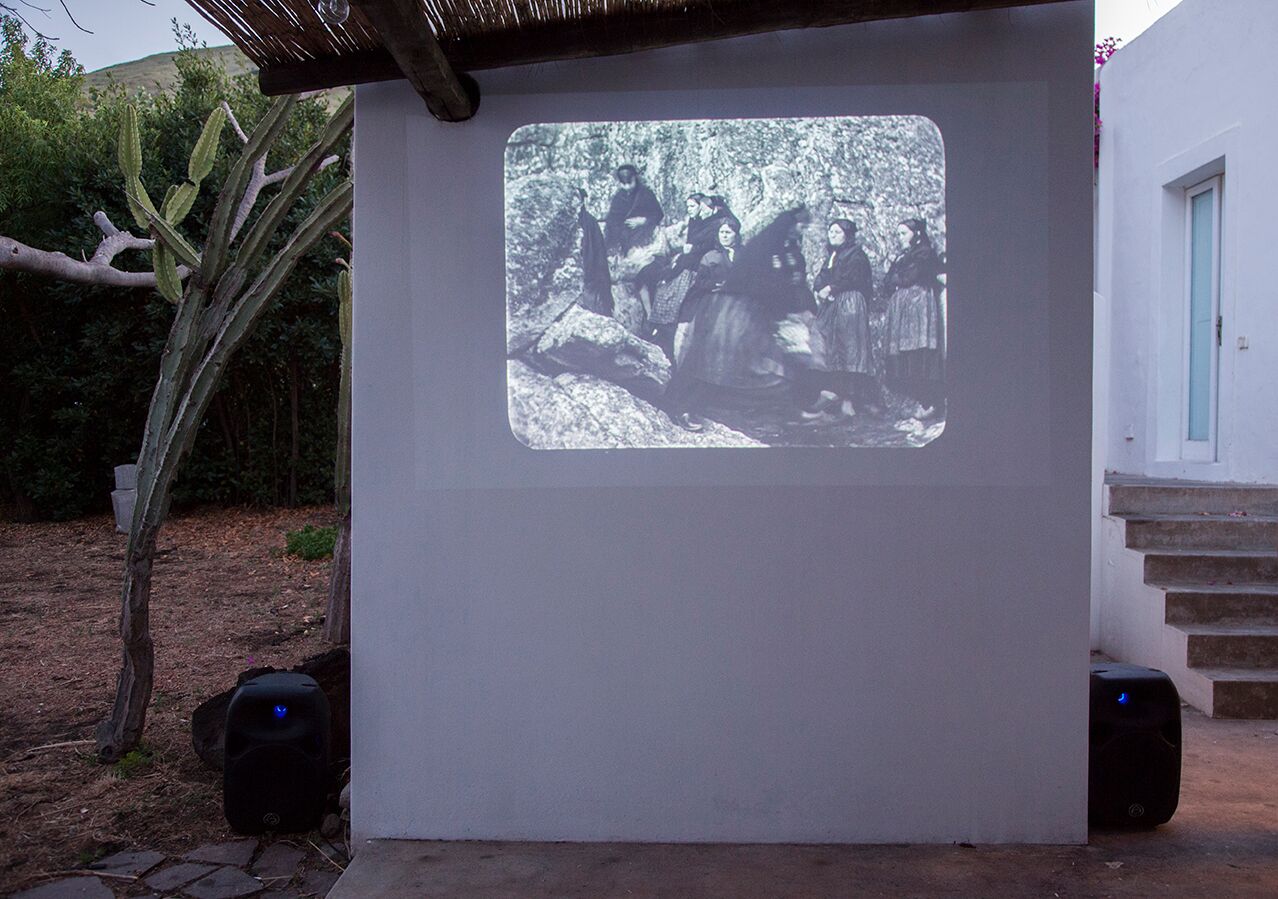 Sven Sachsalber’s brightly coloured desk and black and white chequered chairs, provided the setting for a battle between good and evil, as twins Alberto and Francesco Zenere – who were never to be seen together, creating a sense of unease from the first moments – oversaw the day by day film programme from the booking office.

Giulio Delvè’s Moonshining - a totem-like drinking machine – joined guests together via a vessel that could not be separated, distributing distilled spirits simultaneously and collectively. Activated during the week of the full moon it formed, together with the volcano, an incredible and almost ritualistic energy and magnetism.

Maria Loboda’s Witch’s Ladder made from sisal rope and Lady Amherst pheasant feathers was like steps that could be ascended, perhaps to where we did not belong. 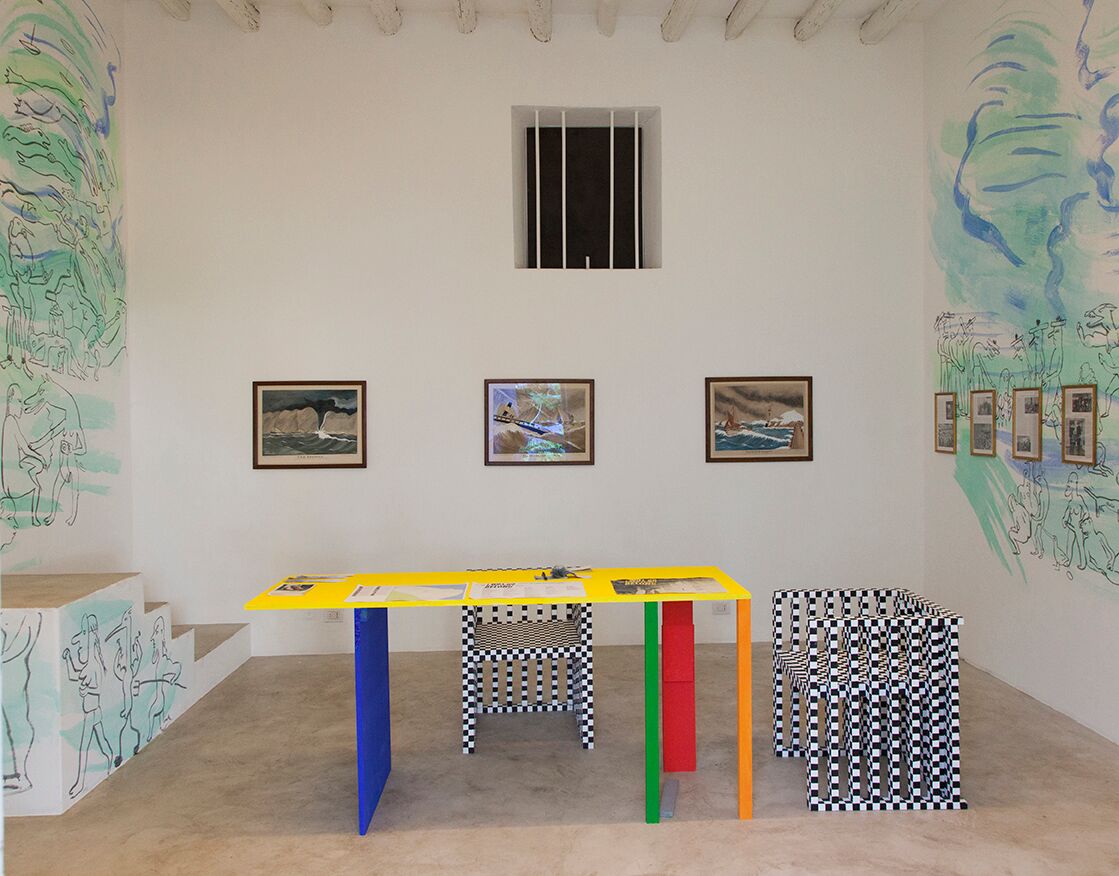 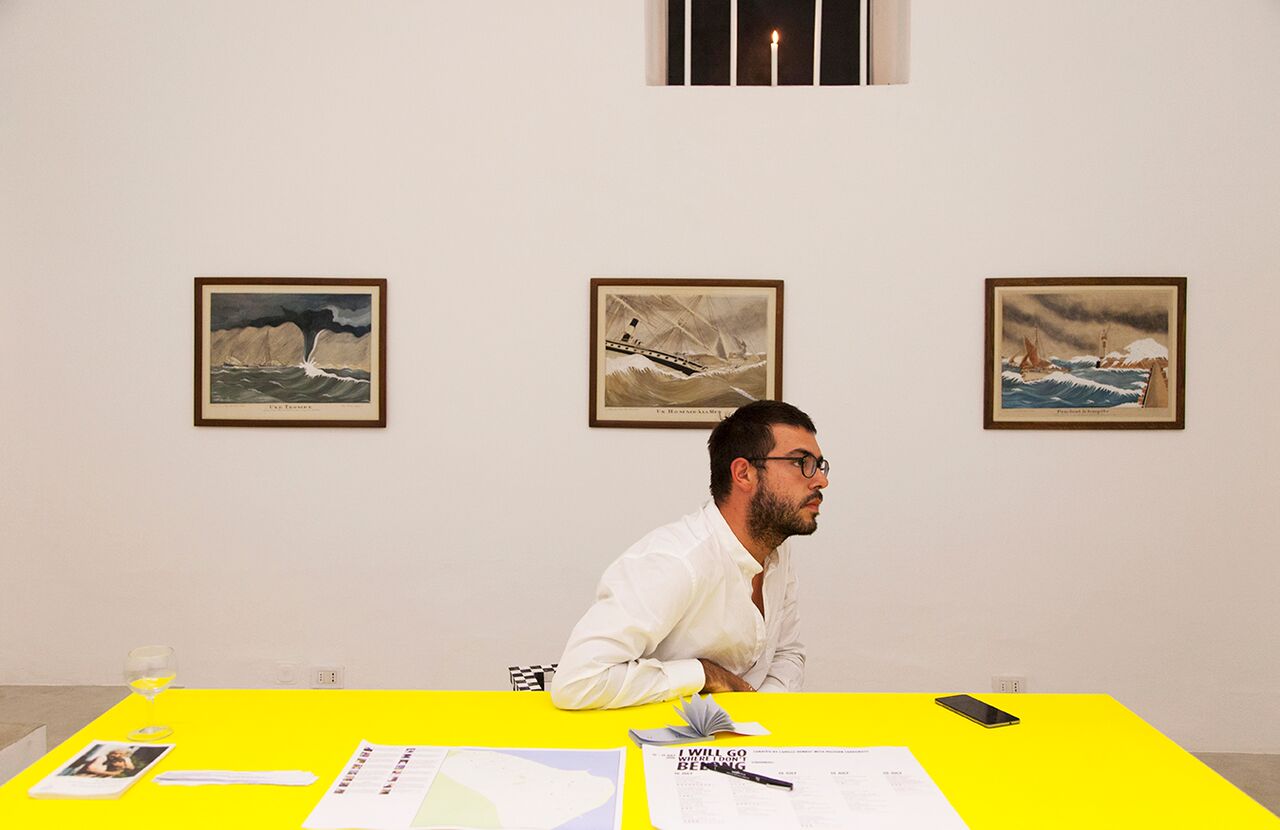 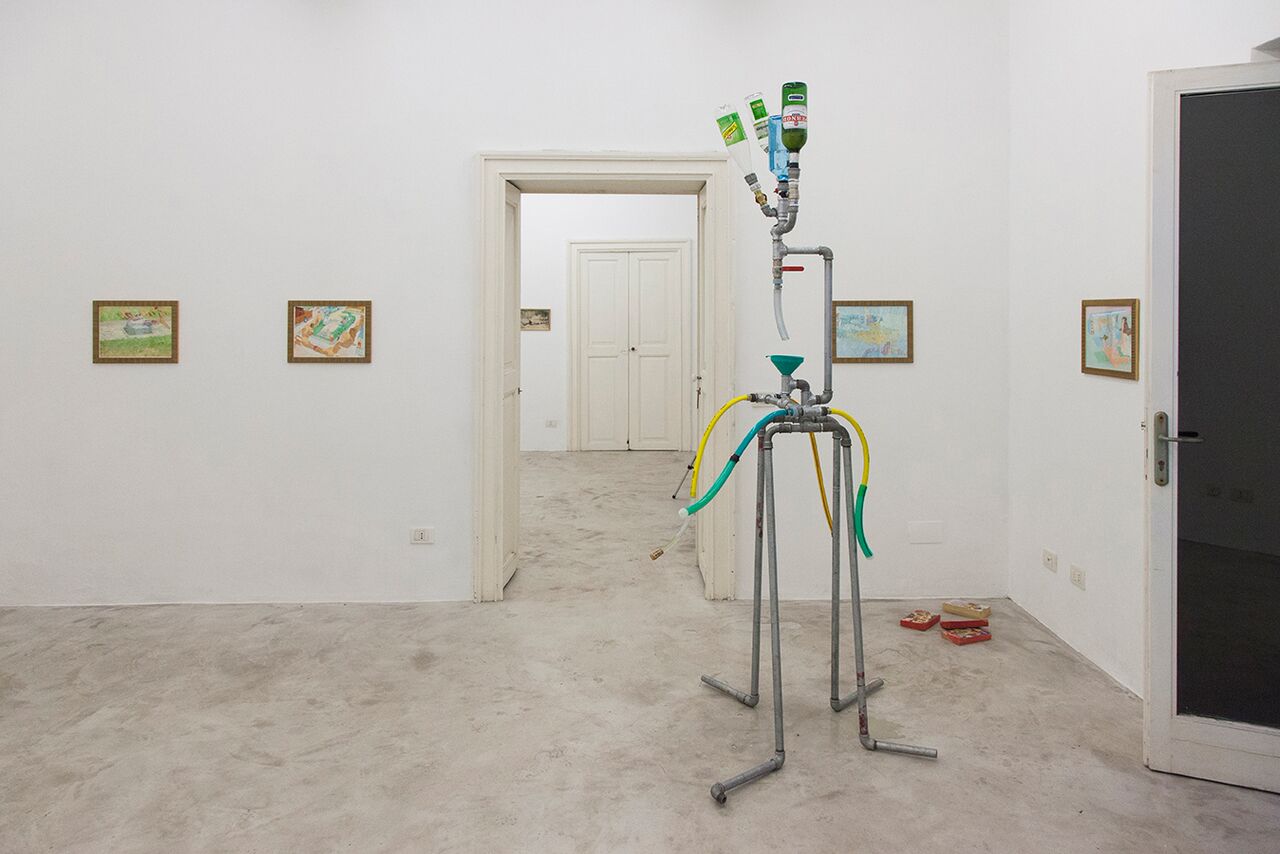 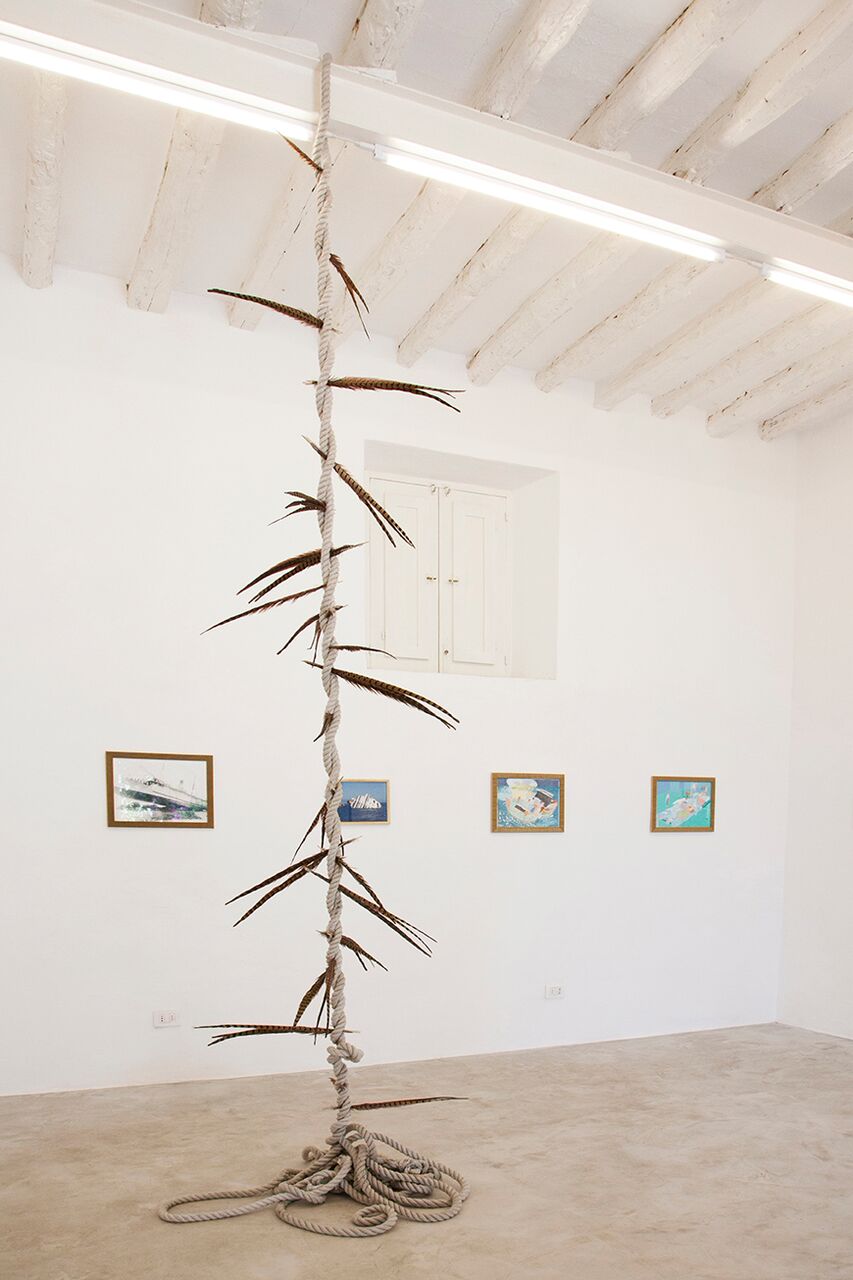 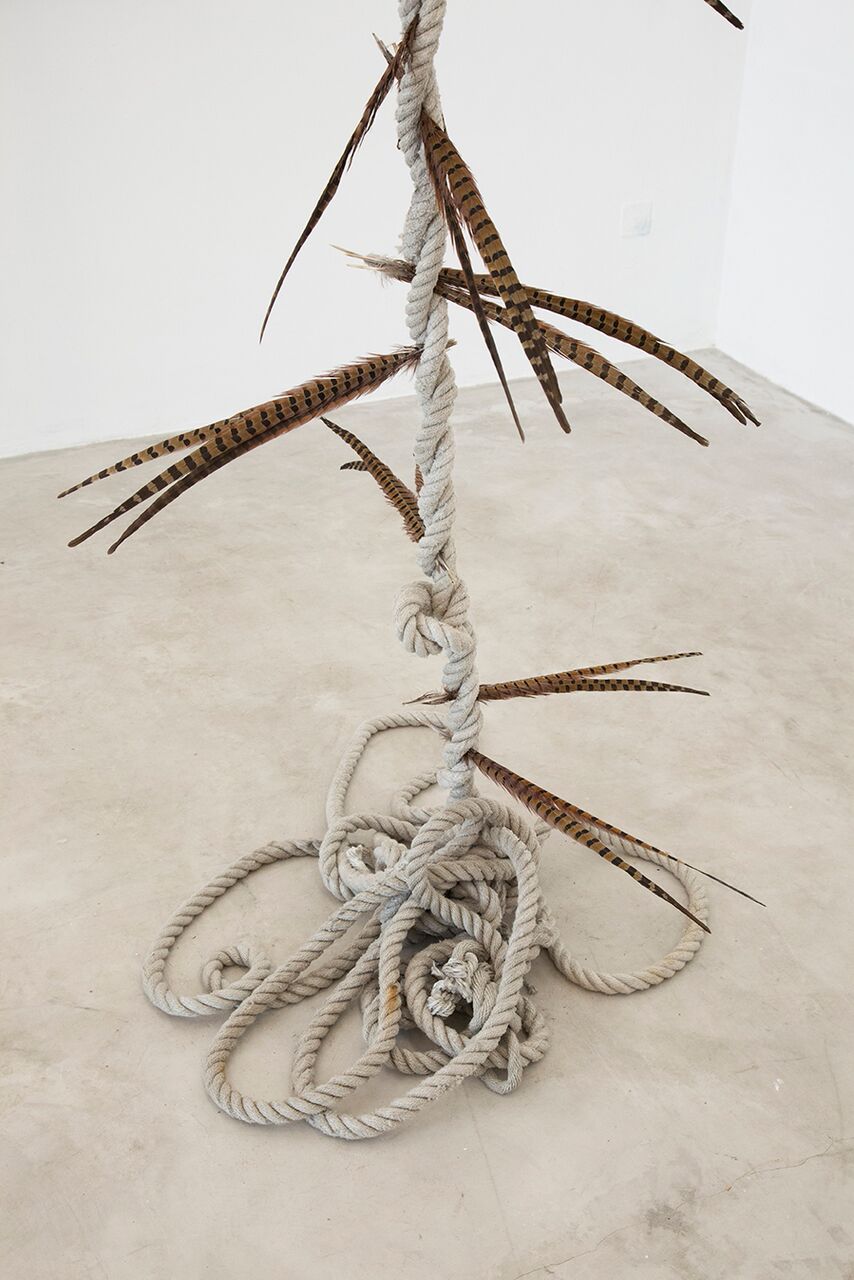 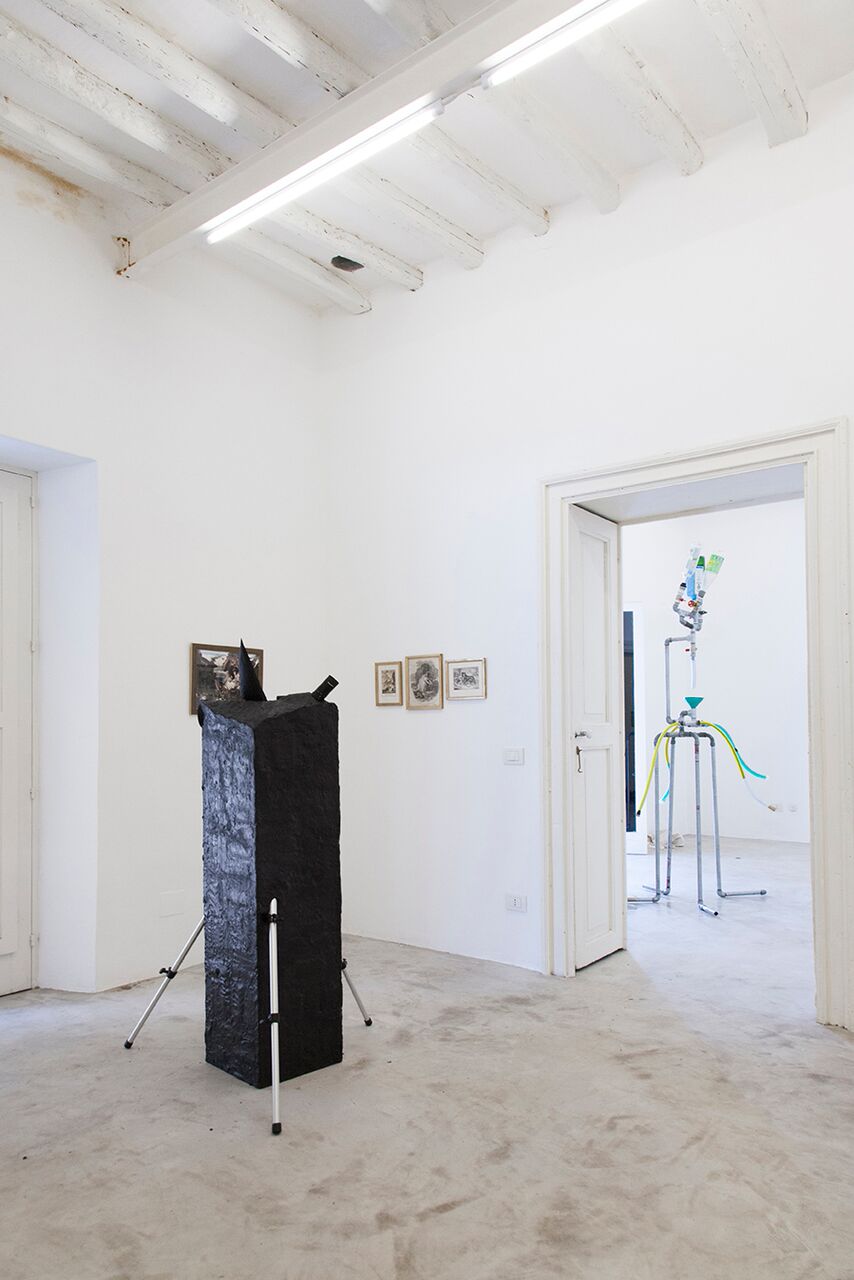 The dress code for the evening was Marinaro and we gathered together and ate from plates designed by Camille, painted with the story of the Odyssey. 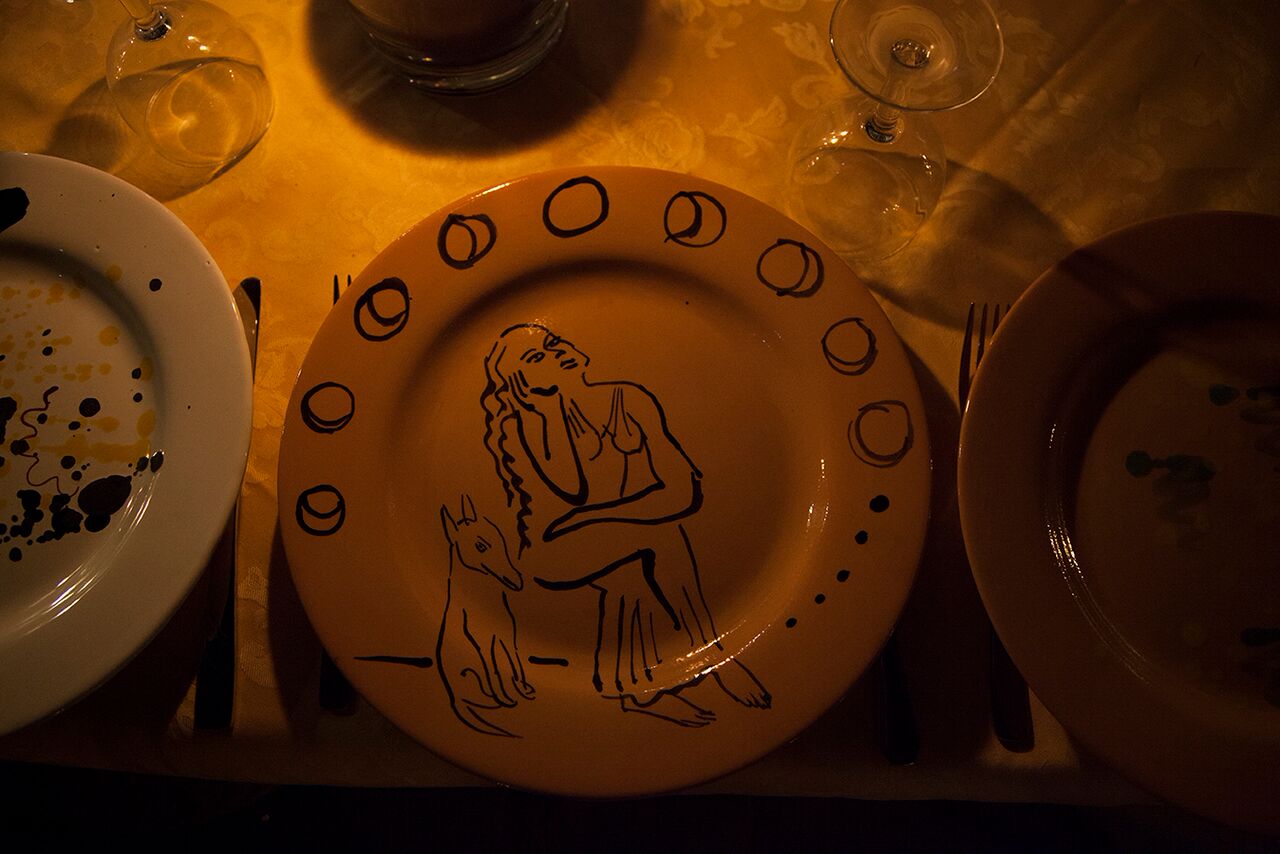 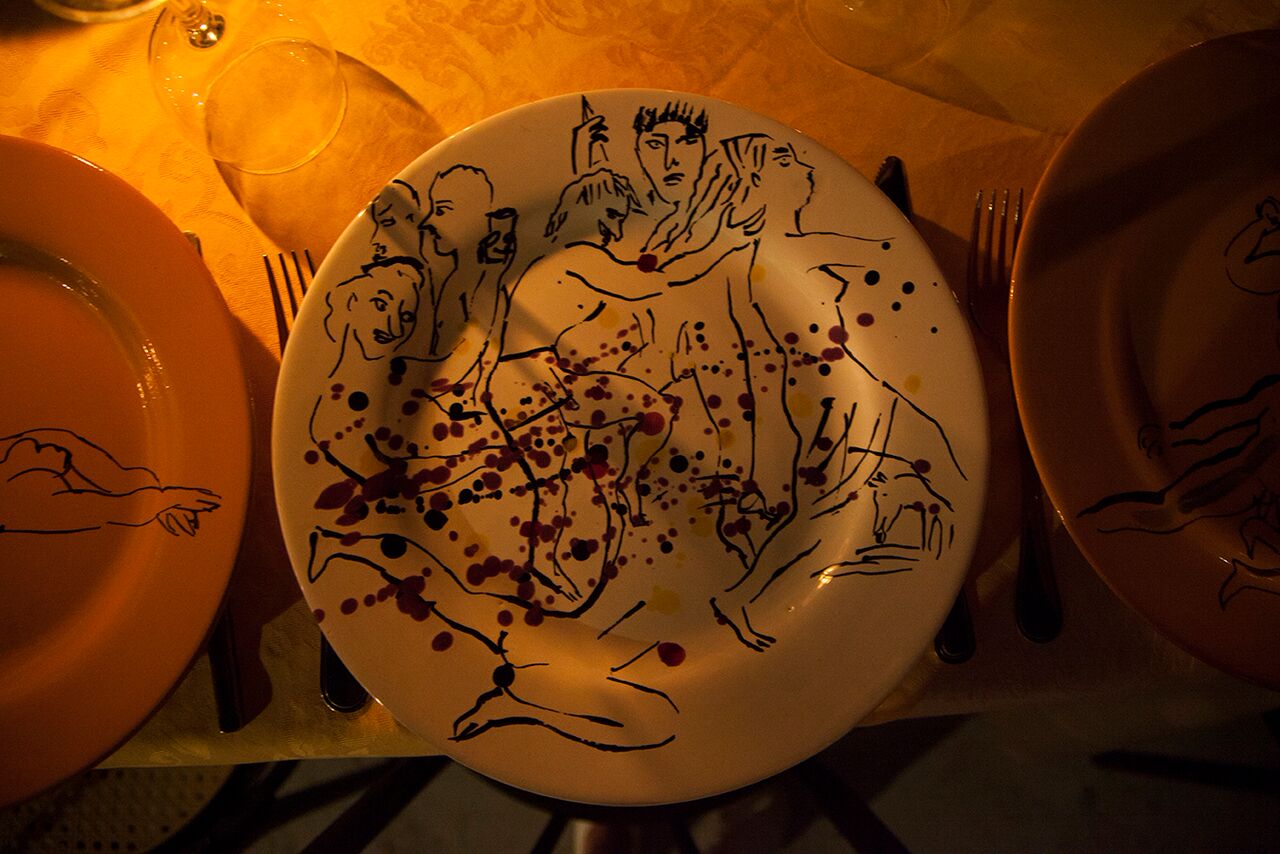 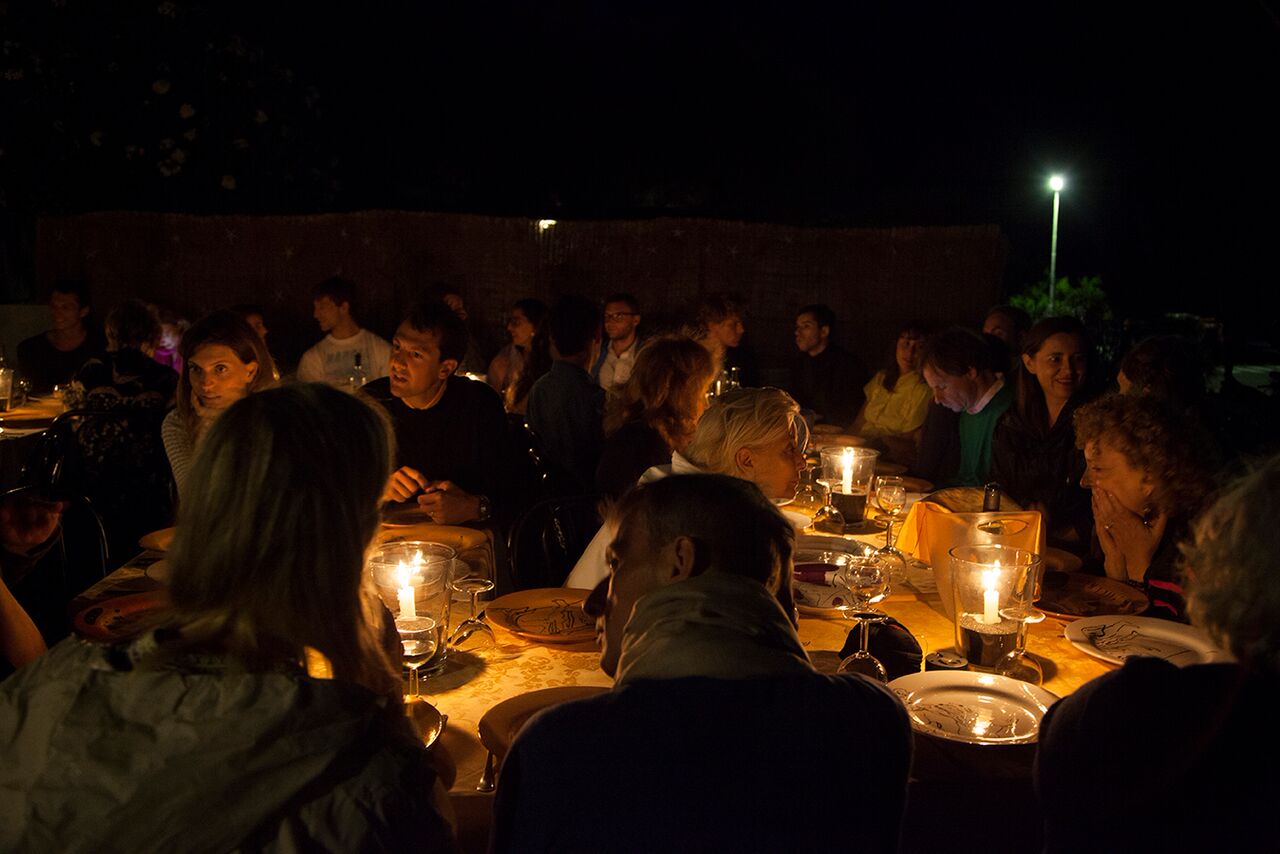 Down at the port, there was an imminent storm approaching and the crashing waves were bringing possibilities in their wake. Was it an omen? 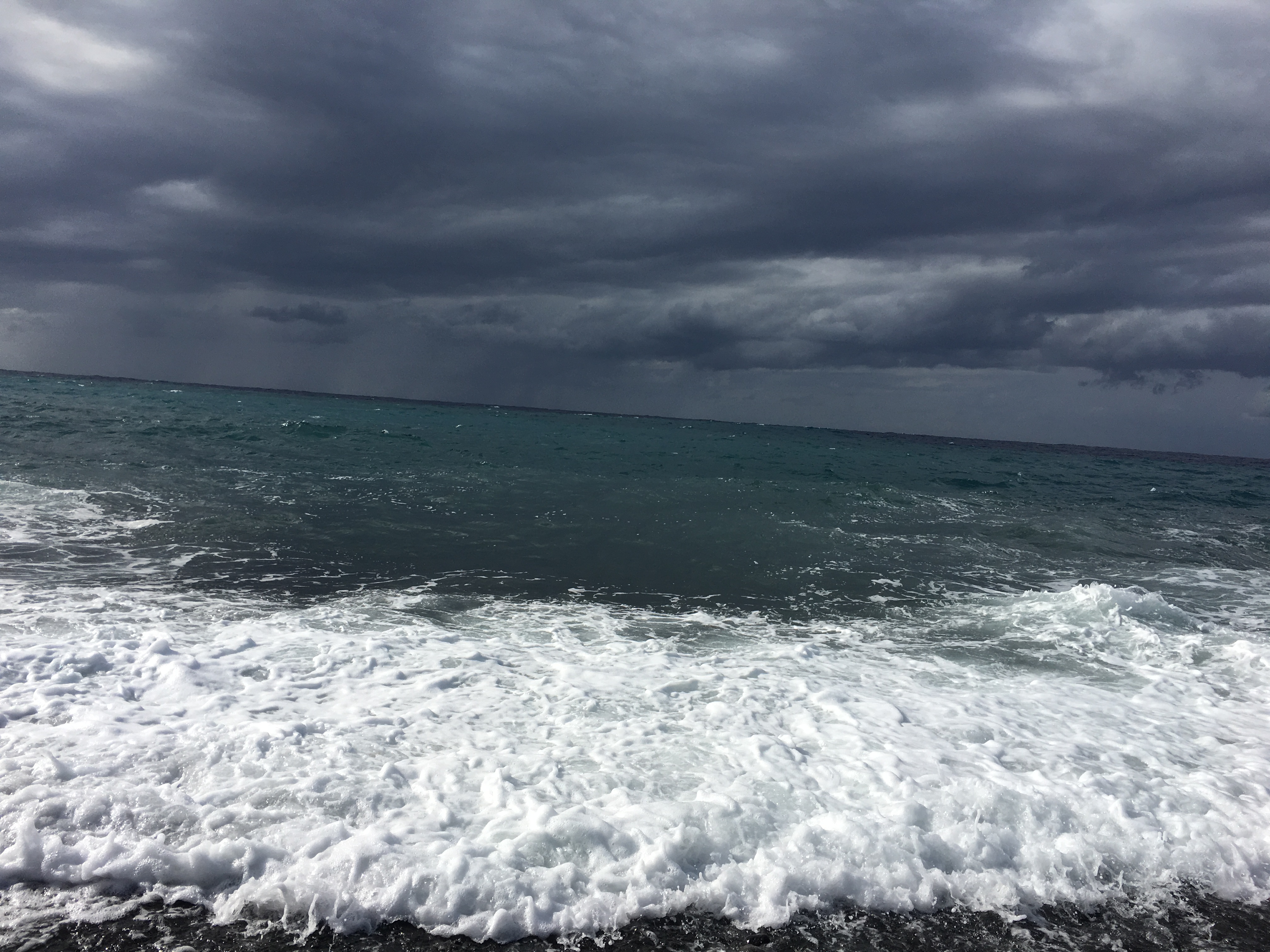