I Will Go Where I Don’t Belong – Isolation 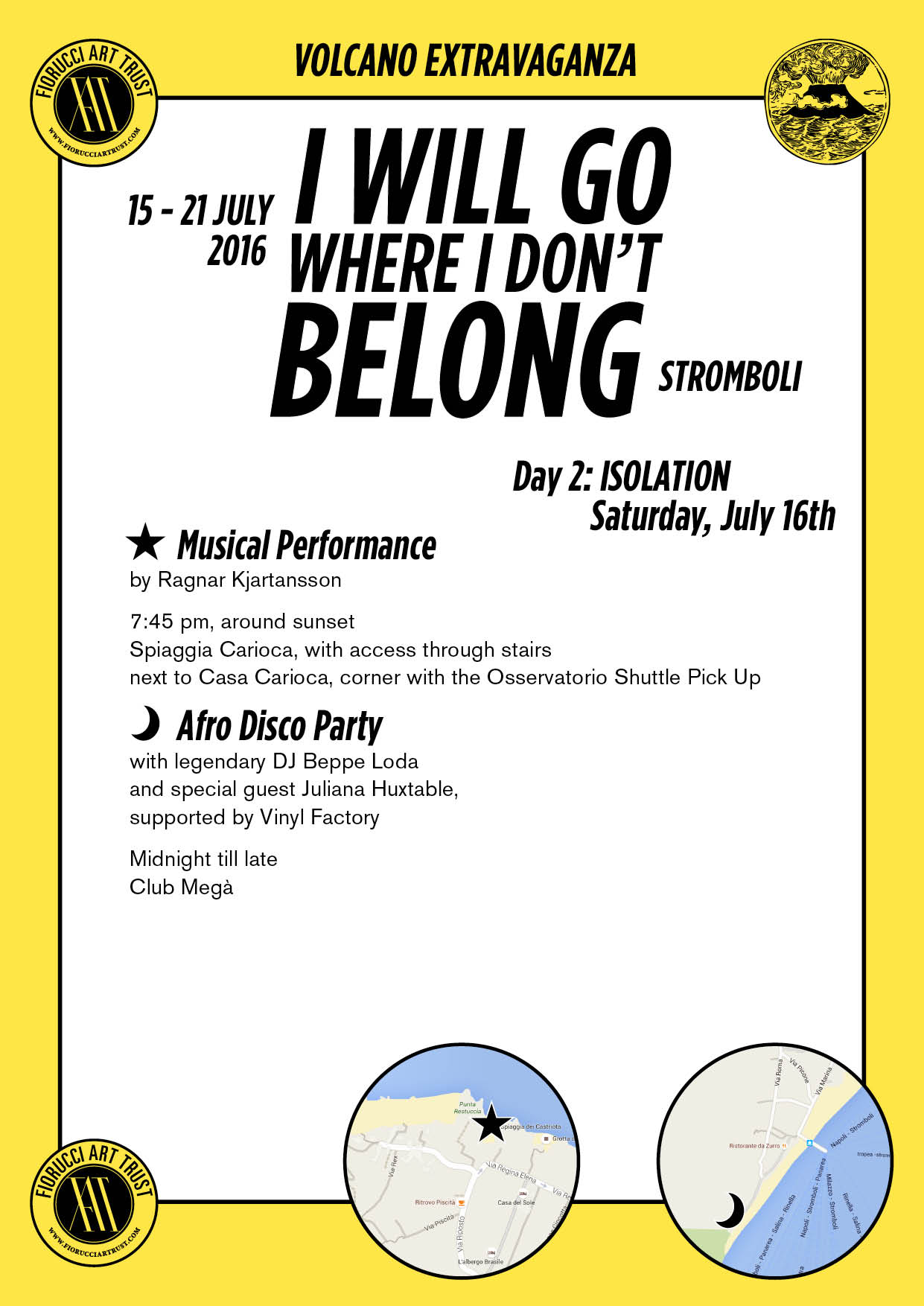 After the shipwreck of the first day – not knowing if we would eat dinner en plein air or inside, and waiting for people that did not arrive but welcoming the ones who did – we were still at the mercy of the storm. Whatever wind was burning the sea – perhaps the maestral or the libeccio – nobody knew, and whilst some more boats arrived some others did not. 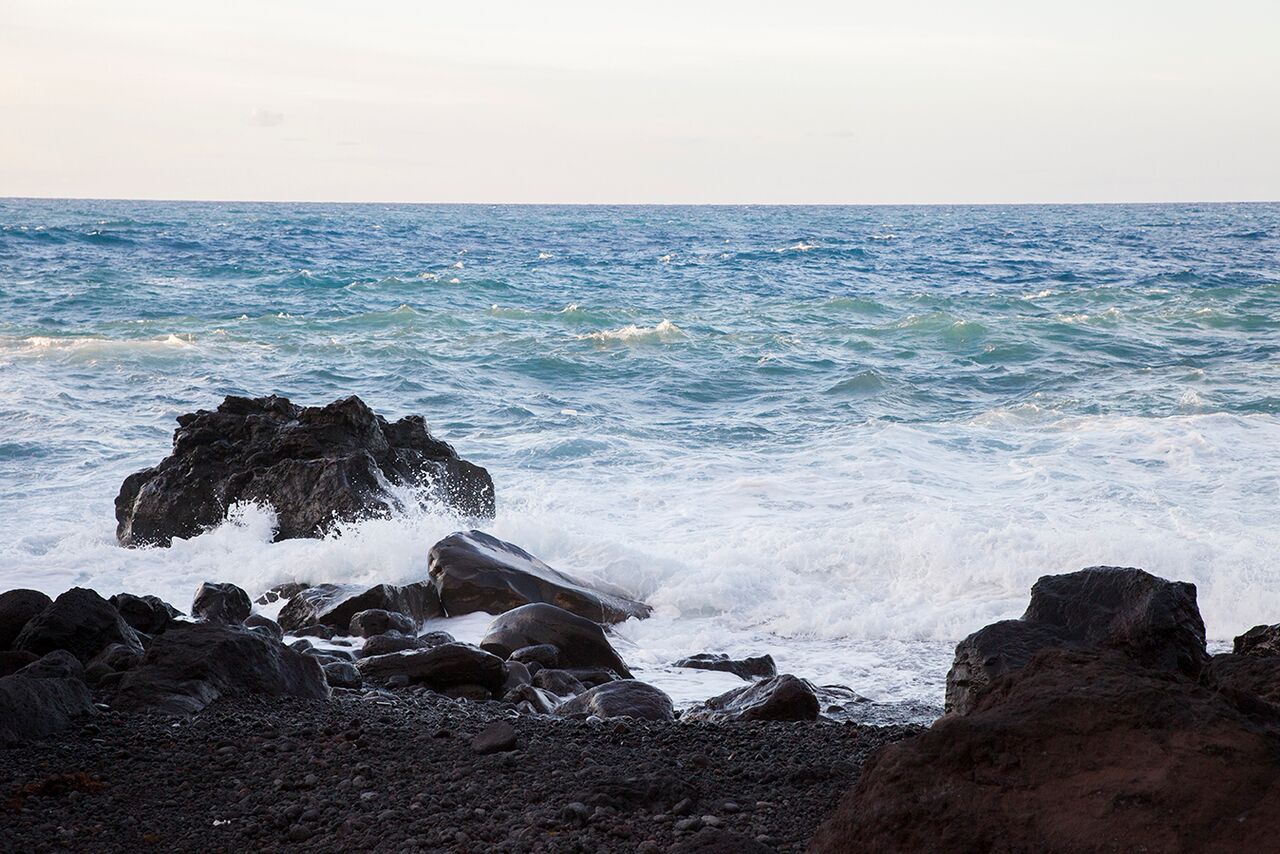 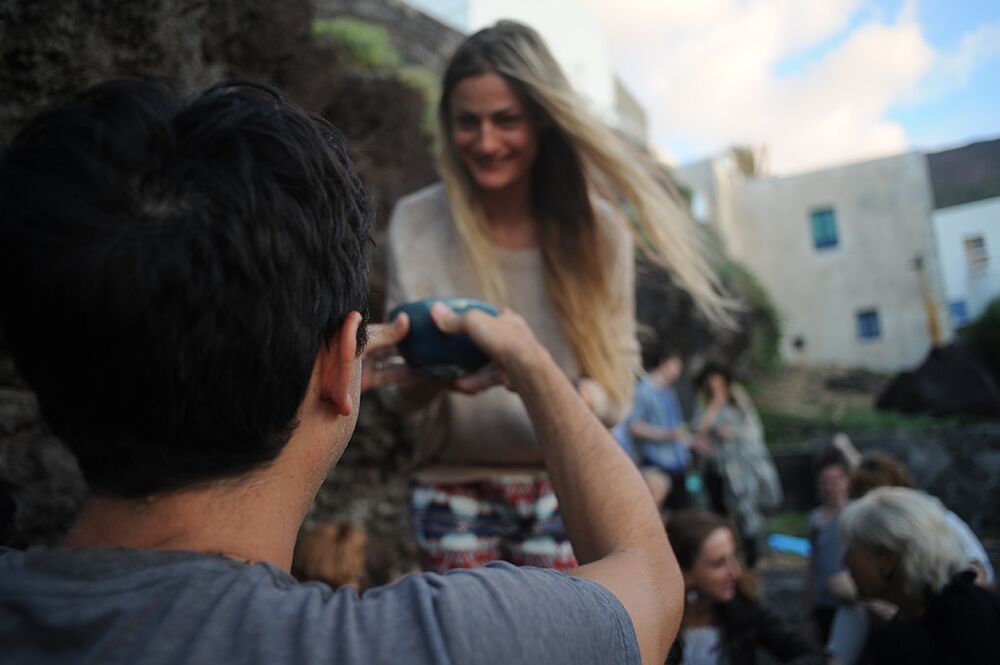 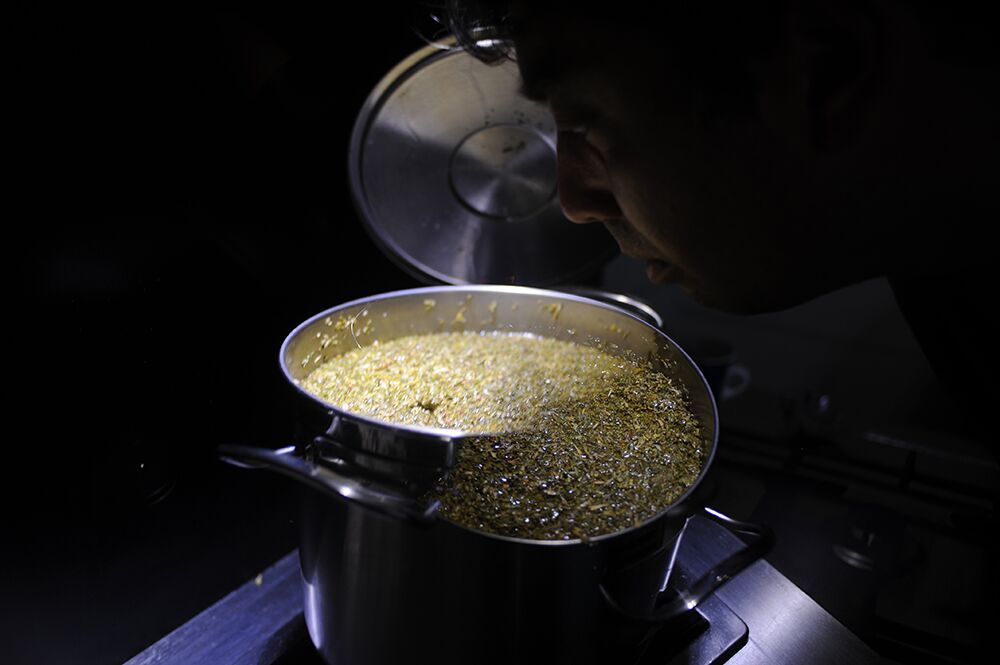 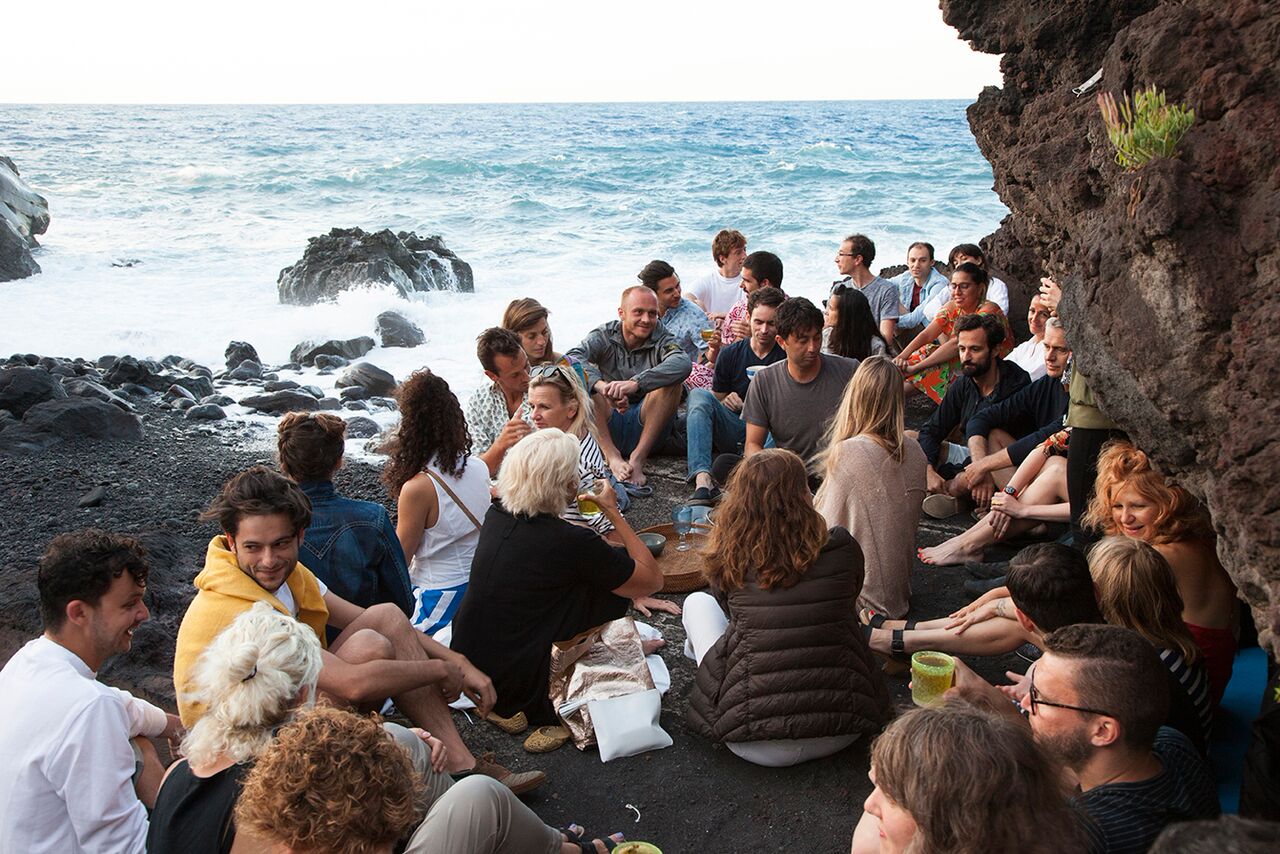 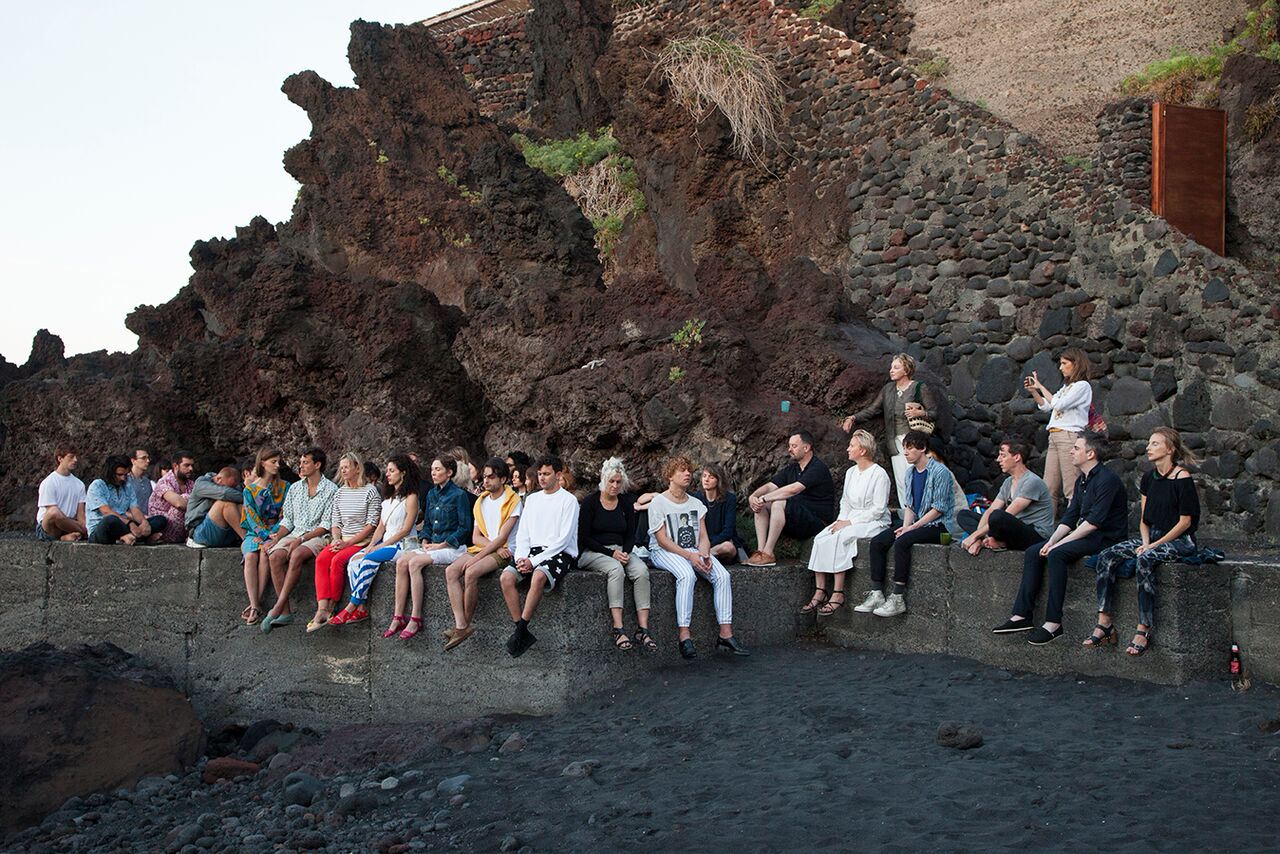 Maria Loboda’s sedan chair began to appear in various locations, as though following the participants around the island, along with mysterious daily announcements… 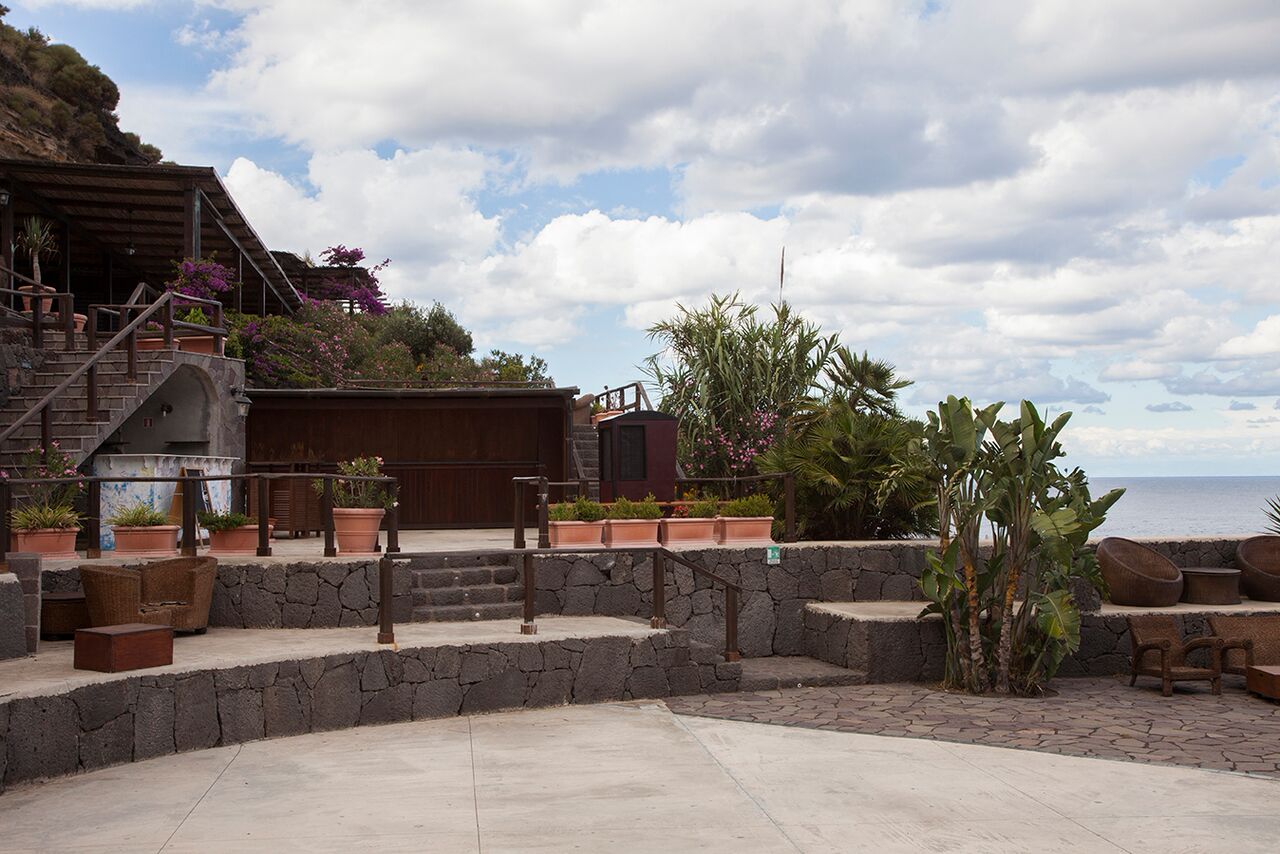 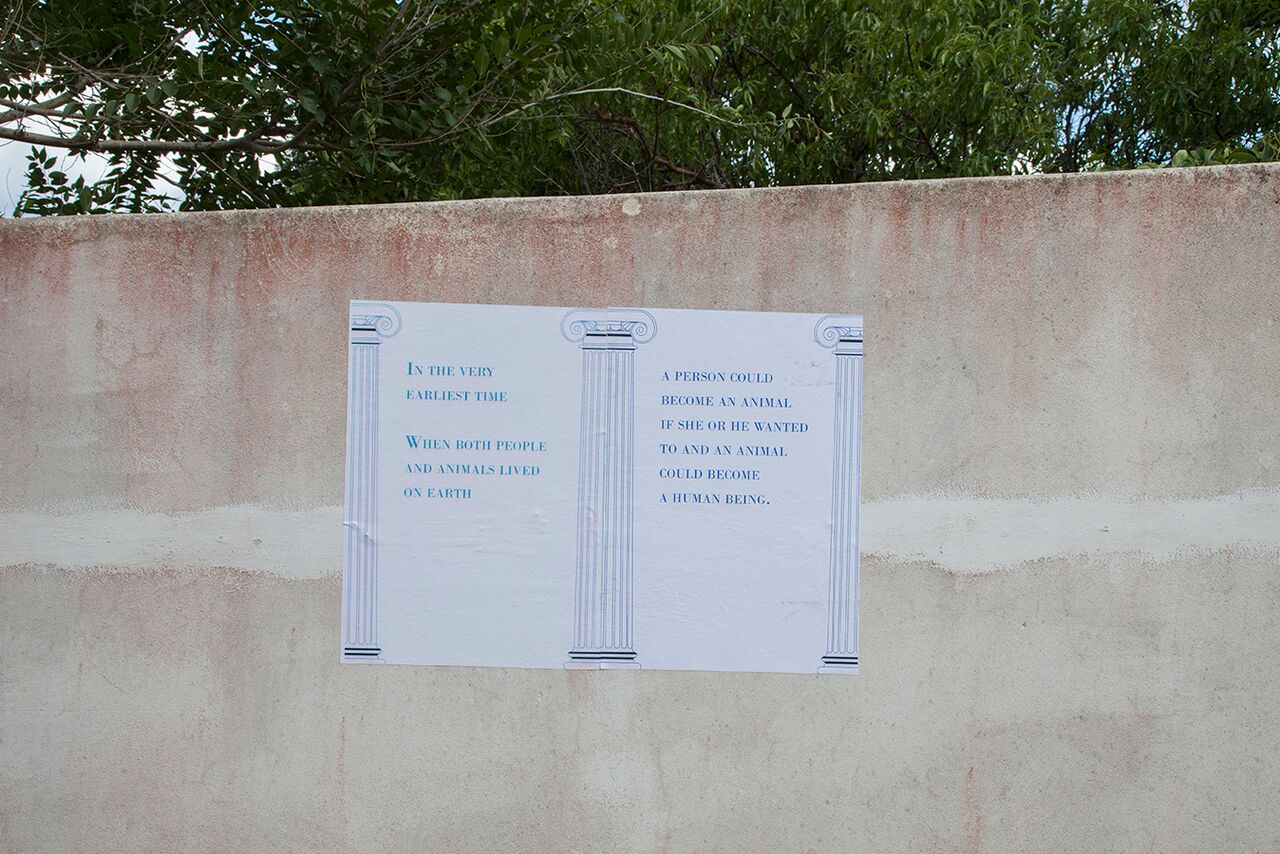 After the group activities ended the audience dispersed for the first film screenings. Beginning at 9pm The Black Stallion was hosted in the home of Gabriella Cornaglia who moved to Stromboli from Turin in 1999, considering this action as like an interior voyage. Domenico Taggio hosted the screening of Black Narcissus, who also arrived from Turin and whilst he doesn’t think he will stay forever has yet to make a plan to leave.

There is a Happy Land Further Awaay by Ben Rivers was shown in the garden of Giuseppe Sgroi. Raised in Lipari ‘Beppe’ worked with his father as a fisherman until the winter of 2008. He spends his free time growing one of the richest vegetable gardens on the island, raising rabbits, chickens and turkeys. Robinson Crusoe was hosted by Giovanna Rizzi who followed her husband here in 1983. When he retires she will most probably move back to Puglia, the region of her origin. 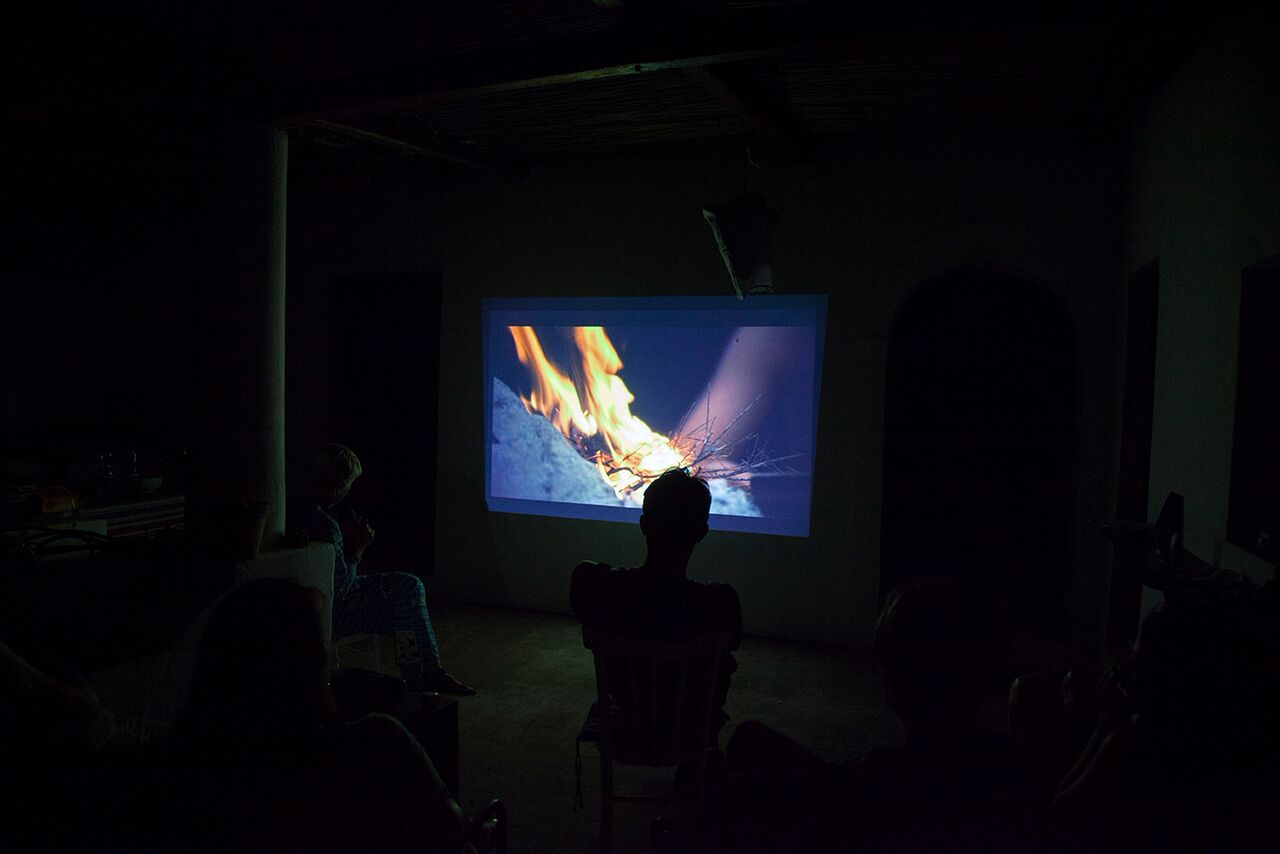 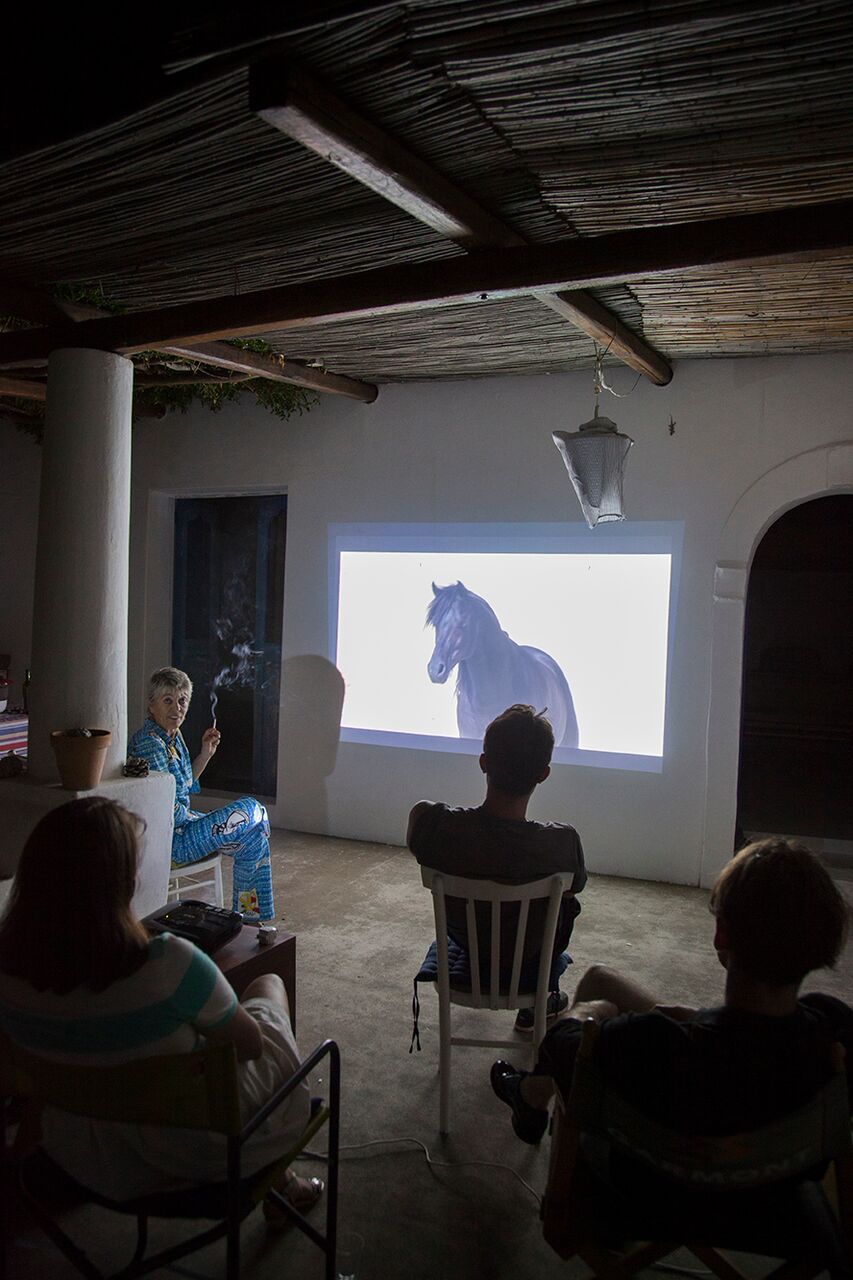 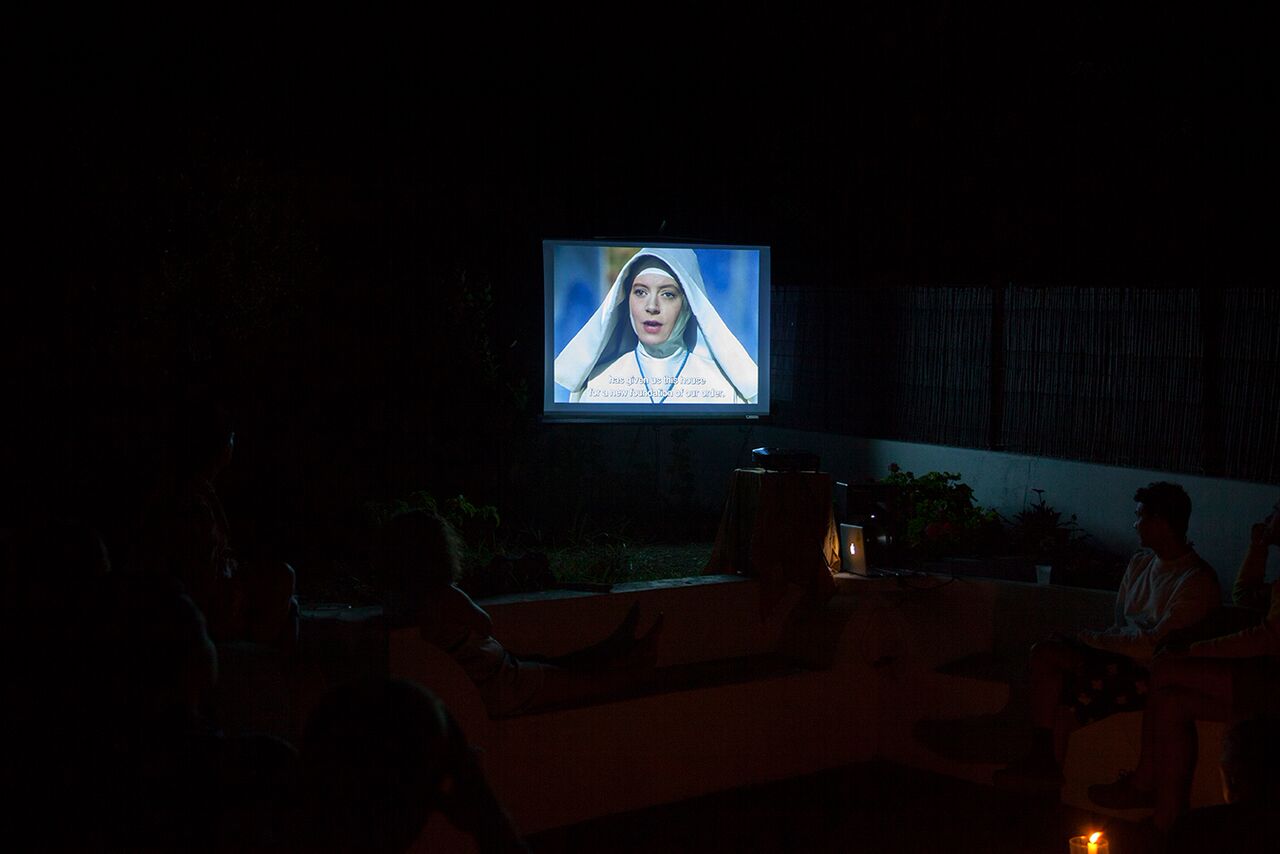 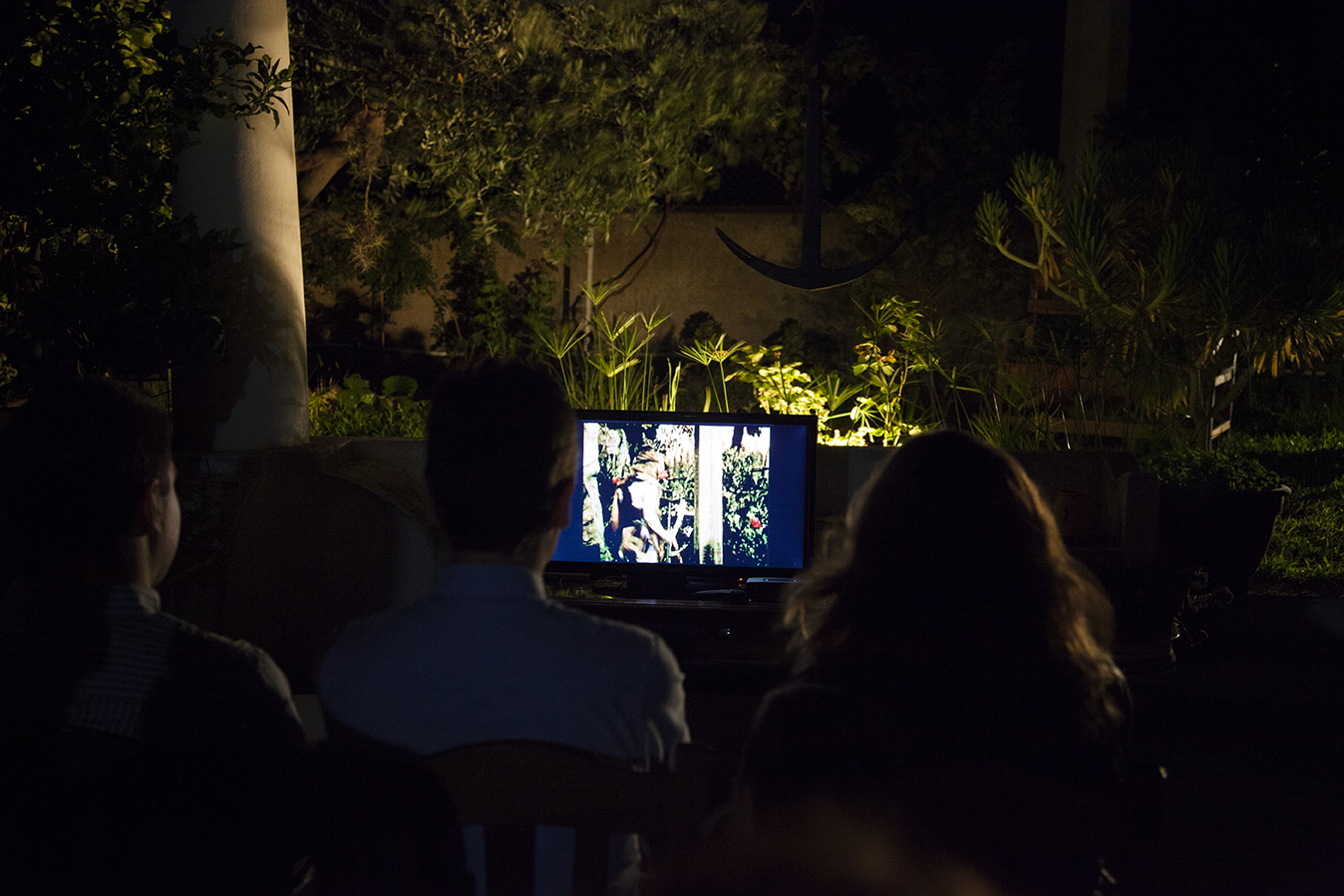 Ragnar Kjartansson arrived from Milazzo just in time to perform at Mega nightclub, singing sad songs from the southern US states, with introductions on the writers’ backgrounds that included stories of religious fanaticism and alcoholism. 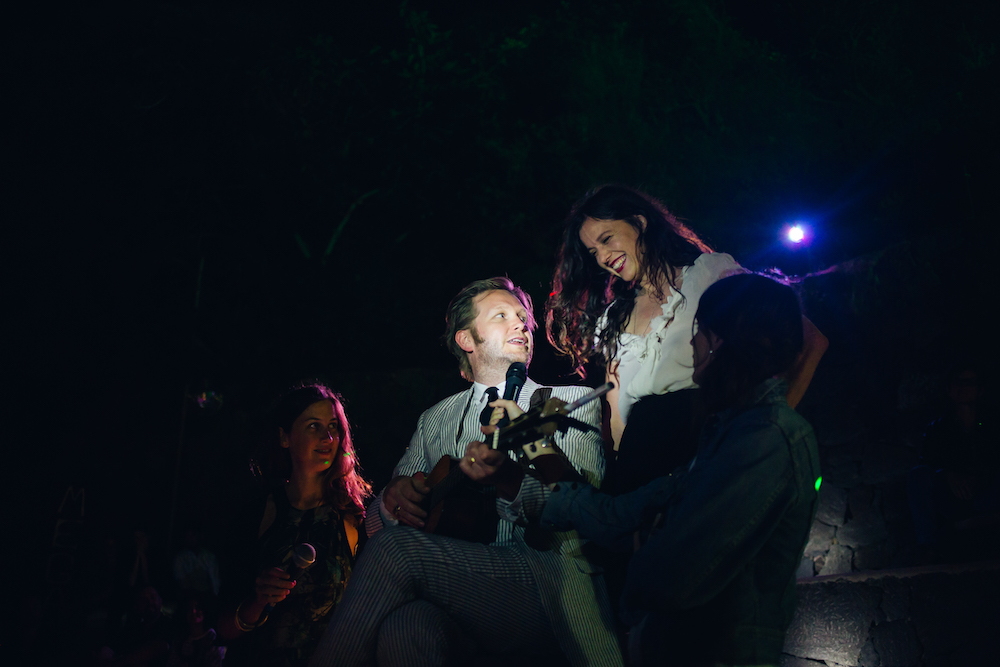 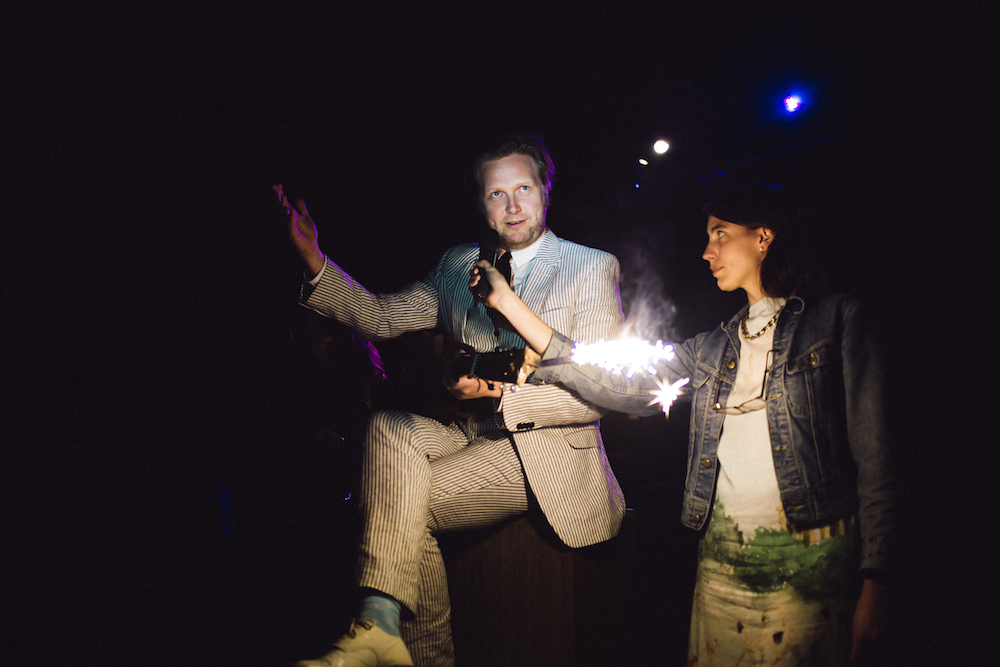 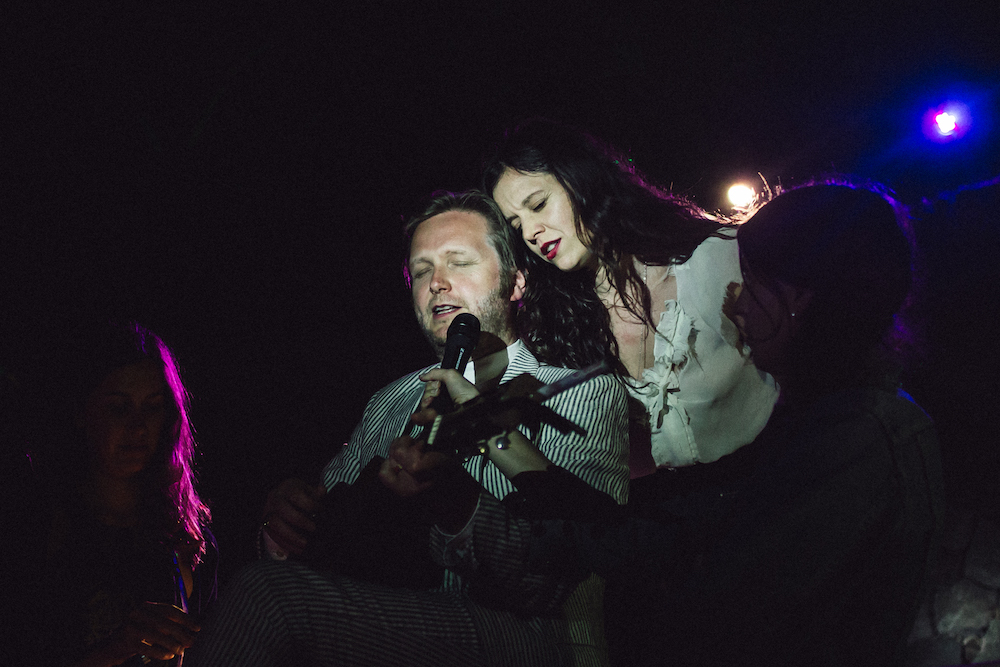 We danced the night away to music by Juliana Huxtable – as part of a special musical programme produced in collaboration with Vinyl Factory – as well as a DJ set by legendary Italian DJ Beppe Loda enjoying, for now, our forced insolation on this volcanic isle and wondering if the storms would subside and what would happen the next day… 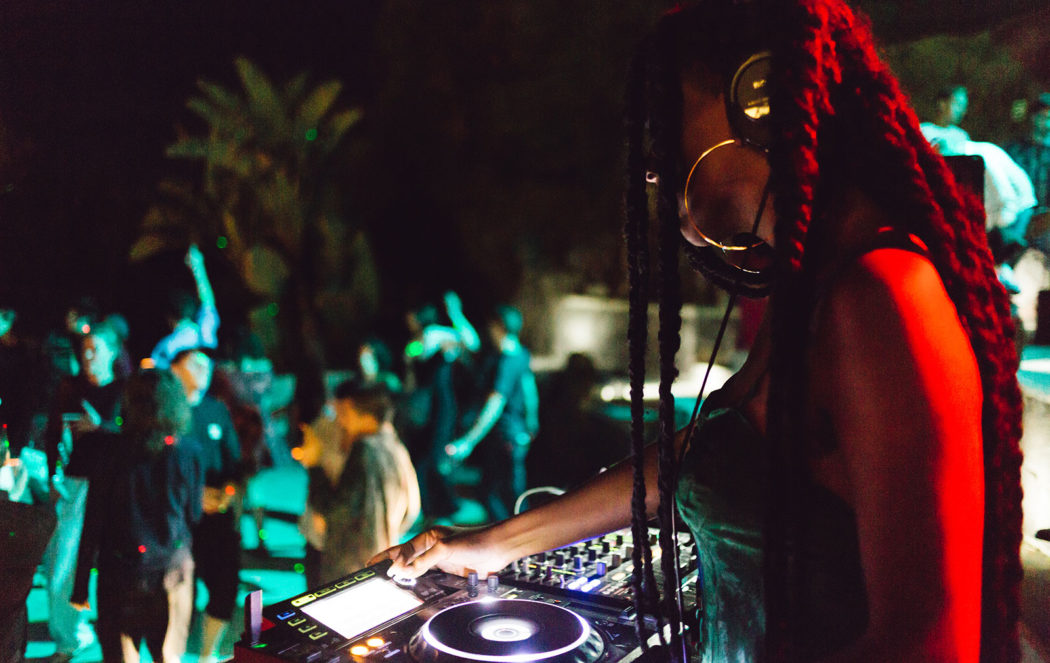 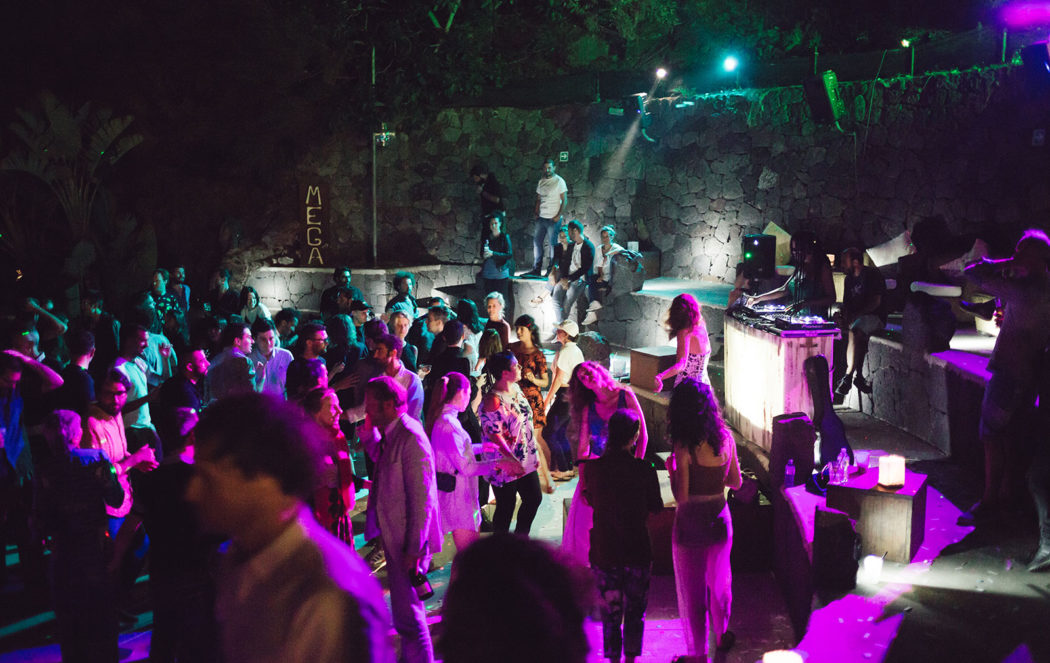 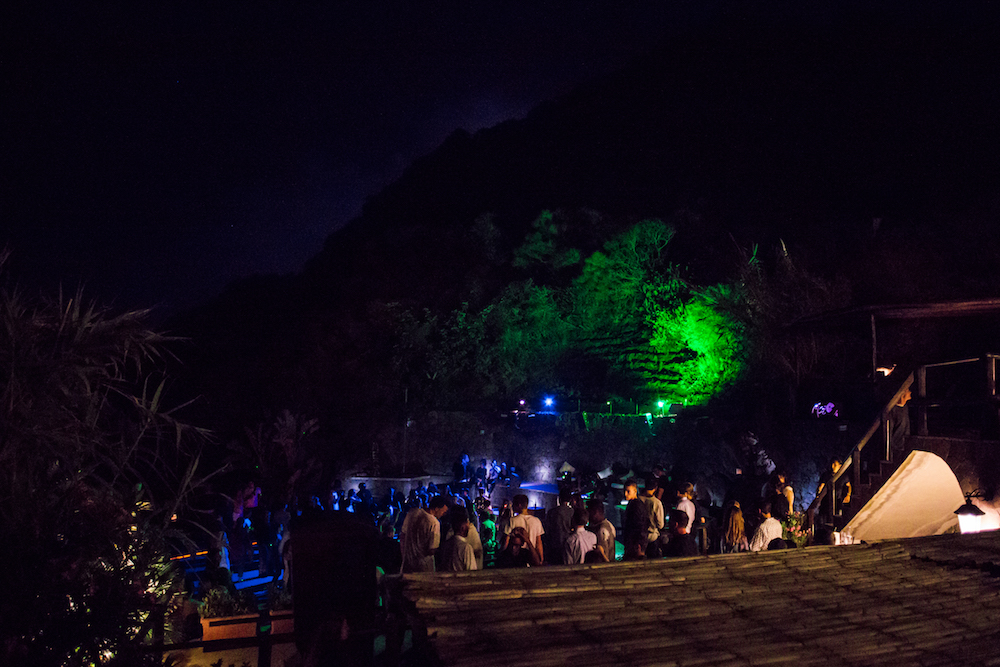