I Will Go Where I Don’t Belong – Exile 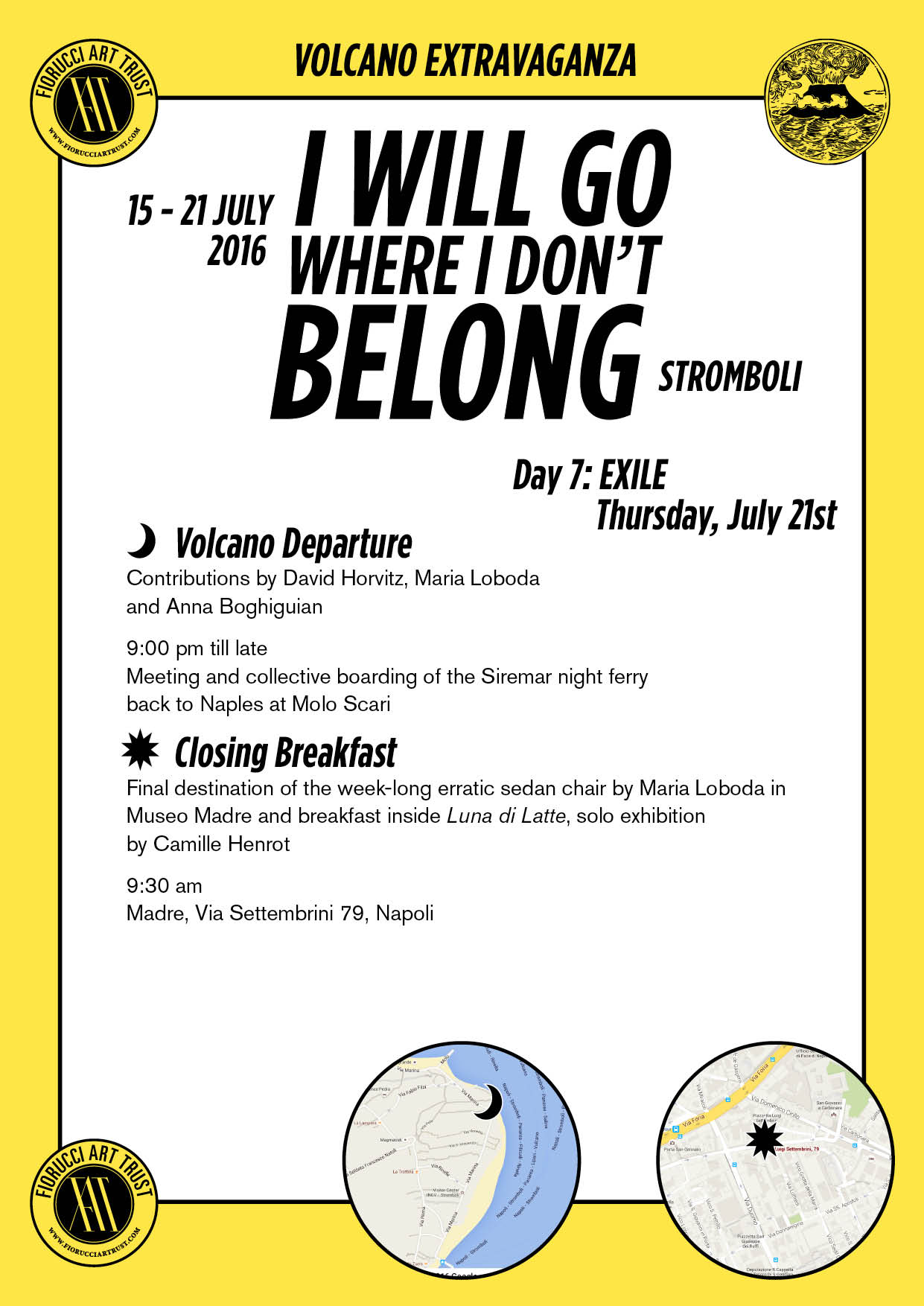 The theme of the final day was Exile… and Stromboli’s volcano was sending out tremors, pushing us towards the arriving Siremar night boat. The mainland was waiting for us.

After a week together on the island we met at the port and boarded together. Maria Loboda’s sedan chair was carried aboard, on route to its final resting place.

We contemplated whether we would ever make it. 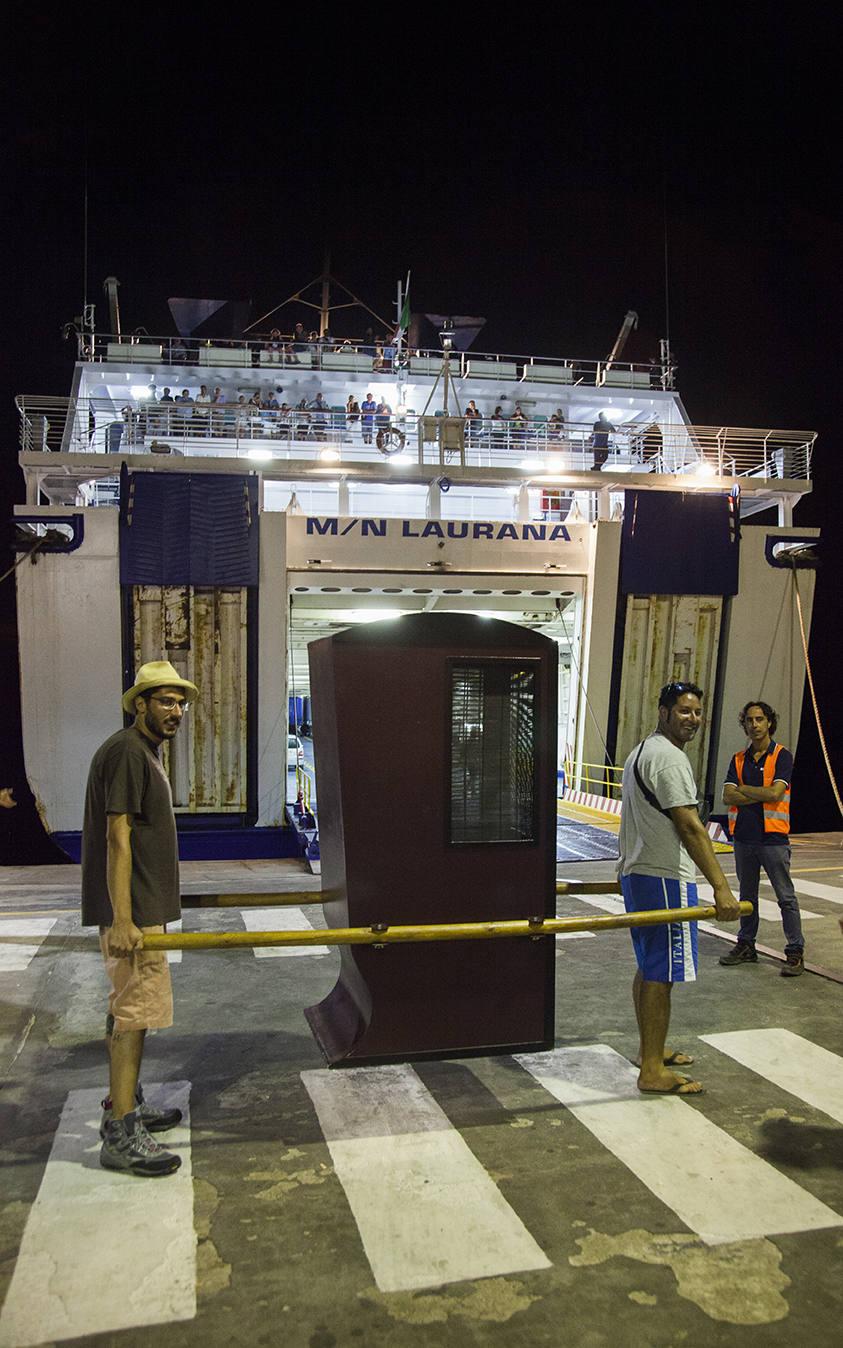 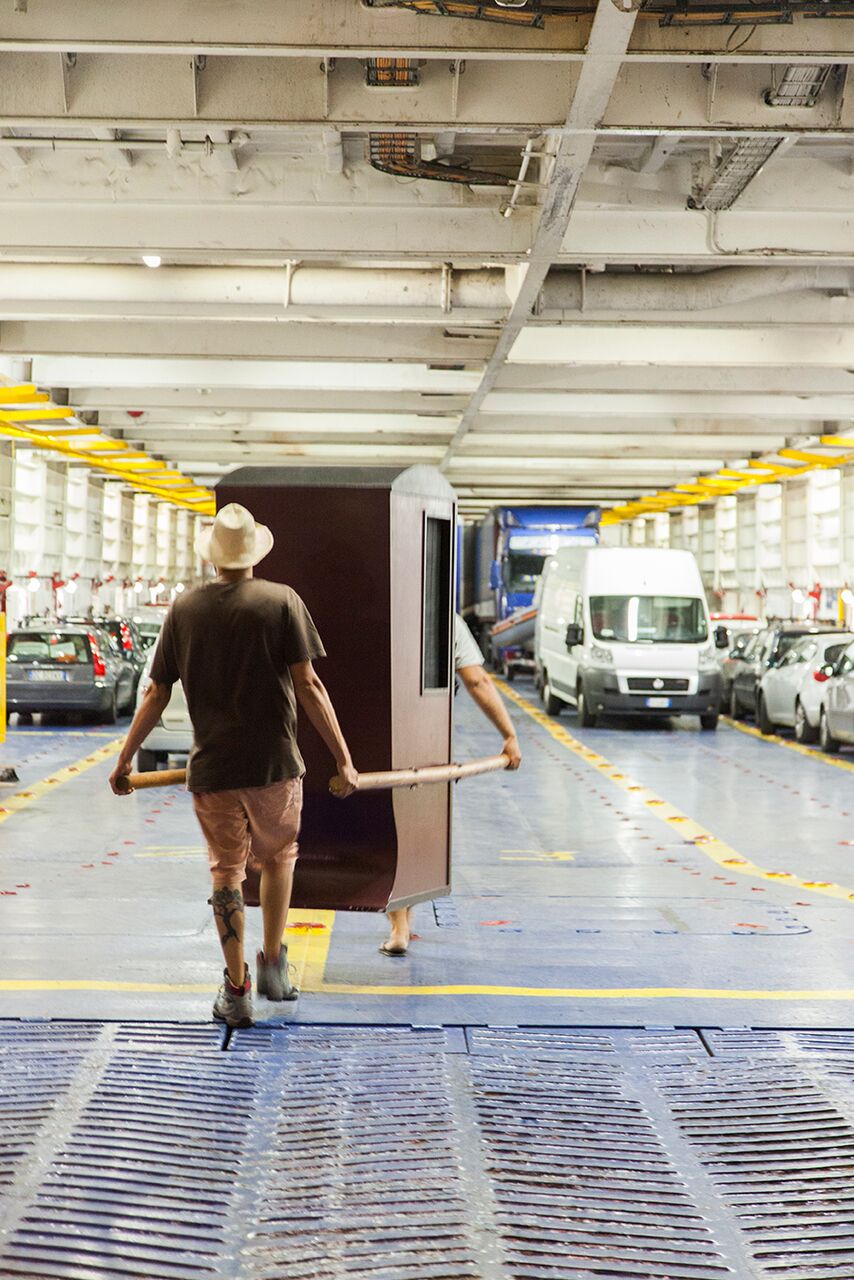 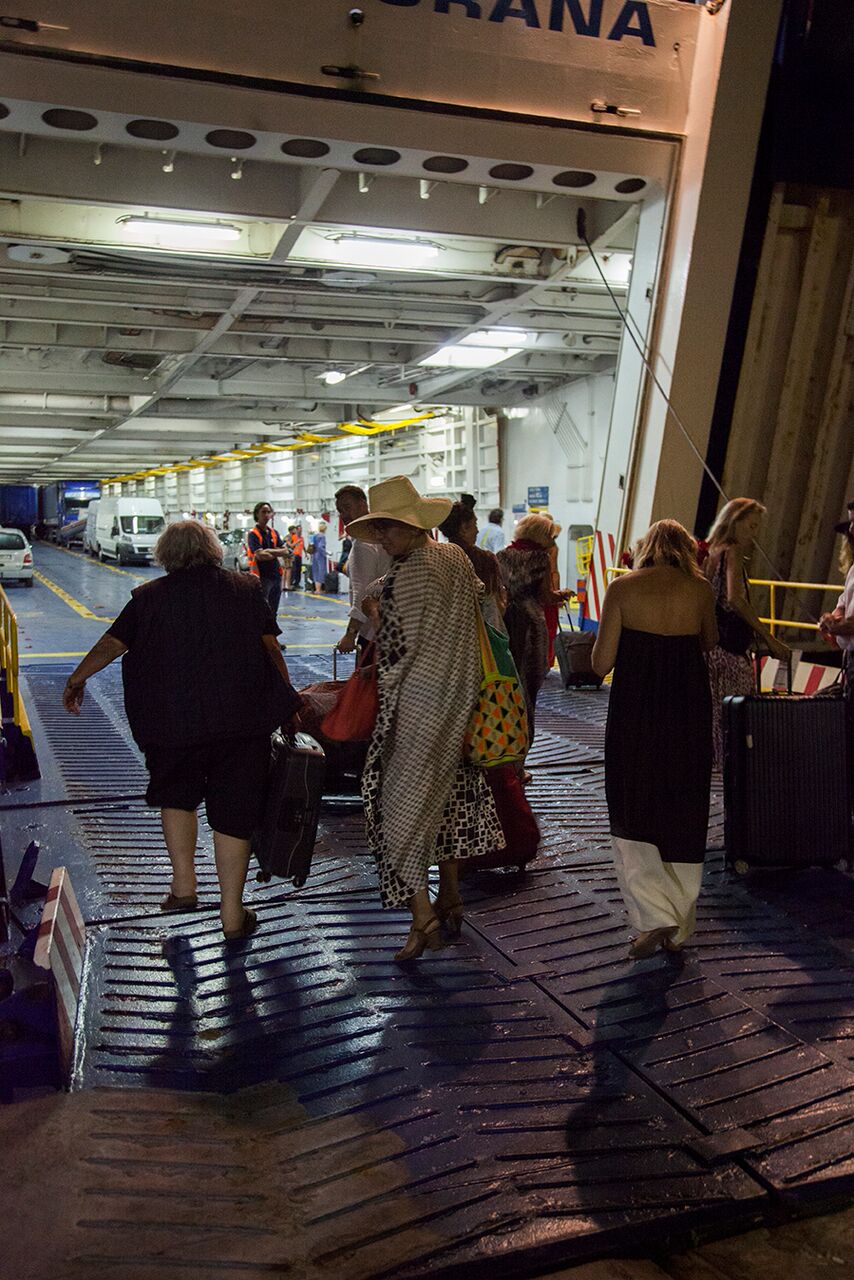 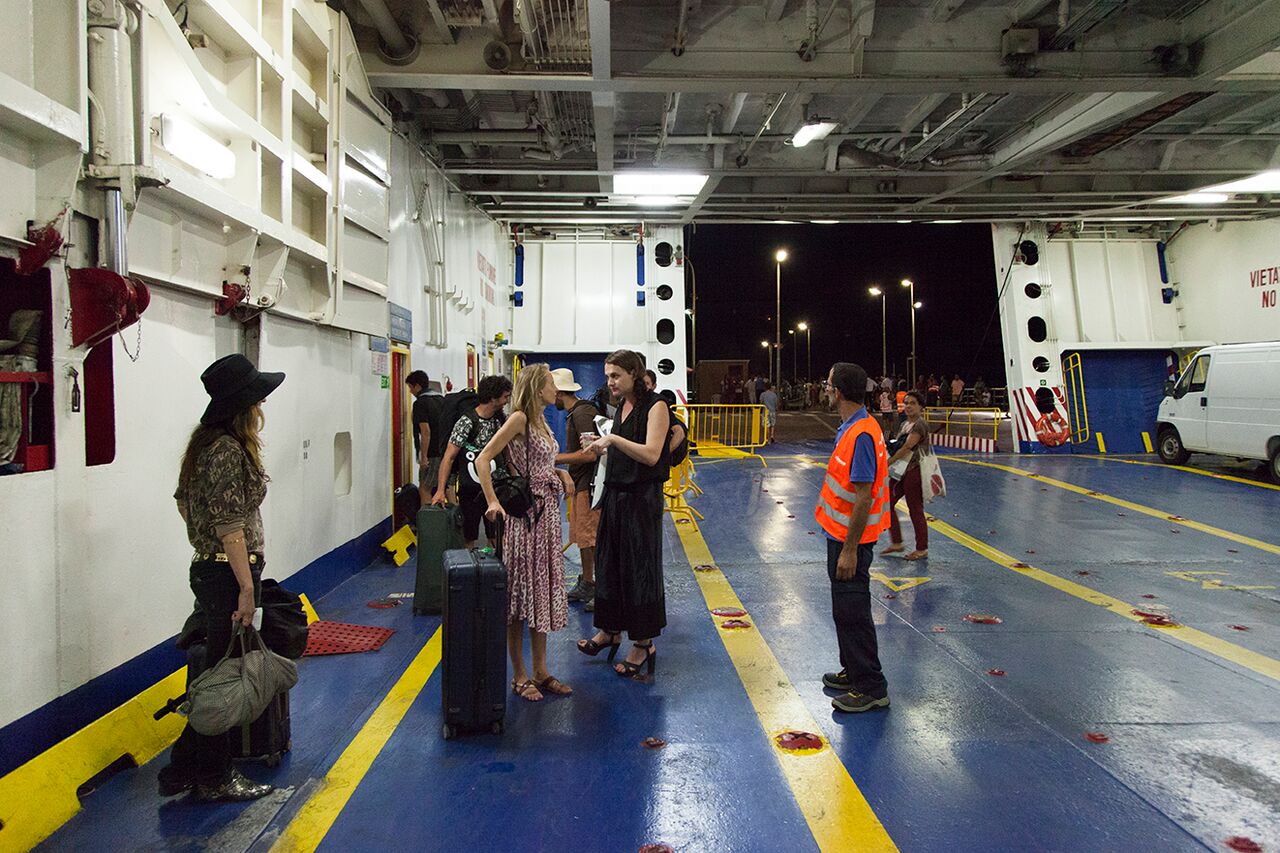 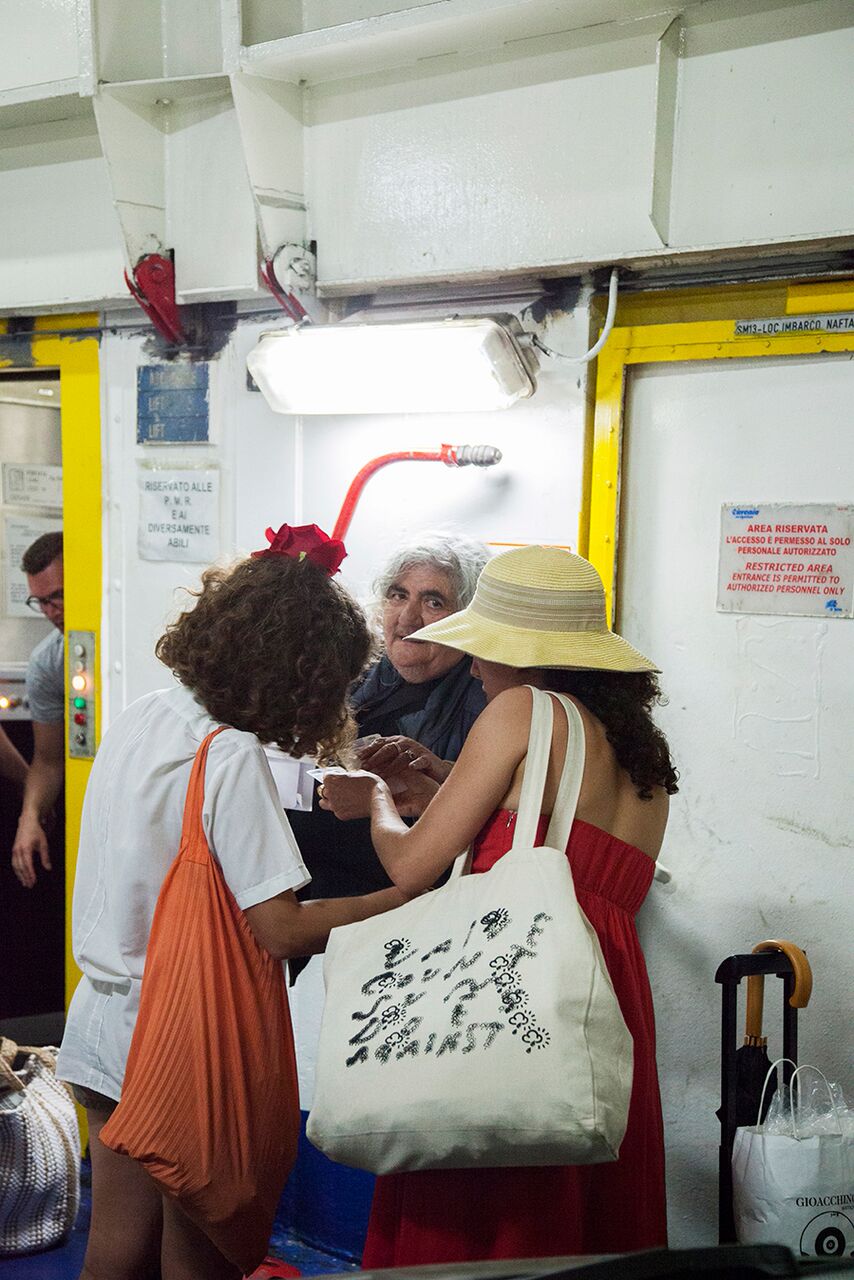 Our last dinner together was served during the crossing, providing an occasion to explore the boat and sneaking into spots that only staff members are normally allowed to enter. 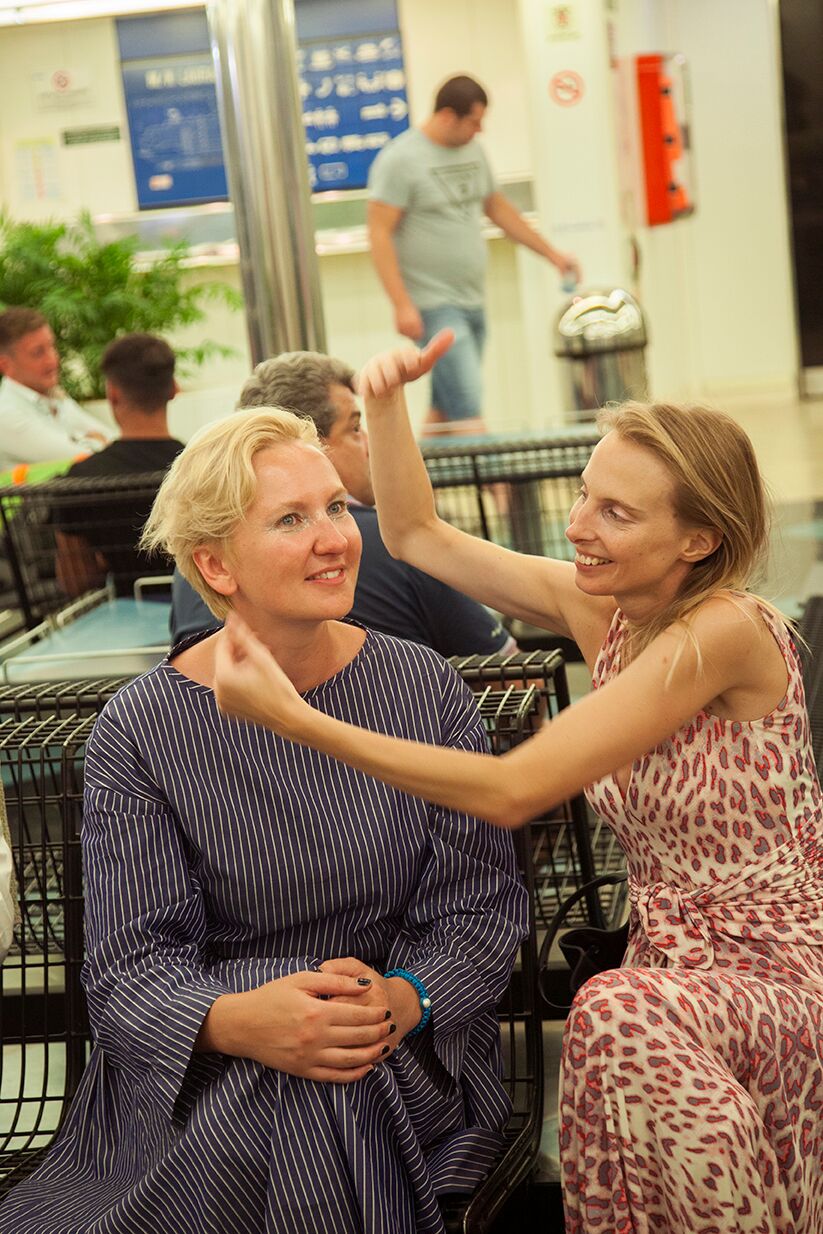 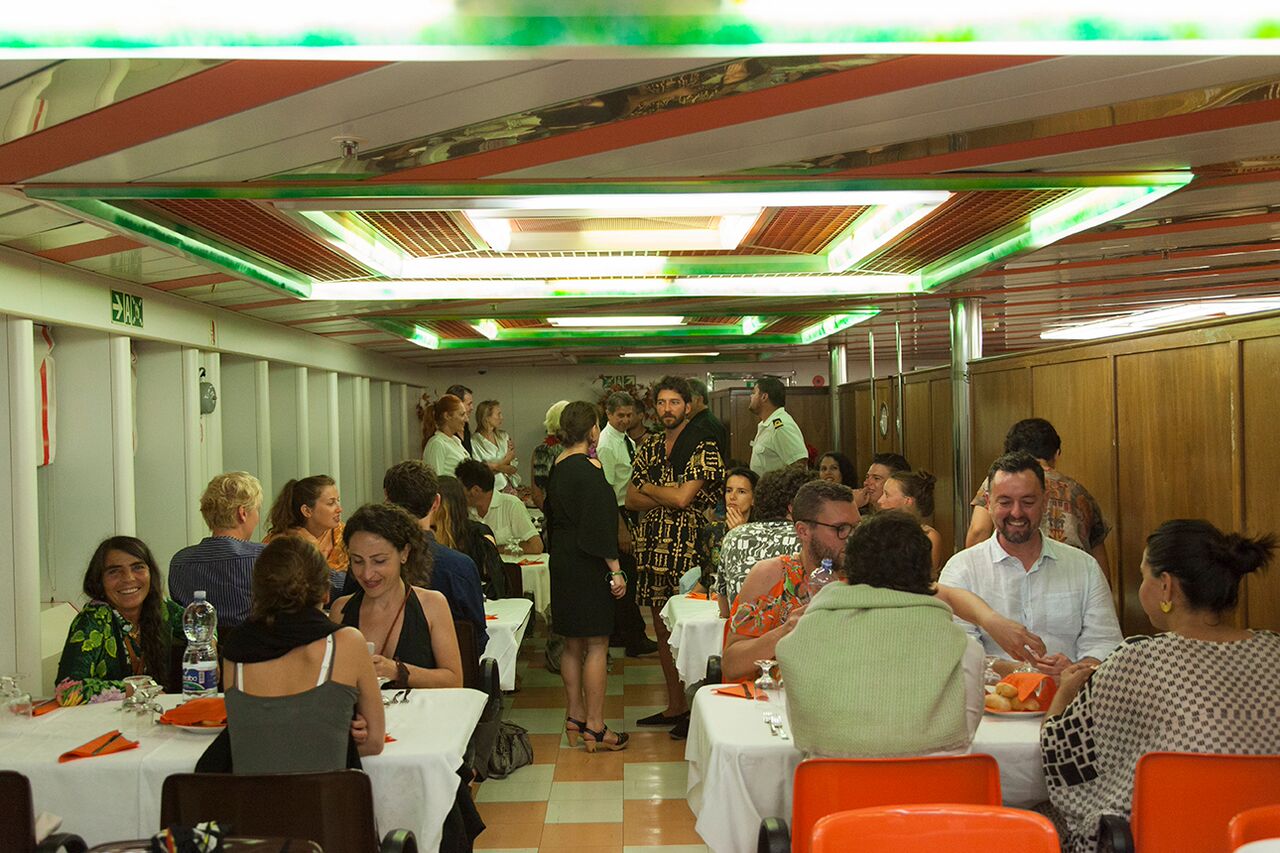 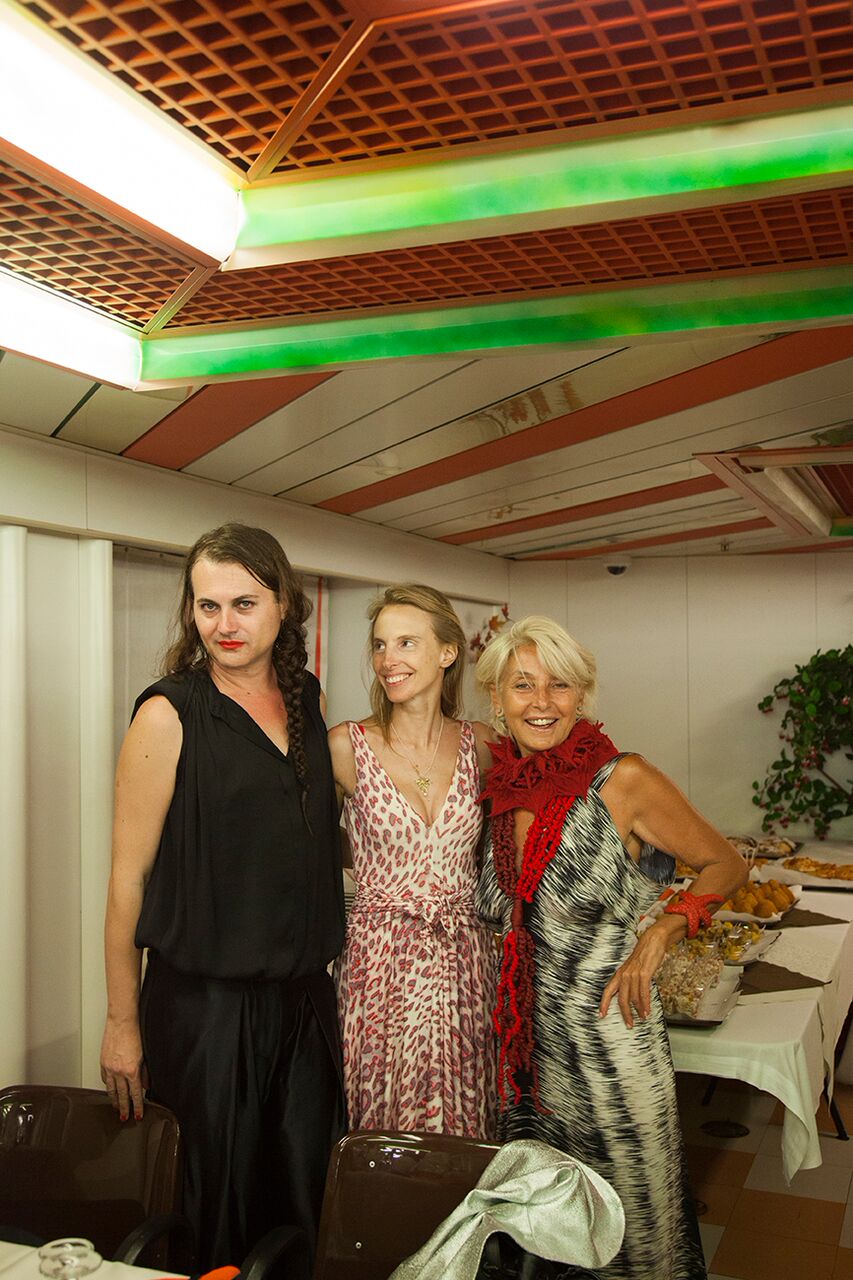 Returning had started to feel like leaving when at midnight, we climbed the stairs to the upper deck for the final gestures. Anna Boghiguian told stories of migration and exile, of not belonging and not belonging, to the assembled audience…

David Horvitz’s glass bubbles – created with a single breath of air – were then handed to each of us. As we threw them overboard, one by one, they appeared as exiled breaths, cast adrift at sea, providing a possibility of returning to land one day, or of staying in exile, creating new islands in a vast ocean. 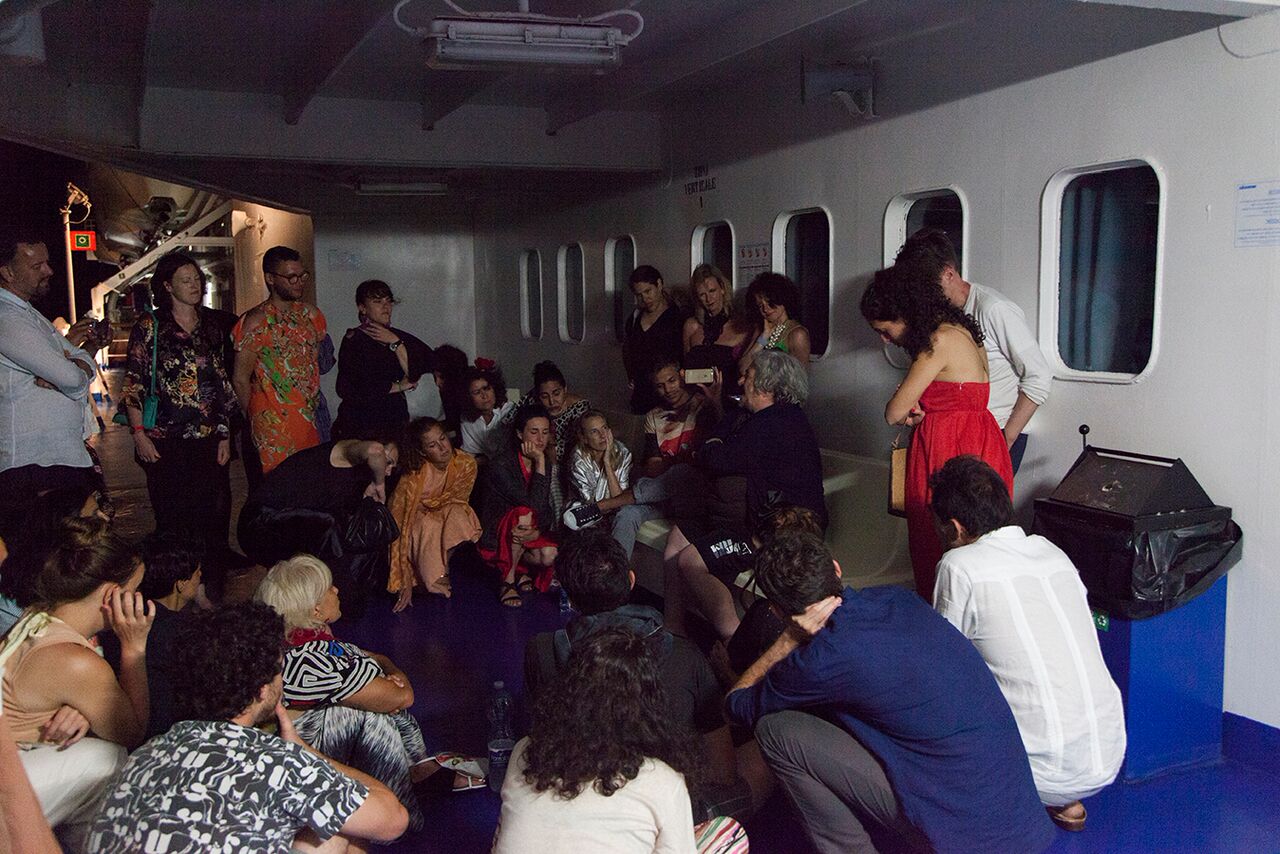 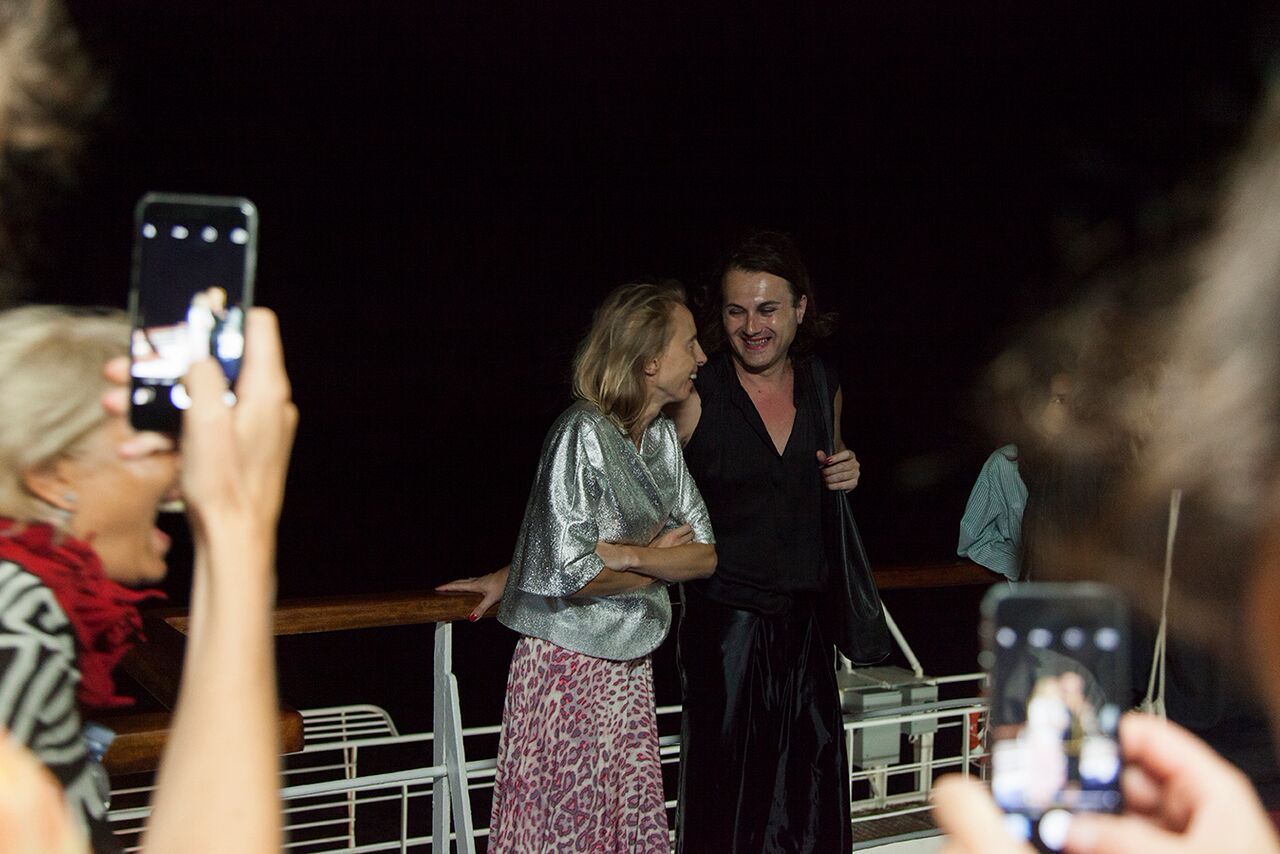 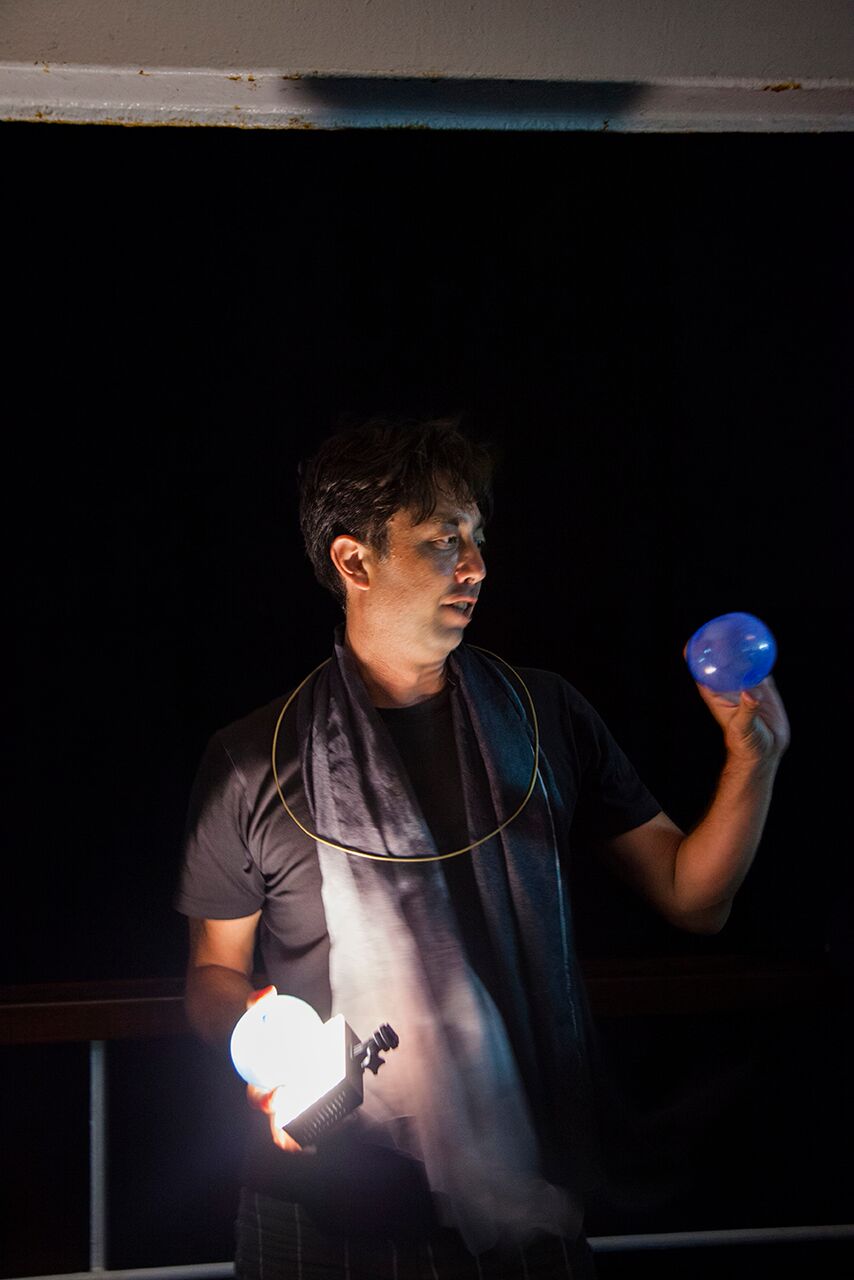 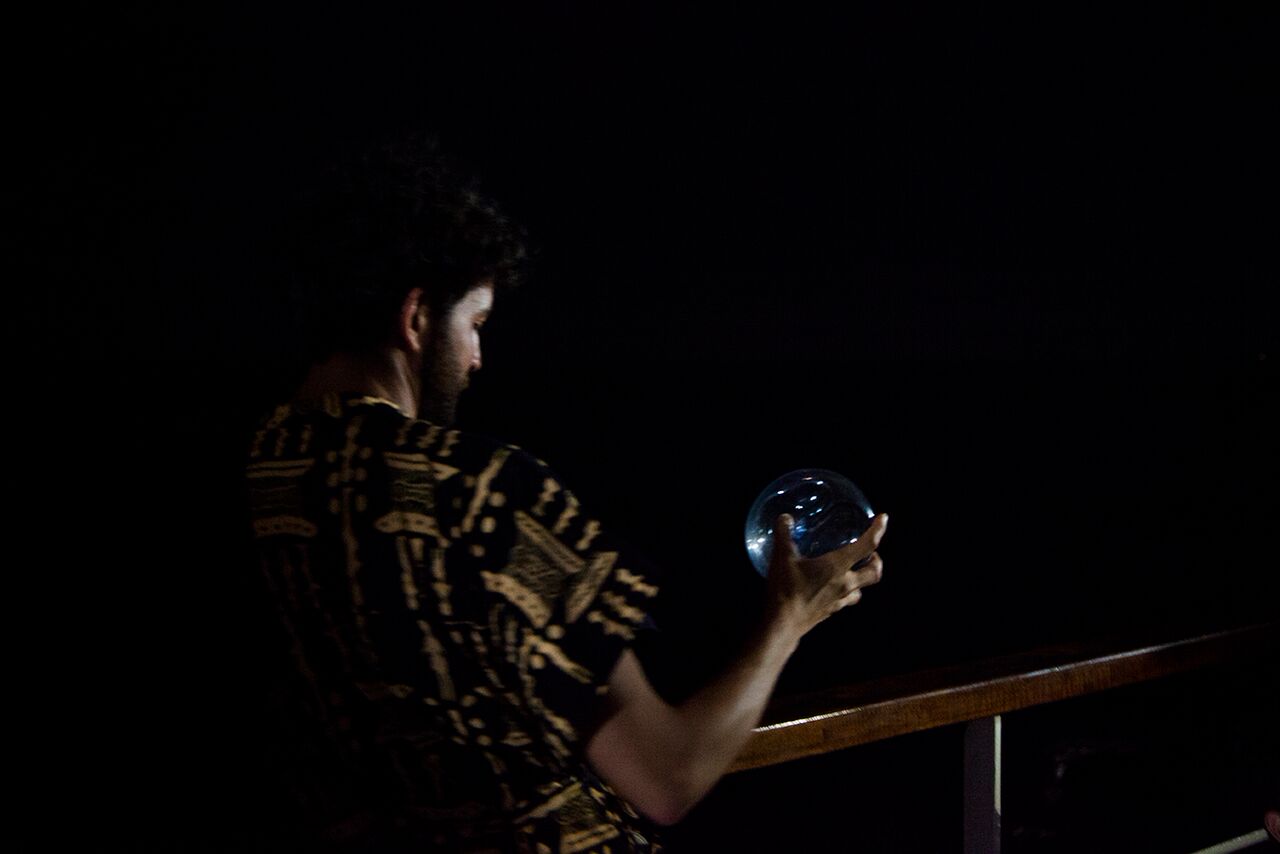 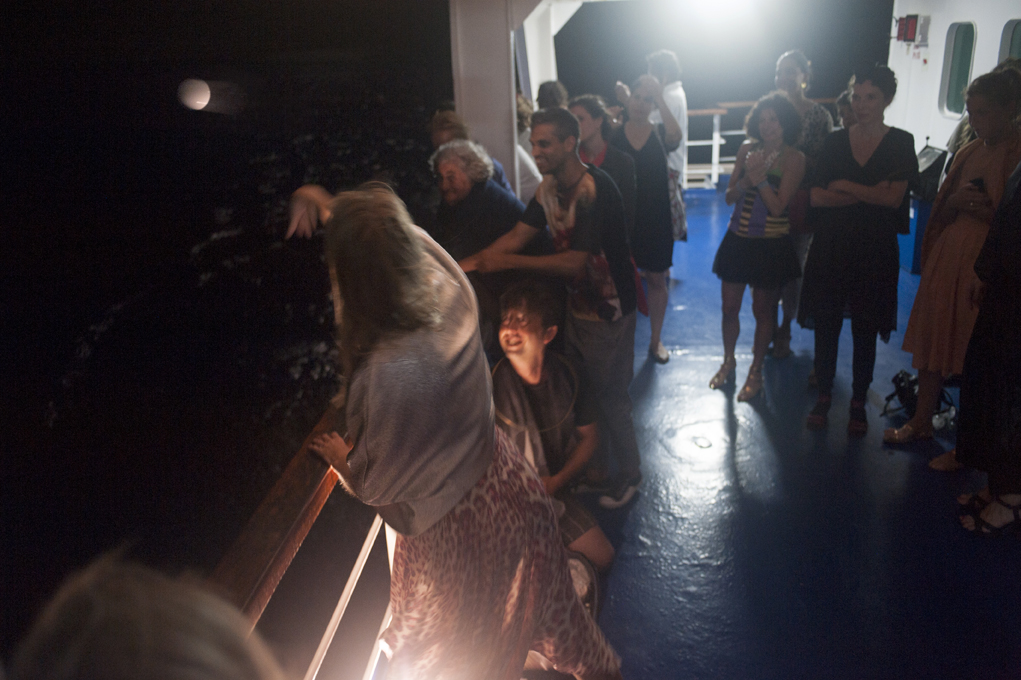