I Will Go Where I Don’t Belong – Inadequacy 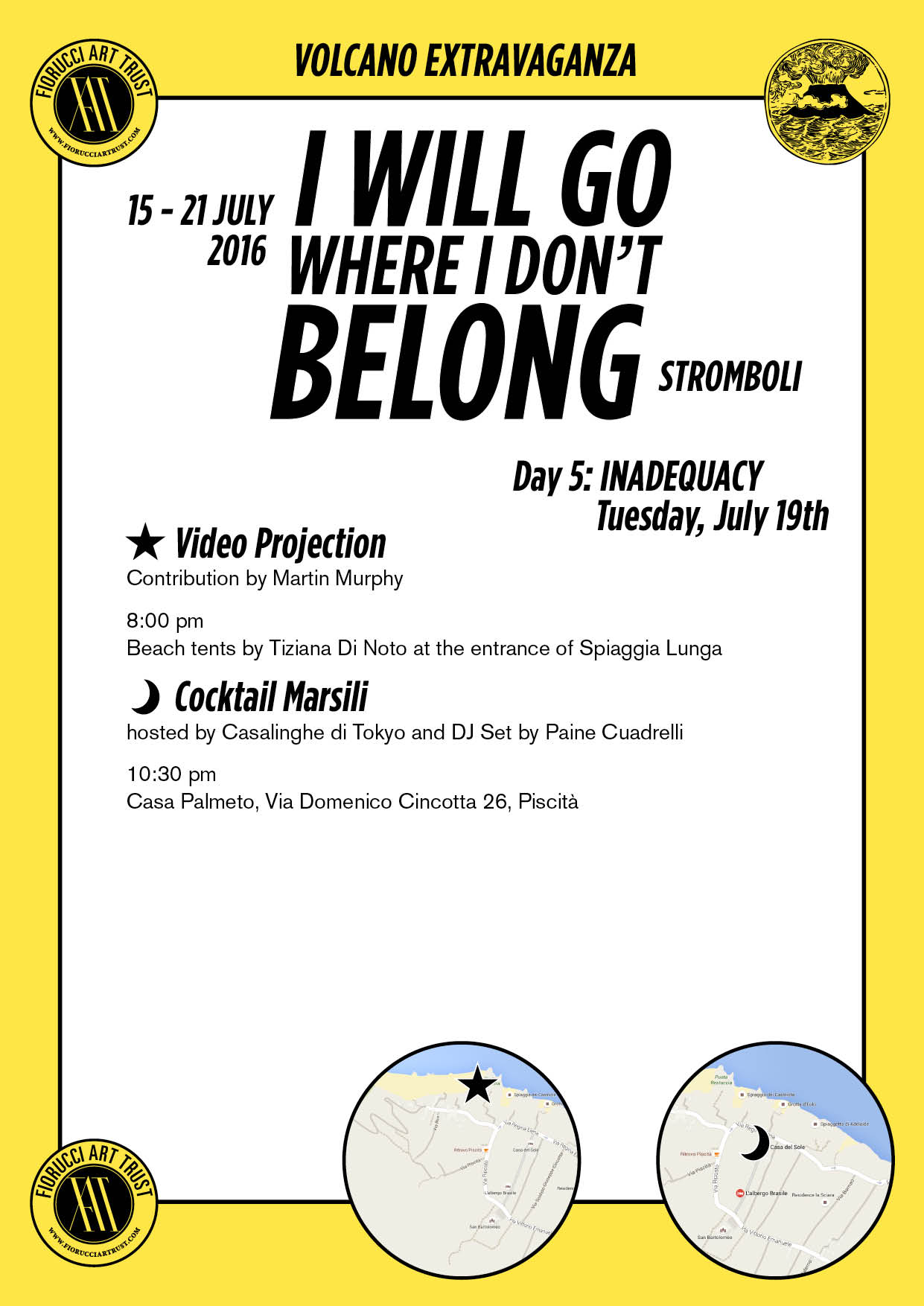 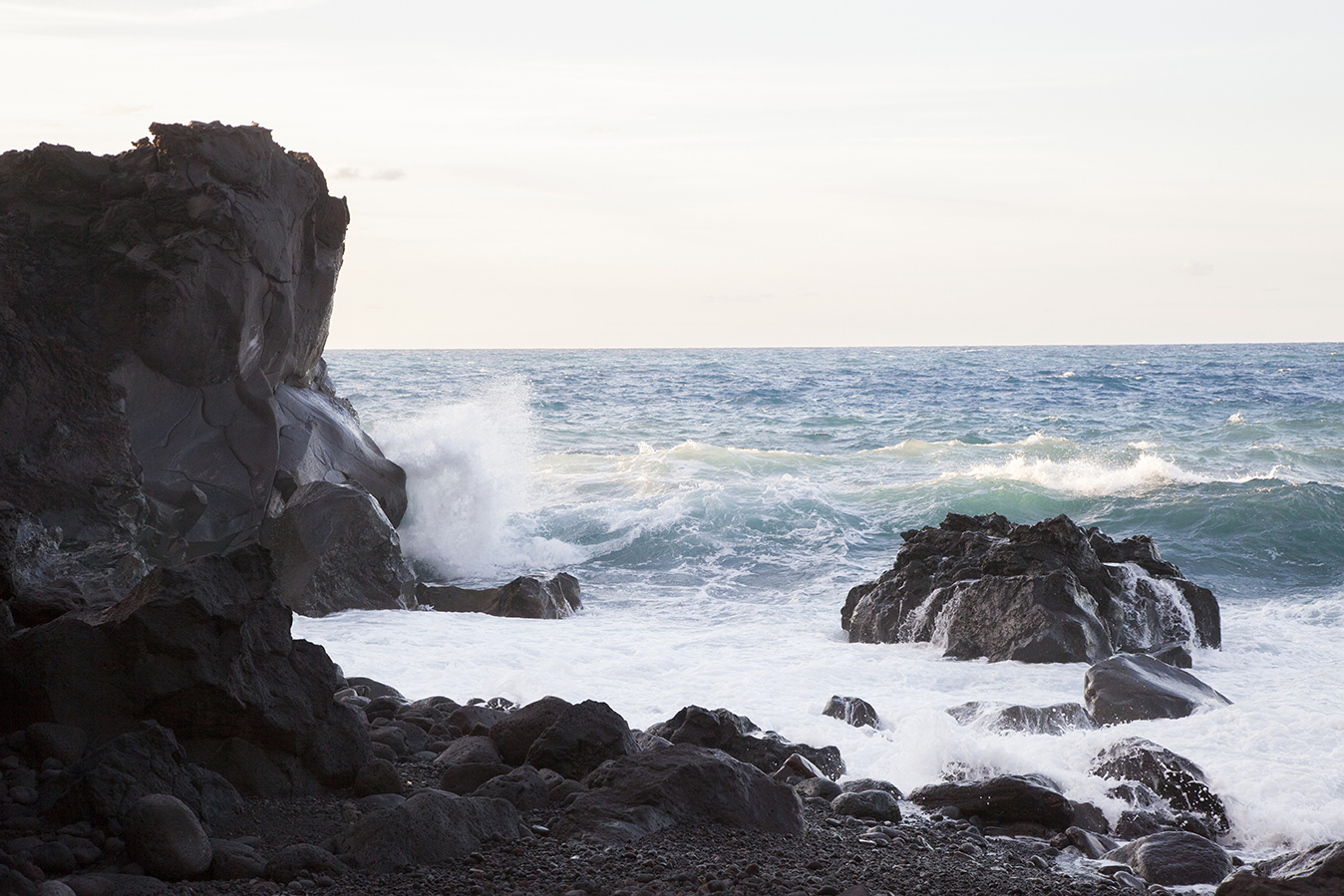 From the pain of attempting to escape our own identity we began to start to inhabit feelings of inadequacy; in relation to others; as a ‘stranger’ with a capacity to adapt or fail; exploring the alien character of Ingrid Bergman’s Karin (Stromboli, Roberto Rossellini, 1950).

Maria Loboda’s sedan chair reappeared on Spiaggia Lunga, again with evidence of a mysterious presence, but who was it and where had they gone?

The day by day announcements continued to appear on the wall. 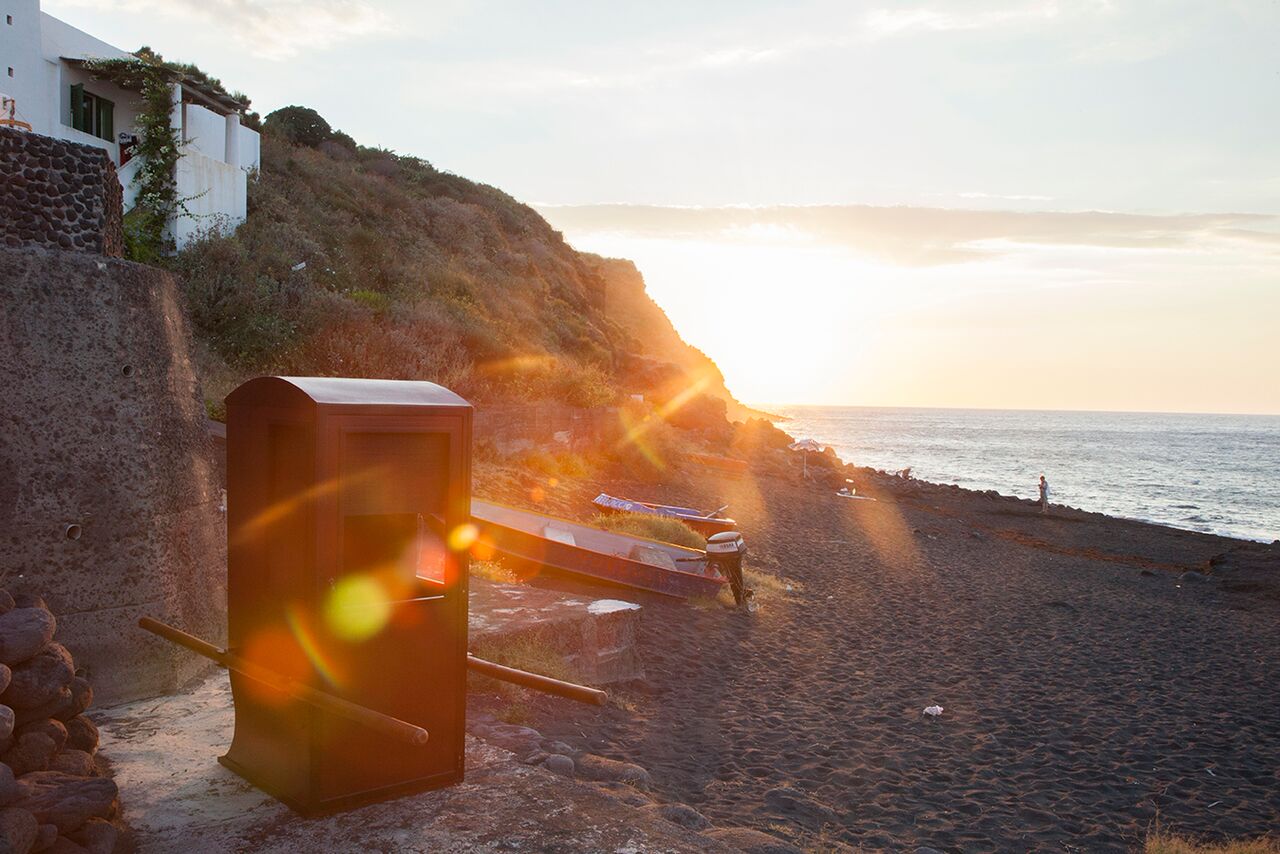 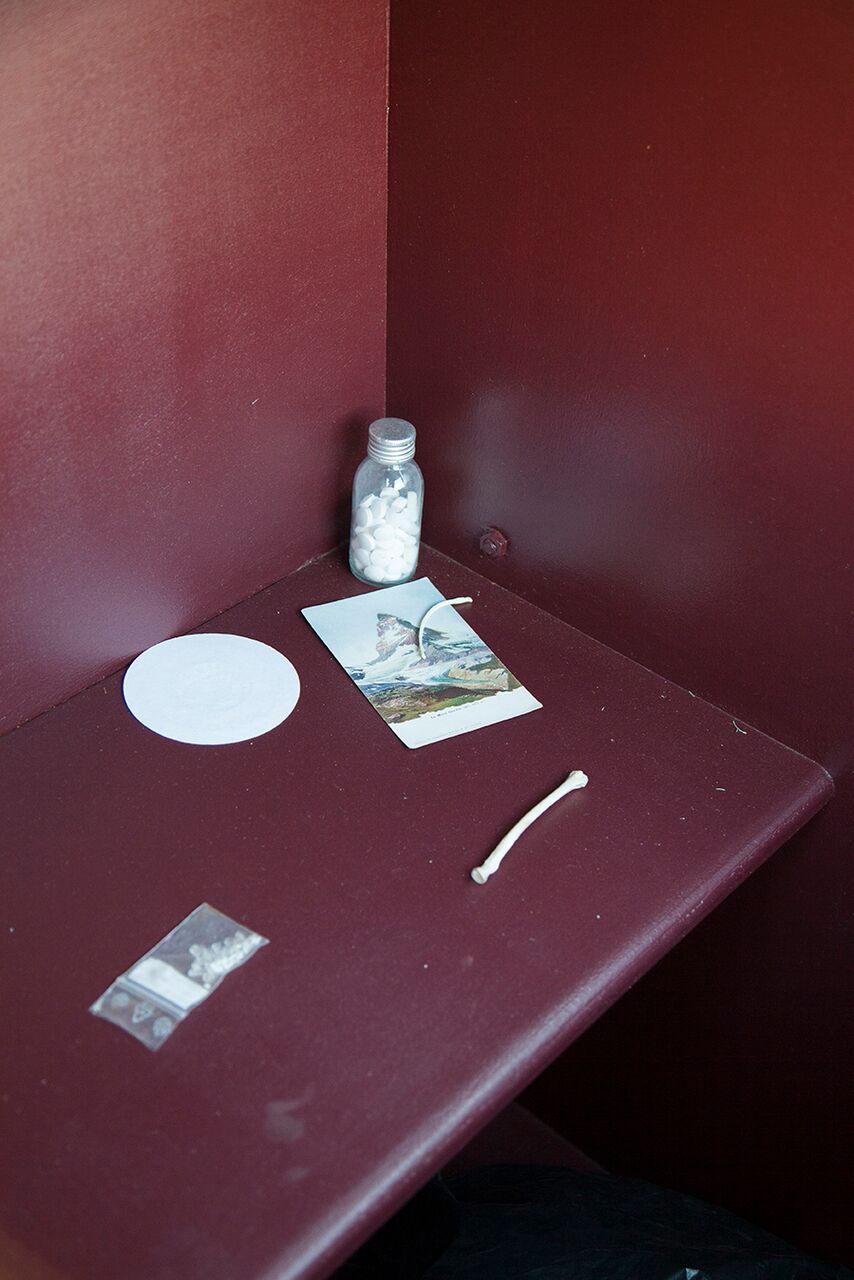 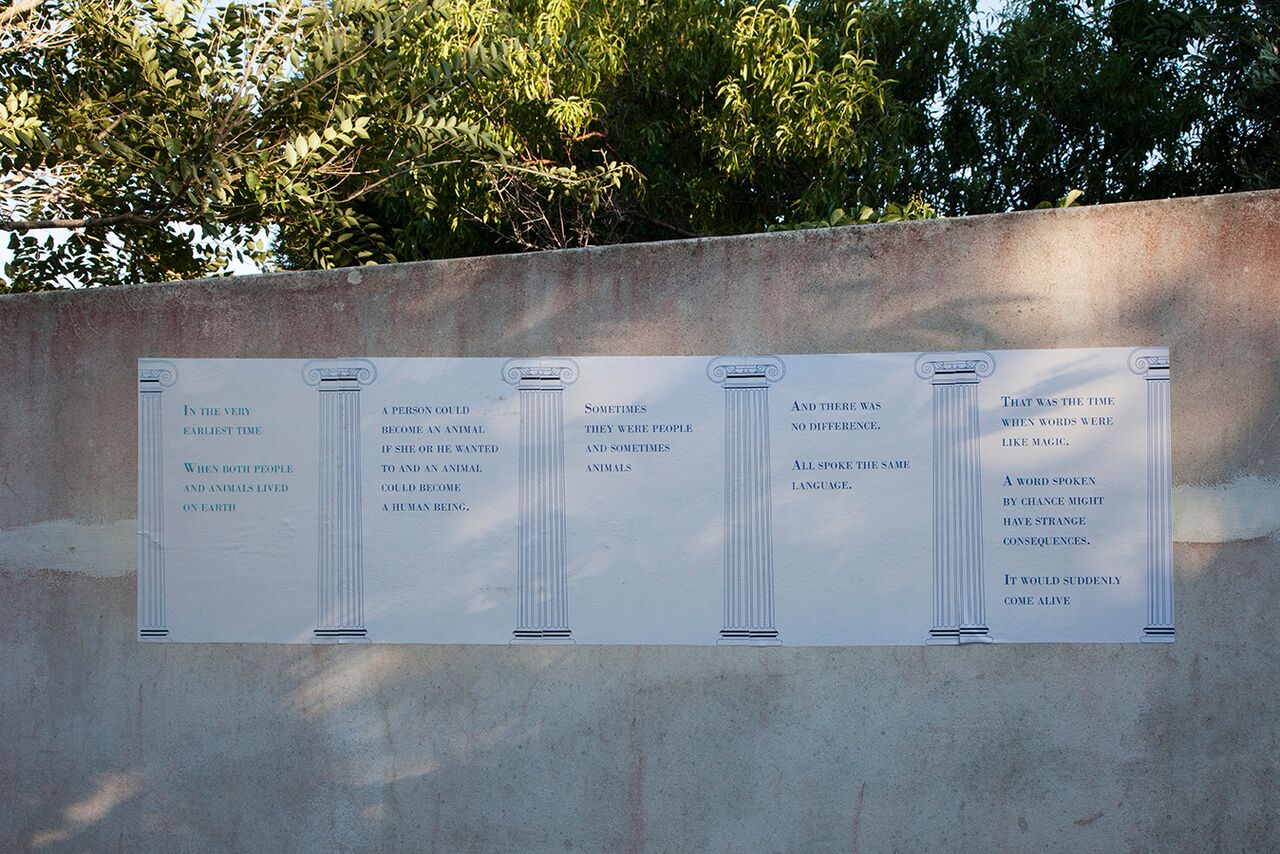 With the light fading some people moved to the house of Tiziana Di Noto for Stromboli, Sirenetta (Edit), an edit of Stromboli and The Little Mermaid by Martin Murphy. Tiziana inhabits three small huts protected by palm leaves, living right by the sea as she has always done.

Martin also presented the intimate story of Aimée; a French immigrant with a living memory of the island. The video narrated her relationship with Stromboli and why she decided to stay instead of following her husband back to France, telling the story of the 1974 explosion of Iddu that she witnessed and her long-standing relationship with cats. 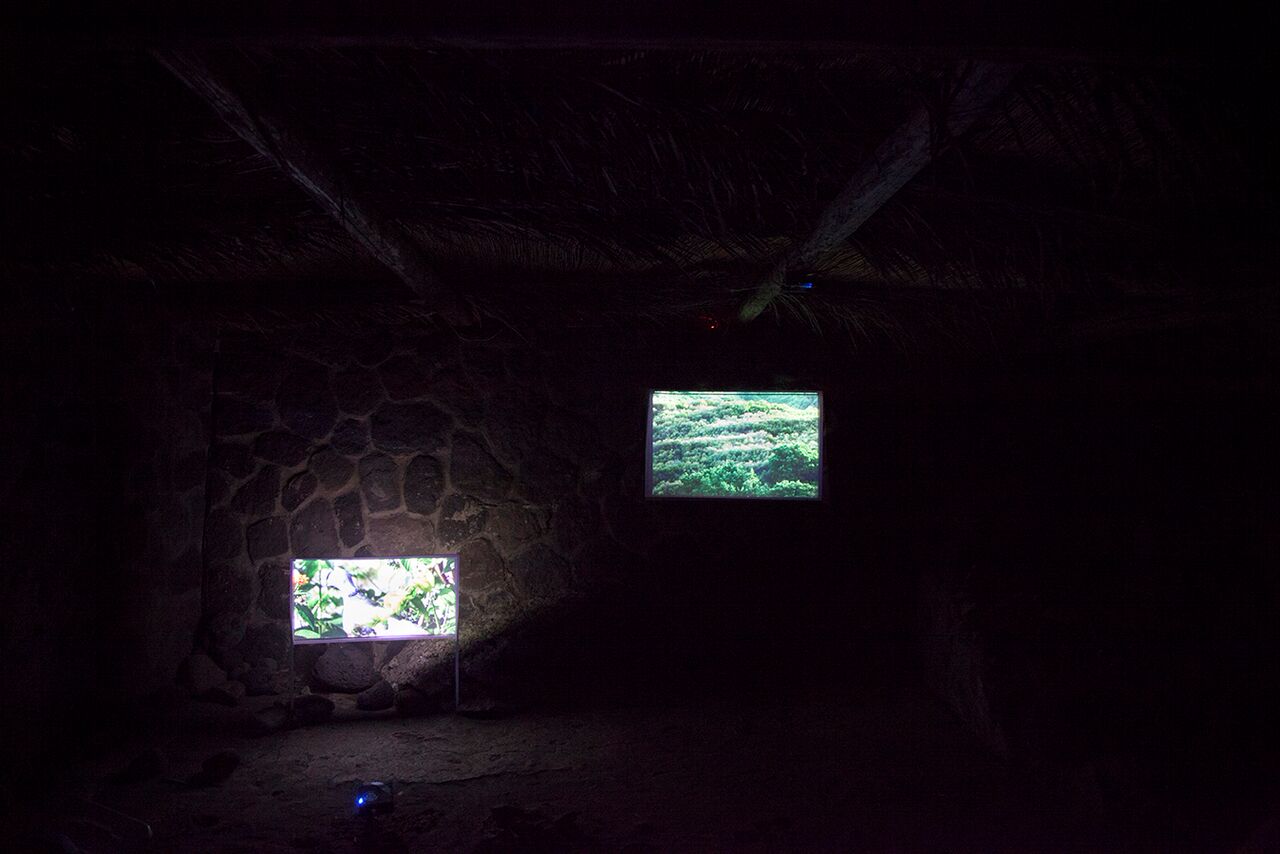 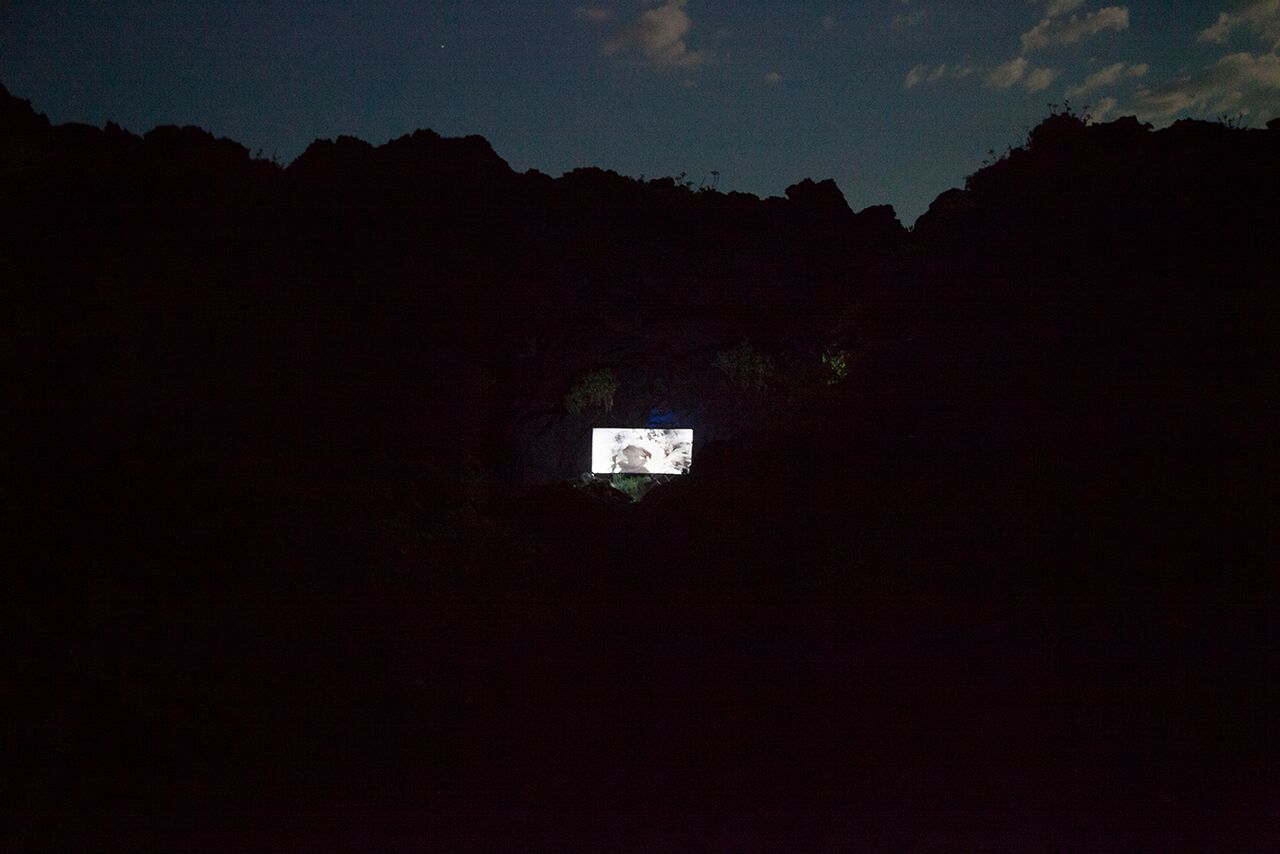 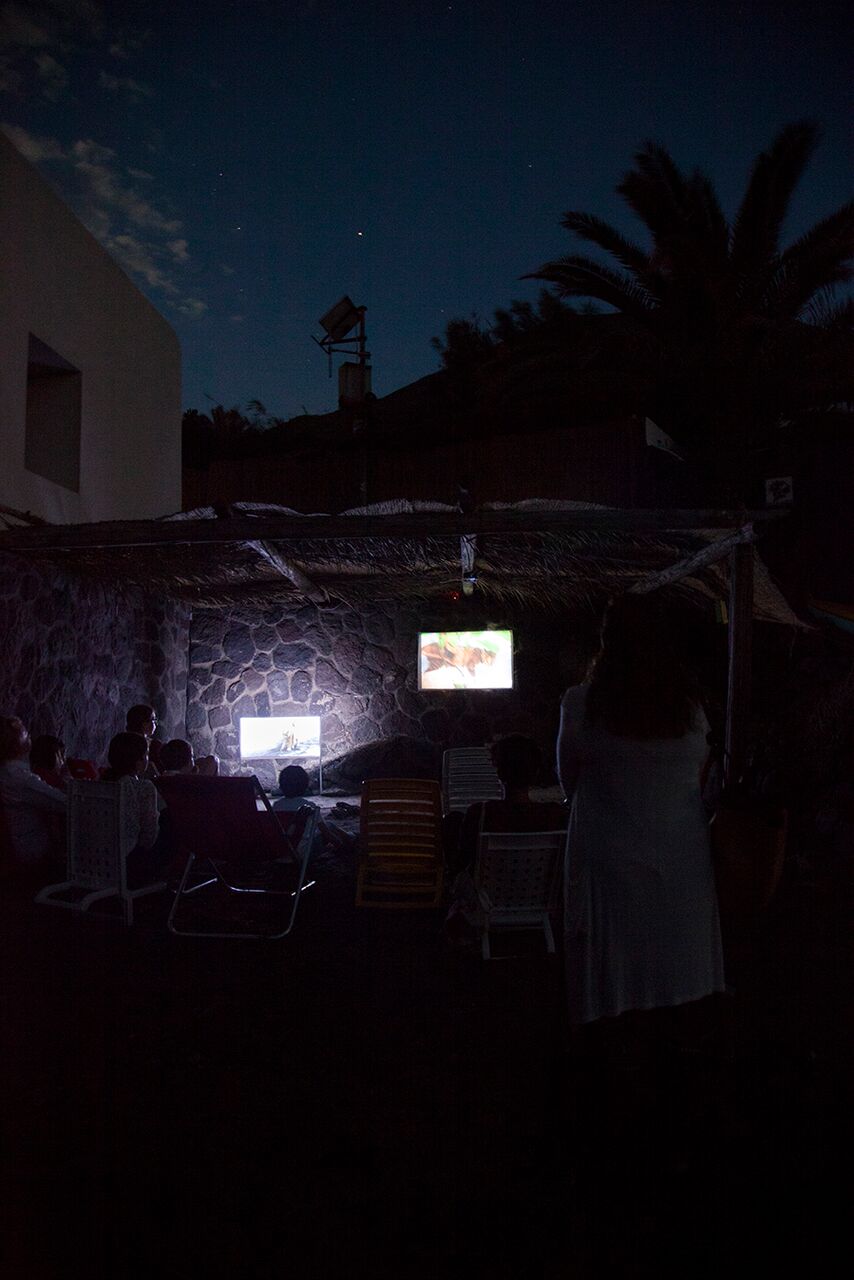 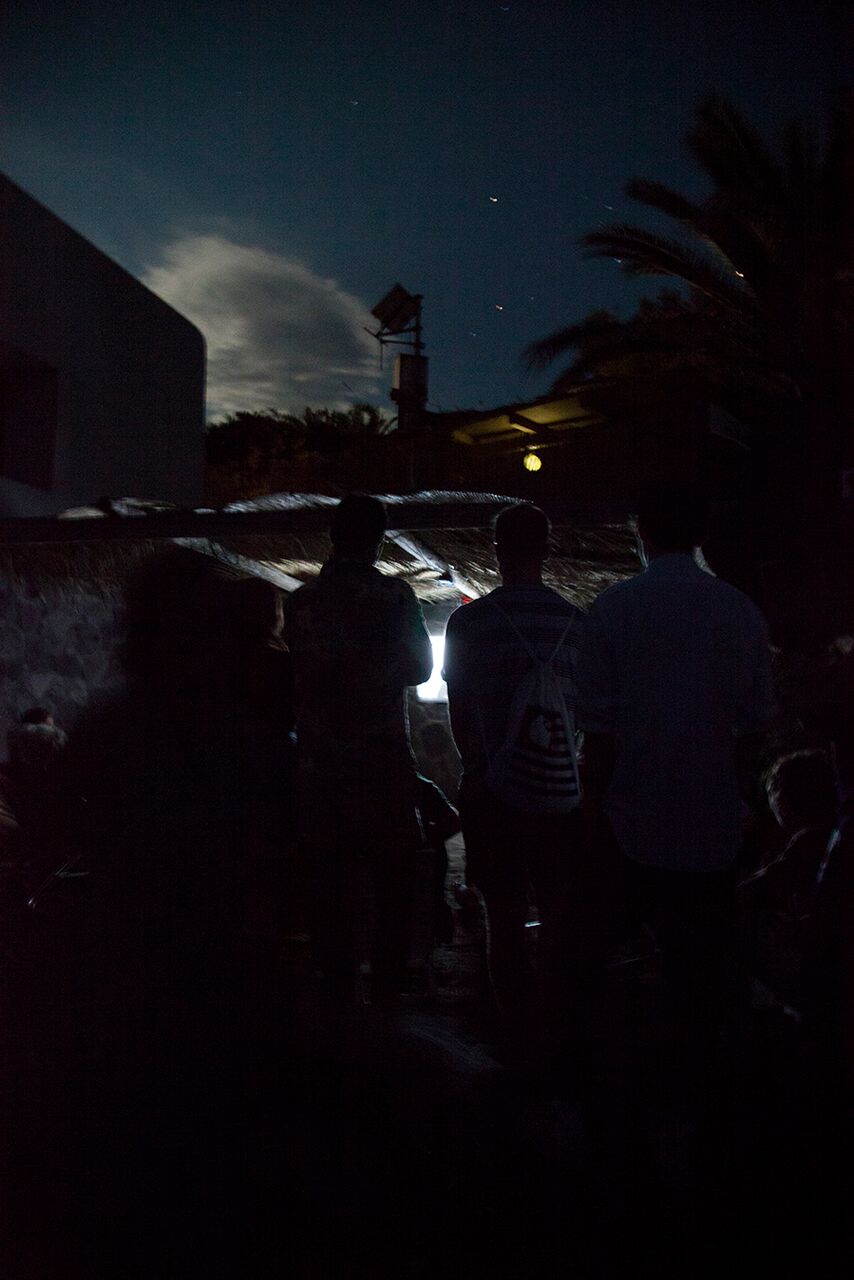 Juliette of the Herbs was shown at the house of Davide who, arriving to Stromboli in 1980, has cultivated one of the most beautiful gardens on the island. YoYo was hosted by Elvira Maresca who, since 1973, has been responsible for the large art world interest here.

The evening came to a close with another Cocktail Marsili hosted by Casalinghe di Tokyo and a DJ set by Paine Cuadrelli. We all went to bed anticipating the next day’s promenade, our dreams only disturbed by the distant rumbling of the volcano. 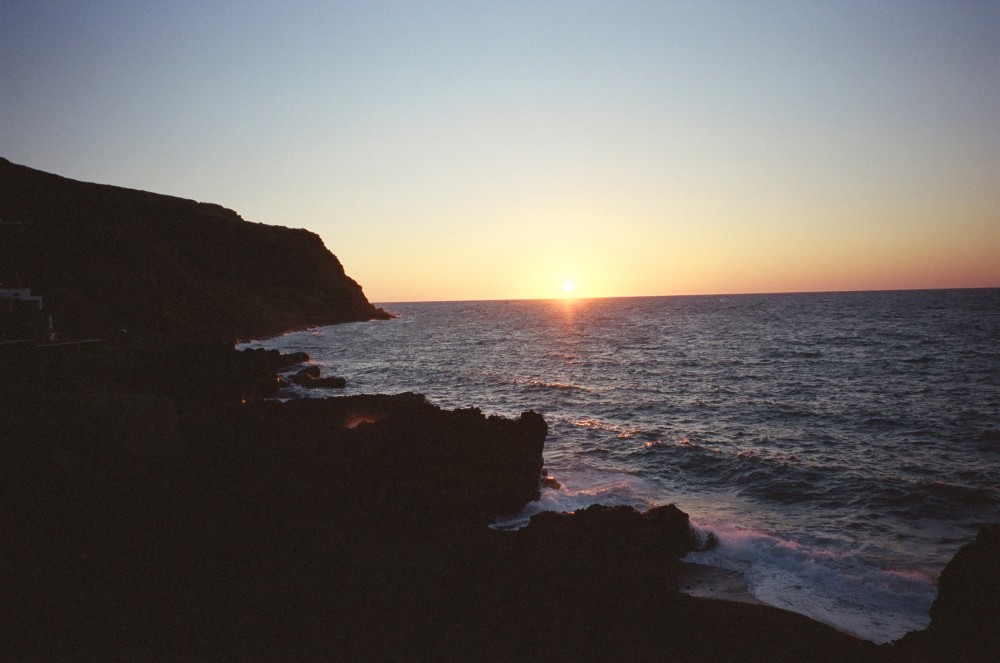