Day 4: Danger and Eroticism of Distances 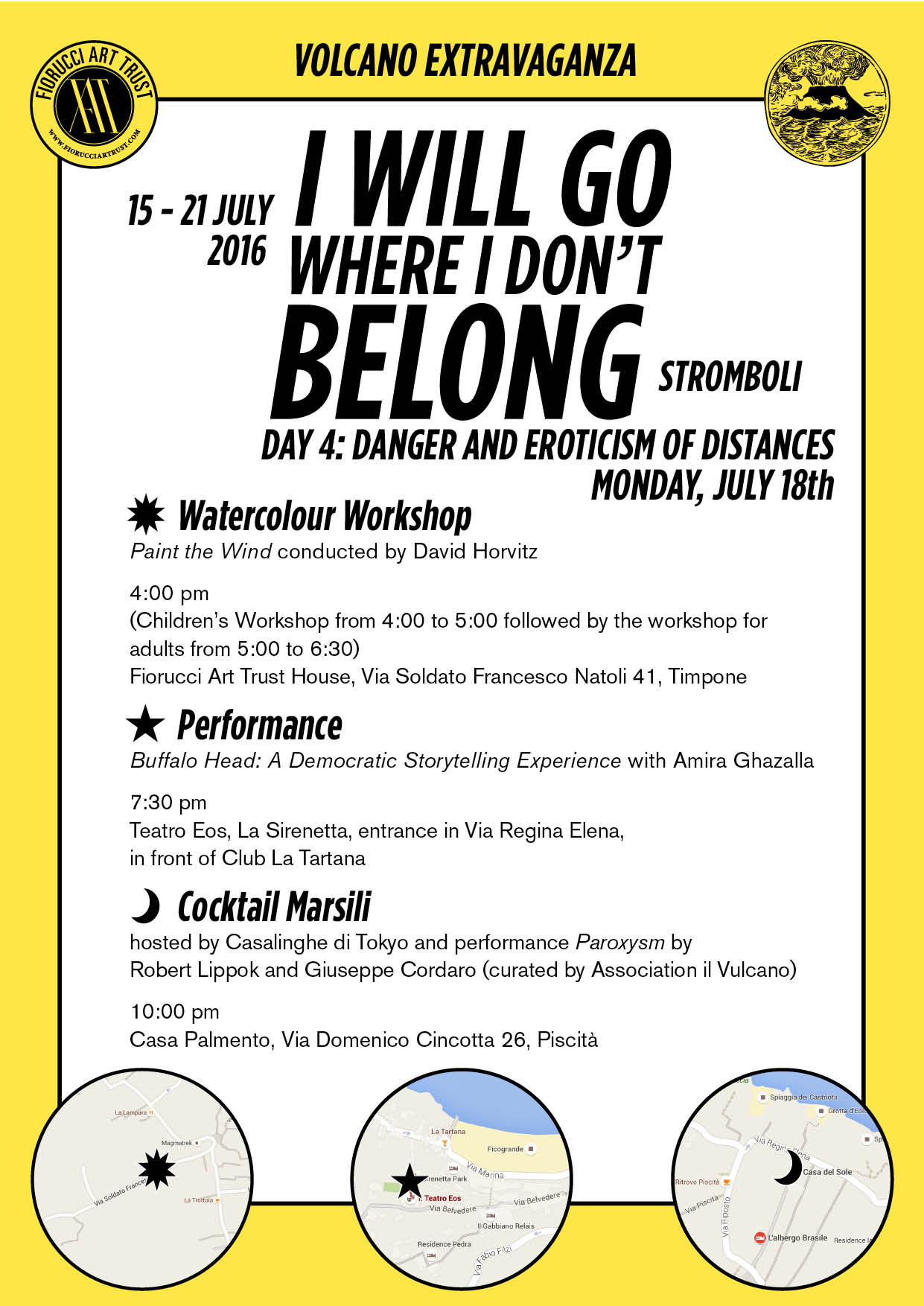 David Horvitz, having invited the Aeolian winds to take part in this year’s festival, conducted a workshop for the local children. Encouraging them to each paint the wind, the children gathered to channel its movement, acting as a conduit.

His book of dreams was also starting to take shape, creating a durational work throughout the week. Permeated within the exile of sleep, the artists’ dreams – only broken by the distant volcano’s eruptions – were beginning to create a shared consciousness, like the underground roots of mycelium. 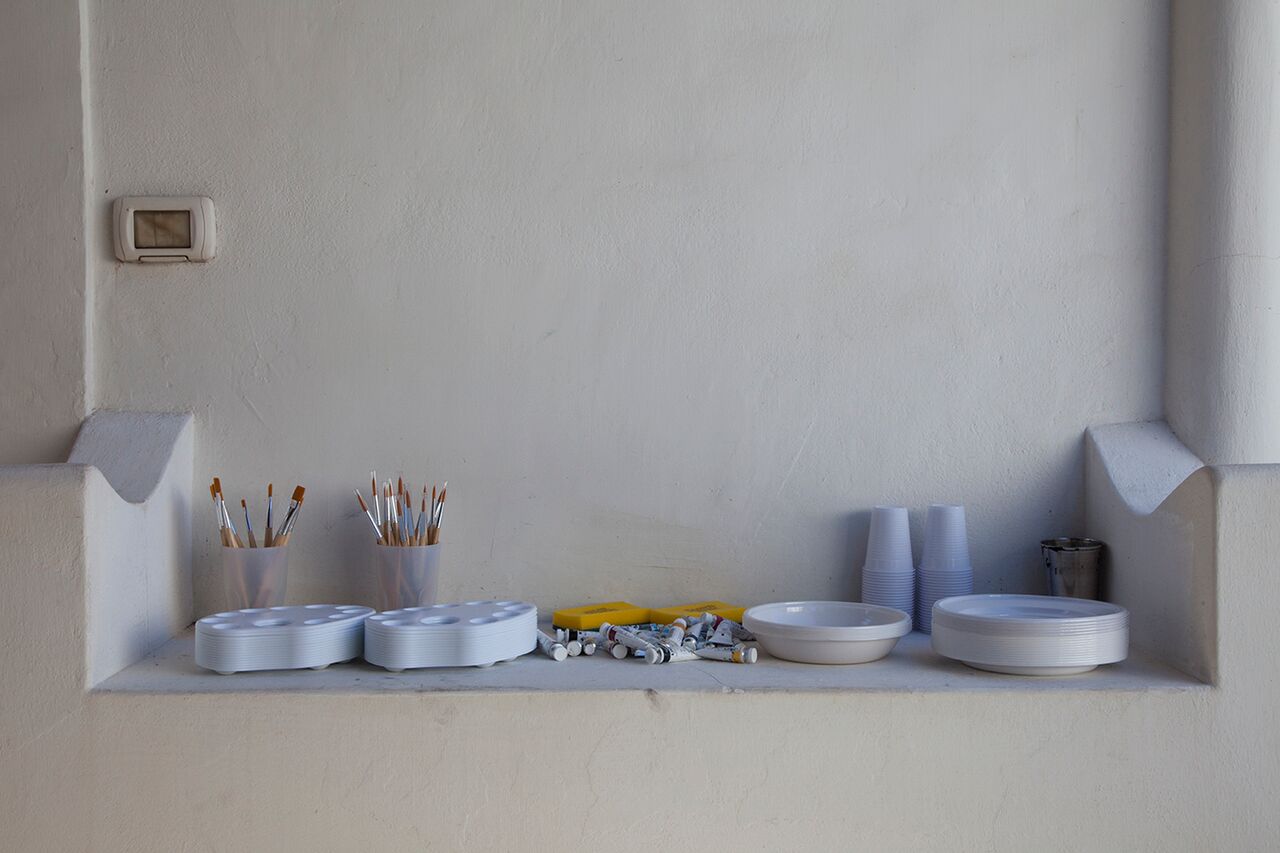 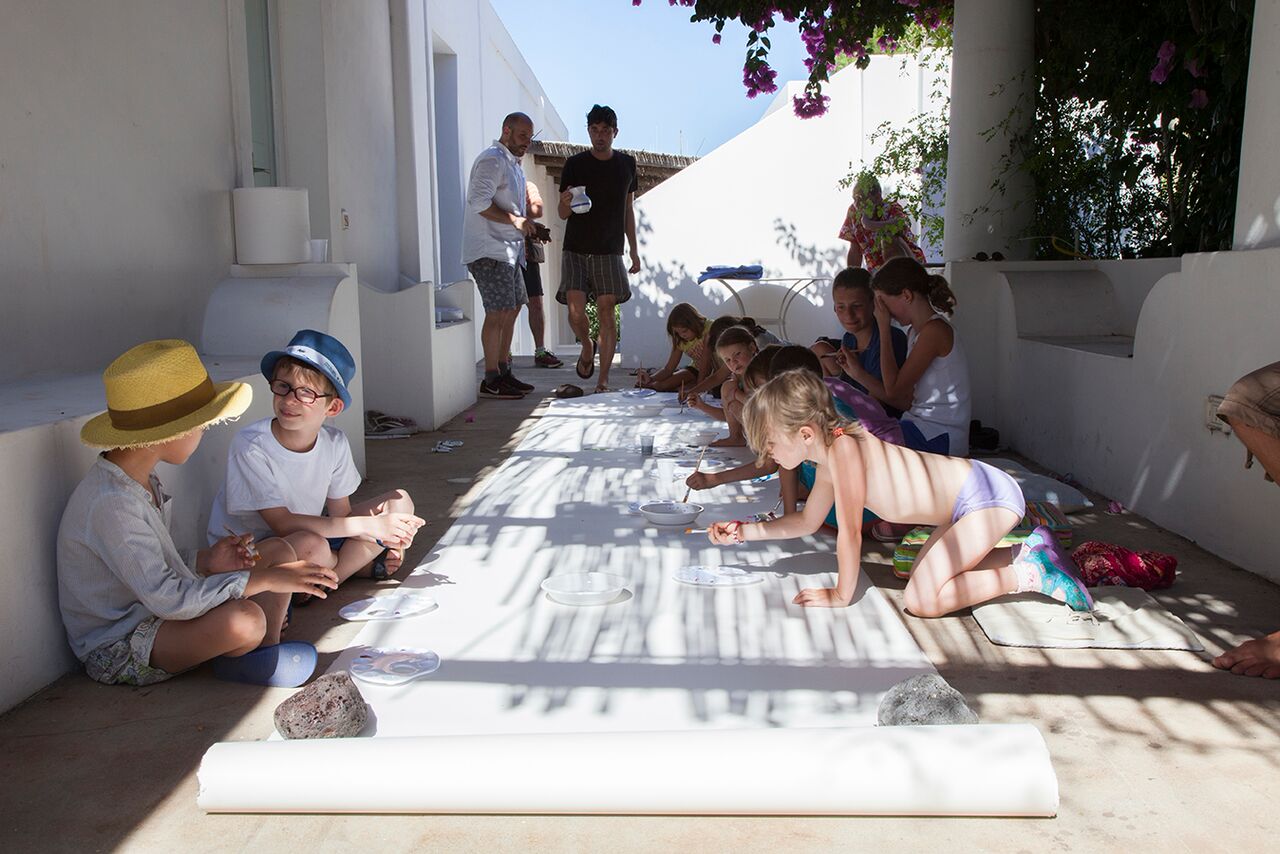 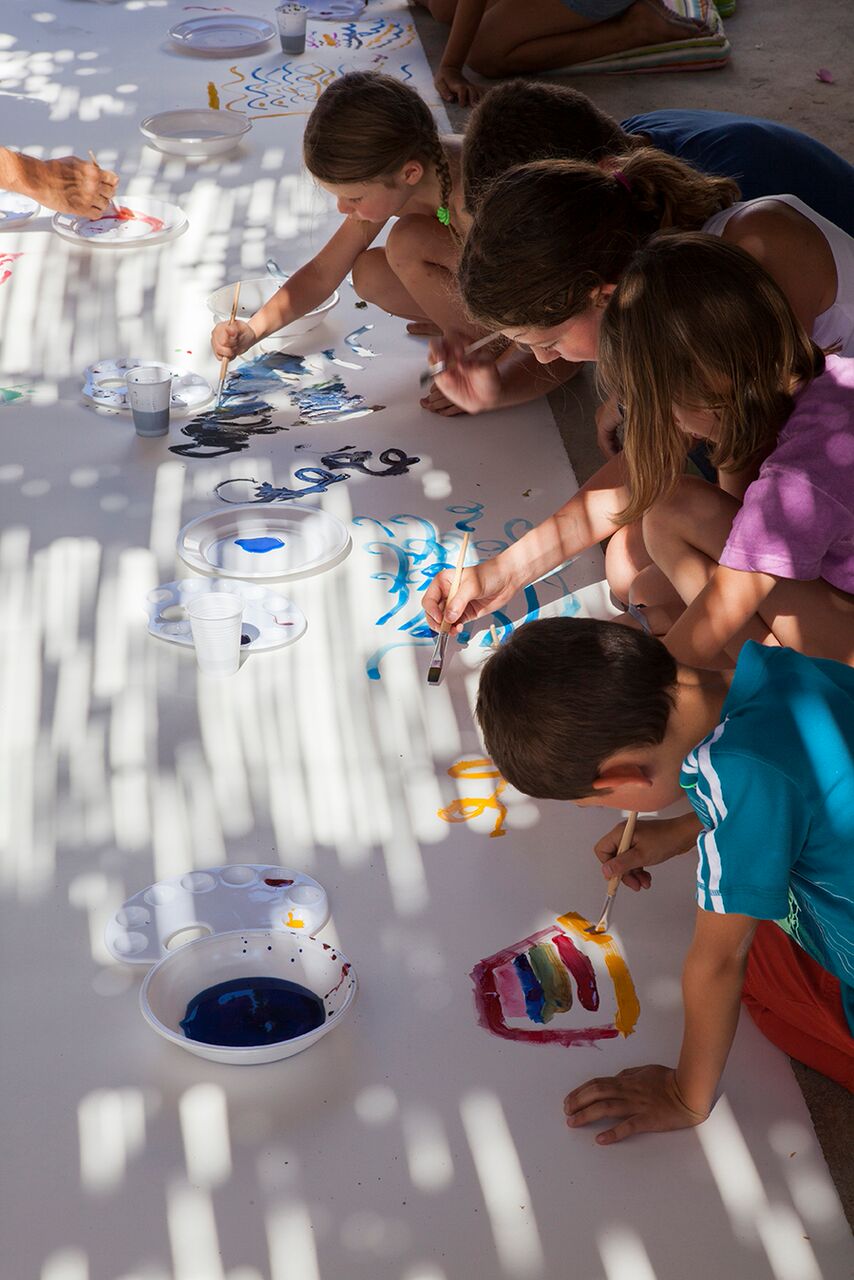 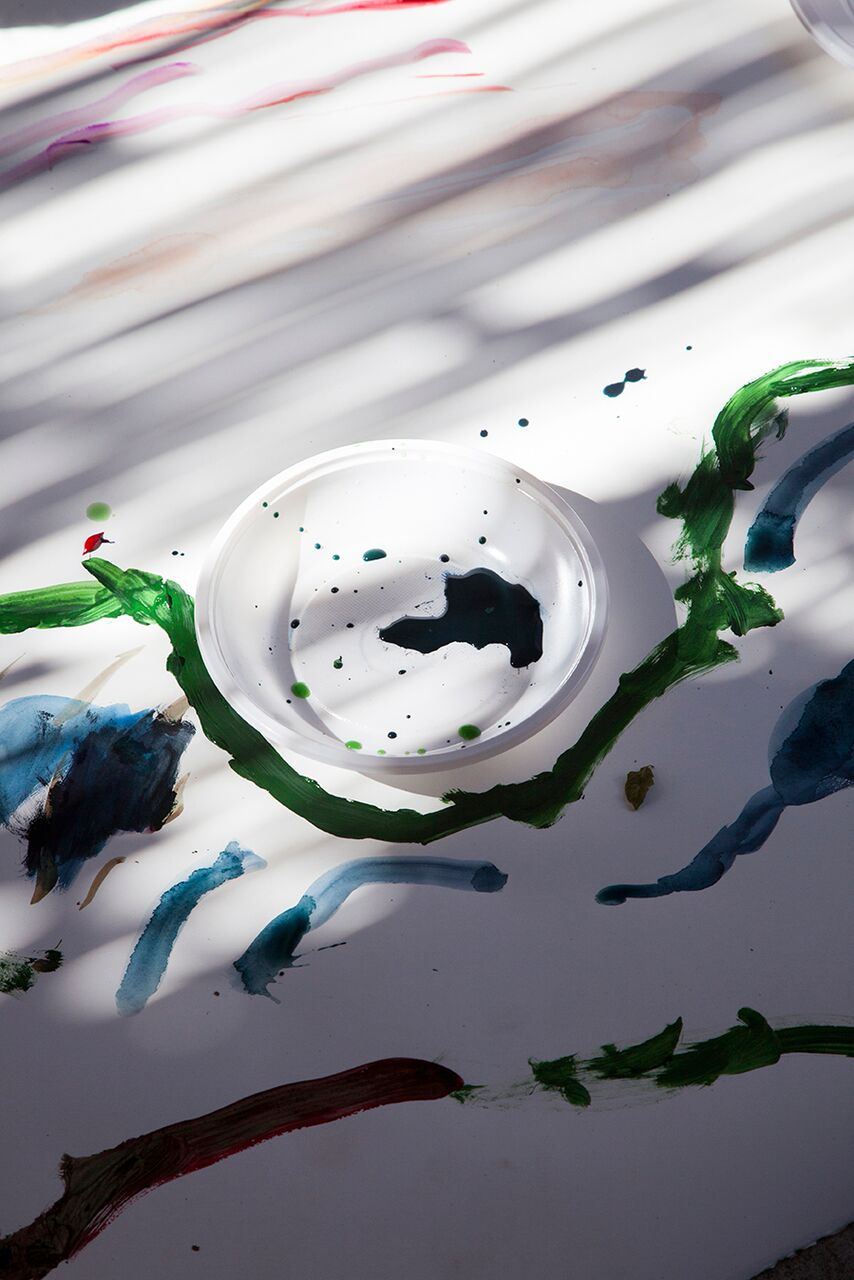 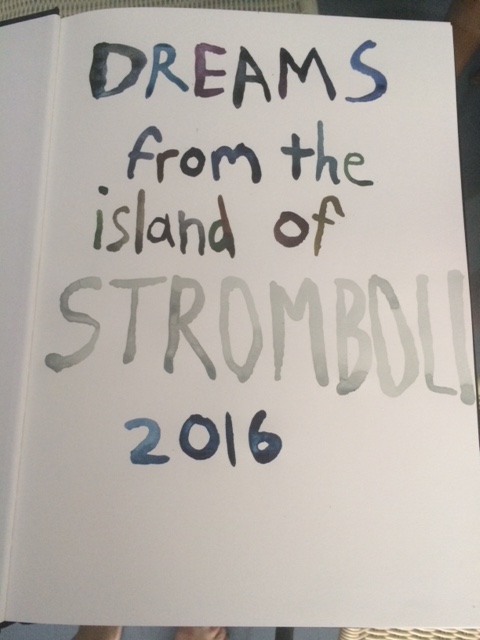 Buffalo Head: A Democratic Storytelling Experience took place at Teatro Eos. Relying on the power of collective decision-making it explored nearby and distant dangers following a little girl as she leaves the home of her mother – the Buffalo Head – to explore the world outside. Captivatingly perfromed by Amira Ghazalla the audience were invited to influence the narrative as the little girl explored both the eroticism of the other, of the danger in distances, and of the consequences of following the wrong path. The event, by Camille Henrot, included the participation of Jacob Bromberg, David Horvitz, Maria Loboda and Milovan Farronato and was adapted from Italo Calvino’s folktale of the same name. 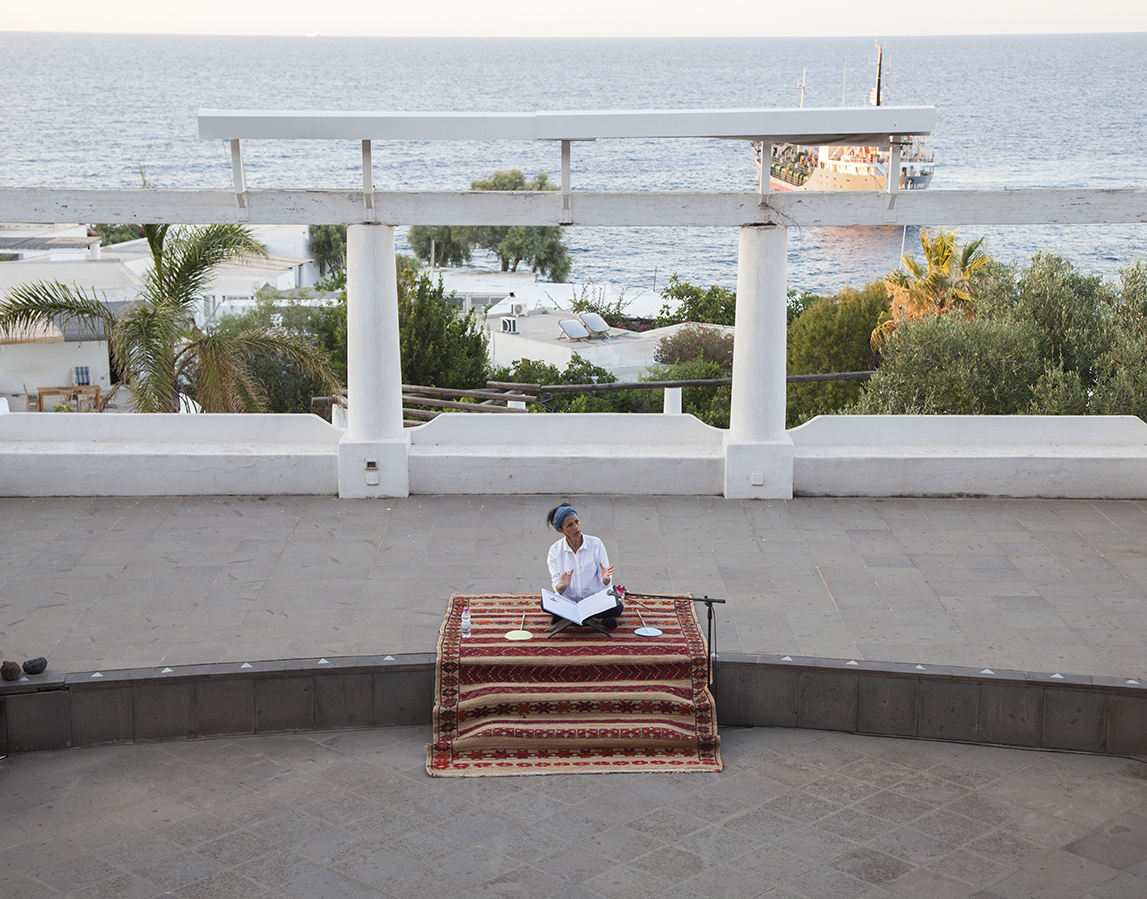 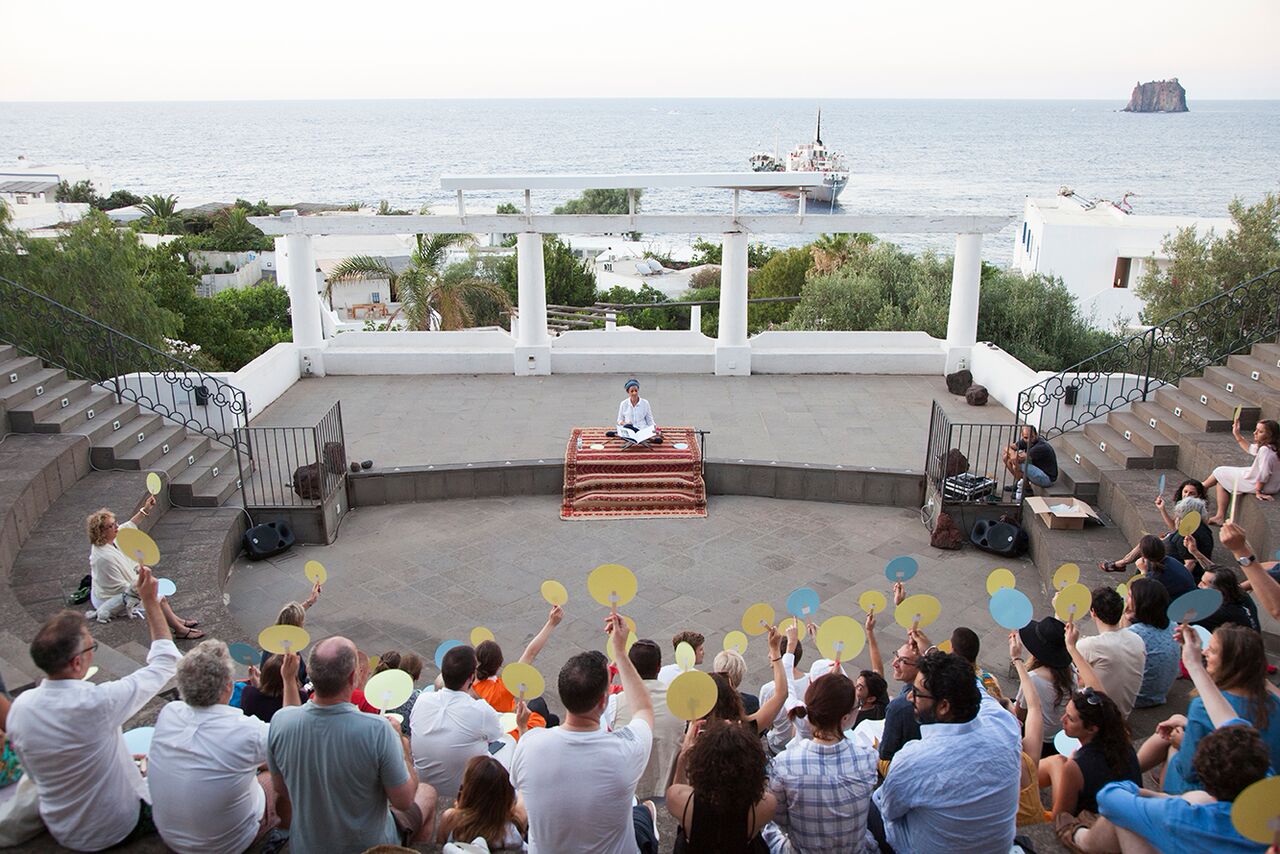 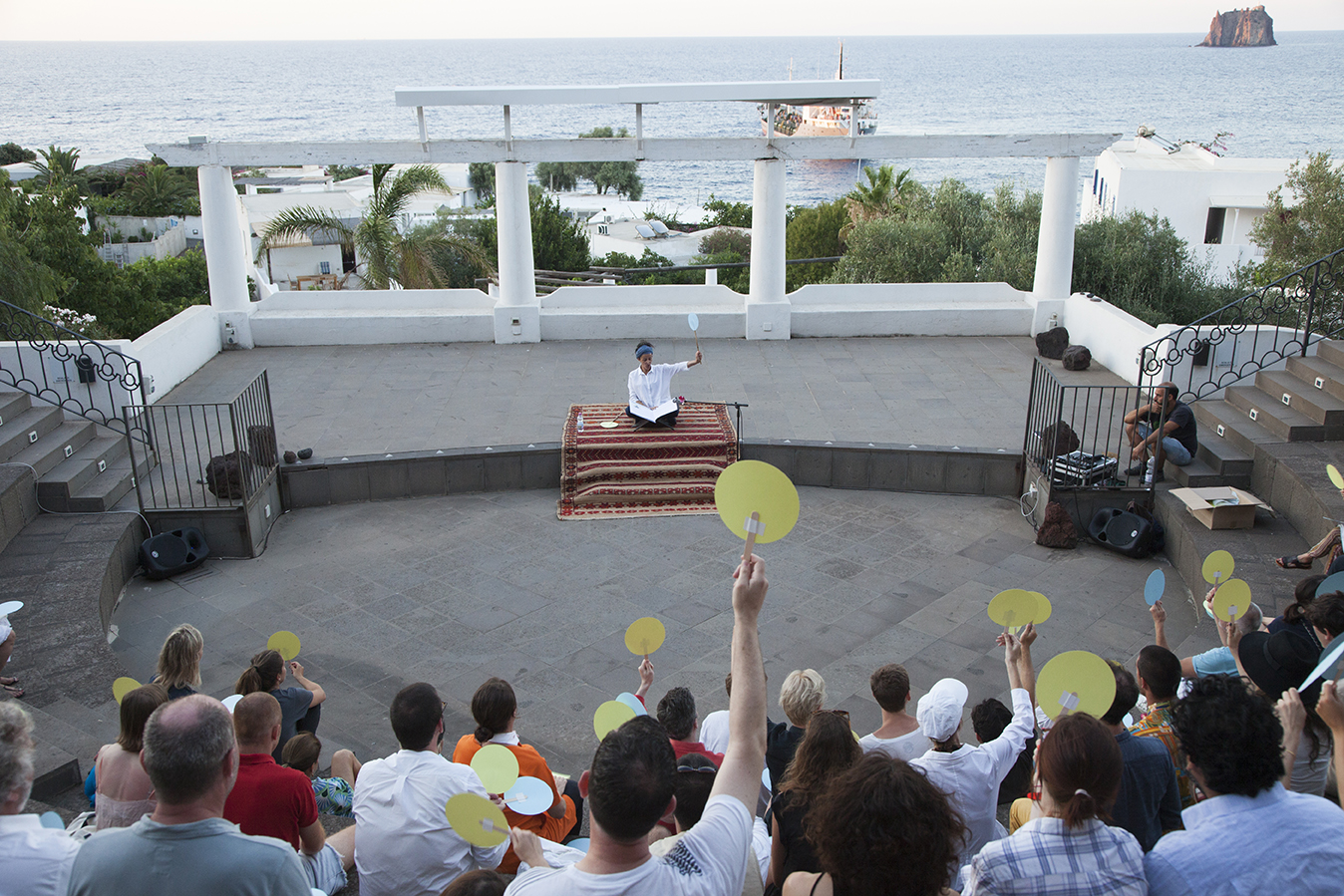 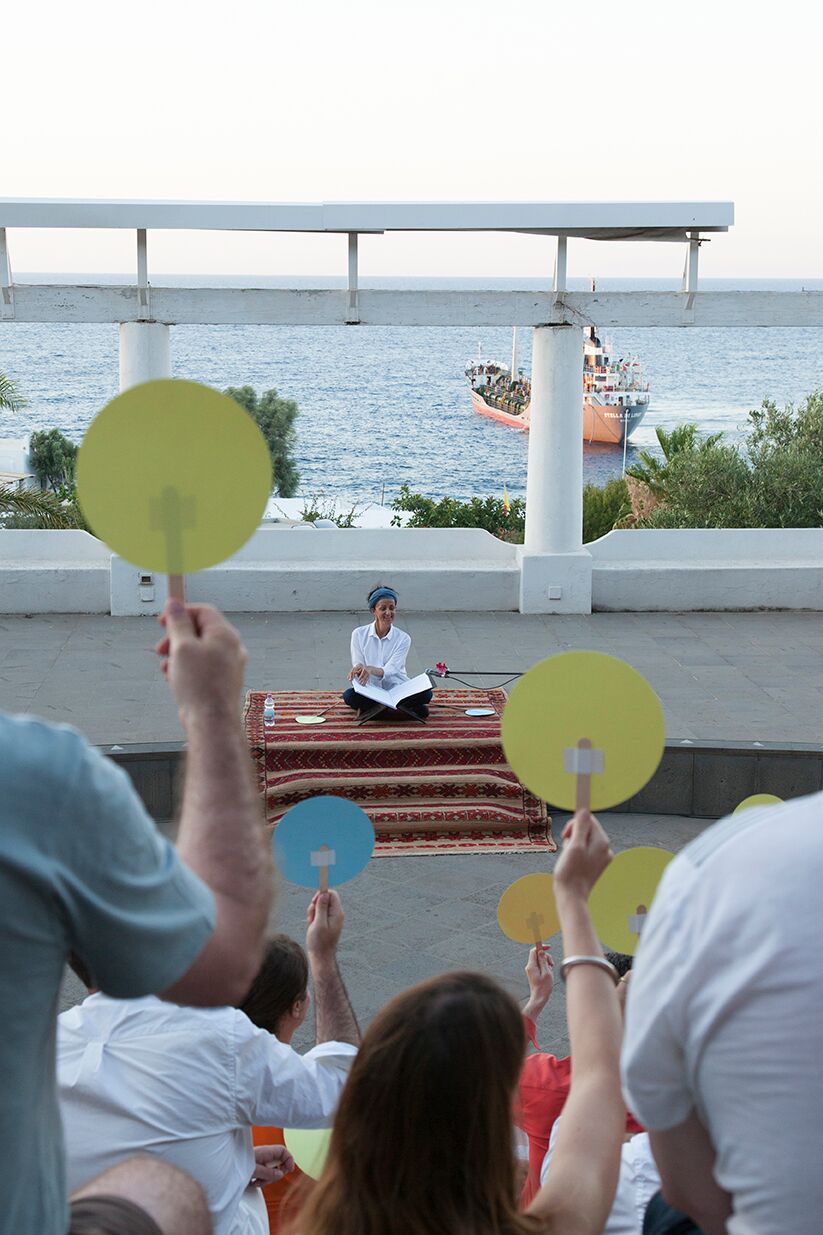 As the performance came to a close, the audience dispersed for the evening’s film screenings. Barbara Engele hosted a screening of Picnic at Hanging Rock. Barbara was 16 when she first arrived from Innsbruck to the sound of the volcano’s eruptions and having been resident since 1982, she doesn’t like to think about staying forever but doesn’t want to contemplate where else she would want to go either.

The fear of trespassing in to the unknown – of crossing a threshold –was further explored in the films of How Tasty Was My little French Man hosted in the home of Karin Melbi. Karin works as a nurse in her native Sweden for two months of the year, spending the rest of her time on Stromboli, where she plans to never leave.

Liberdade by Gabriel Abrantes and Benjamin Crotty was shown at the house of Gioacchino Letizia, who originally from Messina now spends most of his time on the island. And Trouble Every Day was shown at Pasquale Sabatino’s home who decided to stay after a visit to the top of the volcano. The island, he says, creates insoluble ties, even if you don’t live here, you keep coming back. 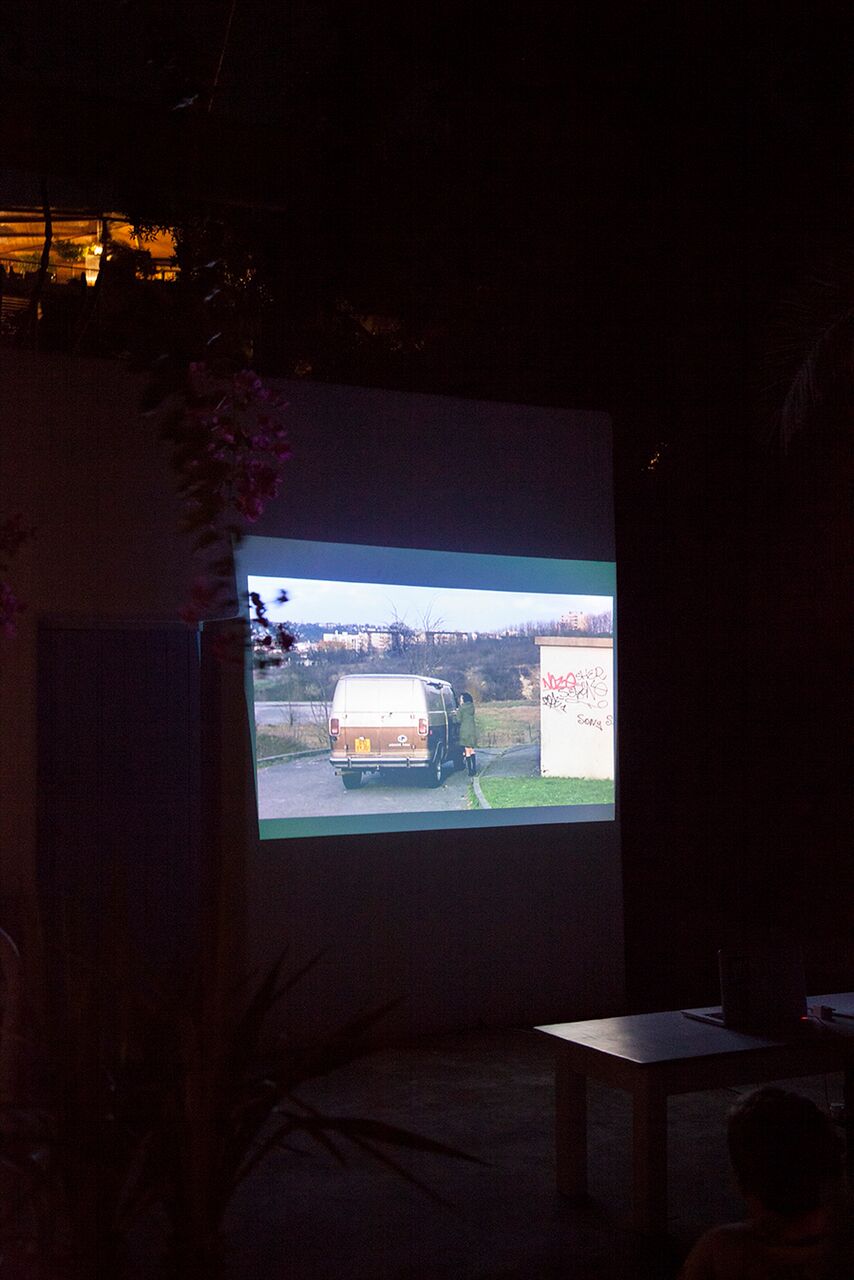 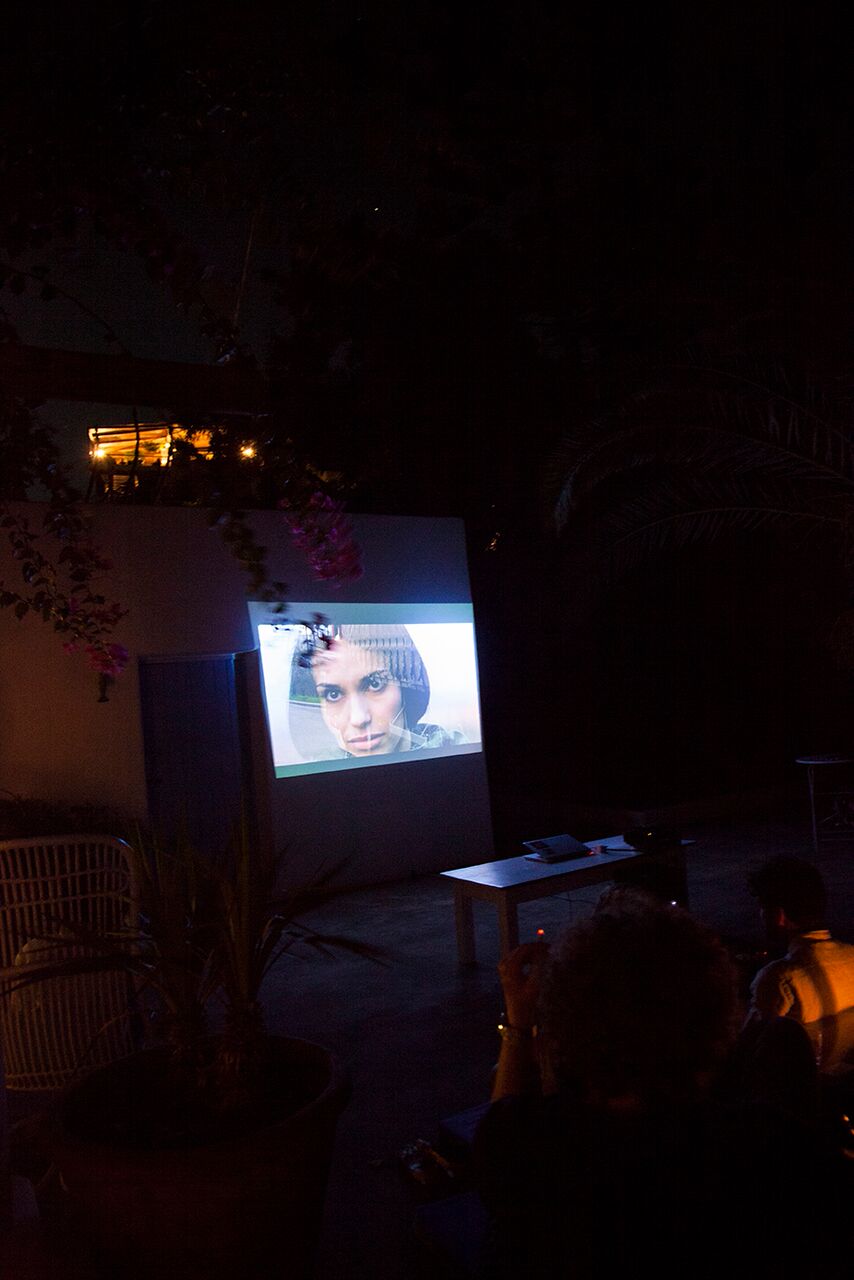 The evening was brought to a close with Cocktail Marsili hosted by Casalinghe di Tokyo at Casa Palmento, where Robert Lippok and Giuseppe Cordage presented Paroxysm, in Association il Volcano.