Chiara Fumai with Harry Houdini,
Free like the Speech of a Socialist,
an act of stage illusionism during which the revolutionary Rosa Luxemburg is dematerialized,
15 August 2011, House of Extravaganza, Stromboli 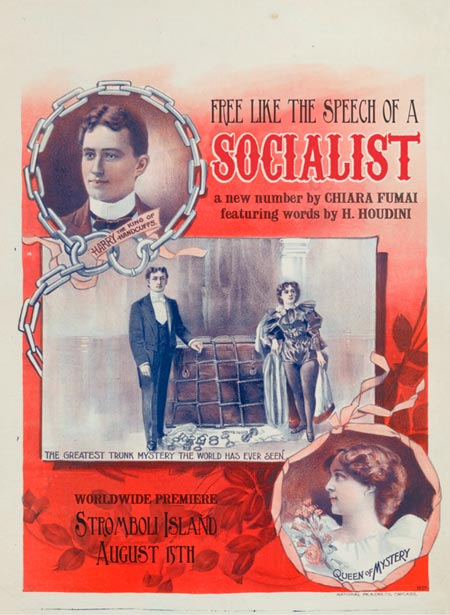 “Ladies and Gentlemen,
for the night of the 15th of August, under a sky cadenced by the throbbing of stars, Volcano Extravaganza presents the world première of Free Like the Speech of a Socialist, a live performance by Chiara Fumai and the famous magician and conjuror Harry Houdini.
Between reality and fiction, vocal superimpositions and video images, scepticism and utopia,
Chiara Fumai introduces an imaginary magic act by Houdini in which a revolutionary is dematerialized.
The performance consists of the superimposition of two talks, in the form of a non-dialogue, between an illusionist and his assistant.
The first talk is made up of recordings and texts by Harry Houdini, reinterpreted and fused into a single act, during which his mute assistant is tied to a chair, gagged and then dematerialized.
The second talk is an extrapolation of parts of the Letter to Sophie Liebknecht (1917) written by Rosa Luxemburg in prison shortly before her assassination. The text, deeply significant and equally controversial, reveals the feelings of compassion that the Marxist theorist had for animals, paving the way for a new, visionary, but uncomfortable utopia.

‘I’m very interested in a number of figures who lived around the turn of the 19th century, their still untarnished utopias and their methods of relating to an audience. In particular I’m interested in worlds that have something to do with the invisible, as they seek the truth and re-present it to an audience in other forms, using any method, at the cost of embracing artifice, mystery and uncertainty. In this regard I believe that the end justifies the means, and that surrealistic means are capable of producing new sustenance for the mind. Thanks to the after-effects of the abstract work, what seems a monument to memory can speak to the present and the future, the ghosts are themselves the future…’ ”
[Chiara Fumai]

The act concludes with the woman’s disappearance from the video and her voice from the audio.

Houdini winds up:
‘Ladies and Gentlemen,
The chair is now free like the speech of a Socialist!
I thank you for your attention’ 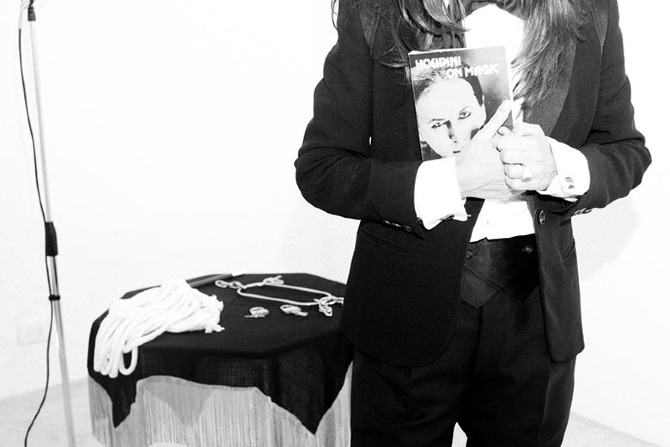 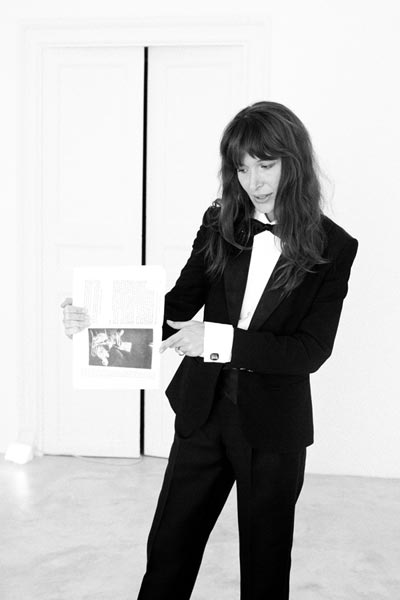 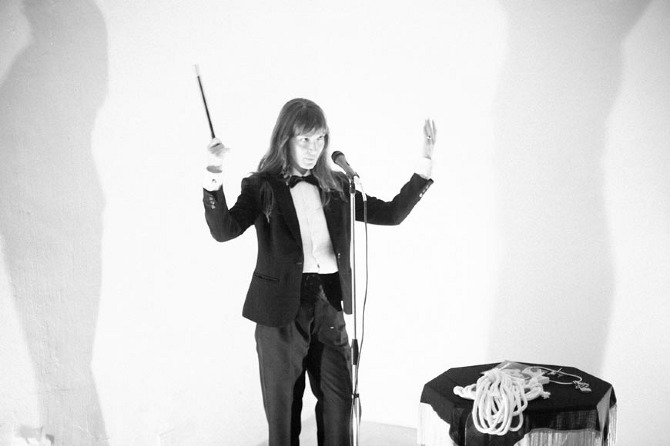 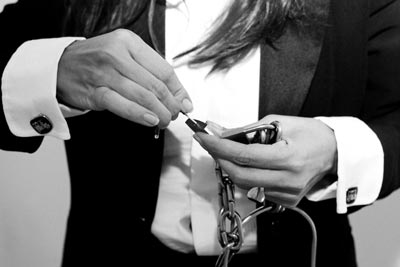 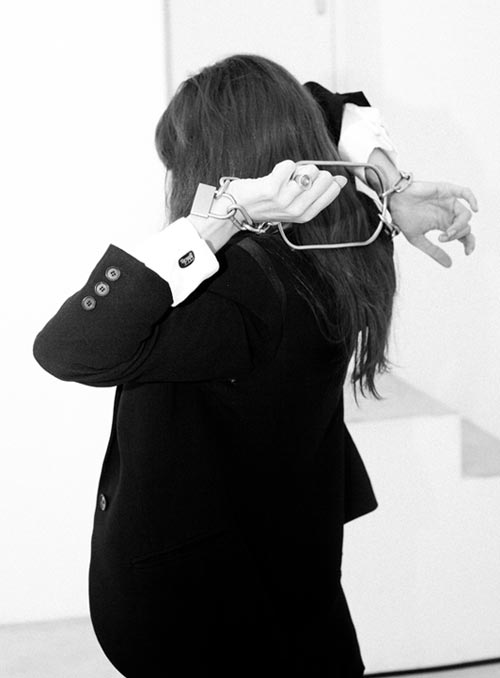 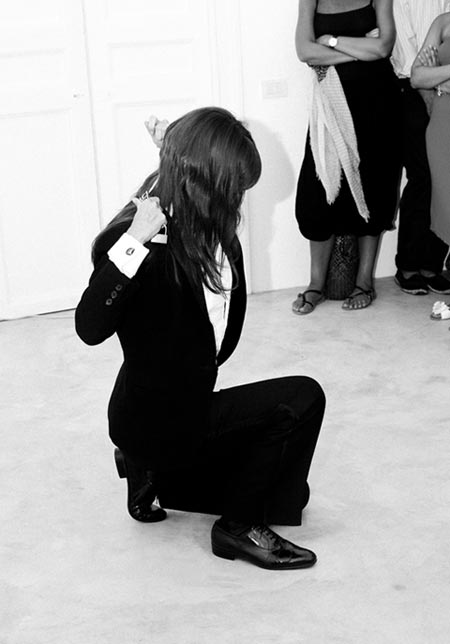 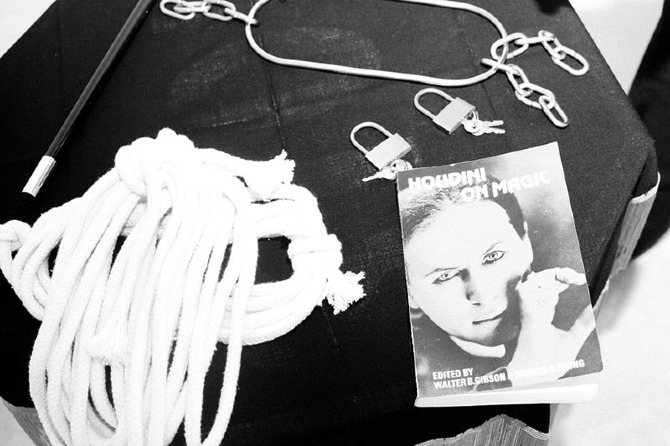