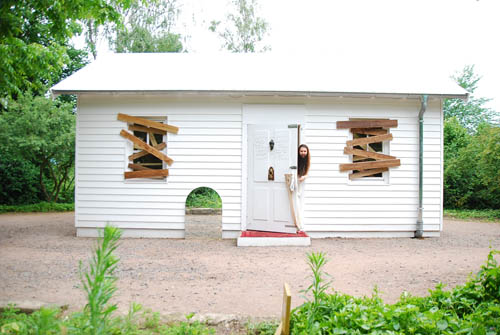 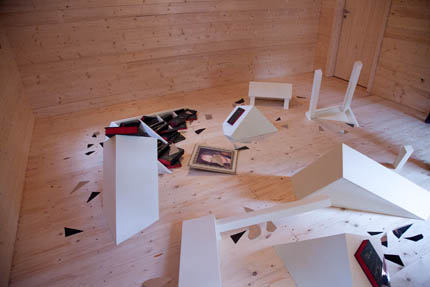 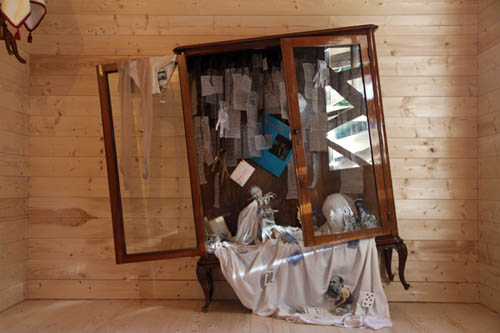 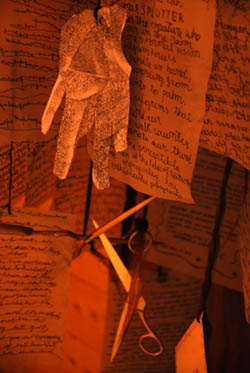 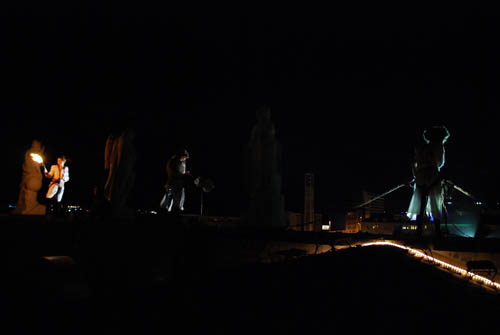 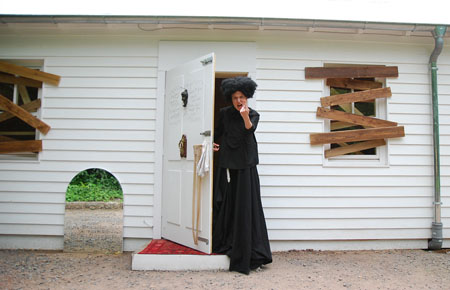 Fumai’s new performance-based project for dOCUMENTA (13) is a “Moral Exhibition House” inspired by nineteenth-century pseudoscientific fairground spectacles.
Articulating references to the Hegelian dialectic, the story of modern spiritism and occultism, William Blake’s illustrations for the Book of Job and the theosophical interpretation of the Lucifer myth, as well as the redefinitions of “WE” and “I” made by Rivolta Femminile, a radical feminist group founded in Rome in 1970, Fumai actively implicates the viewer in an atemporal dimension, providing a feminist answer to the witch’s house of the Kassel-based Grimm Brothers.

Within a pair of autonomous but connected rooms, Fumai focuses on two women who belonged to P.T. Barnum’s nineteenth-century American Museum: Annie Jones, the most famous Bearded Lady of the Victorian era, and Zalumma Agra, known as “The Star of the East.” Each room contains an installation that also functions as the scenario for a weekly performance.

In the first room the public witness Shut Up. Actually, Talk (2012), the subversion of a philosophical cabinet through an act of “political ventriloquism” in three acts based on Carla Lonzi’s manifesto “Let’s Spit on Hegel” (1970) and other Rivolta Femminile’s writings. Although witnessing a spectacle of protest, what the audience experiences is miraculous, supernatural, and absurd. In the second room, Fumai presents The Prodigy of Nature (2010), a collection of letters of admiration written by twenty-first century artists and writers to Annie Jones. In the live performances, the letters are read out by Annie Jones herself, through “mediumistic” transmission, while the manifesto “I say I” by Rivolta Femminile (1977) is transformed into the demonic possession of Zalumma Agra. Liberating these so-called “freaks” from their past “slavery,” Fumai enables them to occupy the symbolic venue of the Fridericianum and gives them a public voice for the first time.
(Andrea Viliani) 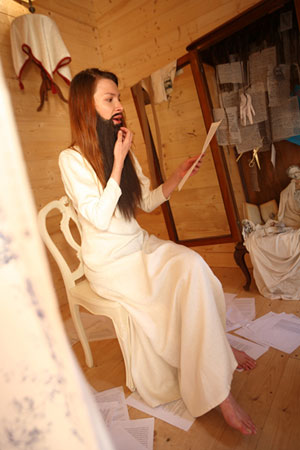 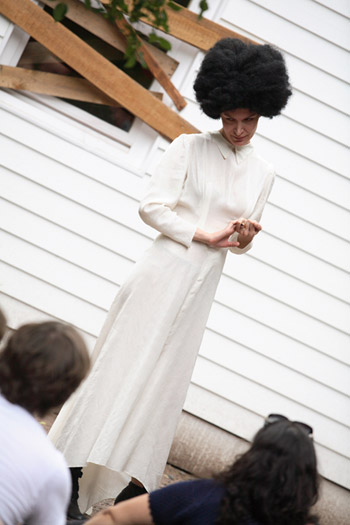 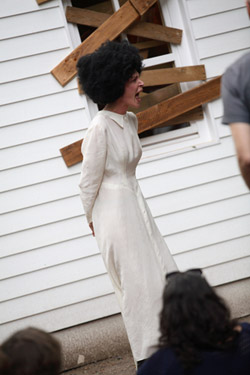 Photos of performances by Alfredo Cillari