PATRIZIO DI MASSIMO: “Do you identify more with who you think you are or who you’d like to be? I’d really like you to reveal to me my biggest unconscious lie. Or perhaps it ought to be me, in this case, who tries to reveal yours… I’m afraid you wouldn’t be happy with me in the end!

No, you couldn’t make me happy by revealing my biggest unconscious lie to me. Even if you might be doing me a big favour, giving me a moment of catharsis at last. But don’t they say that ‘every man lies, give him a mask, and he’ll tell you the truth’? I’m afraid the truth is in fact that our biggest lies are the ones that we’d like to have in order to be able to hide… but in reality they are not ours because when it comes down to it we have nothing to withold. I think I still identify more with who I’d like to be… Is this true for you, or has a disenchanted wind already given you a vision of who you think you are? ‘[…] But I still need to learn who and what to desire really […]’.”

PDM: “Who are you quoting? Who is wondering about the construction of a desire? You or me? And when was it? I have a perverse aptitude for forgetting, especially when it comes to desire. Tell me an anecdote that will help me remember, offer me a parallel…

I remember I was in Hong Kong and for several days I’d been drinking concoctions of plants prescribed to me by a local doctor that made me sleepy. I wanted to write a piece on myself and use those few days of distance as an incentive to concentrate. So I recorded my voice on the telephone, but instead of utilising a simple application for voice recording, I used this one called Morfo, which creates a three-dimensional avatar of you from a photo. First the avatar kept quiet, with a few lines of mascara on his face, a greenish spotlight at top left, the eyeballs rolling, waiting to be called to life. He listened, then repeated… and the monologue was already a dialogue, between me and myself, in my form and above any content.” 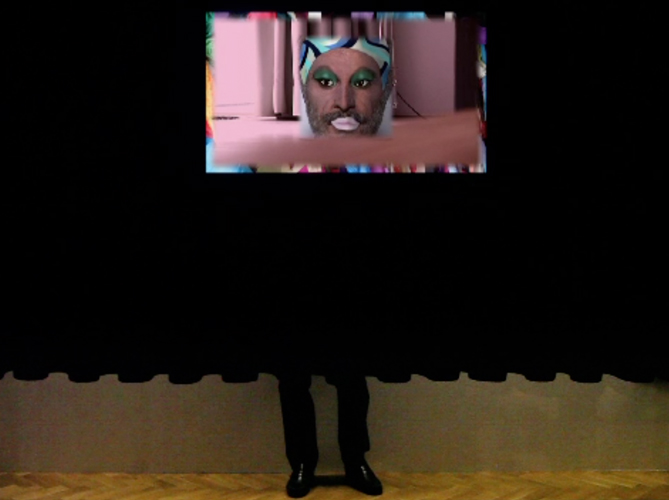 PM: “Recently I saw Kim Jones’s drawings. He fought in the Vietnam War: his drawings are endocrine battles composed of erasures, rewritings, advances and retreats. A game of Risk played by the same individual who tries to appear alternately on opposite sides. And I ask myself if there is equivalence, if this splitting does not end up tilting to one side or the other. Or if it remains motionless like Buridan’s donkey, poised between one self that attacks and the other that defends itself.

I think it’s important to take into consideration the point of view, which seems to be in perpetual oscillation. The operation of speaking to oneself, this unsuccessful session of self-psychoanalysis, is nothing but a realisation of the fact that there are no cures, only symptoms. Symptoms come out like fears, obsessions, fetishes, masked and at the same time unveiled by the words of the monologue. Dialogue on the other hand is what happens between a virtual complex and the reality that it duplicates. So there’s a whole exchange of values, of parts, of roles, which are nothing but the desires of the world and our imagination, open to the sky like the evils in Pandora’s box, freed forever.” 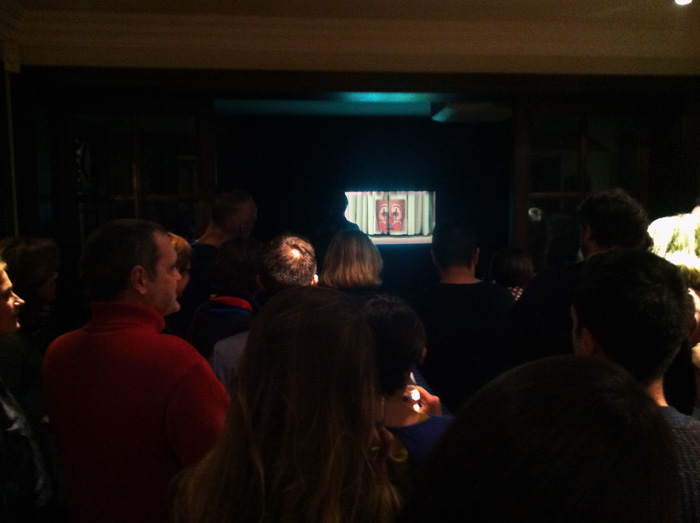 (Masked dialogue between the artist and the curator on the occasion of the first staging in the UK of Monologue for Two, with which the Fiorucci Art Trust is inaugurating the series of performance lectures entitled Lezioni d’Italiano. Monologue for Two is a soliloquy in the form of a dialogue between the artist and a video portraying him. Di Massimo is present on stage, but hidden by a drape. The video monitor, positioned at the height of his face, shows his doppelgänger in 3D. The dialogue produces multiple projections of the artist himself, mixing up reality and imagination, what he could be and what he is.)

The event coincided with the finissage of the solo exhibition The Lustful Turk, by Patrizio Di Massimo at Gasworks, London (2014). 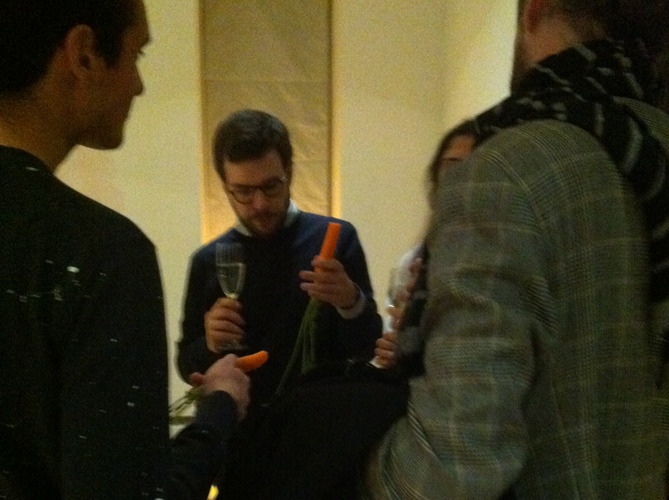 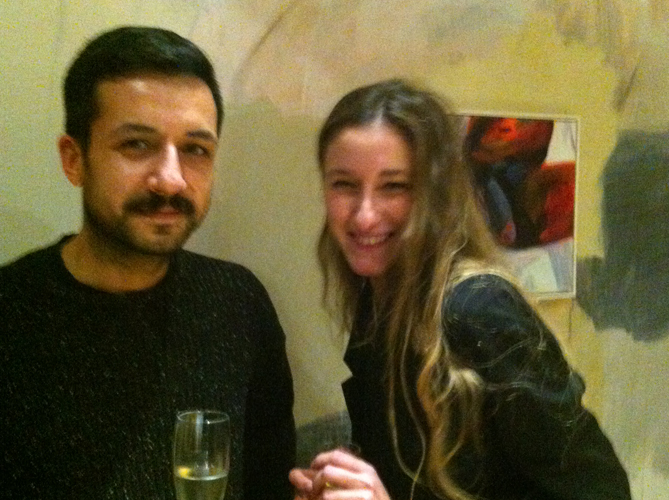 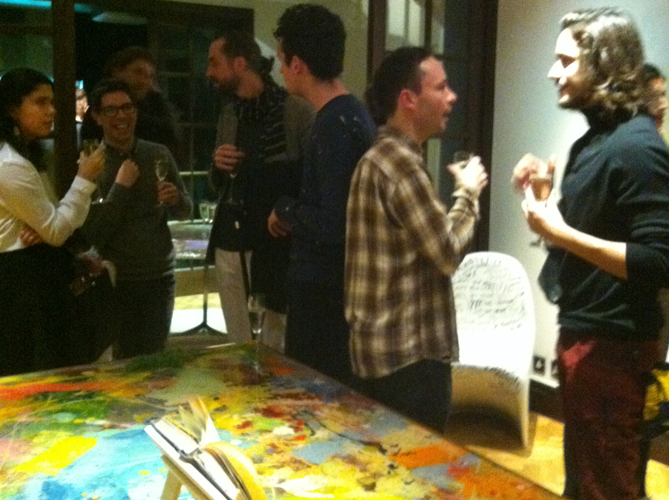 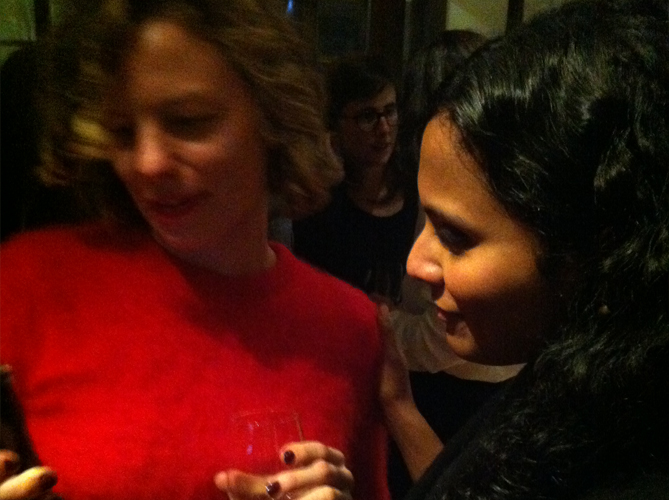 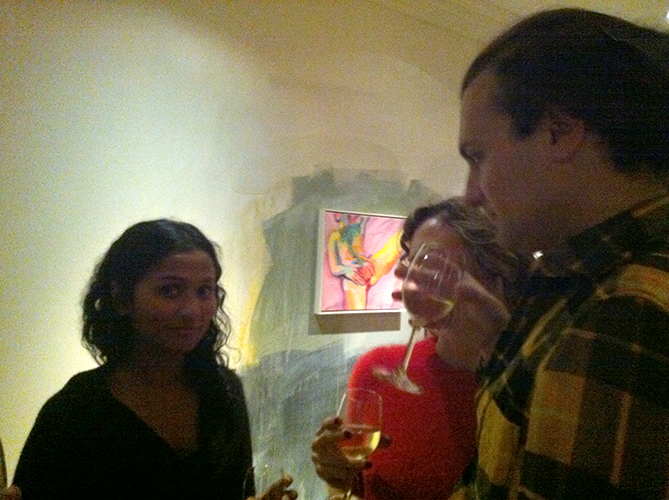 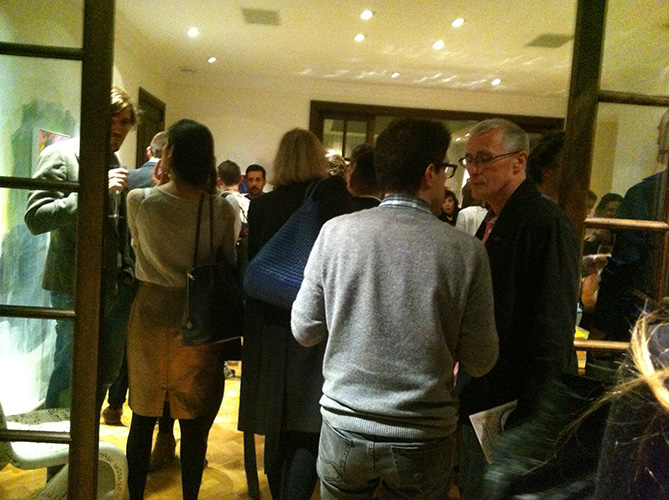 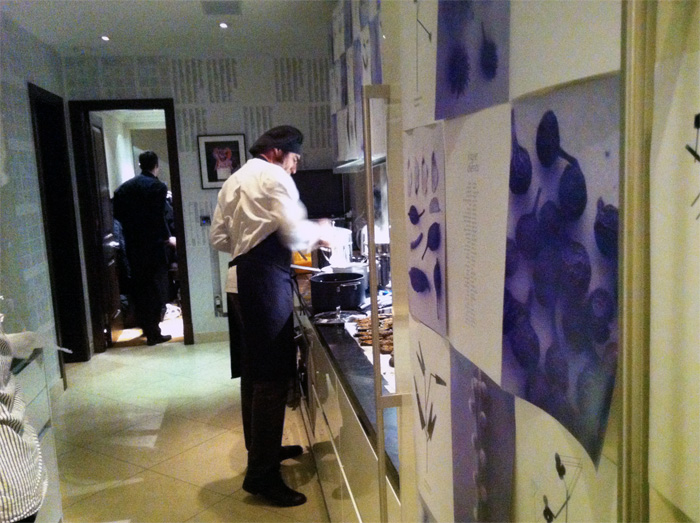