With thanks to Art at Work and Alison Jacques Gallery, London

Stella Bottai: For your Lezione d’Italiano, you have chosen to present a conversation between yourself and art historian Roger Cook alongside works from your project Il Baciamano. This was originally presented at Fondazione Querini Stampalia for the 54 Venice Biennale (2011) and curated by Art At Work. Il Baciamano was inspired by historical and contemporary elements with specific reference to a homonym painting by Pietro Longhi at London’s National Gallery, as well as the museum-design projects by architect Carlo Scarpa. Could you talk a little bit about how this constellation of artworks and dialogues comes together here at Fiorucci Art Trust?

Ian Kiaer: Firstly, I was so happy to be in conversation with Roger who has been a colleague and friend for the last ten years. His experience as someone who began as a painter in the 60s and then moved into writing and criticism, while also working as a model for designers such as Yohji Yamamoto and appearing in Derek Jarman’s films, meant it felt that there was something appropriate when touching on the possible concerns that might occur when bringing Scarpa and Longhi together. I hope that as a starting point we might find a way of talking about some of the ideas that were generated from bringing these two figures into relation for my show at the Querini. 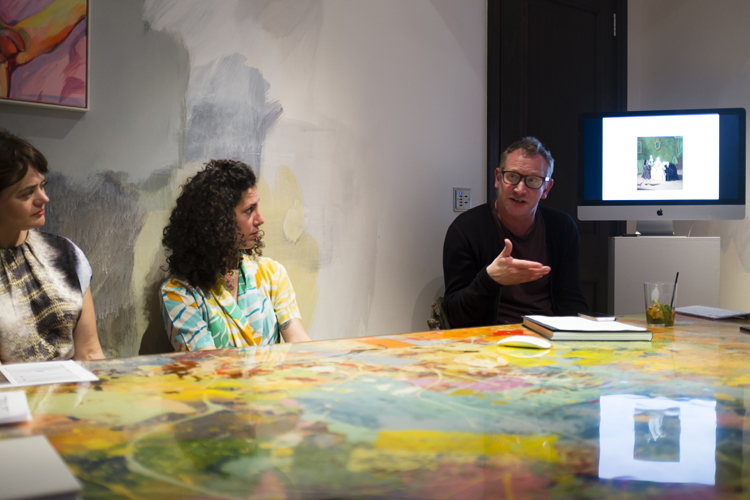 SB: I am very fascinated by the relationship between your work and architecture as well as exhibition design. For Il Baciamano, you have been looking at the work of Scarpa in Venice, while your latest solo show at the Henry Moore Institute made explicit reference to Frederick Kiesler’s mid-century exhibition designs. How did you become interested in these ‘attitudes’ towards the display of objects?

IK: Display is an interesting notion when thinking about exhibitions, as it suggests objects being placed for the benefit of closer attention – as it might also happen, say, in shop windows or in other forms of presentation. A display means an arrangement, one of several possible solutions with distinctive qualities that come to the fore; to arrive therefore at a display involves a certain play. But display for whom? In a shop there is this idea of enticement where it is perhaps clear who the object is for and why, while I have a hope that an artwork might keep its own counsel and is not so quick to reveal itself.

It is true that display was a particular concern for Kiesler, however, my interest in him first began with his models for the project Endless House and the way that he was not so much interested in realising buildings as developing notional spaces of thought. The model became a means by which I could rethink a relationship I had to making work and develop an approach less concerned with a particular object than with a set of attitudes, gestures or even material tones. 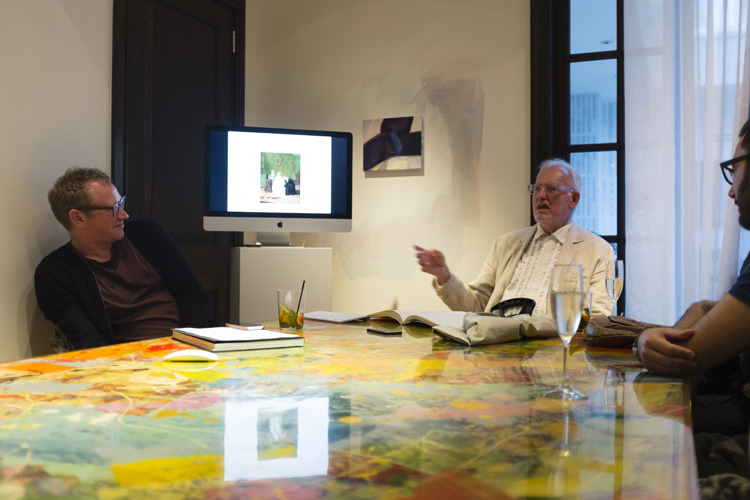 SB: The notion of ‘fragment’ is interesting to consider in relation to your work: how a part exists and makes sense in relation to the whole, but also the moment of fracture which is implicit in the idea of fragment itself; lastly the sense of incompleteness which comes with the display and inclusion of fragments. How do these different conditions affect knowledge – both of concepts and physical materials – in your works?

IK: I find the idea of the fragment most interesting in relation to writing. The Jena Romantics chose the fragment as their philosophical form, to convey a series of thoughts that could be autonomous in themselves but also exist in relation to each other. It allowed the writer to move from philosophy to poetry, to quite sober propositions within the same text, keeping the work open yet precise.

I like the idea that artworks, objects, things might work similarly, that there might be somehow an equivalence. I think the idea of the model is important here, as materially it has the possibility of conveying thought – either quite technically, in a matter of fact way, or in a less obvious, more aphoristic form. Models can be playful, experimental, contingent. They have obvious relations to scale and material, but are also propositional in character. They tend to always have an interesting relationship to their defined discipline, whether it be architecture, painting, design. Models in this respect work as fragments. 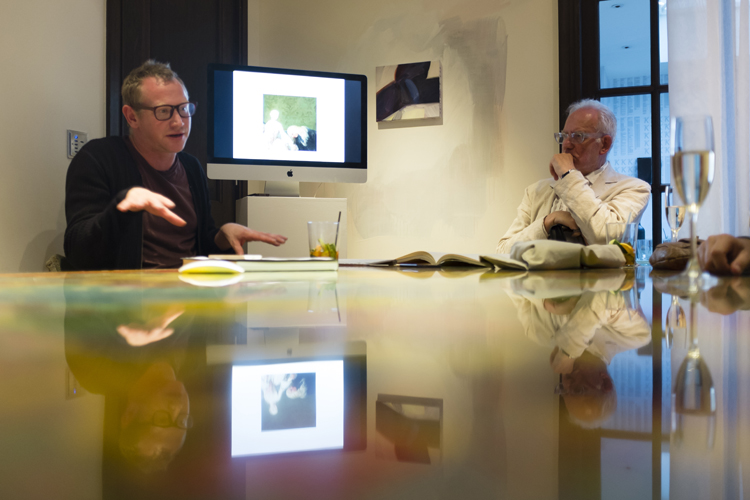 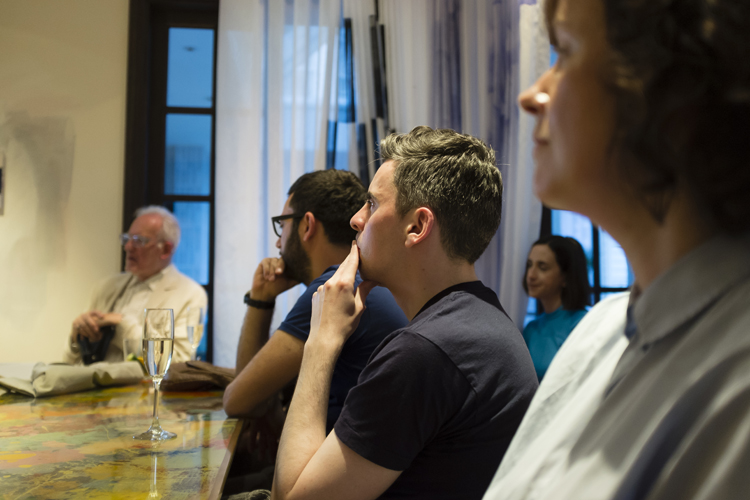 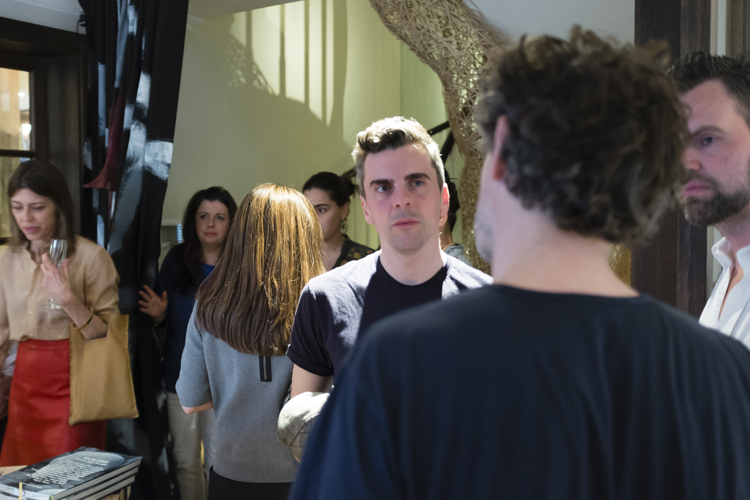 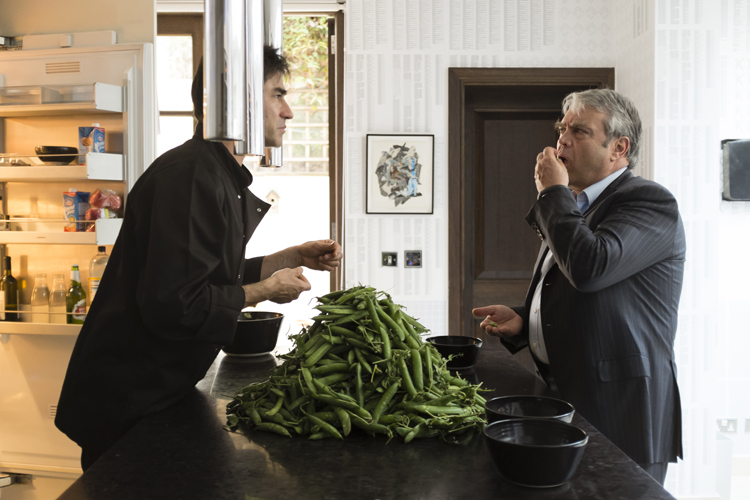 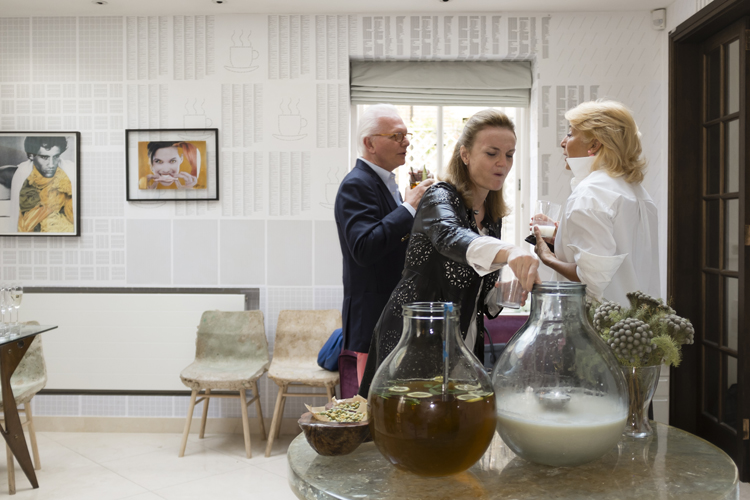 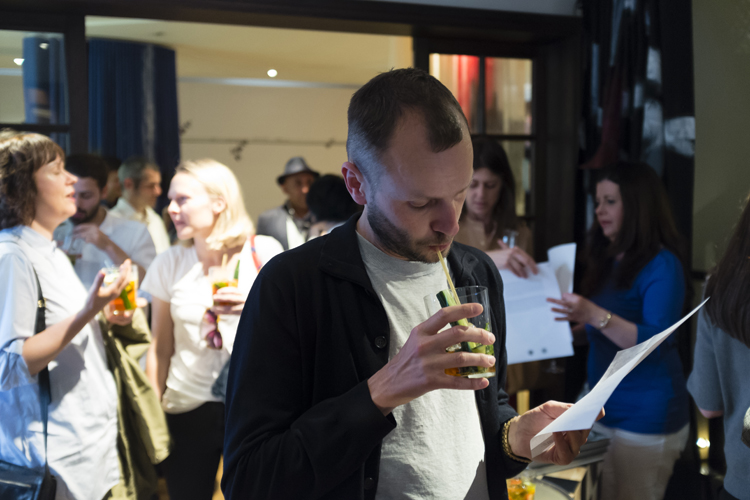 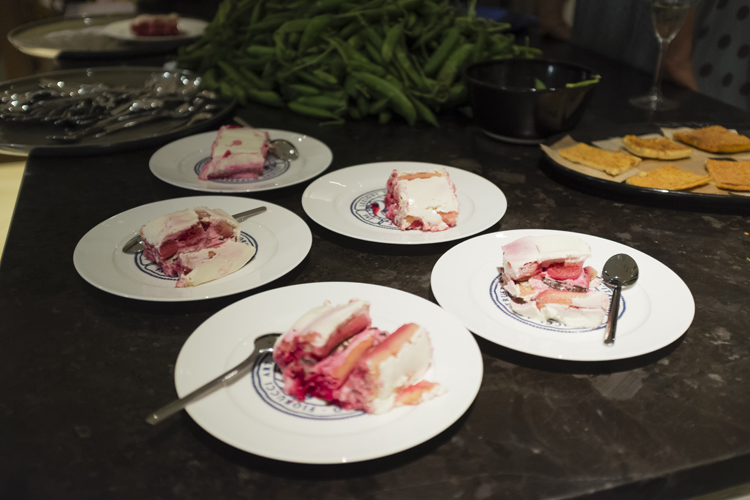