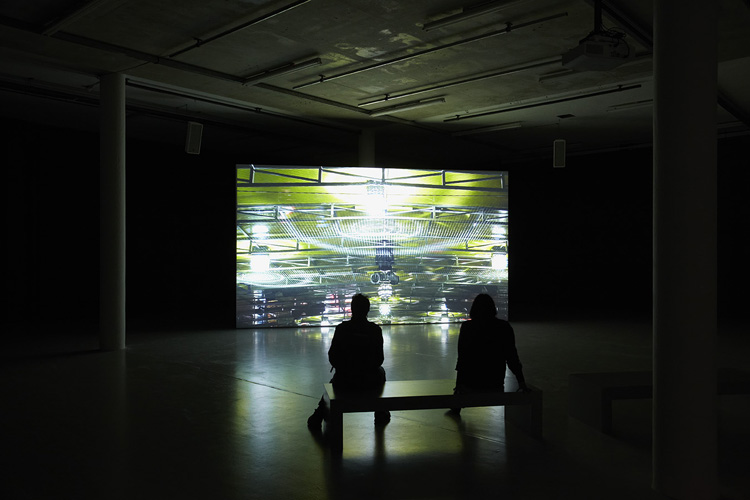 The exhibition Laws of Attraction at Spike Island in Bristol was produced with the support of Fiorucci Art Trust. It was the artist’s first solo exhibition in the UK, that presented work from the past five years including silent 16mm short films as well as single and multi-channel digital projections.

Coincidentally in October 2014, Fiorucci Art Trust invited Franceschini  to take part in Lezioni d’Italiano – Lesson #6 to which she participated with Diego Marcon and Federico Chiari and presented VIDEOGIOCHI (Mediterranea), a performance on Italian clichés and stereotyped images. 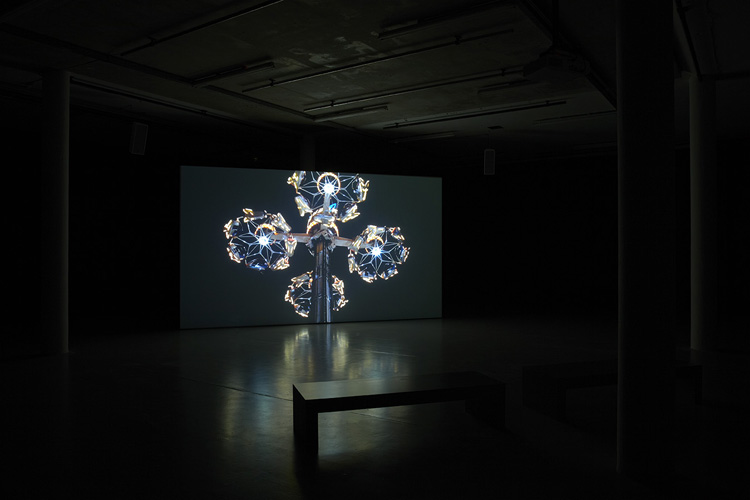 The Italian artist and filmmaker Anna Franceschini harnesses the illusionist potential of ‘motion pictures’ to animate the inanimate. Her favourite shooting grounds are the sites of industrial production in the widest sense of the word, from factories and workshops to funfairs. To work her magic, she typically starts by isolating or framing a single object, device, machine or process, which she then submits to the discerning gaze of her camera until it takes on a life of its own, freed from its functional context to become an object of poetic contemplation. 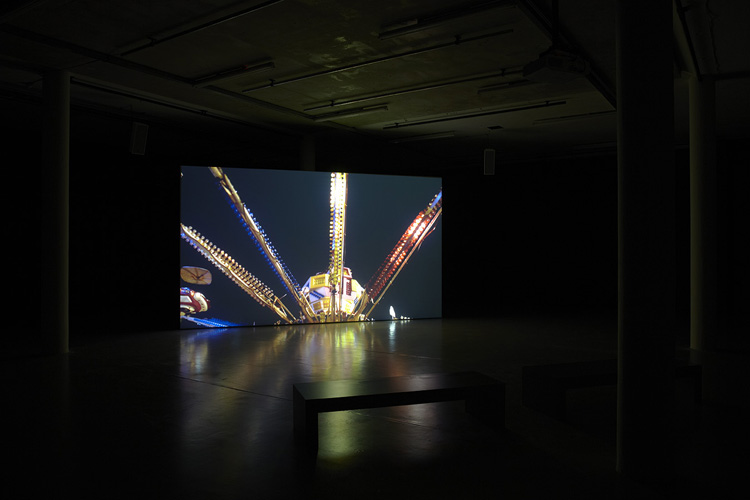 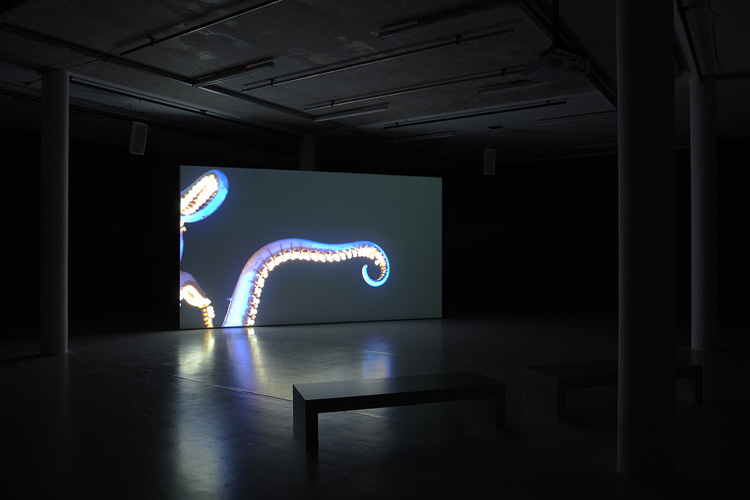 Yet the context never vanishes completely. Glimpses remain to remind us of the parallel development of cinema and industrial manufacturing at large. This correlation is insinuated in one of her rare video works, The Player May Not Change His Position (2009), which assembles long, static shots of rides and carousels running freely in a deserted theme park – a nod to the early days of film, when it was a novelty attraction at funfairs. And it also surfaces when clothes in a dry-cleaning factory are pumped up with air (The Stuffed Shirt, 2012), their life-like gesticulations throwing a bridge between modern-day robots and the ancient figure of the golem (itself the inspiration of countless films including Frankenstein and Ghostbusters). 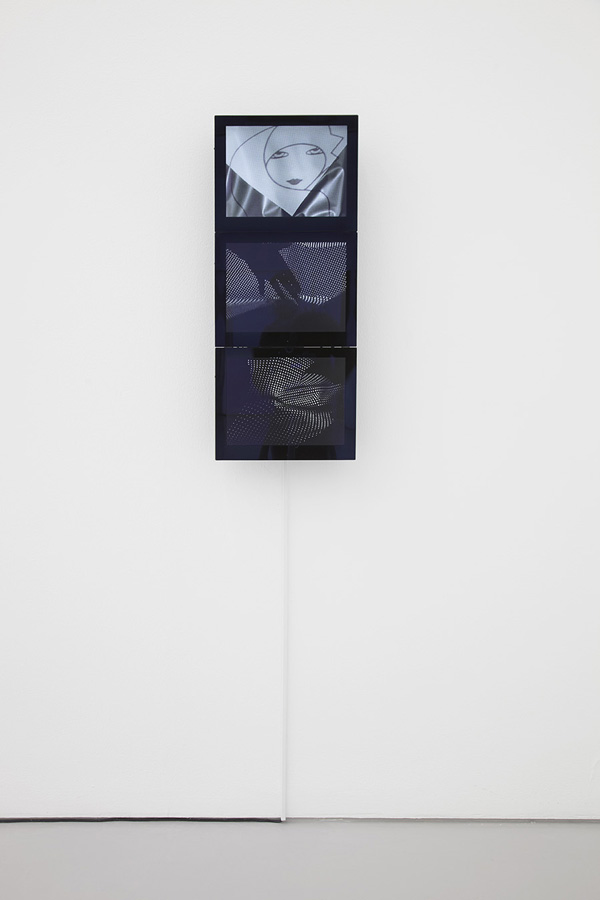 Thanks to her background in film theory, Franceschini effortlessly revisits the history of the medium, from early image-recording devices to avant-garde, experimental or mainstream cinema. A telling example in this respect is It’s About Light and Death (To Joseph Plateau)(2011), in which flashes of light illuminate animals in a taxidermist’s workshop recreating the wonder of pre-cinema animation devices such as the zoetrope or the phenakistoscope, whose mechanisms relied entirely on still (i.e. ‘dead’) images. And when in Before They Break, Before They Die, They Fly! (2014), knick-knacks from a tourist gift shop start to levitate in a set-up worthy of a cheap sci-fi movie, the artist’s contention that hers is essentially a ‘cinema of animation’ has come full circle. 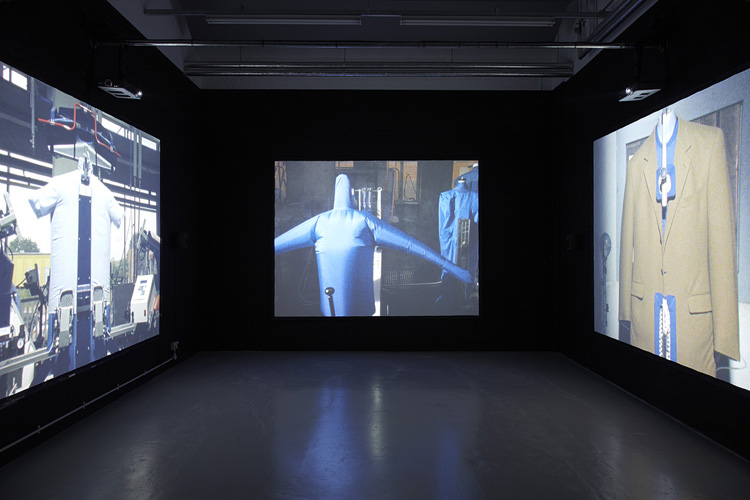 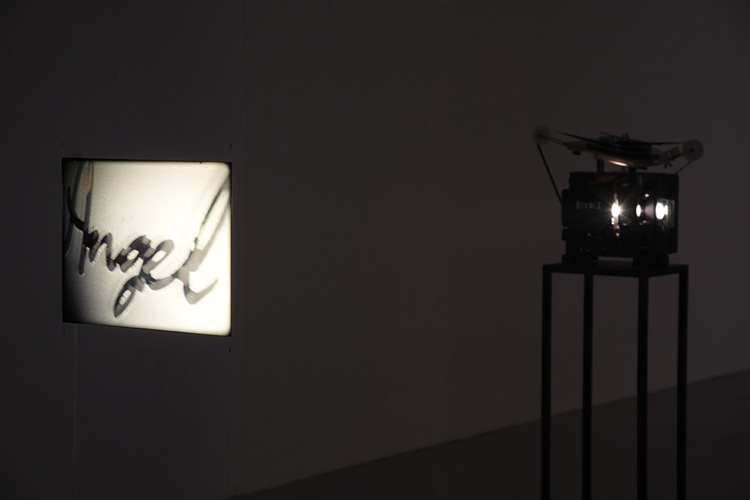 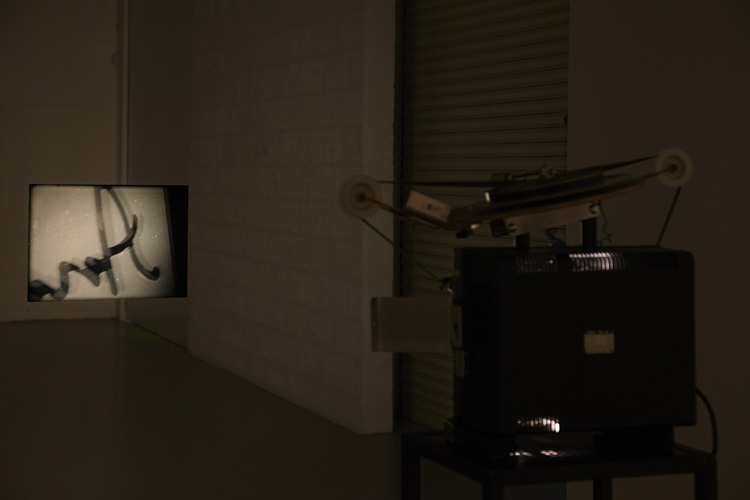 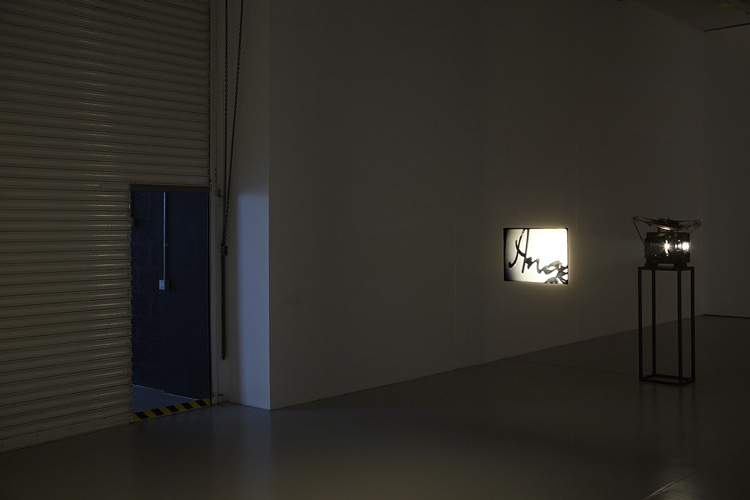 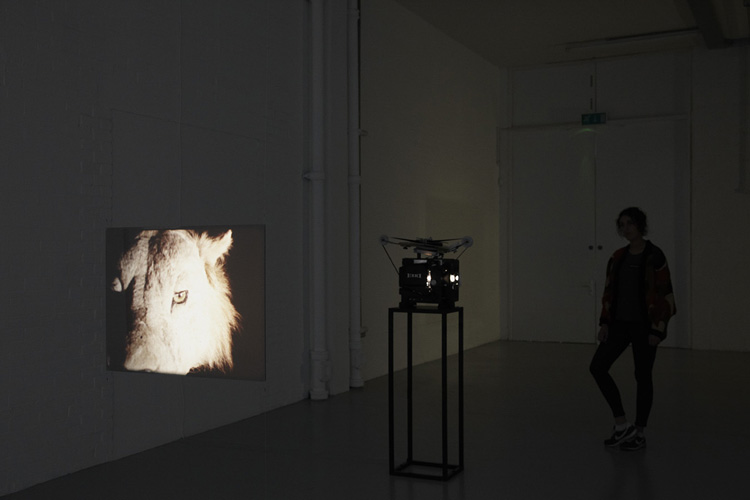 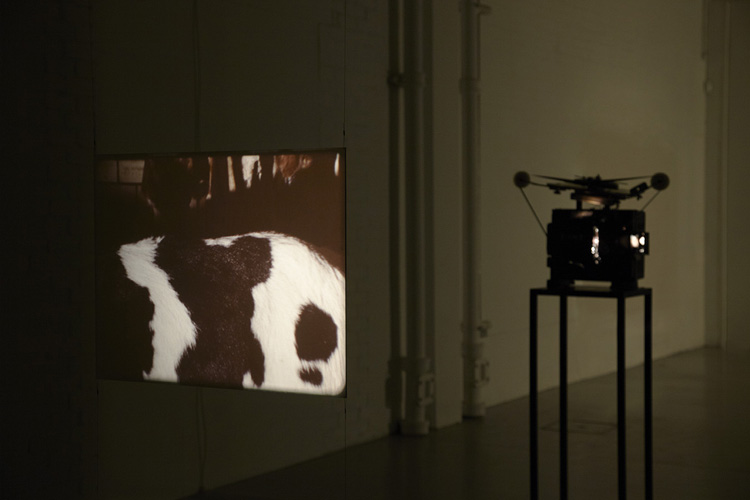 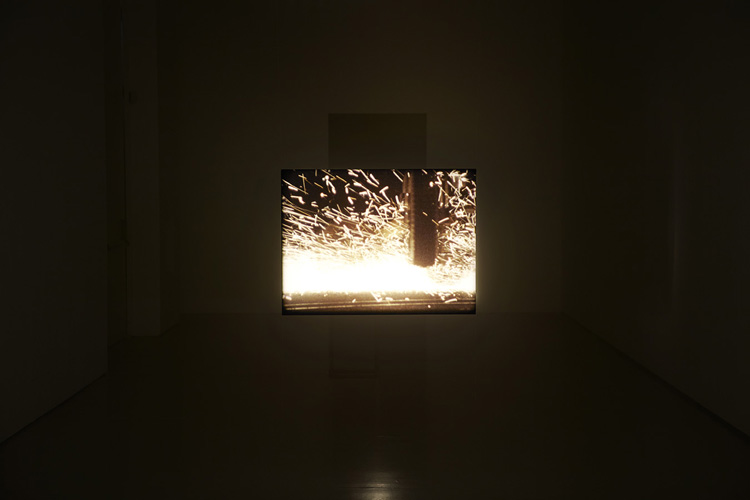 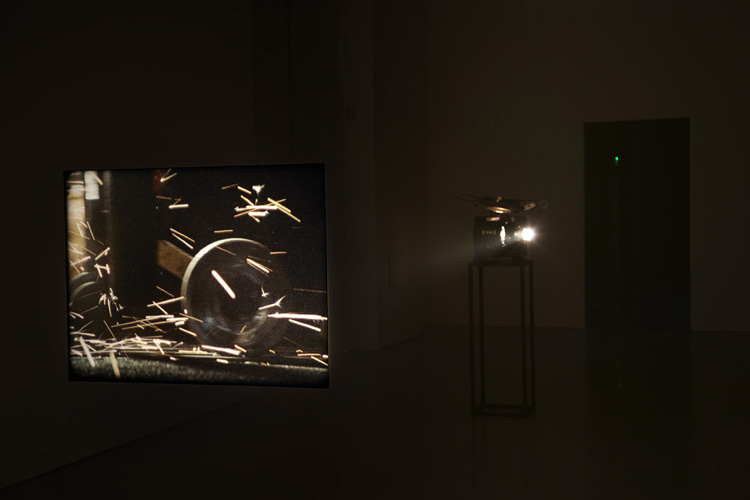 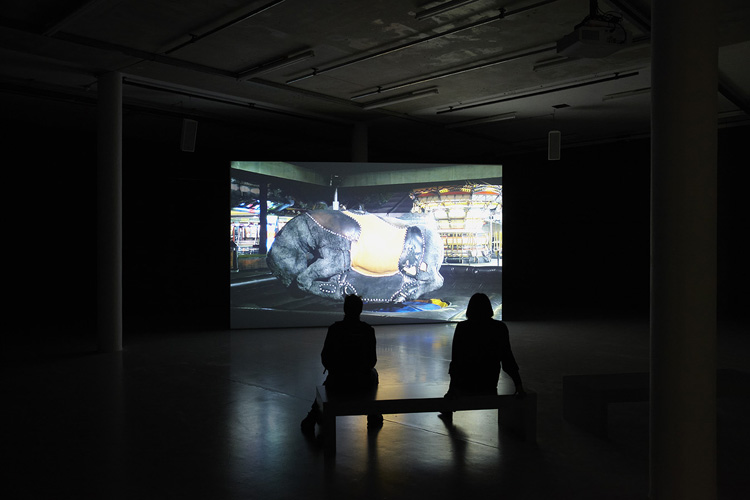 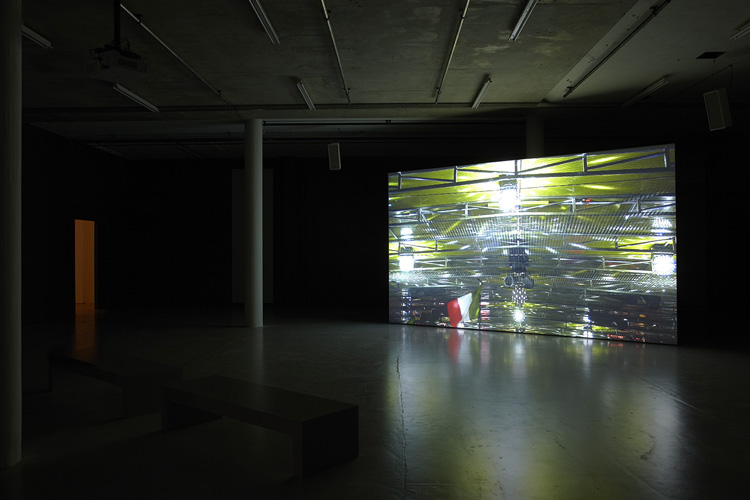 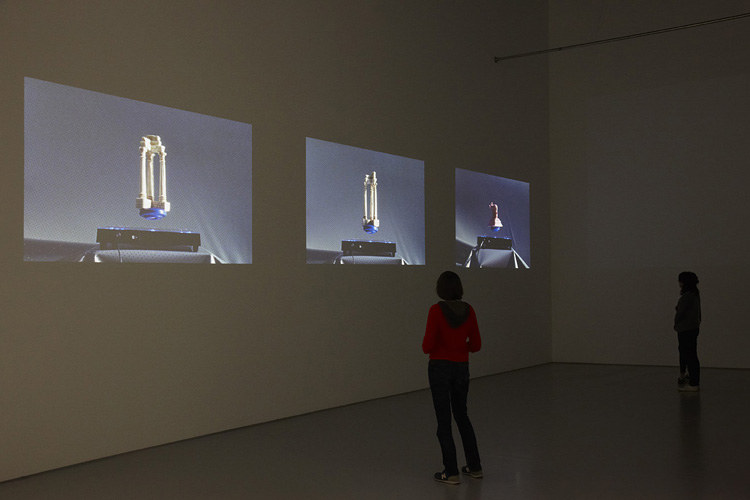 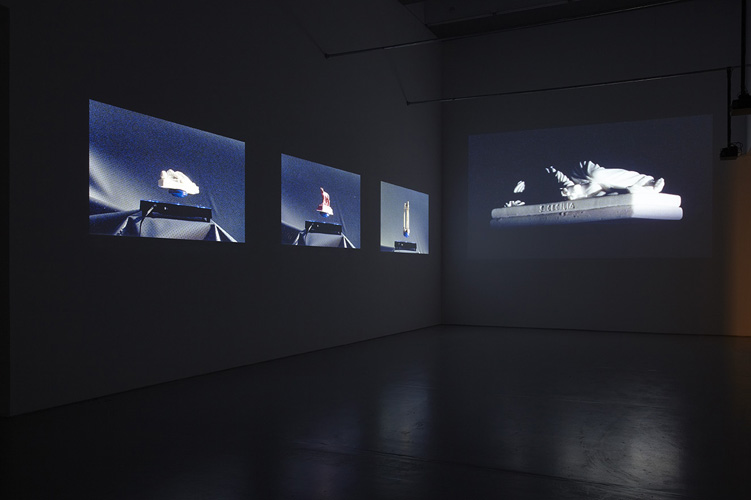 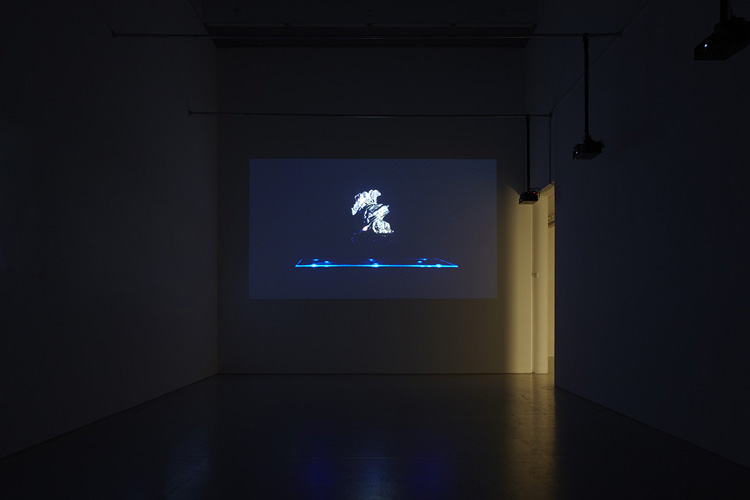 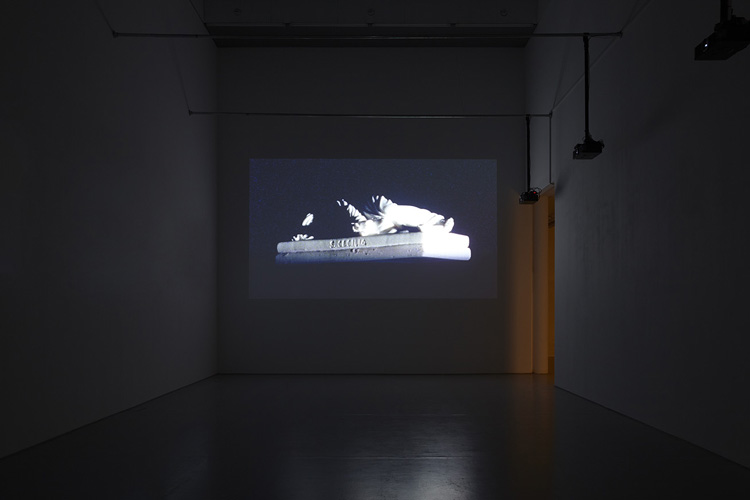