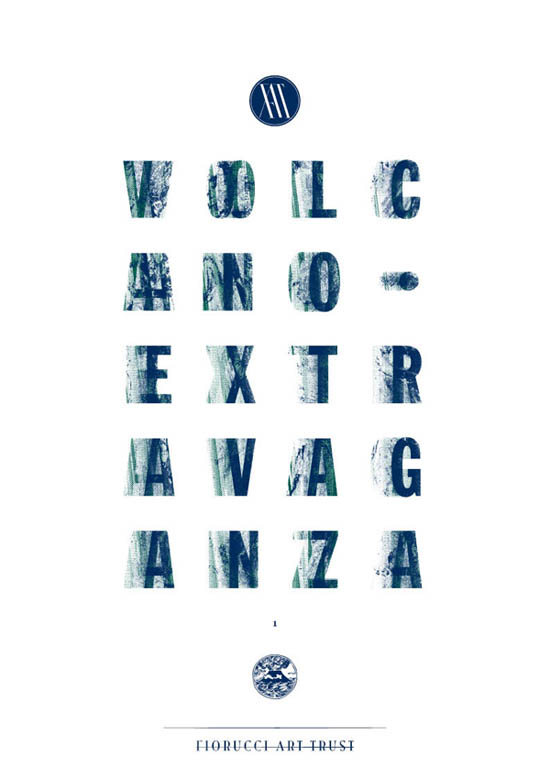 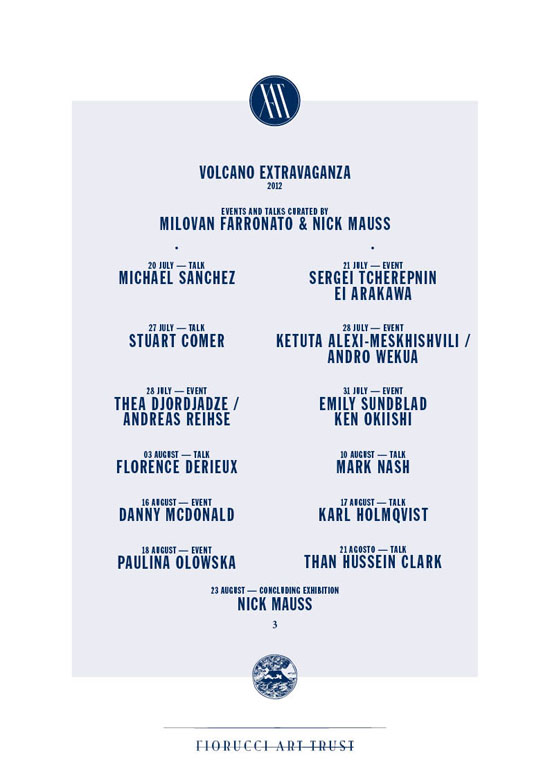 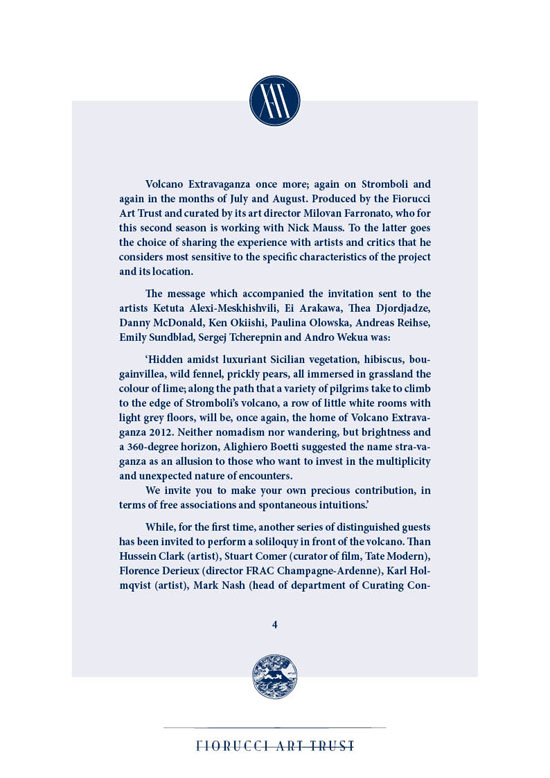 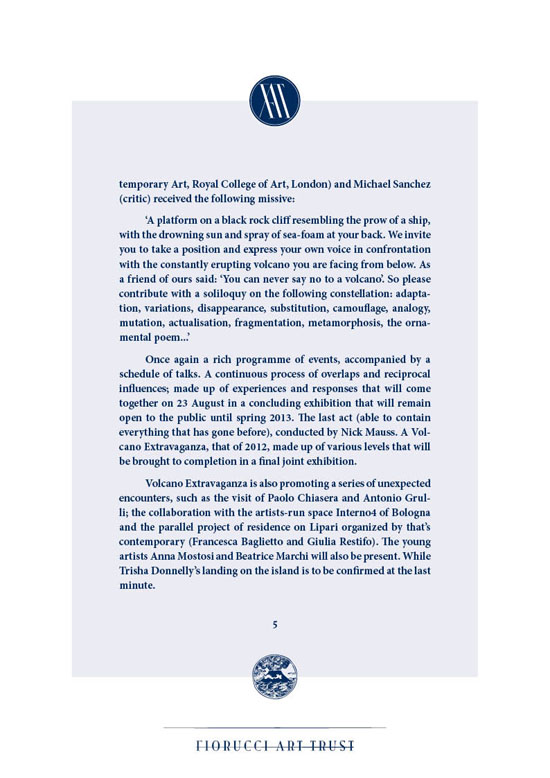 A continuous process of overlaps and reciprocal influences; made up of experiences and responses that will come together on 23 August in a concluding exhibition that will remain open to the public until spring 2013.

The last act (able to contain everything that has gone before), conducted by Nick Mauss. A Volcano Extravaganza, that of 2012, made up of various levels that will be brought to completion in a final joint exhibition. 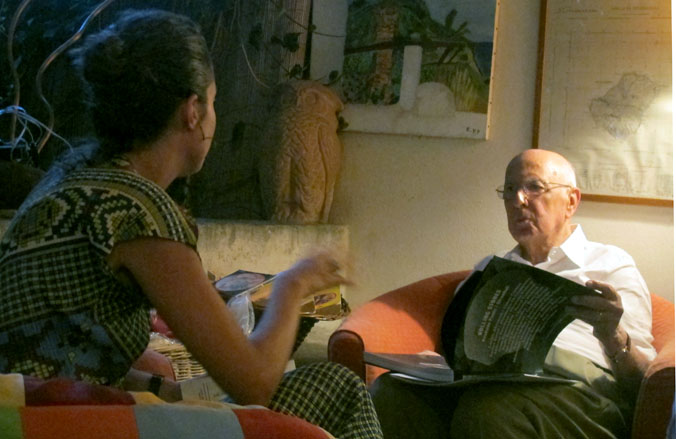