The Speaker Is Death

“There was a merchant in Baghdad who sent his servant to market to buy provisions and in a little while the servant came back, white and trembling, and said, ‘Master, just now when I was in the marketplace I was jostled by a woman in the crowd and when I turned I saw it was Death that jostled me. She looked at me and made a threatening gesture, now, lend me your horse, and I will ride away from this city and avoid my fate. I will go to Samarra and there, Death will not find me’. The merchant lent him his horse, and the servant mounted it, and he dug his spurs in its flanks and as fast as the horse could gallop he went. Then the merchant went down to the marketplace and he saw me standing in the crowd and he came to me and said, ‘Why did you make a treating gesture to my servant when you saw him this morning?’, ‘That was not a threatening gesture’, she said, ‘it was only a start of surprise. I was astonished to see him in Baghdad, for I had an appointment with him tonight in Samarra’.”
The Appointment in Samarra, as retold by W. Somerset Maugham [1933], which first appeared as a Mesopotamian tale in the Babylonian Talmud, Sukkah 53a. 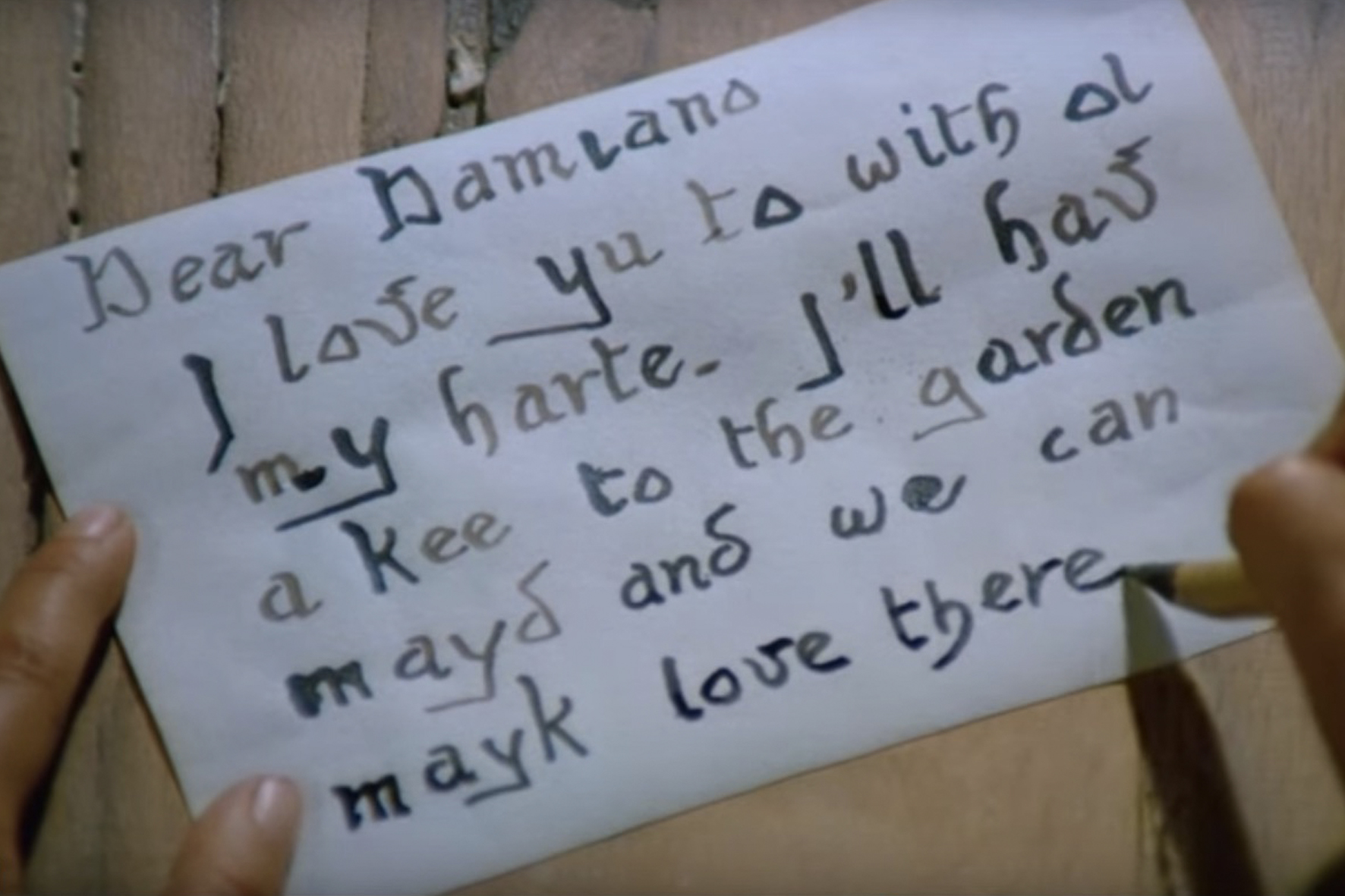 We have an appointment with you. Four days – four banquets. Repetition will be a constant, flashbacks will come and go. When you think it is over, stay longer, more can happen. You might enter a vicious cycle of never-ending shadow games. You might feel trapped in a broken record that repeats a constant note, but through repetition comes enlightenment. And even if you think something random happens maybe it belongs to your experience. Open your eyes, be alert. The more passionate, the more trained you are to see through the fog, the more evidence you will discover about our plot. Some of you – at random – will find in your private rooms a little set of gifted objects which you have to decode through your survival skills and that might or might not be useful to overcome what is about to happen. Open your eyes, be alert, what seems passing by might be a silent omen. We will travel together from Baghdad to Samarra, from Stromboli to the dead city of Pompeii, find your travel companion and unveil the enemies. Resign soon, there is no escape from this journey. Ascending could mean descending; you can end up much faster underground than you think. The domestic turns archaeological, the sculpture turns back into stone and vice versa. Hurry up, it’s time. This appointment is inescapable.

And now please take your agenda and write along these few lines of information we are allowed to give you. Be our guest on the first night at 8.30pm with a descending full moon at La Lunatica, the house on the cliff Punta Restuccia, Via Domenico Cincotta 14, where Nicoletta Fiorucci has for decades hosted our games. A Fete Worse Than Death (after the 1661 lavish party that costed Louis XIV’s finance minister, Nicolas Fouquet, his head) will be waiting for you. We just ask to dress accordingly to the Gospel of Live and Let Die. Don’t be afraid, we have been waiting for you for so long. You will be welcomed by the creatures of the underground and you might be as above so below. A feast will be served in the cherished company of the riders of the Apocalypse. Amuse yourself. By 10.00pm all has to vanish alas to resurrect the next day at 3pm at Casa Monte, the venue in which most of events happened during the last editions of Volcano Extravaganza, in Via Soldato Francesco Natoli 41, Timpone. In full light we will meet to frolic together in the wild garden. We will picnic to The Ultimate Orgy (after Nero’s imperial and legendary party, happened in Rome in AD64), again a dress code is suggested: come as Divorce Me, Darling! Like in every good garden there will be whispers, there will be promises, there will be laughter and there will be seduction to follow to darker paths. There is leisure but there is also labour, indulge in the food, time will move slowly. You can leave for a while if you wish, but please come back, we will be there welcoming you eternally, over and over again till the sun sets. Backstage and stage will collide, as above so below today again. Your body is your instrument. Tune it well. Feast of the Beast (named after the ultimate carnivore party organised on New Year’s Eve 1870 by Monsieur Bonvalet, who fed his guest with animals from the zoo as the capital had been under siege for months and food was scarce) is our last appointment on the island in Casa Carlotta at 9.00pm, as soon as the night allows for a projection. We suggest you go with the flow and follow your intuition. Should you get lost our advice is to go to the main square, Piazza Ingrid, named after the island’s muse. After directing your view to Bar Ingrid, take the stairs on the left hand-side of the entrance and follow the mule track until you know you have arrived. Please dress in the spirit of Sodom and Gomorrah. This night is a mystery which might or might not incorporate a frenetic dance. Be alert. An alarm will sound to request your presence again. Or maybe your final meeting is in fact somewhere else because the day after we have to move back to the mainland (don’t miss the Snav hydrofoil at 9.00am), to the ultimate rendez-vous at the Archaeological Park of Pompeii. The Dissolute Household (named after the chaotic and cursed family described by Jan Steen in his 1663-64 painting) will welcome you at Villa dei Misteri at 7:30pm sharp, don’t be late. Places are limited so please confirm your attendance. The last dress code is A Satyr’s Choice and the plot will have three acts. Revelation, Oracle and Awakening. Something has changed – we are all guests in an ancient city – was our appointment always here? Come with us to find out. The last supper on these sacred grounds will be offered by Nicoletta Fiorucci, the founder of Fiorucci Art Trust. Dinner will be prepared by chef Emmanuel Di Liddo from Al FuGà, Parco Negombo. The night will be possible thanks to the collaboration with the Archaeological Park of Pompeii.

The last clue we want to give is that the narrator of the 9th edition of Volcano Extravaganza is DEATH and speaks through the voices of the omnipresent and omniabsent Maria Loboda, the medium Milovan Farronato and the unexampled contributions of our participant artists: Agnieszka Brzeżańska’s spell binding skills; Anthea Hamilton’s appointments with the wind; Julie Béna’s dangerous liaisons; Nick Byrne’s camouflage of the surface; Albert Serra’s scandalous synergy; Prem Sahib’s horse power in the parallel realm; Lucas Arruda’s landscapes ad perpetuum; Federico Campagna’s apocalyptic reality. In Stromboli you will benefit from the skills of chef Jonas Palekas, co-owner of Delta Mityba, Vilnius.

Special thanks to Eugen Ivan Bergmann, Dario Biancullo, Gabriele Capuano, Giulio Ceruti, Roberta Denti, Vincenzo Falcione, Emanuele Imela, Andrea Loffa, Gabriele Loui, Diego Giordano Palma, Gianluca Panareo, Davide Pelliccia, Giacomo Stucchi-Prinetti, Daniela Tartarone and Lorenzo Xiques for their precious collaboration with Maria Loboda and with Prem Sahib. To Lluis Serrat Masanellas for his role in Albert Serra’s performance. And to Eve Stainton, Alex Padfield, René Scheibenbauer and Marc Eicher for their interpretation and contribution to Anthea Hamilton’s intervention. Many thanks to General Director Massimo Osanna and Dott.ssa Luana Toniolo for the unprecedented access to the Archaeological Park of Pompeii. Thanks to Marios and his team for the creative partnership with Julie Béna and to FAUX/real for graciously lending us costumes. A special mention is due to Claire Hooper, Paul Richards and Hoagy Hickson, along with SSOVAA (Sculpture Students from the Vilnius Academy of Arts) for their contribution to the trailer. Thanks also to Pasquale Sabatino for hosting our third event in Casa Carlotta, to Snav and to Hotel Renaissance Mediterraneo for the technical support. 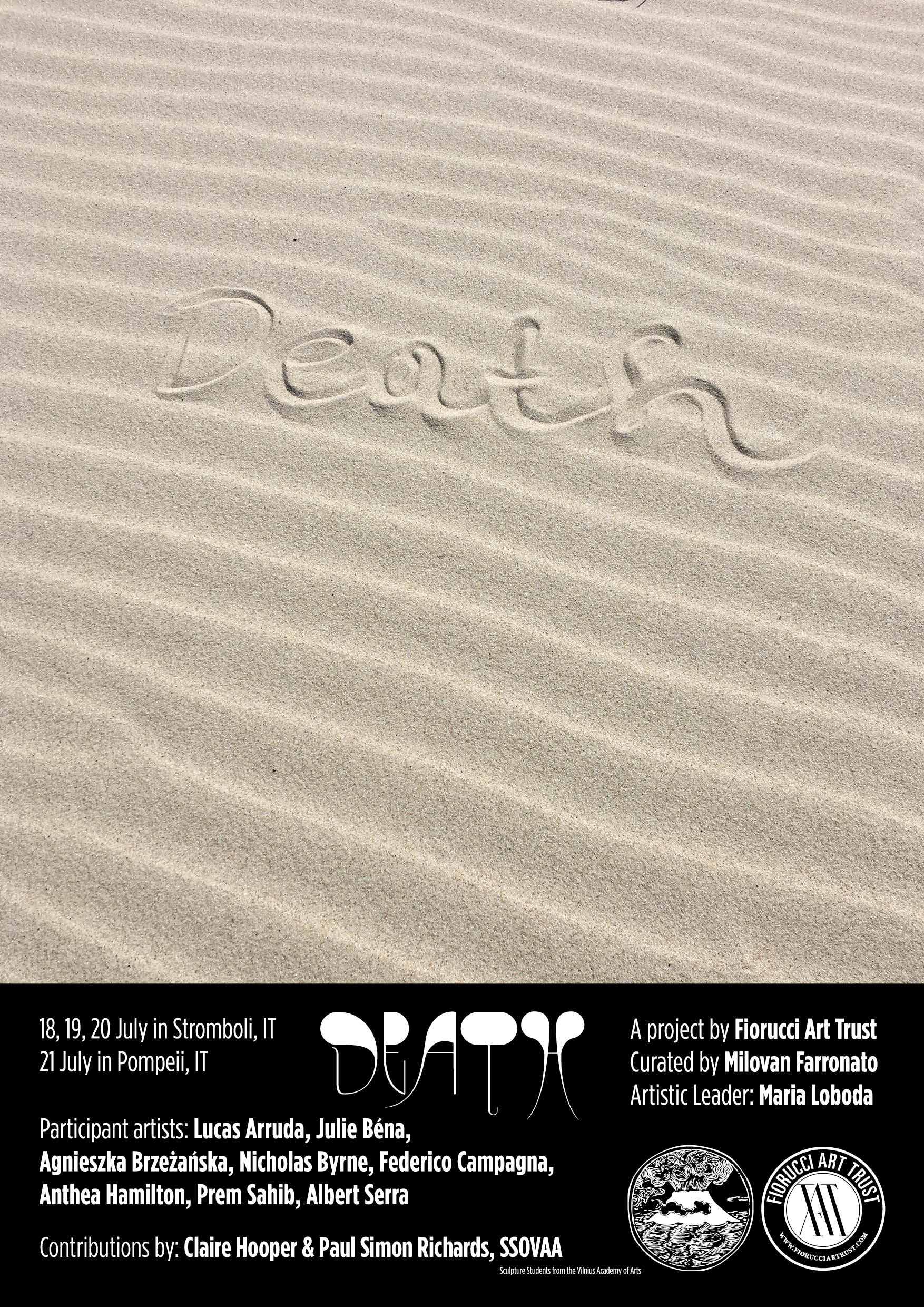 For those of you who haven’t bought your ticket yet, Snav has once again kindly offered us a 20% discount if you use the discount code: snavextra or snvafiorucci.