Another sunset descending on our Total Anastrophes, embracing our echo-chamber of latent memories… the second day of Extravaganza started with an intervention by Osman who, graciously accompanied by a local tailor, performed a series of cut outs from of our grey silk drapes and backdrops, creating a new, inspired collection of garments.

In parallel,  a visual and acoustic choreography of memories and manipulated sounds coming from the remoteness of Forget Amnesia, the fourth edition of Volcano Extravaganza, were introduced by 2014 Artistic Leader Haroon Mirza. 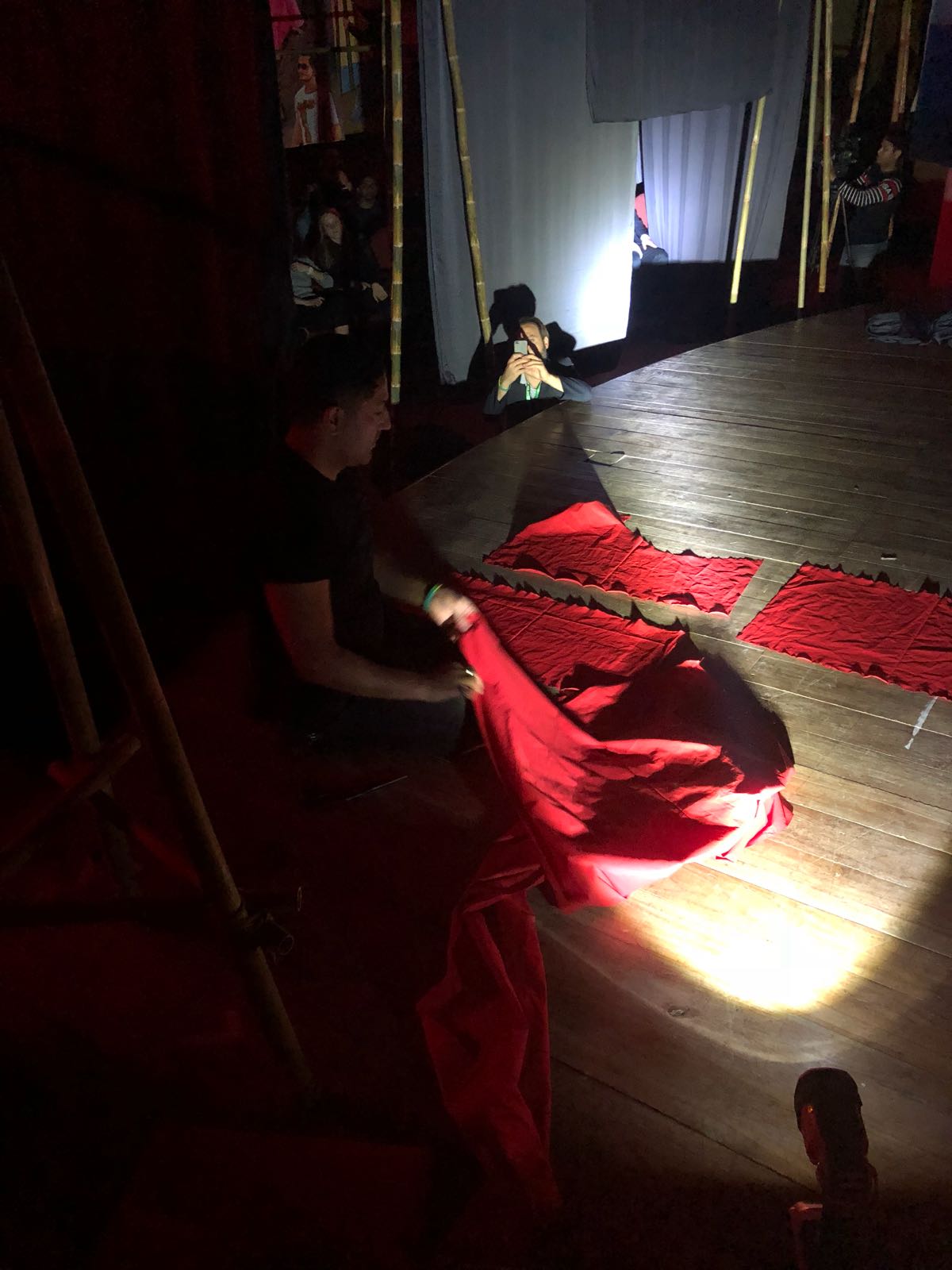 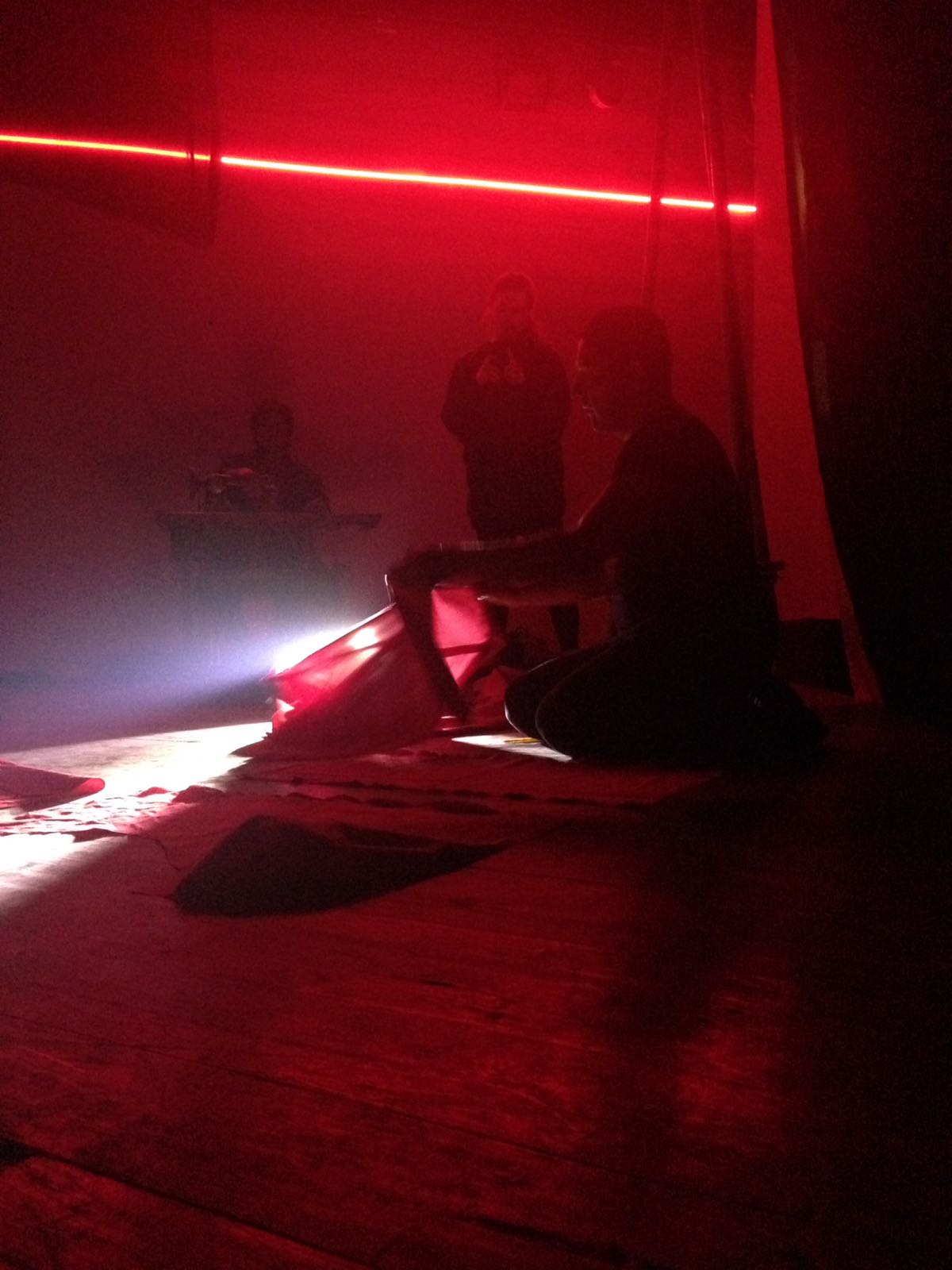 About half an hour into the play, his silhouette defined by the lush projection of his alter egos and occasionally half-veiled under a silky curtain, Patrizio Di Massimo intervened to present a distorted reiteration of his performance Monologue for Two: an early work where he is in conversation with his past and future selves. 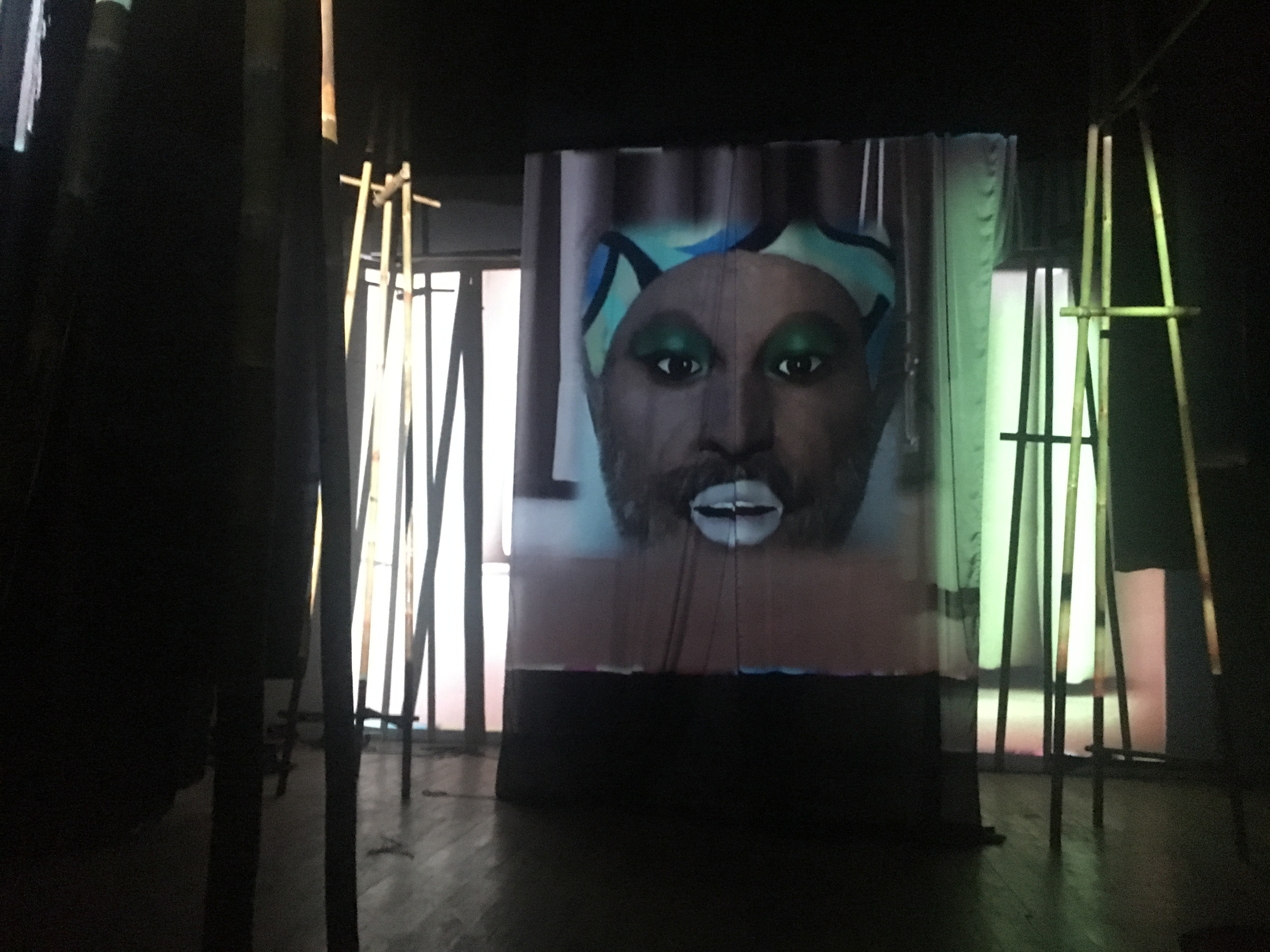 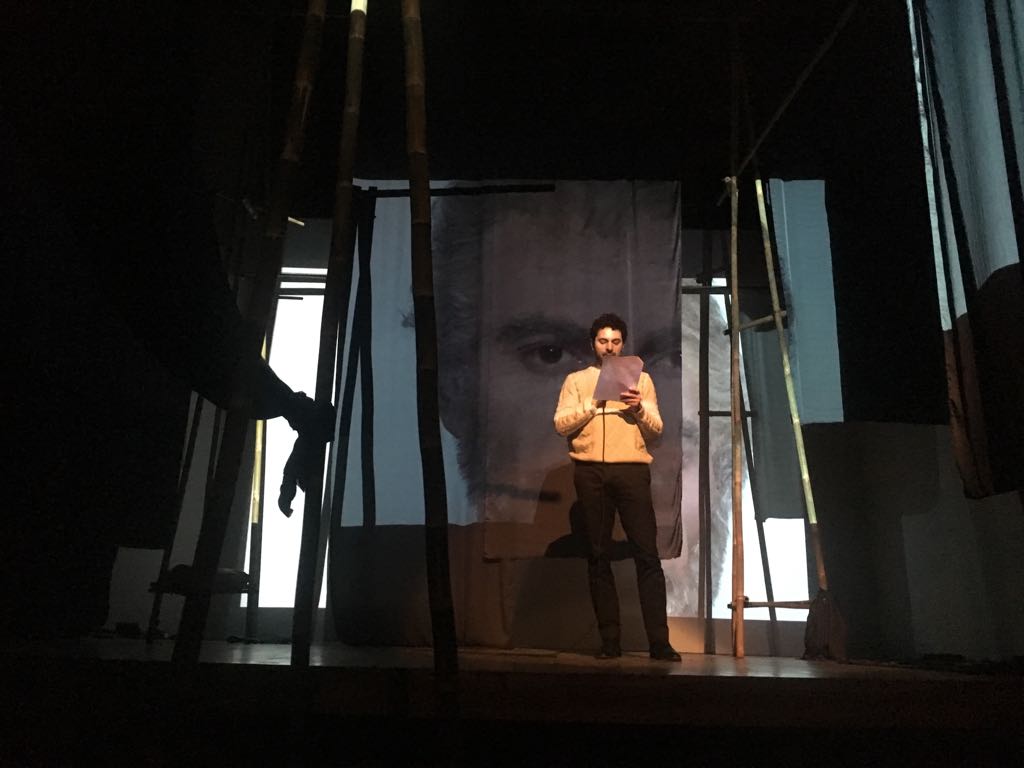 Before the scheduled sixty minutes ran over in our timeless space, we managed to host a biographical, introspective speech by Chus Martínez which reached us from Mexico, like a genie in a bottle. Under the boiling influence of the volcano, and once again before the metamorphic rain of Katharina Fritsch fell on us, becoming clapping and then fire, we listened to an extract from the existentialist speech on exile given by Anna Boghiguian upon leaving Stromboli in summer 2016…

Another day coming to its end… time to relax, change into fresh clothes and enjoy the night! 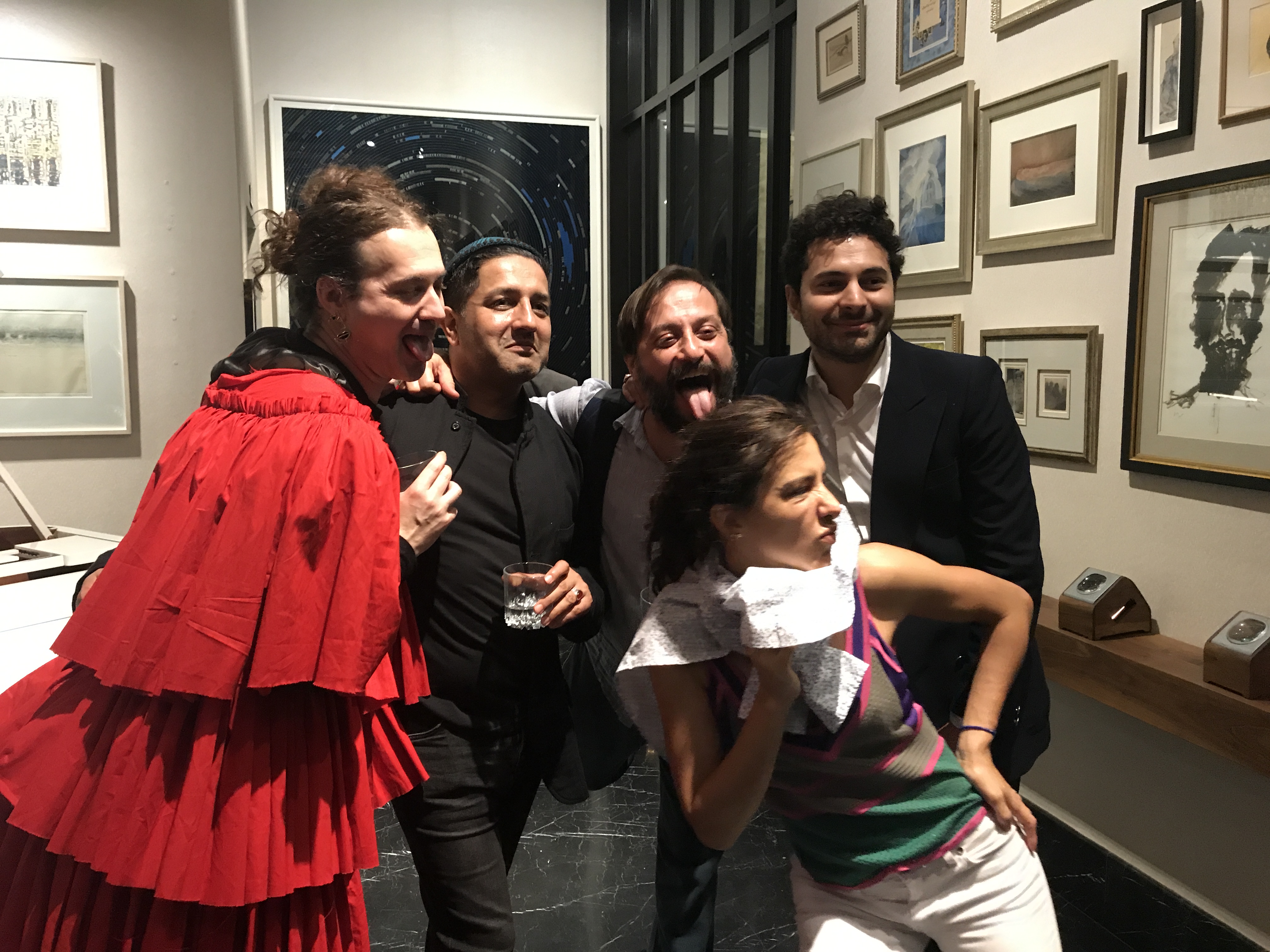