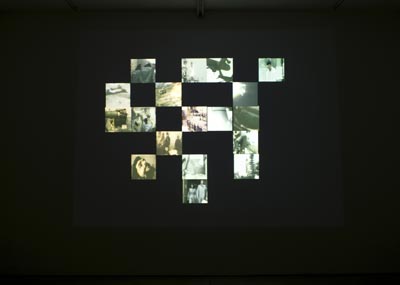 Sefer Memisoglu is interested in inquiring the friction between the granite like classical sculpture heritage and the everchanging, transient nature of flesh.

On a sunset background (shoot in Stromboli volcanic island) he inserted, in post-production step, the image of a young lady whose face is fully covered by a swarm of thumbnails, each representing footage material recovered from milanese public video archives as well as from Internet sources (old and recent tv news materials, cinematographic footage documenting iconic representations of private and public conflicts). 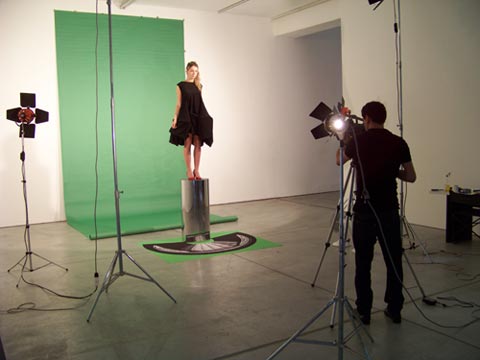 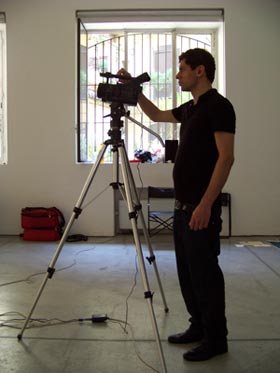 The young lady stands on a capital column, recontructed by the reflecion of a distorted anamophic image; her arms are crossed on her back, suggesting the idea of another possibile corporal mutilation.

The dress (realized by fashion designer Carlo Contrada) fluctuates in the wind like a flag, swelled like an aerostat balloon.
The legs, stiff and iridescent, are sustained by a pair of shoes expressly designed by Max Kibardin, and again contribute to petrify the image on the neverdending sunset backdrop. 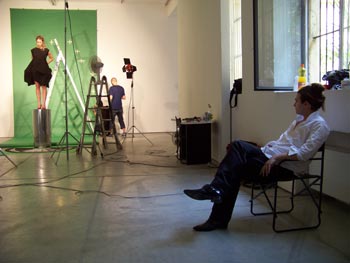 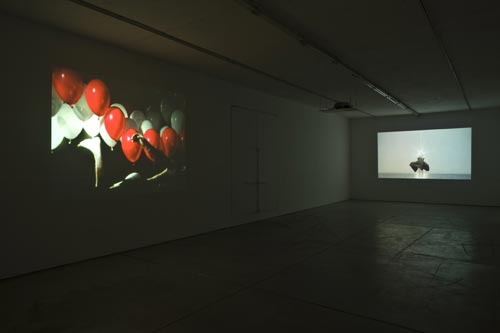