On the 7th September 2016 – Independence Day in Brazil – the third edition of Mycorial Theatre reached its conclusion with an Open House at Pivô. Revealing the crescendo of the project, which was presented publicly for the first time, the evening included an homage to Anna Bella Geiger’s 1982 works Pedra and Burocracia.

The office point was led by a uniformed and galoshes-wearing Augustas Serapinas, Daniele Milvio, Eli Sudbrack and Prem Sahib who told real and fake mycorial-related stories; creating mixed realities and proposing fake trips and forest adventures to Rabka-Zdrój. Shiitake mushroom spores, cultivated throughout the week, were beginning to grow outside on the balcony… 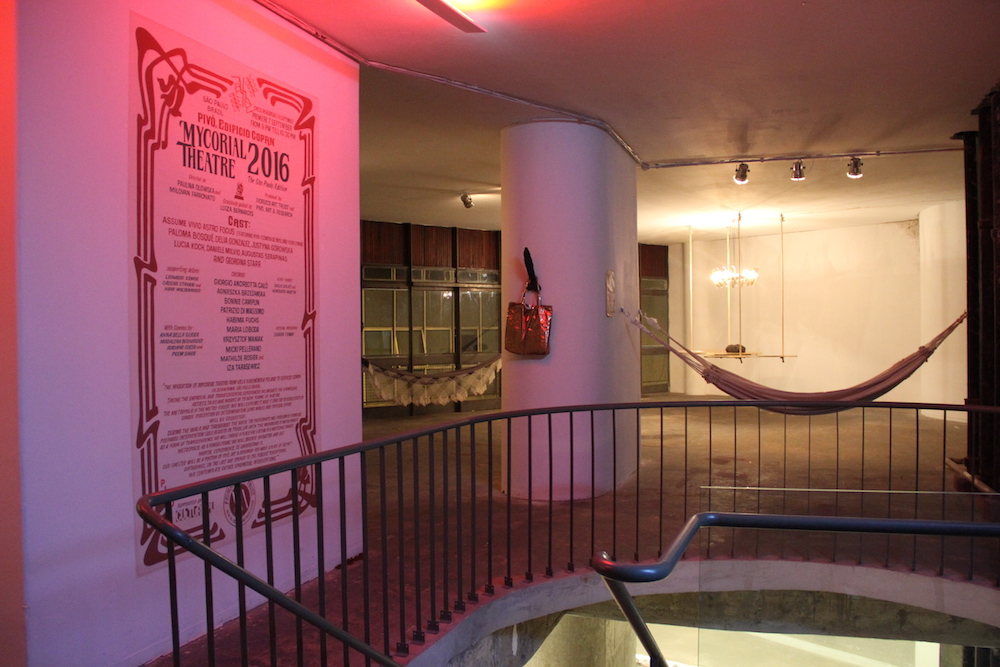 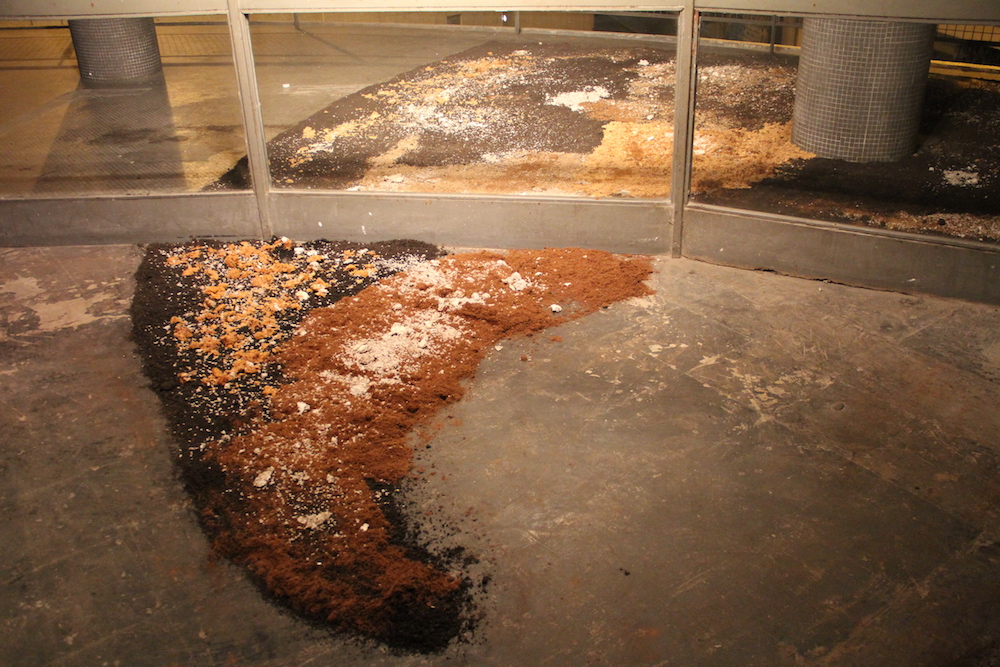 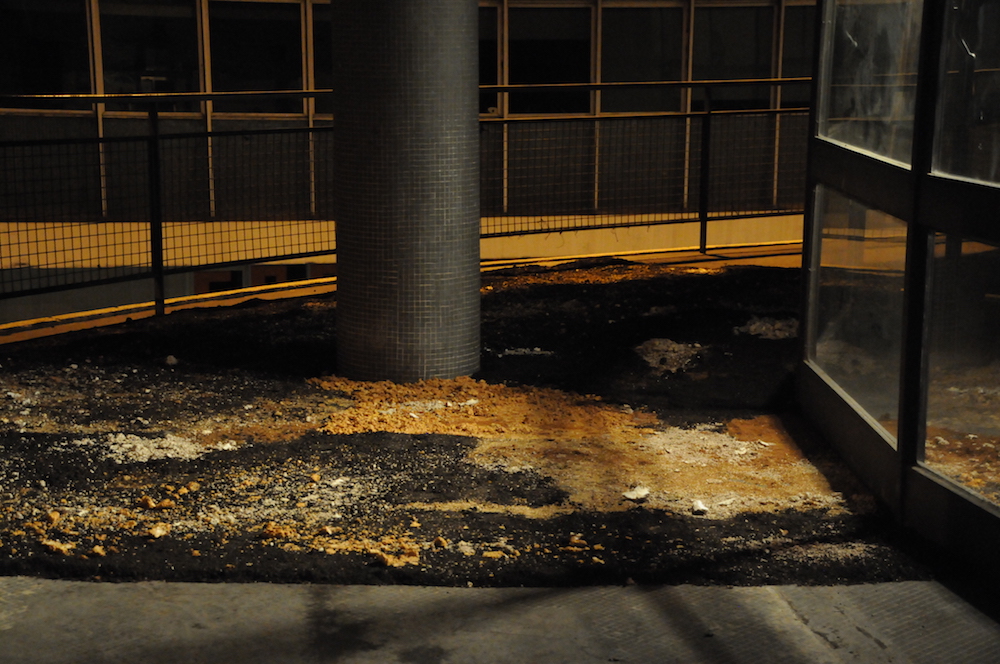 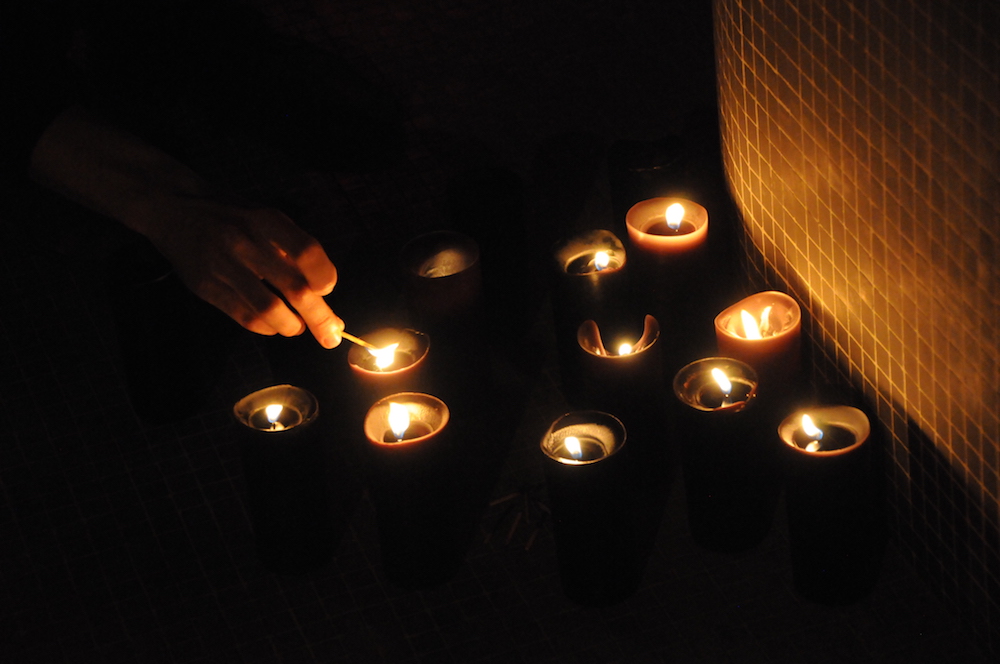 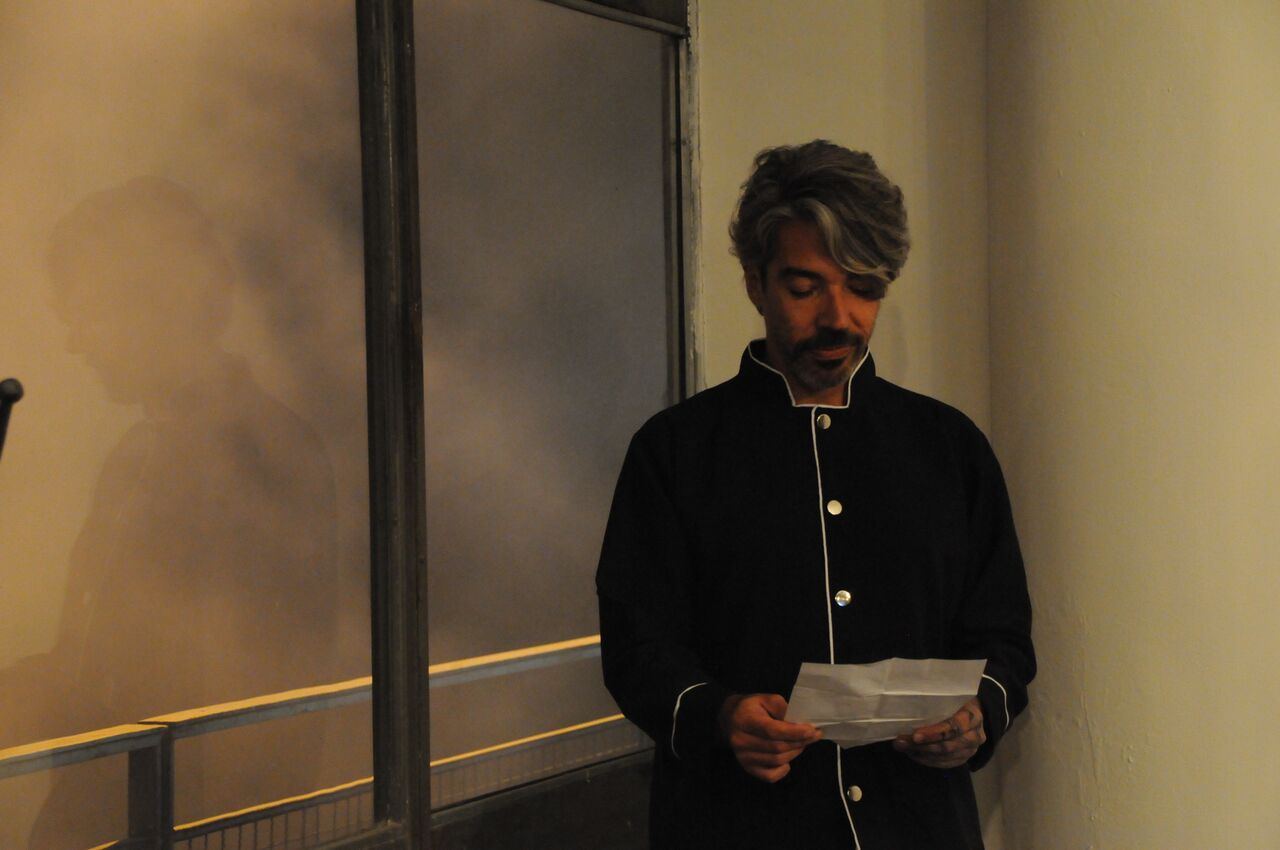 Mycorial Theatre‘s chosen shelter – formed of a section of Pivô – was turned in to domestic, staged, temporary house: a place of secret gatherings and group activities, in preparation for the Open House. As the audience gathered a reenactment of Anna Bella Geiger’s Burocracia (1982-2016) was performed by Lucia Koch, Paloma Bosquê, Madalena Bernardes, Paulina Olowska and Anna Bella Geiger. 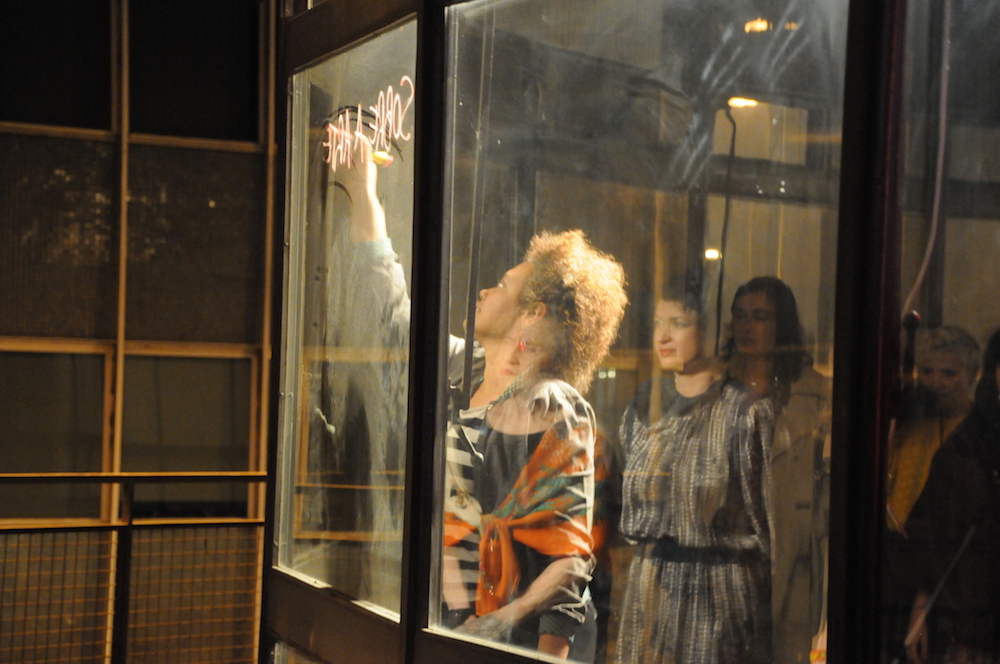 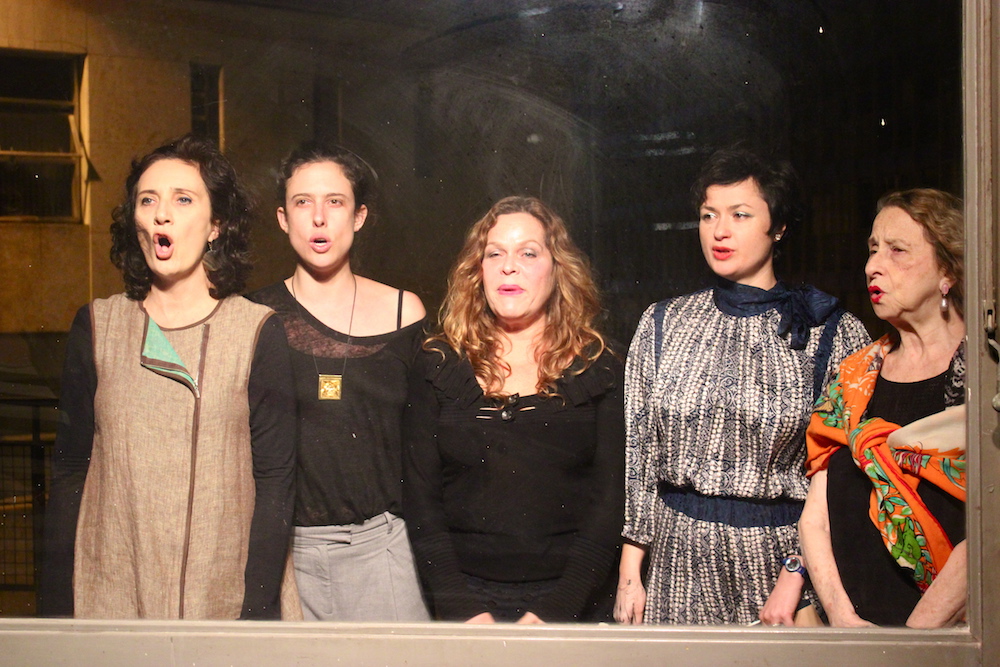 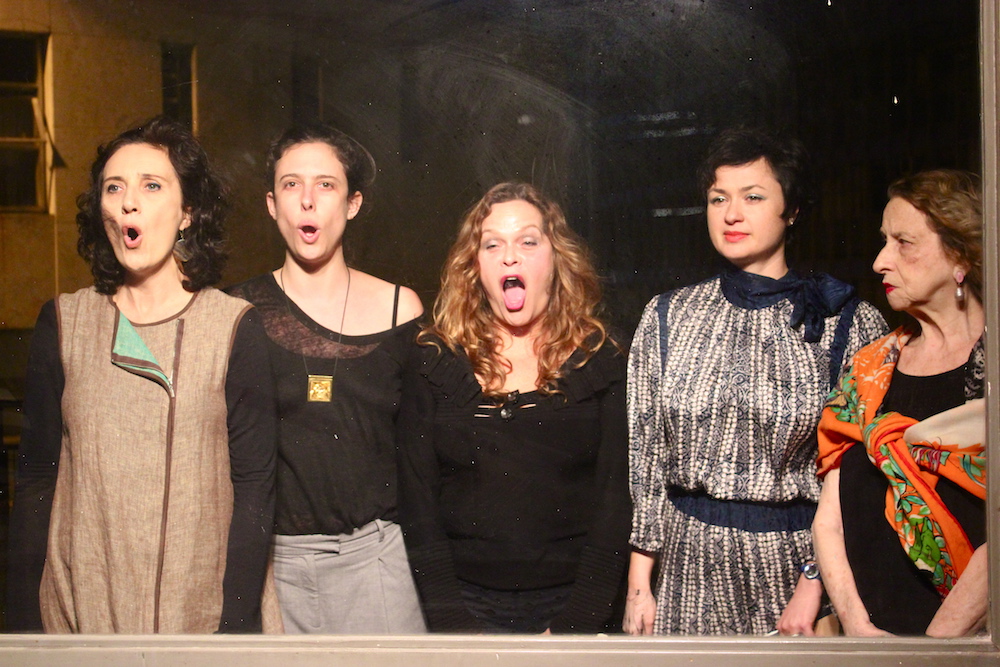 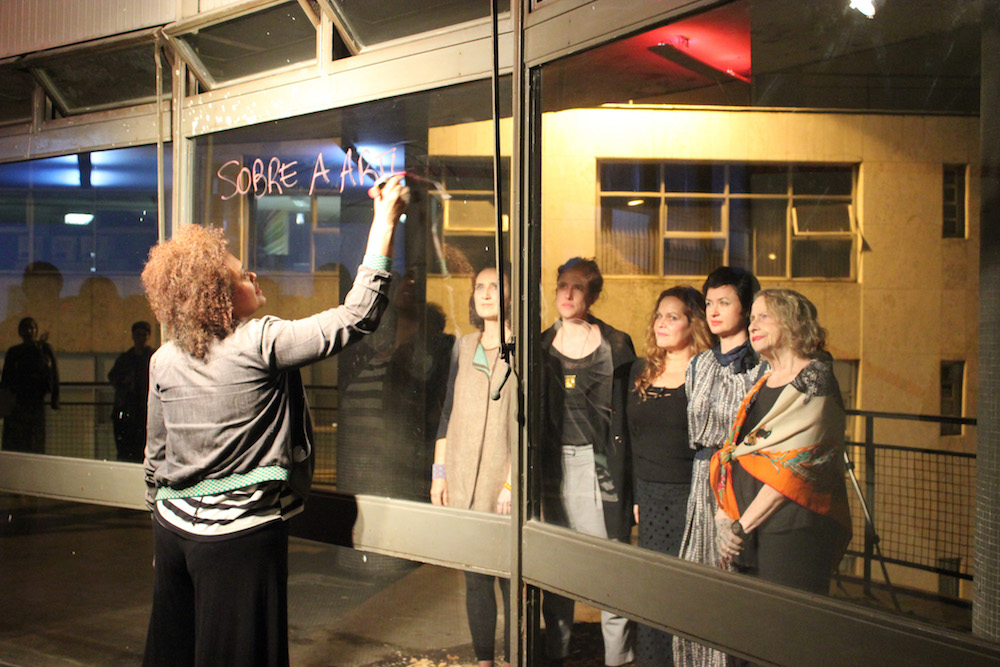 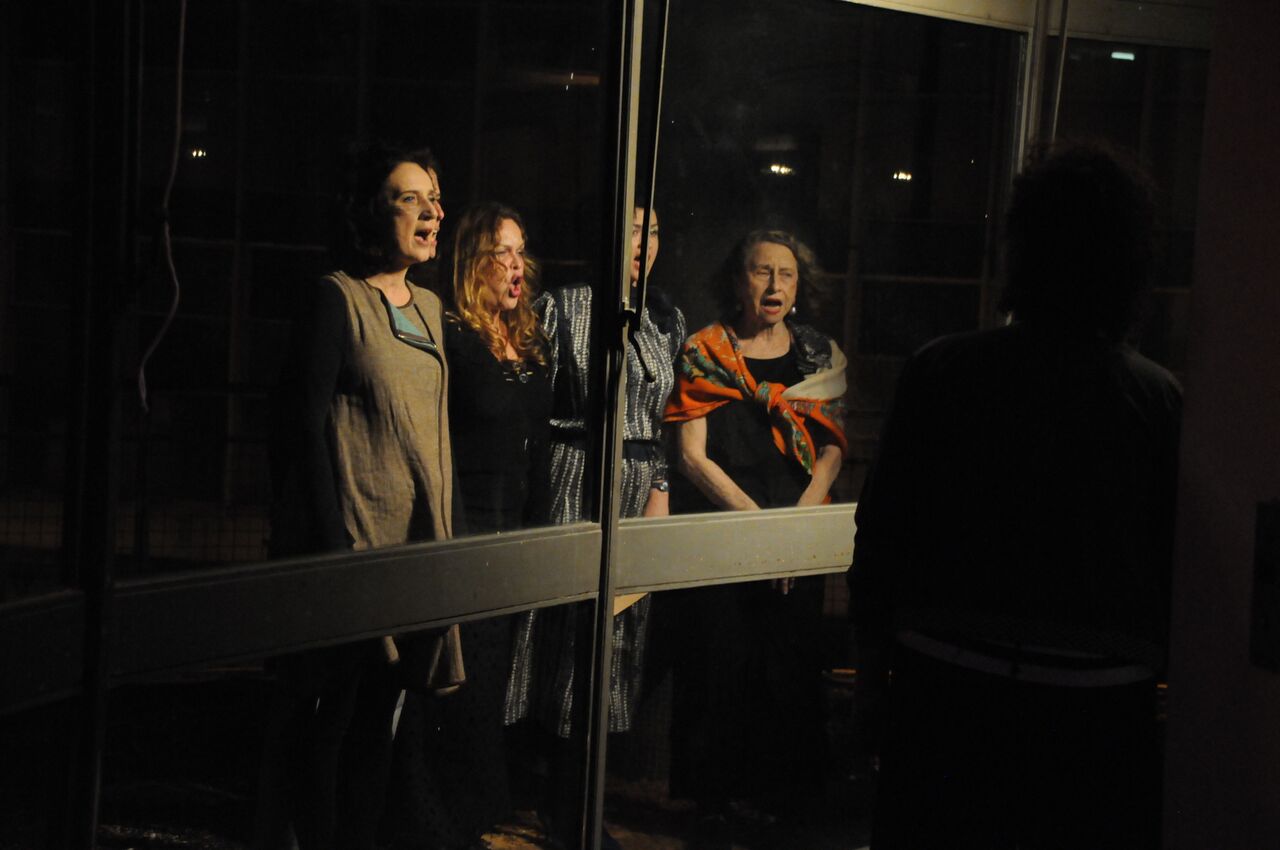 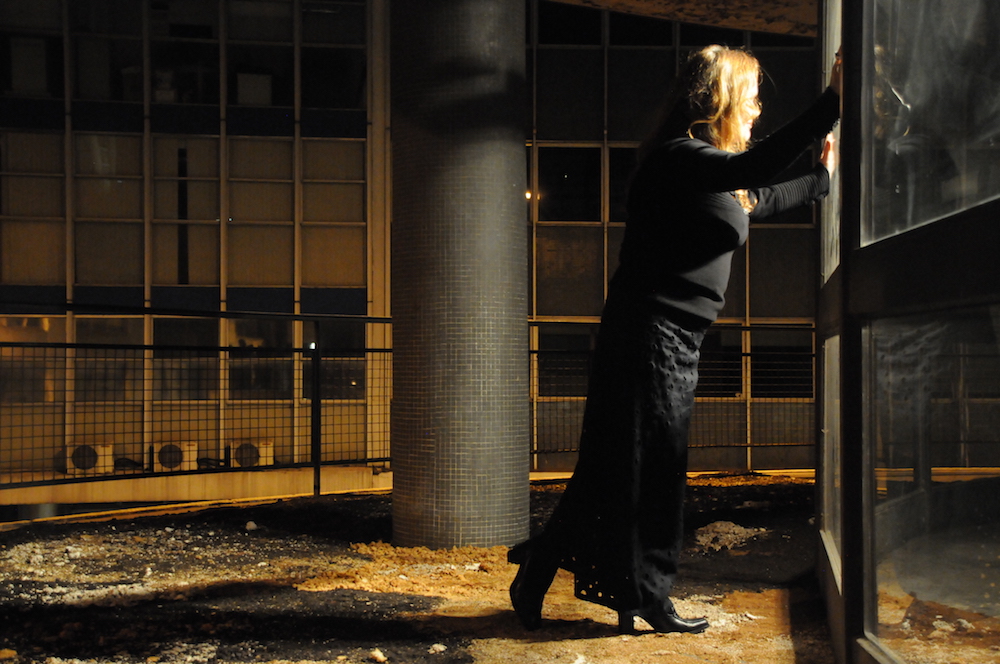 And the questioning of an object – after Anna Bella Geiger’s Pedra – took place between Milovan Farronato, Cecilia Tanure, Georgina Starr, Anna Bella Geiger and Delia Gonzalez,  as they focused the ‘thing’ made by Augustas Serapinas, placed on a suspended table by Paloma Bosquê. 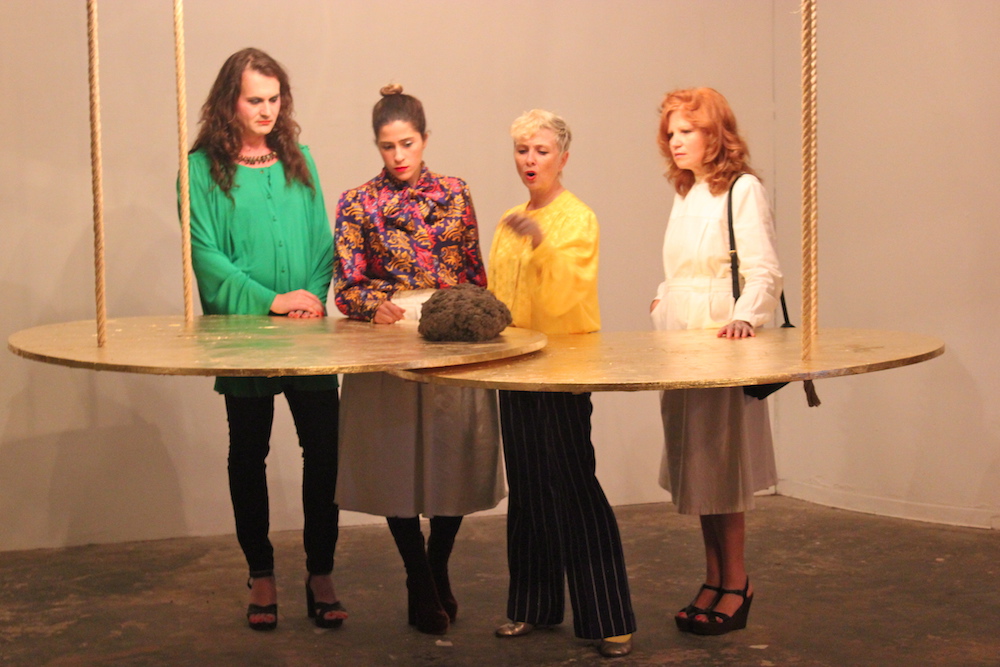 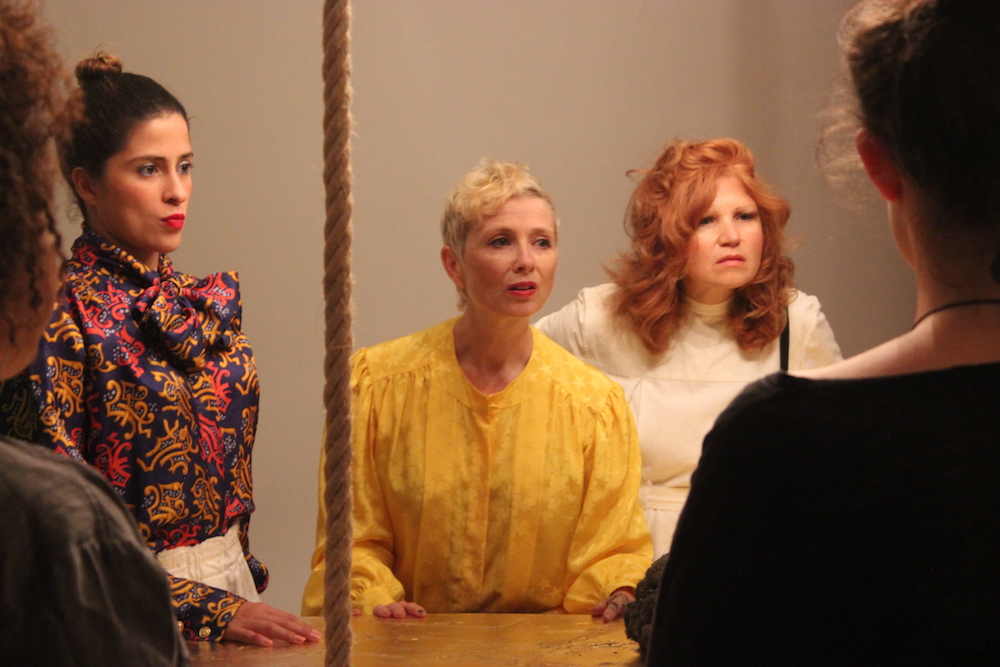 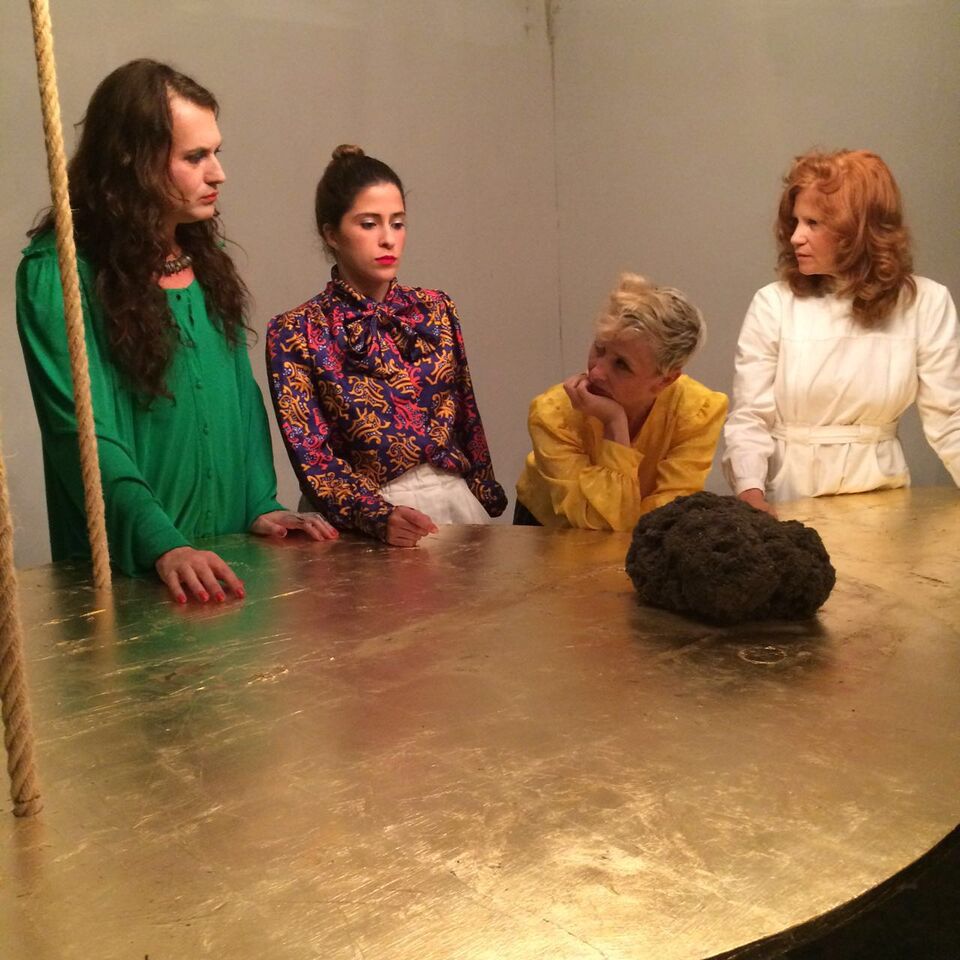 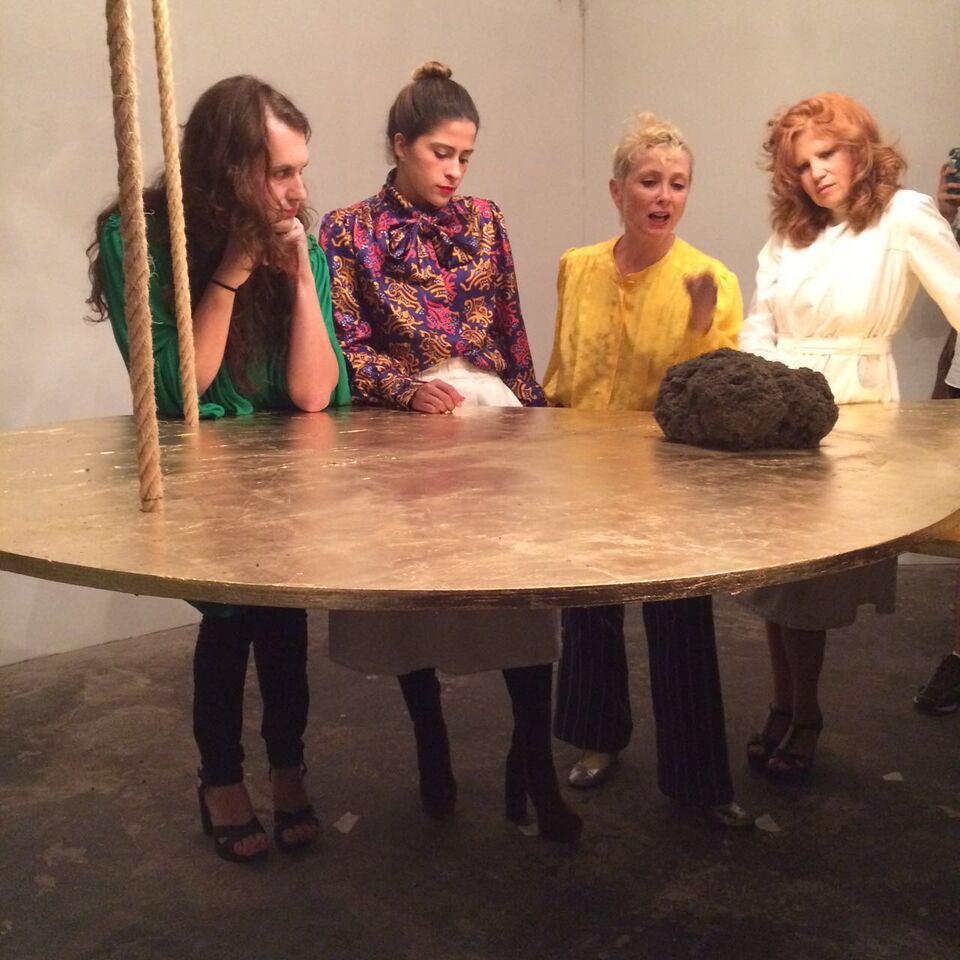 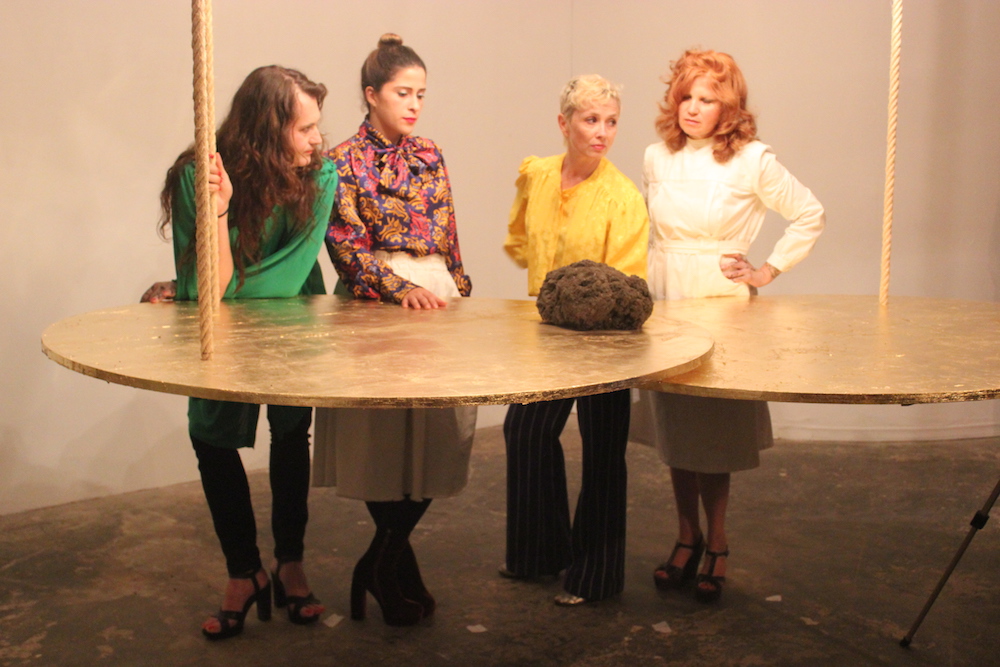 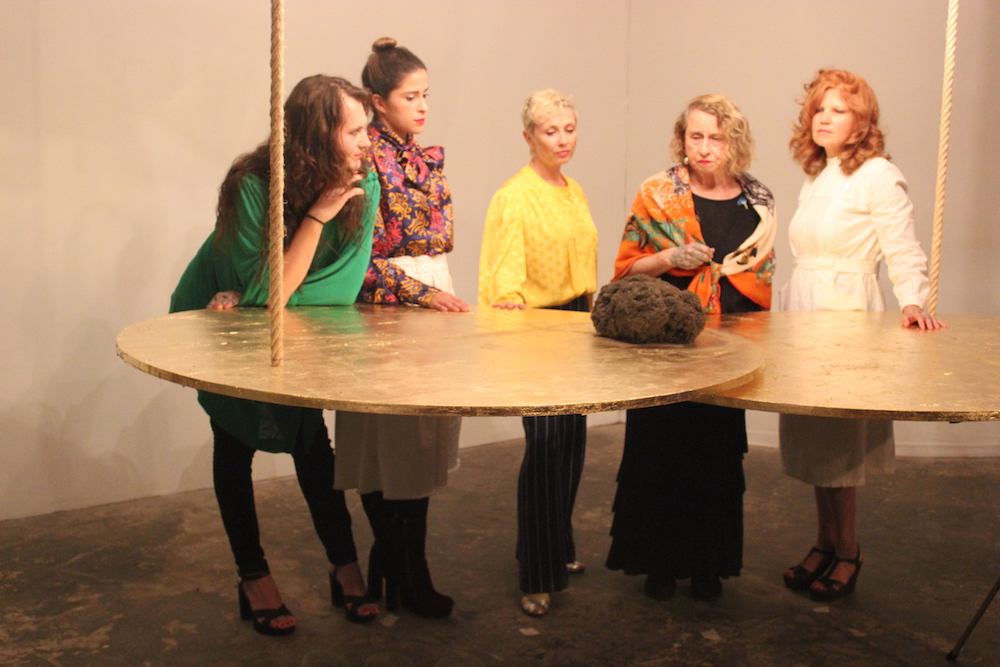