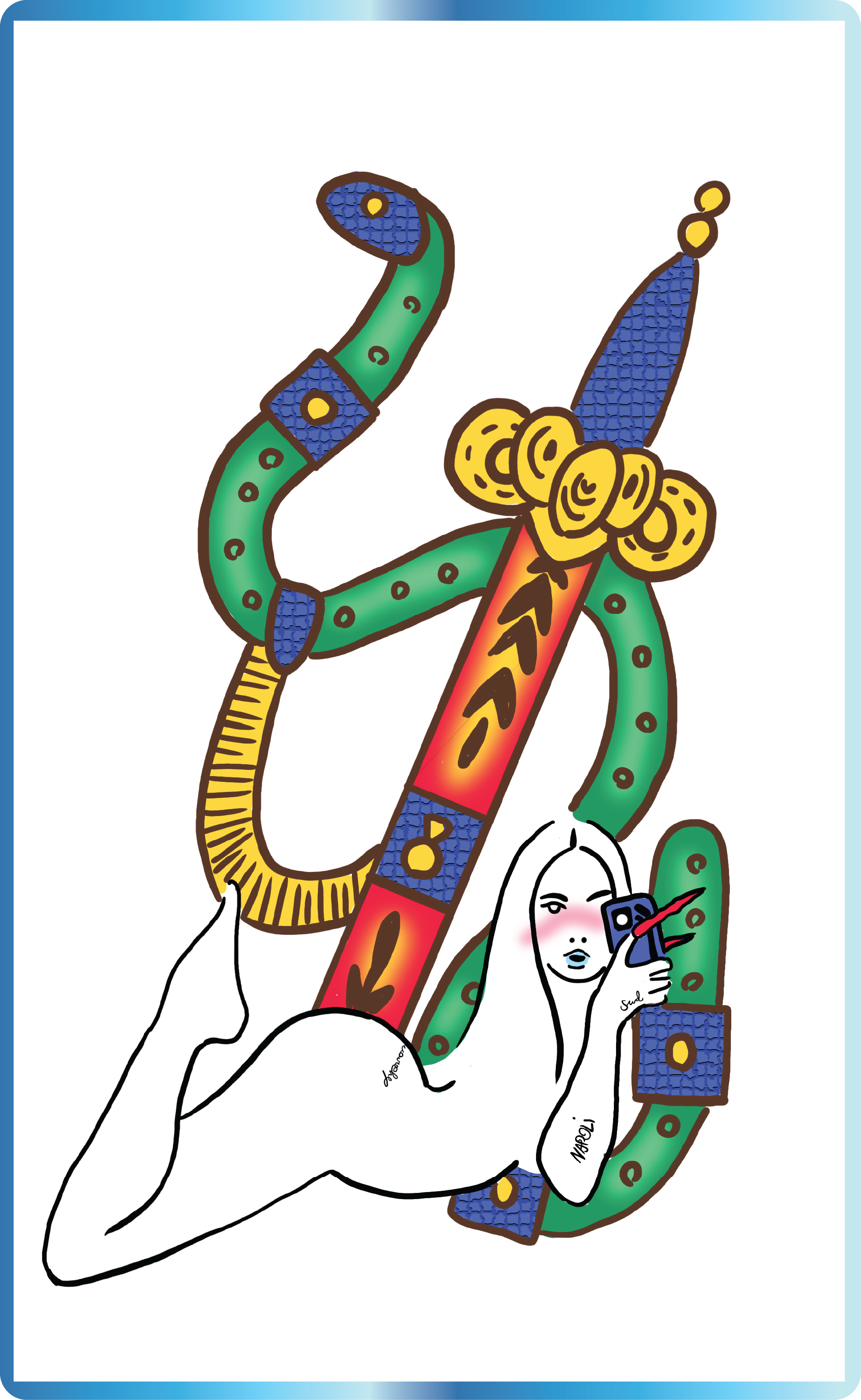 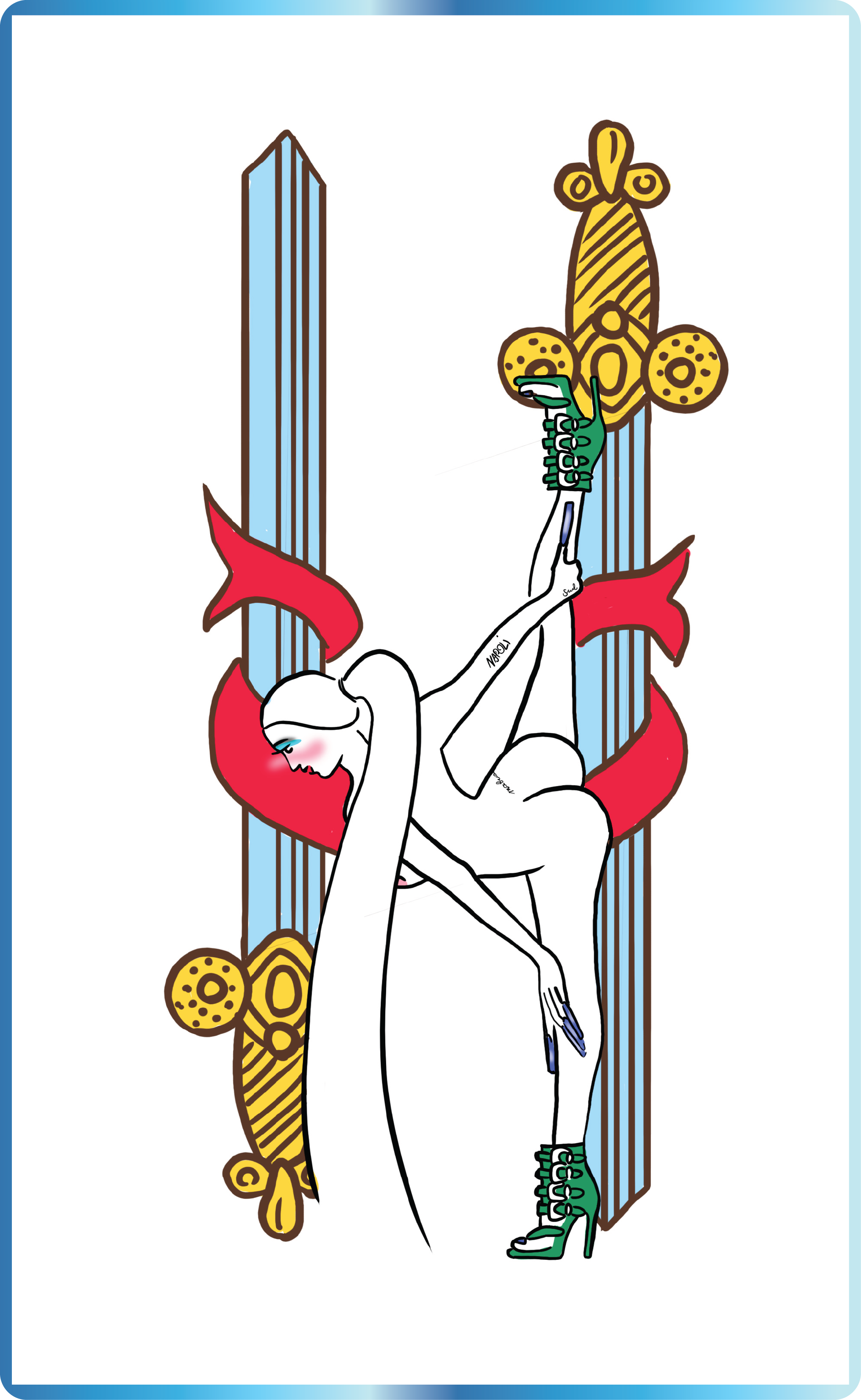 Two of Swords. Upwards: disappointment for news that does not arrive. Reverse: quarrels, separation, general negativity. 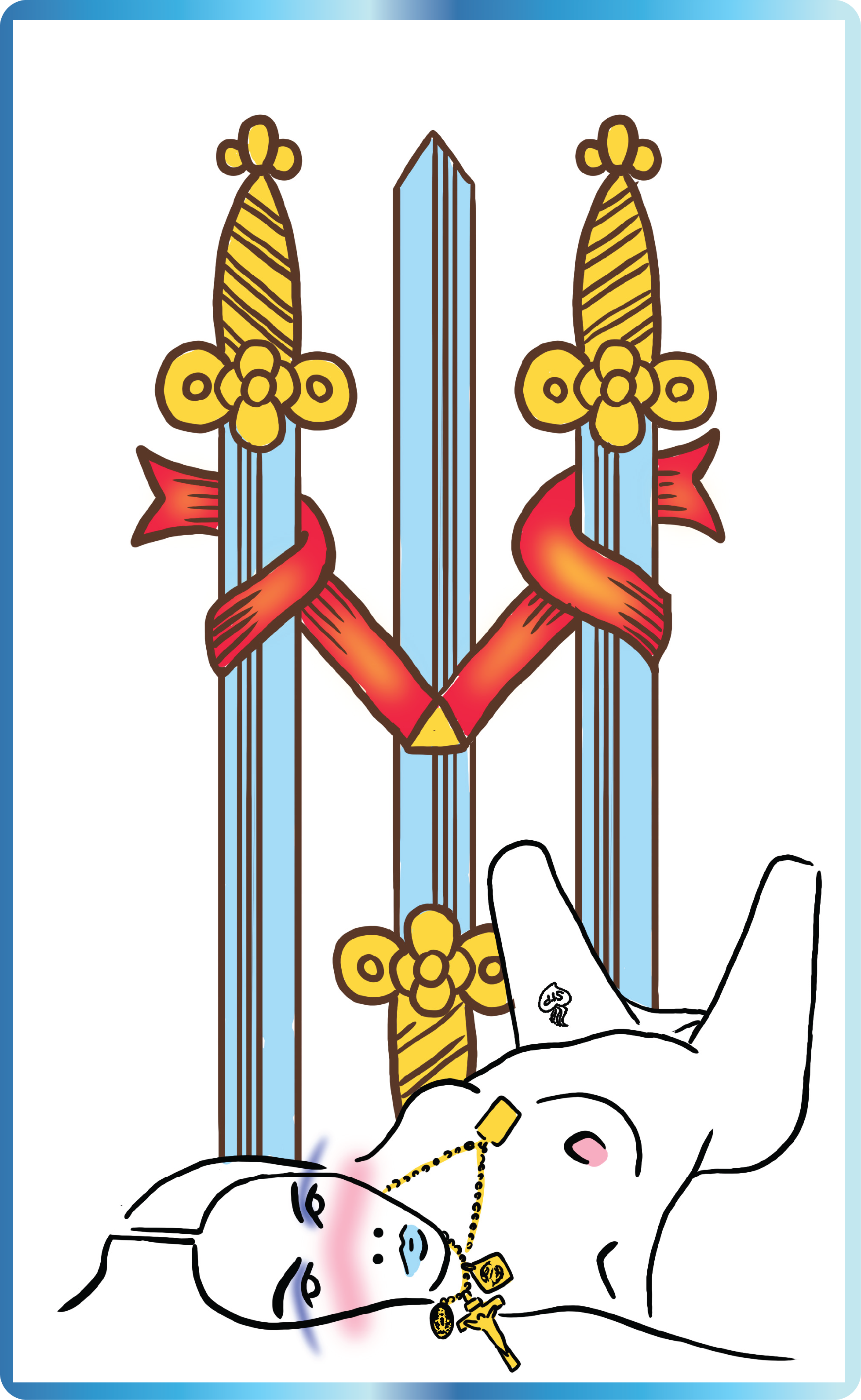 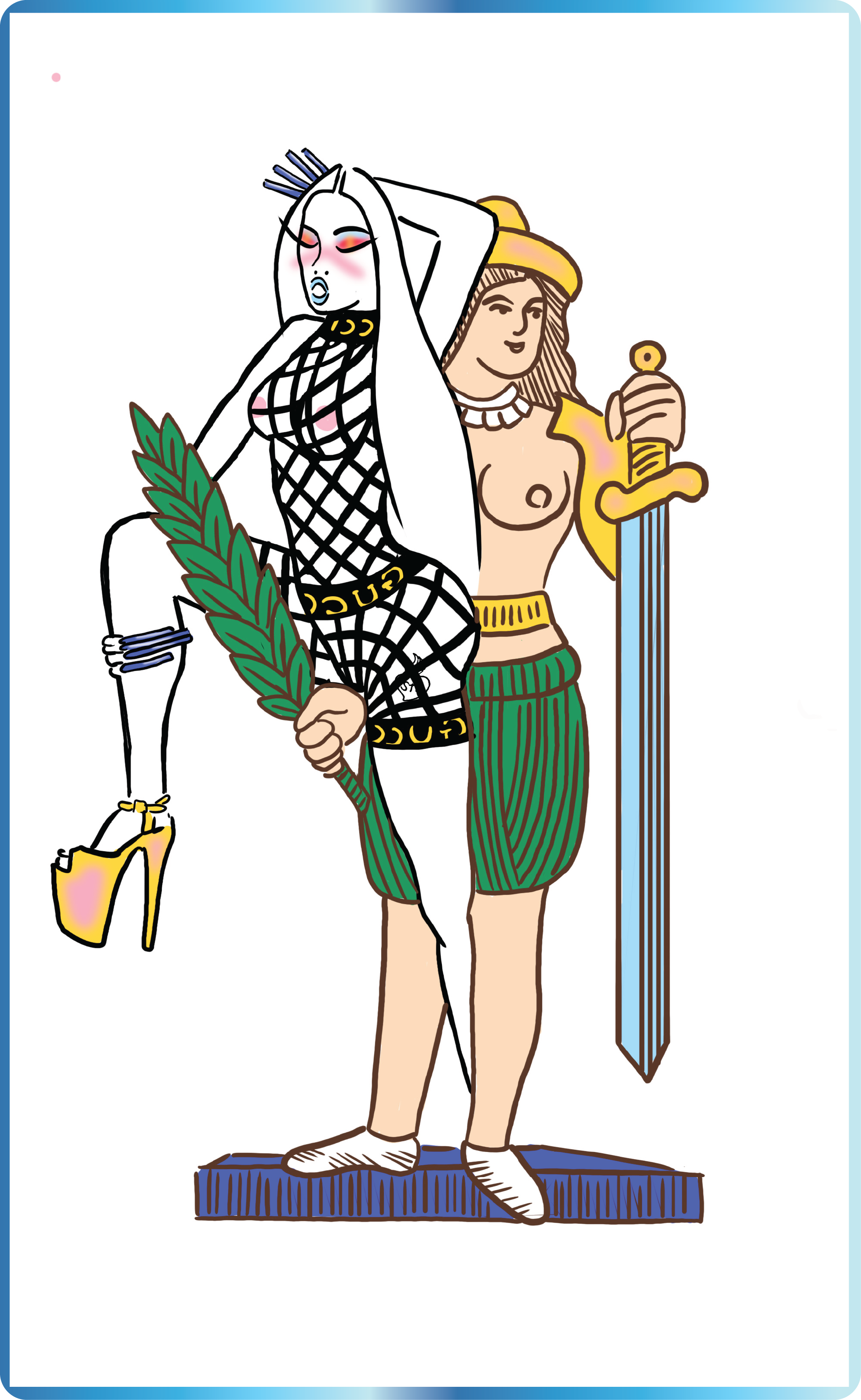 Eight or Knight of Swords. Upwards: arrival of unpleasant news. Possible travel-related problems; difficulty finding a point of agreement. It can represent the father-in-law and/or the son-in-law, or a young person working as a policeman. Reverse: the meaning is similar to the previous ones, only more evident. 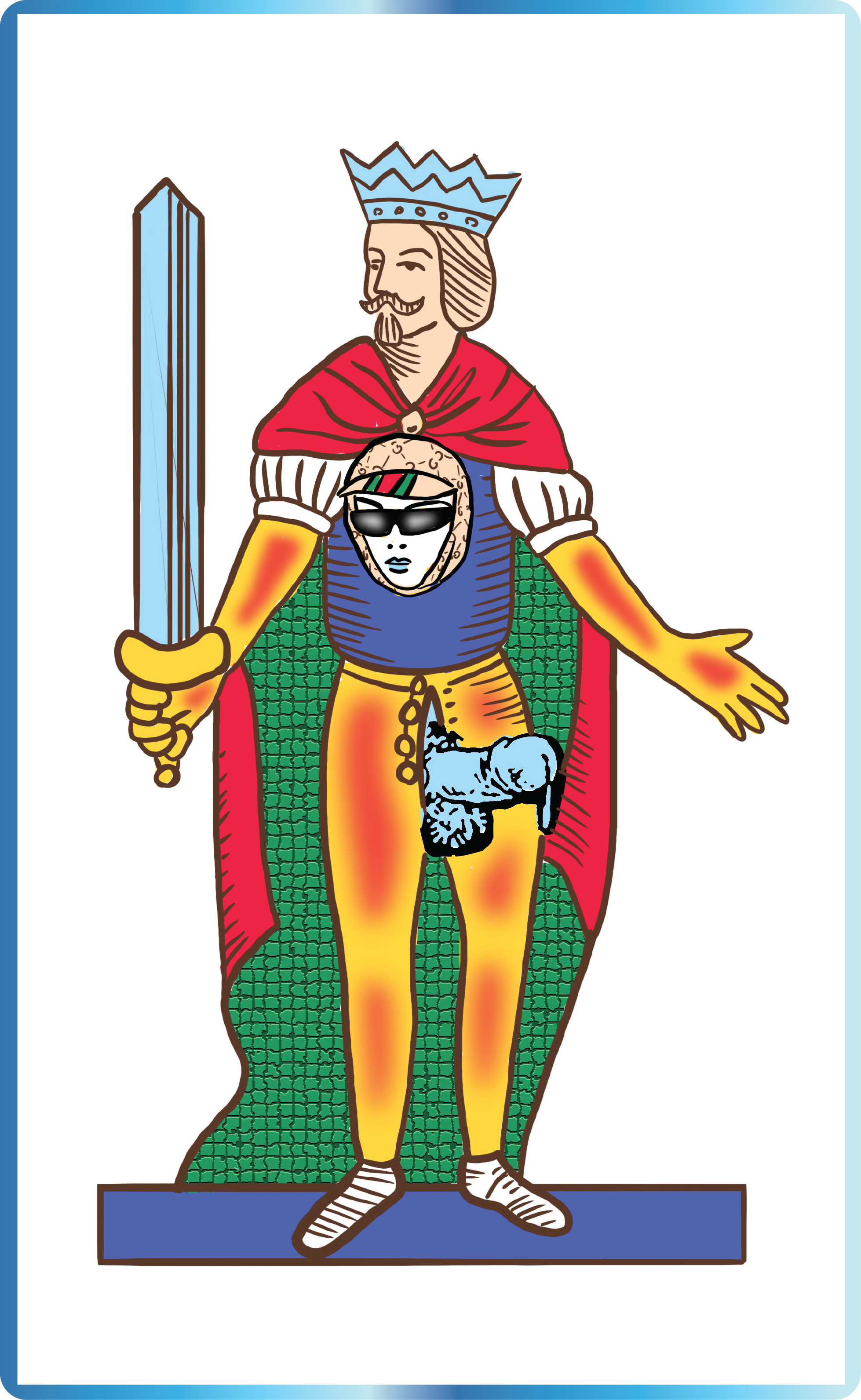 10 or King of Swords. Upwards: intelligent man, scholar. Often it indicates the man in uniform (not only military but also doctors, lawyers, etc.). The king of swords is an authoritarian character, severe – but fair. Man little or not at all prone to sentimentality. Hair colour: black or dark brown. Reverse: deceiver, uses his knowledge to hurt or harm. It can also indicate a person in poor health.

SAGG NAPOLI worn by a 10 or King of SWRDS, narrated by Stella Bottai.