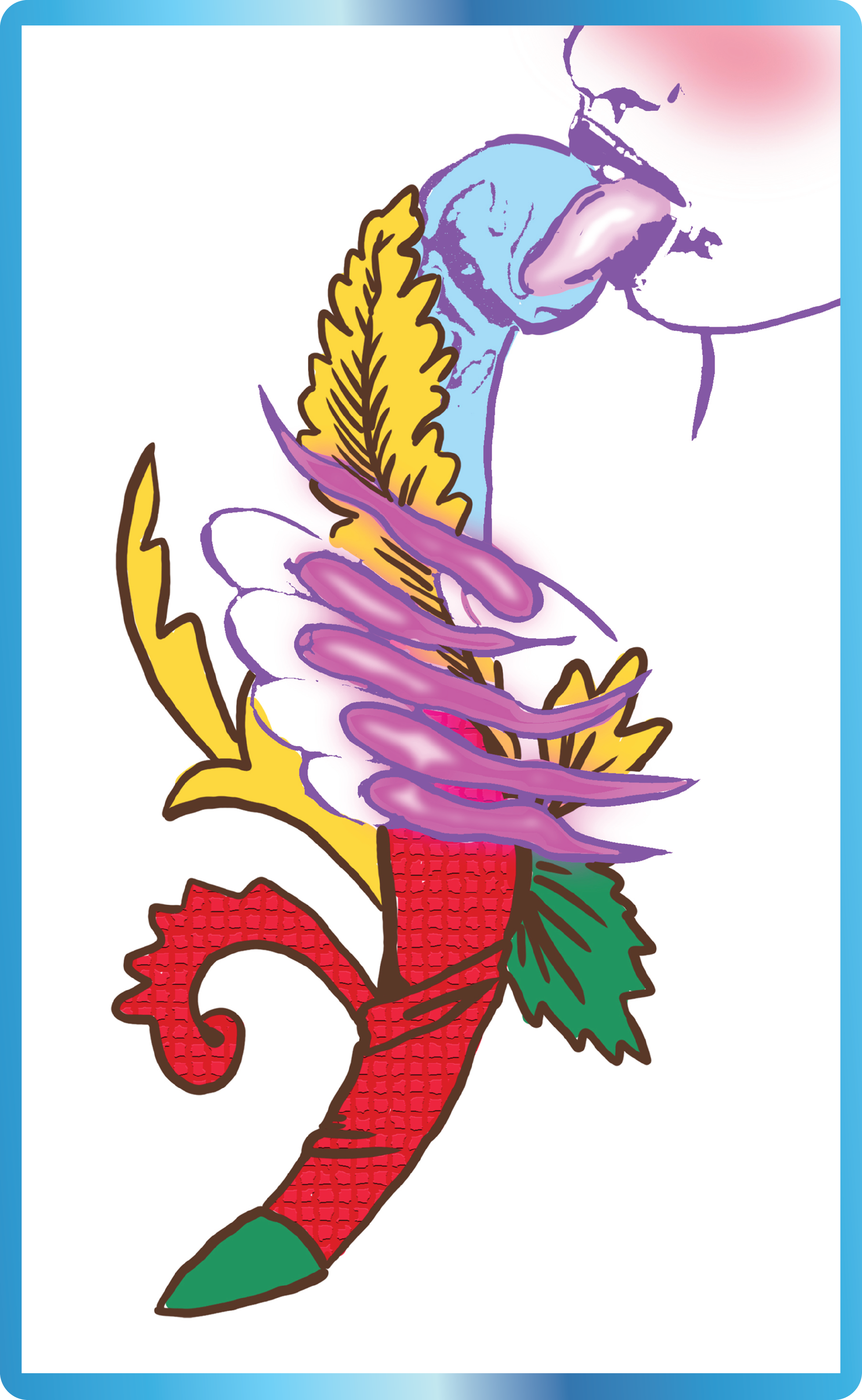 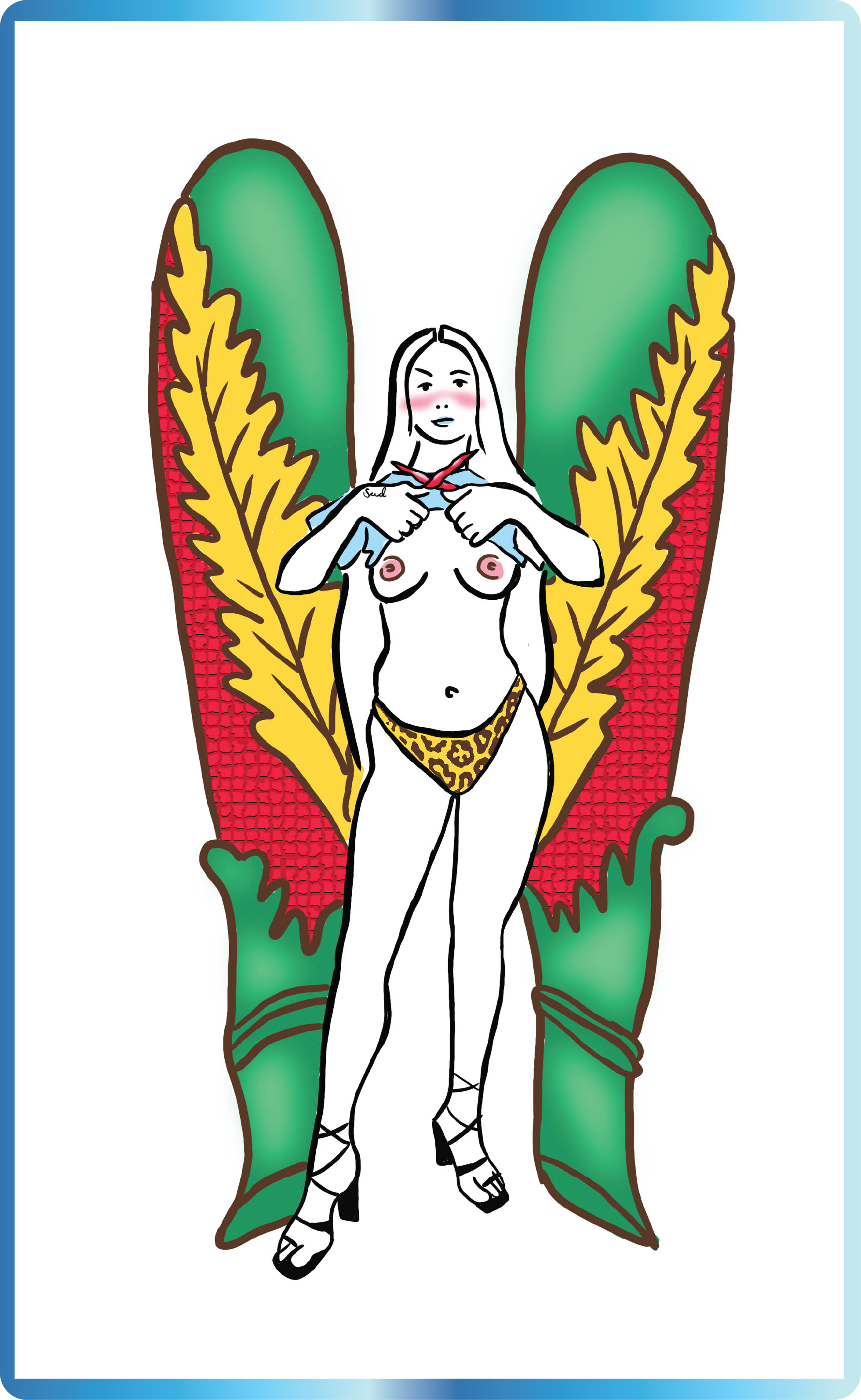 Two of Clubs. Upwards:  represents a clash between personalities, who can also collaborate positively, but are unlikely to find a stable and definitive balance. It also reveals the plans of those who are asking the question. Reverse: documents, messages, information that arrives to bring clarity, providing unexpected solutions. Surprise for facts and information that you become aware of. Lies come to the surface. 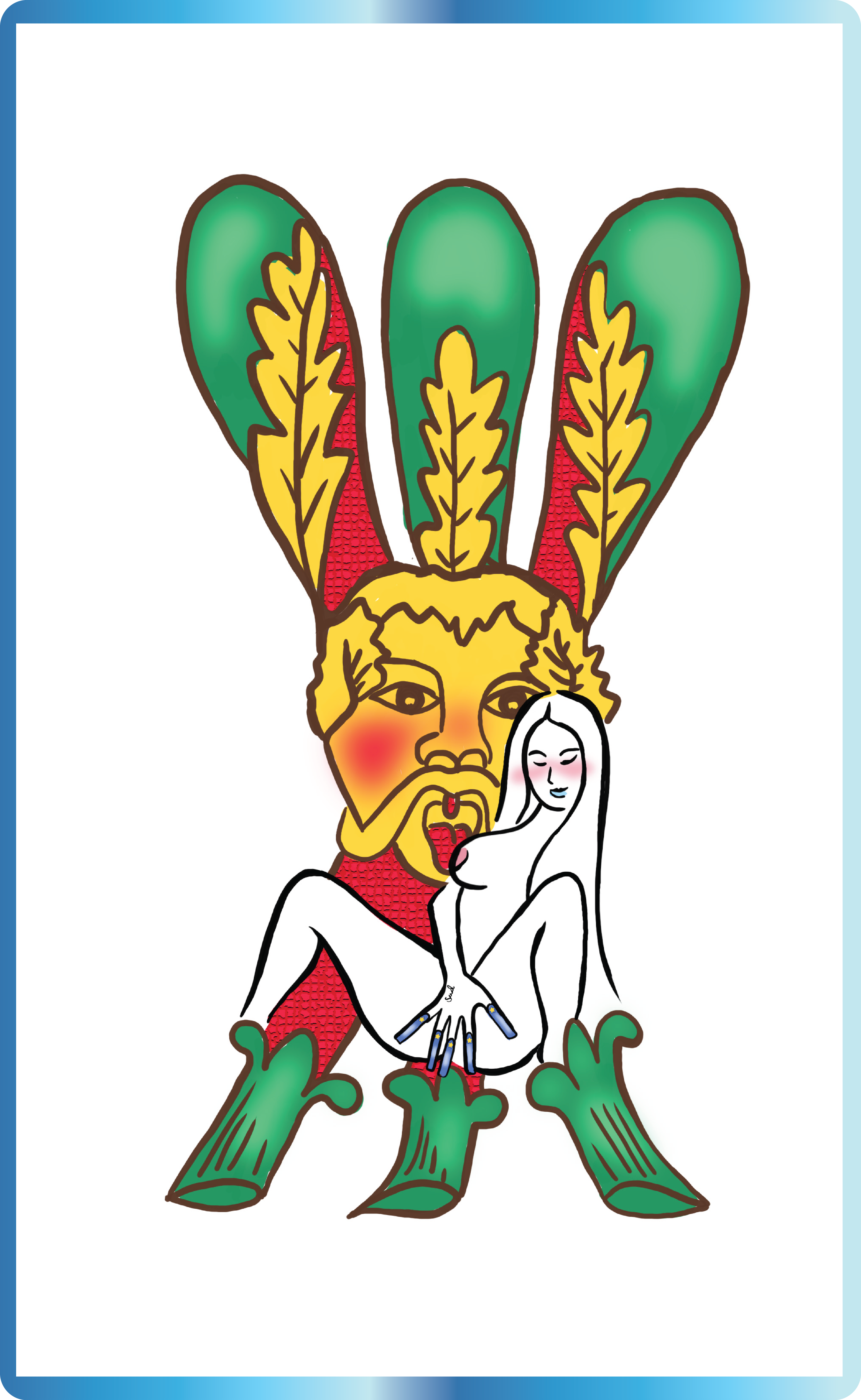 Three of Clubs. Upwards: synergy, collaboration, association. Solid economic and working situation, sincerity between the members of a group or couple. Reverse: break of collaboration or bond. Not advantageous proposals. Clashes and quarrels. 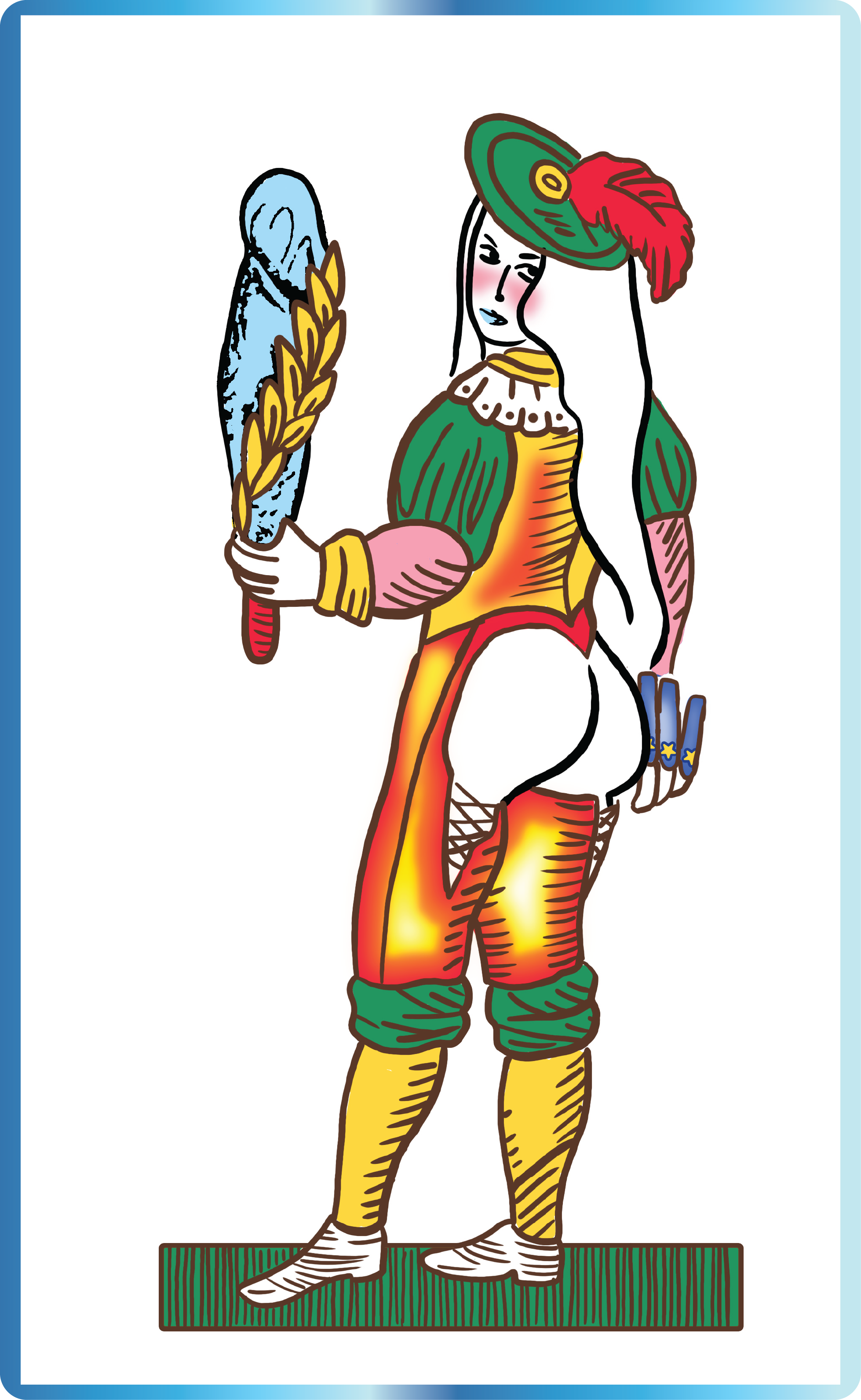 Eight or Jack of Clubs. Upwards: mature and fulfilled woman, determined and endowed with wisdom and great principles. Loyal, able to make suggestions and keep secrets. She is the female figure of reference, both as a friend to lean on and in the family (mother, aunt, sister, etc.). Physical characteristics: dark brown hair. Reverse meaning: a woman who despite her knowledge and wisdom, is not very in tune with the consultant. She does not want to relate to it, or she is unable to give useful advice. Jealousy, moral blackmail, gossip, broken secrets. Infidelity. 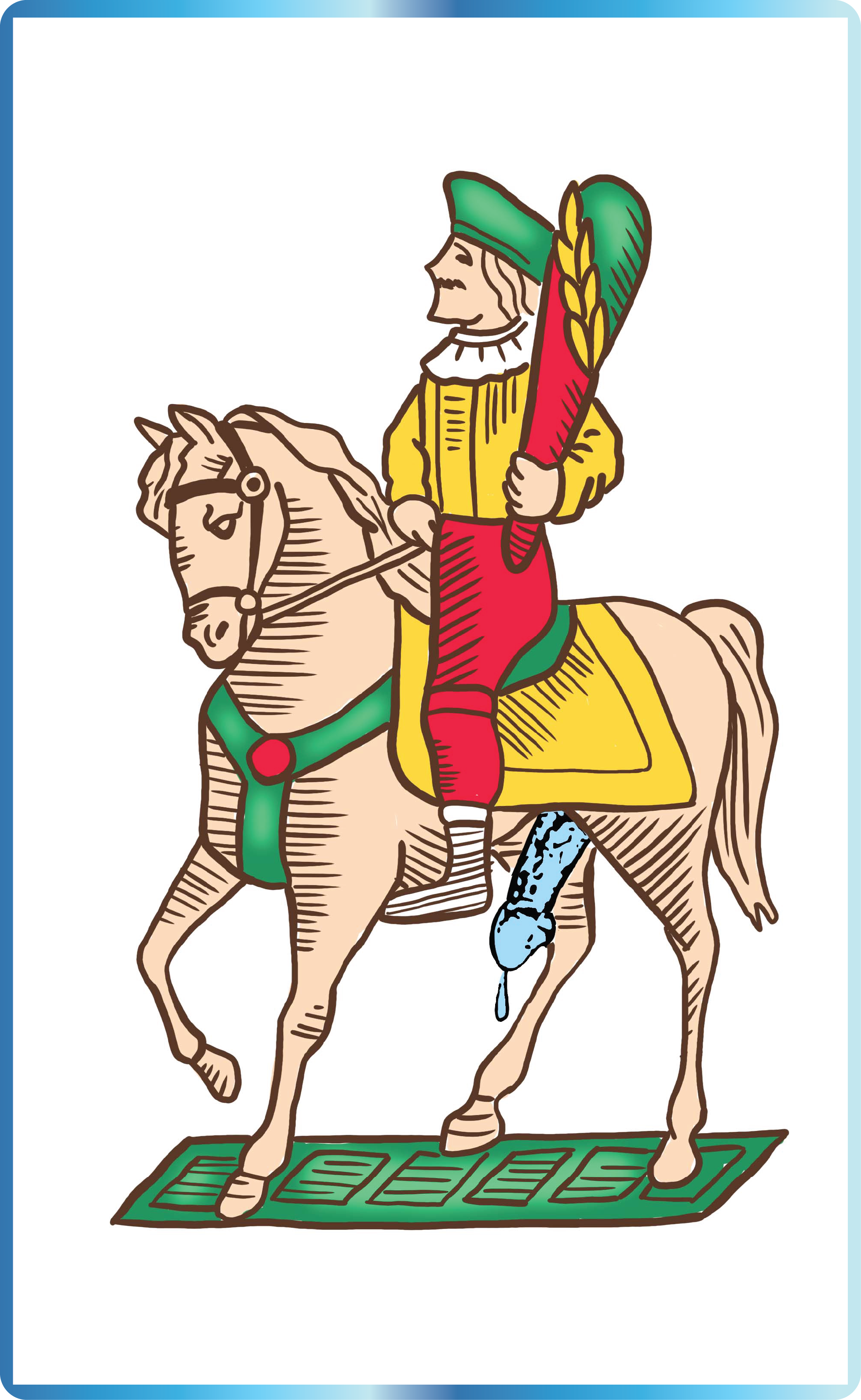 Nine or Knight of Clubs. Upwards: it can indicate travels, transfers or business transfers, changes of home. Sudden news of separations: in this case, they are favourable and positive for the consultant. He is a kind friend, a relative who helps and supports us. Reverse: changes that have negative or unpleasant outcomes. Jumping relationships, separations and divorces. Blockages at work level, or possible layoffs. It is the rival’s card, which unscrupulously opposes our success.

“Growing up, my Gramma used to take my sister and I out of Napoli as we finished school – we used to spend July in a small town called Scario. There I have my first memories of playing cards. We used to sit for hours on those plastic chairs playing cards until our asses would get stuck to the chair (that iconic- short clothes-sweat-plastic chair-combo). There is that moment in between being kids and teens that we had to balance our time, like spend enough time with our grandma and her friends playing SCOPA, so that she would let us go out with our friends.

I also fit my first sexual interaction in those same memories, so I guess the two things have been connected since. To give someone’s head has always felt a lot more intimate to me than to have sex with them. I think as a young teen it felt like an extremely vulnerable position to be and as a woman it still does. There are obviously a number of reasons for it, as a teen oral sex is something you are asked to perform in a way that feels like has nothing to do with your own pleasure.

As a grown-up, I still feel like you require a certain level of intimacy and emotional connection to feel like oral sex is something you can perform.”