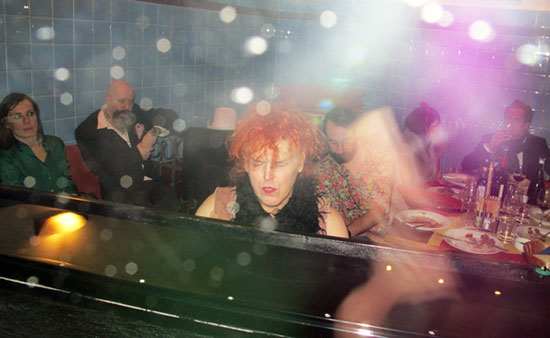 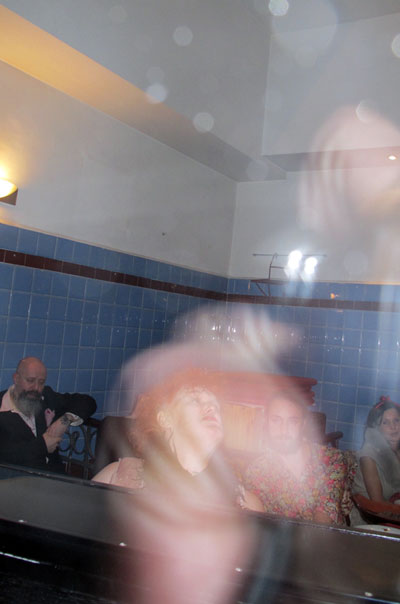 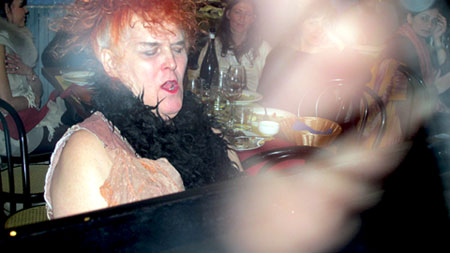 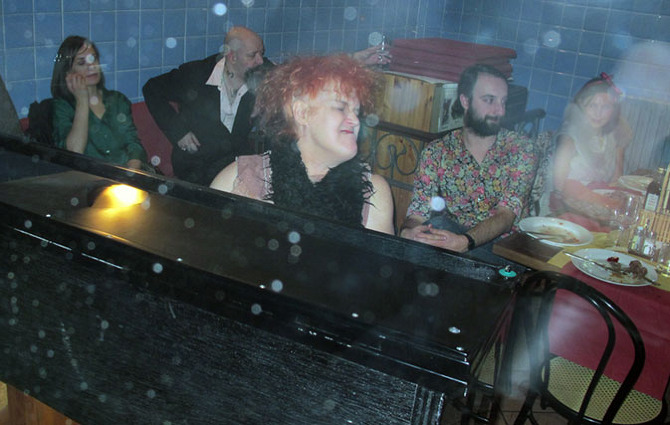 In the vicinity of Parco Trotter and surrounded by gloomy examples of eclecticism… at the junction between one of the many Milan’s streets called Via Crespi and its one and only Via Termopili; in a district that is a mosaic of ethnic groups and traditions…

In a room dating from the early part of the 20th century, lined with dark-blue tiles with reddish purple inserts, a reminder from the thirties of the Fascist laws on public hygiene, a heritage of the Berti family ceded in 2010 to a new management inspired by the philosophy of zero food miles.

Cardoons, persimmons, pumpkin, chicory and broad beans and Tuscan kale. Primitivo and Sterpato wines. Boiled meats and snails. Traditional desserts from Puglia, homage and farewell to Rita Selvaggio who is leaving for the Ville-Lumière.