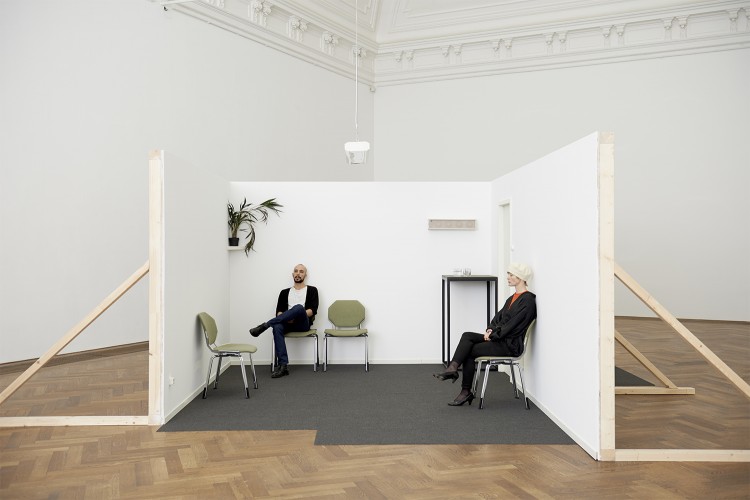 What would it mean to ask a young artist to begin to conceive and organize a retrospective of her most important works at the beginning of her career, rather than at the end? And to present this retrospective’s contents not in a single space and at a single moment, but piece by piece, sequentially, over the duration of an indeterminate number of years (as many as the current director is in place)? Moreover, what would it mean for an institution to commit to feature both made and as-yet-unmade artworks in an “exhibition” —one that deliberately announces itself as retrospective, no less—that will not be seen all at once but instead, over time, in “chapters.” 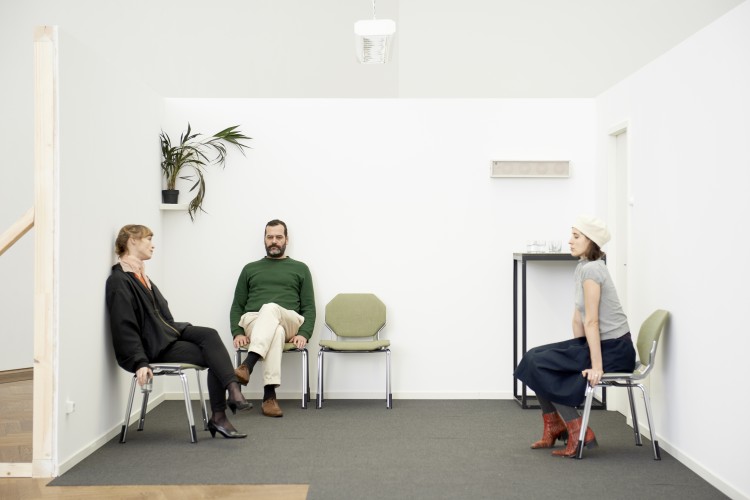 These are the questions that haunt Zhana Ivanova’s first solo exhibition in an institution. The nature of her performances often involves revealing, on the one hand, the underlying codes, rules, and structures in society, and, on the other hand, a form of prediction or future tense; her exhibition thus proposes to operate a bit like her work, revealing something about the codes, rules, and structures of exhibition-making and setting those into a indeterminate future. Called Ongoing Retrospective, it will reverse the typical nature of the retrospective since here we will start at the beginning of this young artist’s career and look forward, without the safe distance of history to understand, categorize, and contextualize the artist’s oeuvre. Ivanova’s project will ask of its public that they return to Kunsthalle Basel again and again to experience a retrospective in the process of becoming; it will ask of its public that they hold in memory previously seen pieces and anticipate how they might connect to each other; and, finally, it will ask of its public that they abandon their conventional ideas of both an exhibition, generally, and a retrospective, in particular. 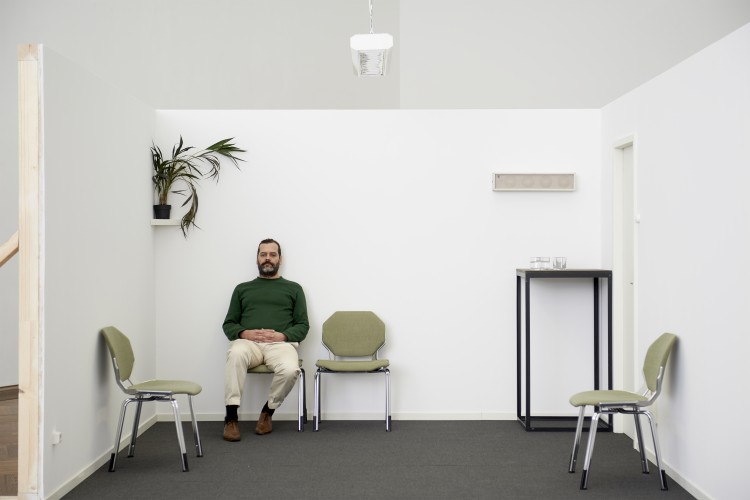 The opening chapter of Ongoing Retro­spective features a single piece, All the Players (2013/2015), an artwork that is itself (appropriately) set in the future tense. The performance piece unfolds within the walls of a stage-set for a nondescript room, evocative of a waiting room, perhaps, or some other area in which one is often bored and expectant. There, three unnamed and mute protagonists, defined only by their clothing or traits or habits (a woman with a pink scarf and remarkable beauty, a shifty man who sits near a plant, and a woman with a white hat and improbable sex appeal), are played by a rotating cast of five different actors. The same character “type” is played by different “players” from the cast—sometimes even with the two actors playing the same character overlapping on stage at the same time. The result is a somewhat absurd 15 minute play that is looped to reveal small changes between each sequential rendition. 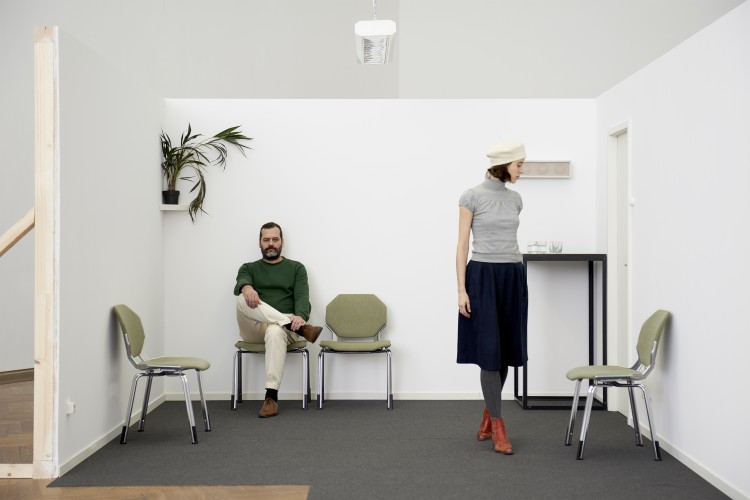 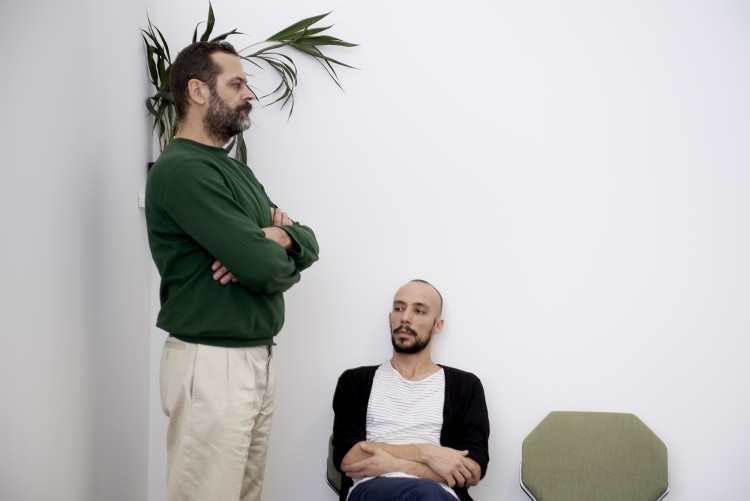 The performance script—that element typically not shared with the audience—is here available to the viewer. It reads like a melodrama in which all the dialogue has been removed and only stage directions and cues for feelings remain. And while it describes and directly references the performance, it also is meant to shift the perception of what you see in front of you, as expectations and assumptions interact with what you read between the lines. There you see that every one of the actors’ emotions or thoughts—expressed through a minuscule gesture or tilt of the head or particular kind of glance—has been scripted by the artist.

Can distrust, anticipation, or even violent thoughts come across through the simple darting of eyes or the brush of a hand against a face? All the Players uses the sparest of movements and means to emphasize speculation about performed emotions. The piece is an exercise in interpretation: of the actor’s interpretation of the artist’s instructions;of the visitors interpretation of the portrayed emotions; and finally of the artist’s, the actors’, and even our own interpretations as viewers of the cultural codes on which each prescribed gesture is invariably based. After all, codes for seduction or anxiousness might look so different from one culture to another. The result reveals Ivanova’s recurrent interest in performance as a tool for the analysis and portrayal of the codes and structures that undergird everyday social dynamics, whether power or gender relations, or even the cultural signification of a gesture. 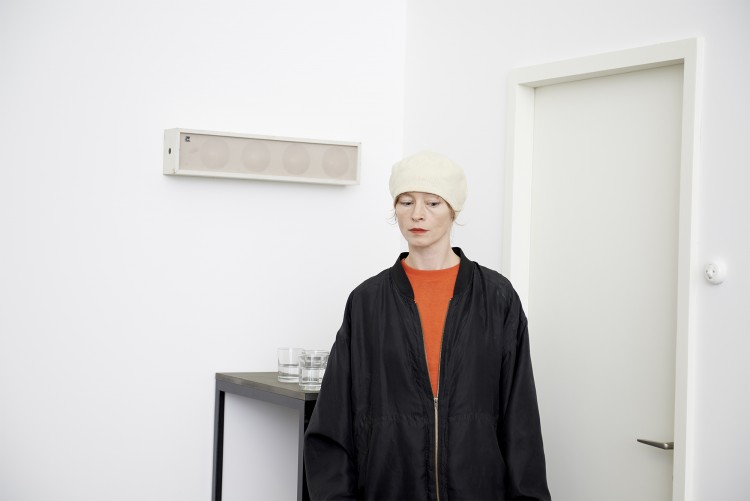 The deliberate artifice of the stage (with its visible construction revealed and its discernable front and back stage areas) and the script conjure the action even when the “players” do not animate them. As silent as the actors, the stage and script are neither traces nor props, exactly; they, too, are part of the artwork in a piece that asks of its visitors to imagine the scenes even when the performers are not there to stage it. 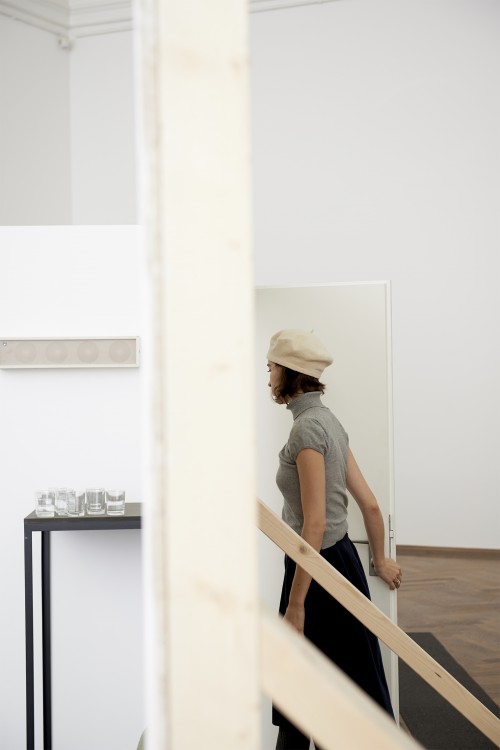 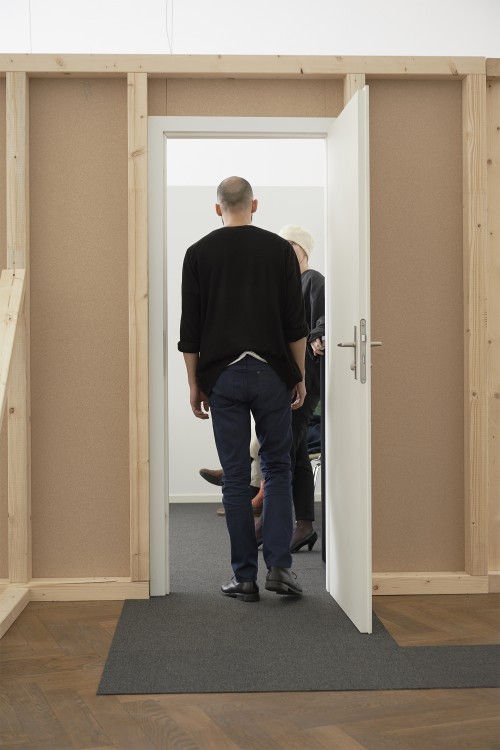 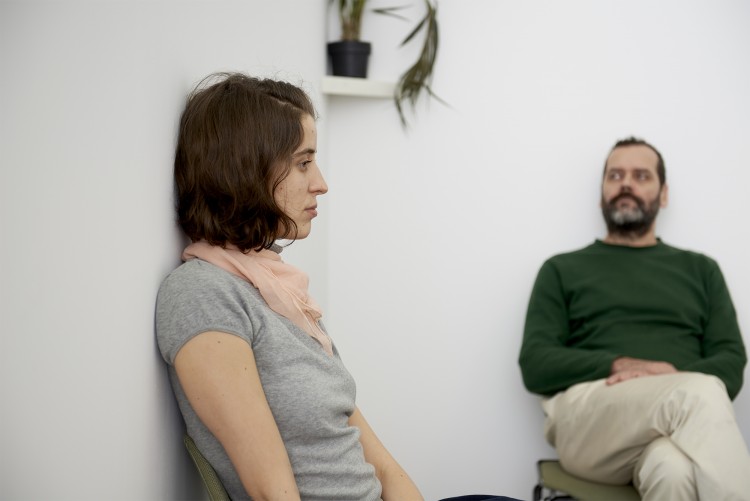 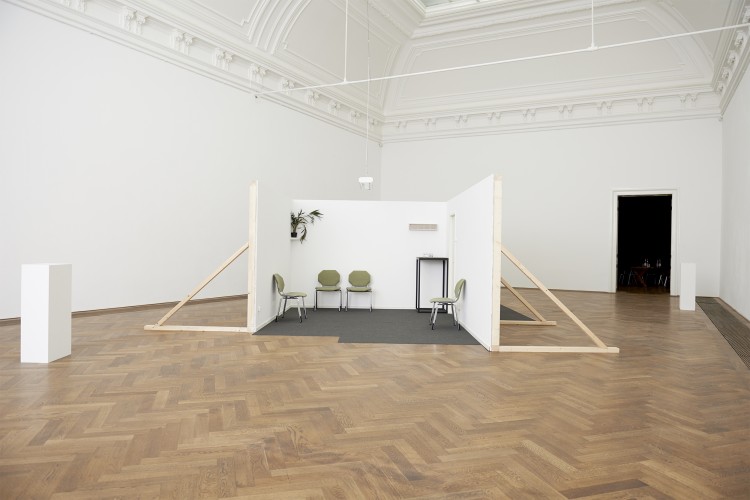