Mark Nash, one of the guests of Volcano Extravaganza, will talk about a work by Francesco Vezzoli, which reworks a film by Roberto Rossellini ‘Una Voce Humana (The Human Voice)’ and to which some of the italicised terms of the Volcano Extravaganza constellation might be relevant. 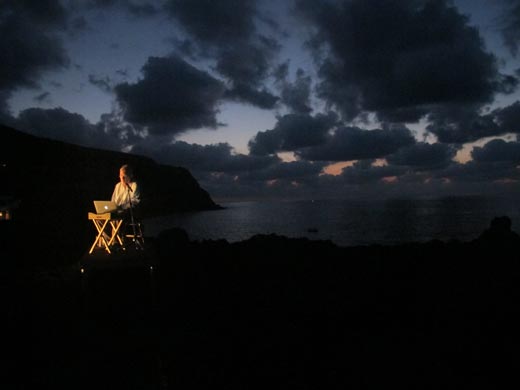 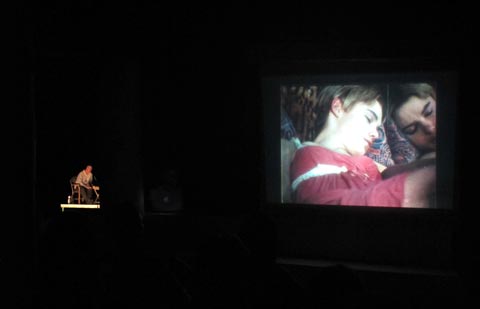 With this proposal a series of guests has been invited to perform a soliloquy in front of the volcano: ‘A platform on a black rock cliff resembling the prow of a ship, with the drowning sun and spray of sea-foam at your back. We invite you to take a position and express your own voice in confrontation with the constantly erupting volcano you are facing from below. As a friend of ours said: ‘You can never say no to a volcano’. So please contribute with a soliloquy on the following constellation: adaptation, variations, disappearance, substitution, camouflage, analogy, mutation, actualisation, fragmentation, metamorphosis, the ornamental poem…’ 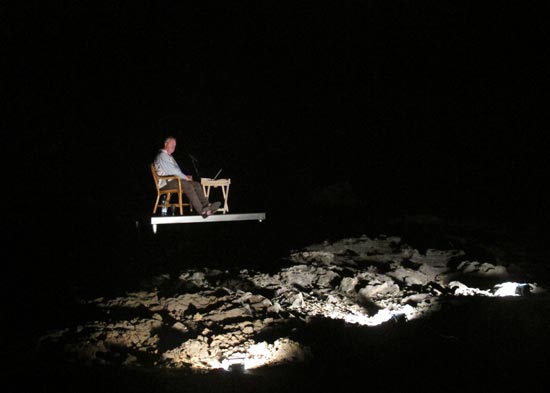 Mark Nash is a curator and writer. He currently directs the Curating Contemporary Art Programme at the Royal College of Art, London. He was a co-curator of Documenta 11 (2002) and his exhibitions include Experiments with Truth (2004) and One Sixth of the Earth (2012).