Crystal Z Campbell, Living on Hope for a Long Time,
performance, 22 August 2012,
House of the Extravaganza and La Lunatica, Stromboli

‘Living on Hope for a Long Time’ is a 45 minute blindfolded audio walk adapted specifically for Stromboli.

It is based on the 1978 Jonestown Tragedy where nearly 1000 Americans committed suicide. Jonestown was a failed multicultural utopia of U.S. citizens who relocated to Guyana in the late 1970’s. Cult leader Jim Jones’ final plea to commit mass ‘revolutionary suicide’ was recorded on the notorious ‘Death Tape’.
In ‘Living on Hope for a Long Time’, classically trained soprano vocalist Jennifer Connor transforms Jones’ text from the ‘Death Tape’ into a sonic tapestry of opera riffs, spoken word and musical theater.

During the Volcano Extravaganza in Stromboli, twenty guests will be blindfolded and escorted in a single-line queue from the House of the Extravaganza to La Lunatica. 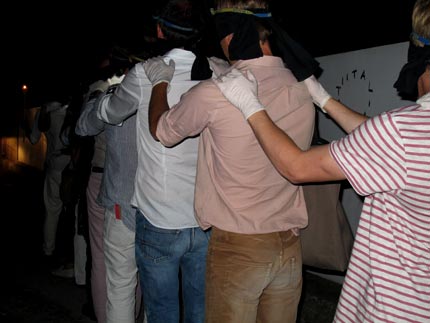 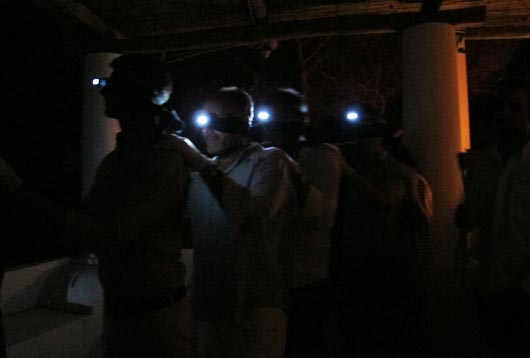 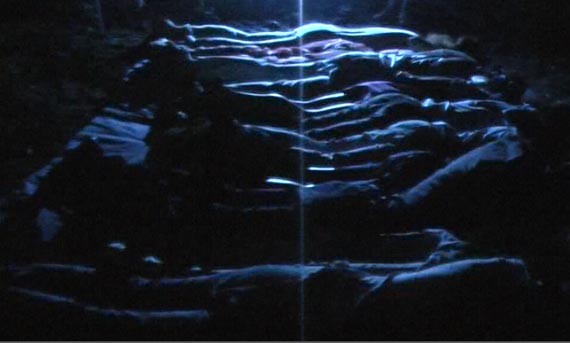 Crystal Z Campbell received an MFA from the University of California, San Diego, and an MA in Africana Studies from the University at Albany-State University of New York. She is a 2003 graduate of the Skowhegan School of Painting and Sculpture. Her work has been exhibited at Project Row Houses in Houston, TX, de Appel in Amsterdam and will be in the exhibition, Fore, opening in November 2012 at the Studio Museum in Harlem. From 2010–11, she was a Van Lier Fellow in Studio Art at the Whitney Independent Study Program. She is currently a first-year artist in residence at Rijksakademie van beeldende Kunsten in Amsterdam, Netherlands