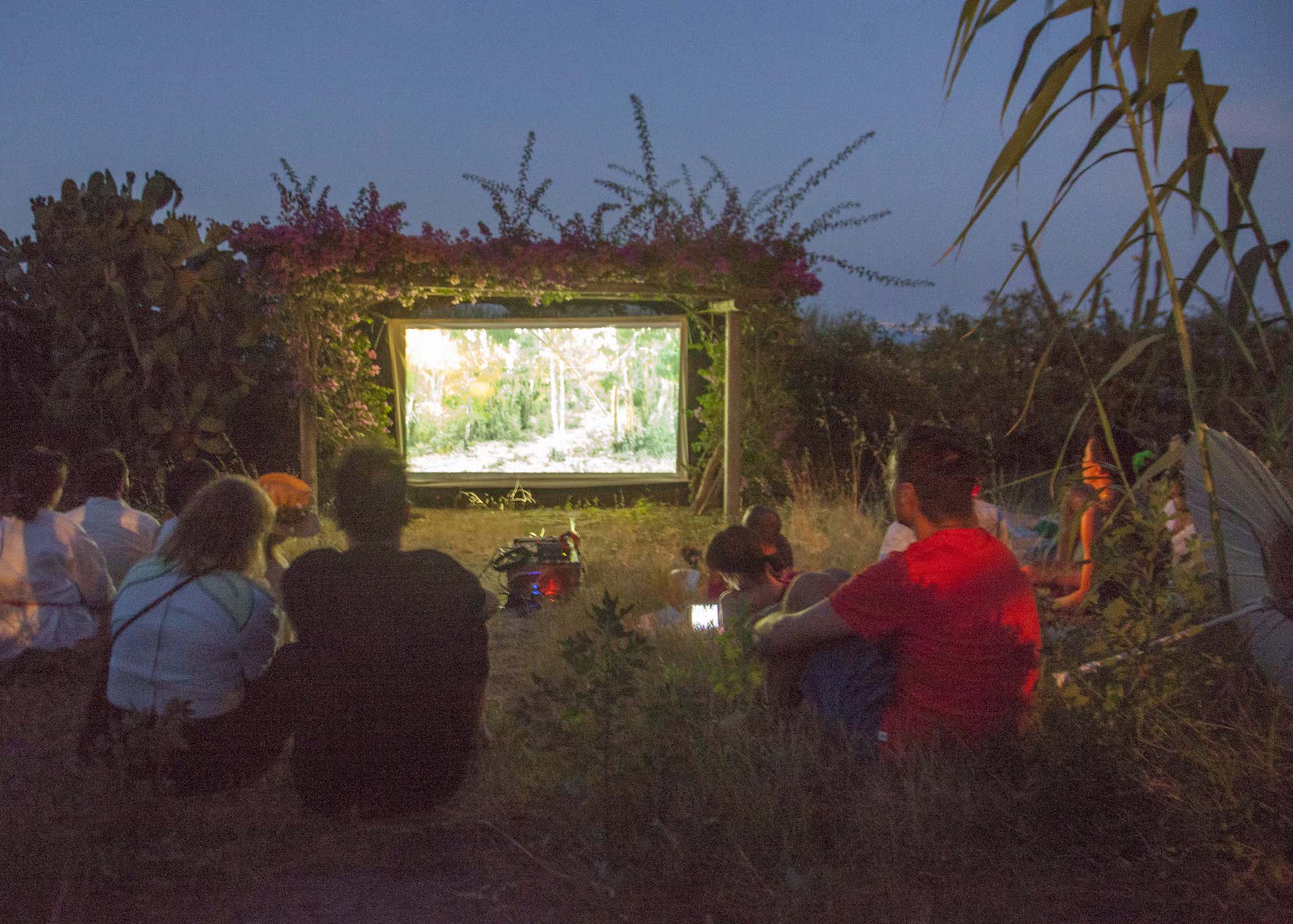 In the hopes that the volcano allowed for restful sleep at its feet, we met quite early in the day, exchanging the pale white rays of the moon for the sparkling rays of the Strombolian sun. We invited everyone to join us at  Casa Monte in the afternoon or whenever they felt, for an on going picnic with creations from our chef Jonas Palekas. Ready to appear in full light and dressed as Divorce Me, Darling!, we strolled, played together and experienced the participant’s interventions in the wild garden. Our senses were indulged, time moved slowly. 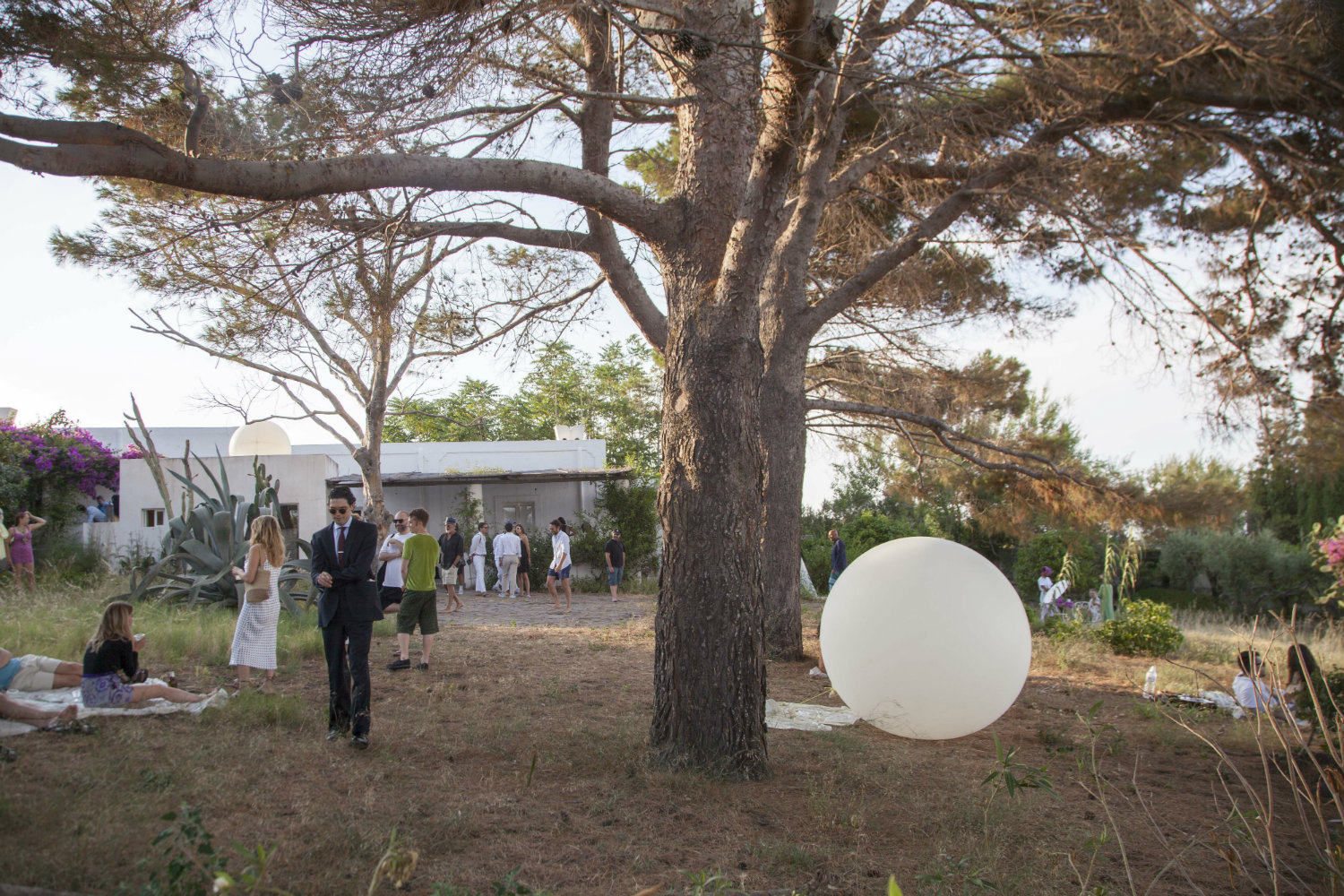 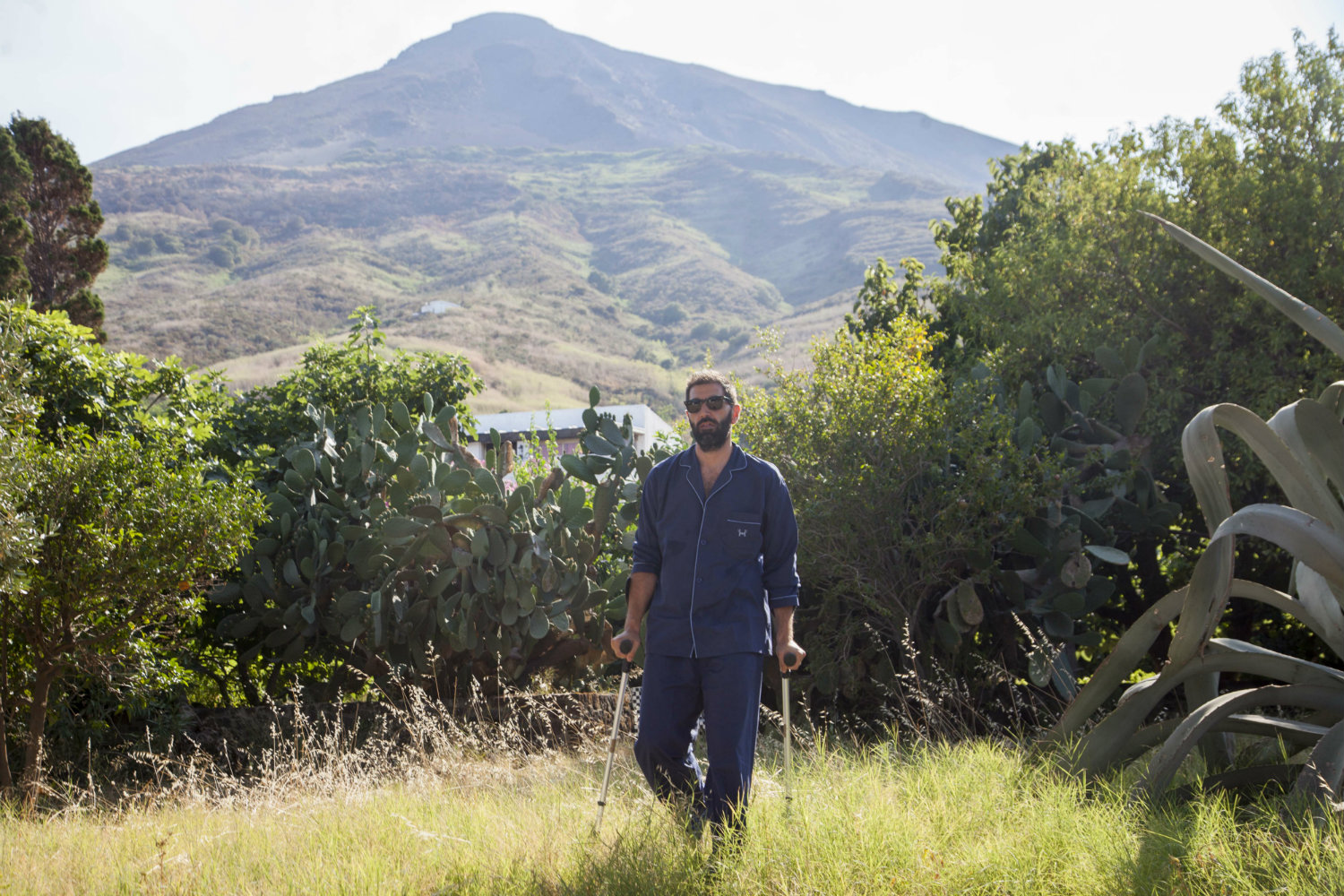 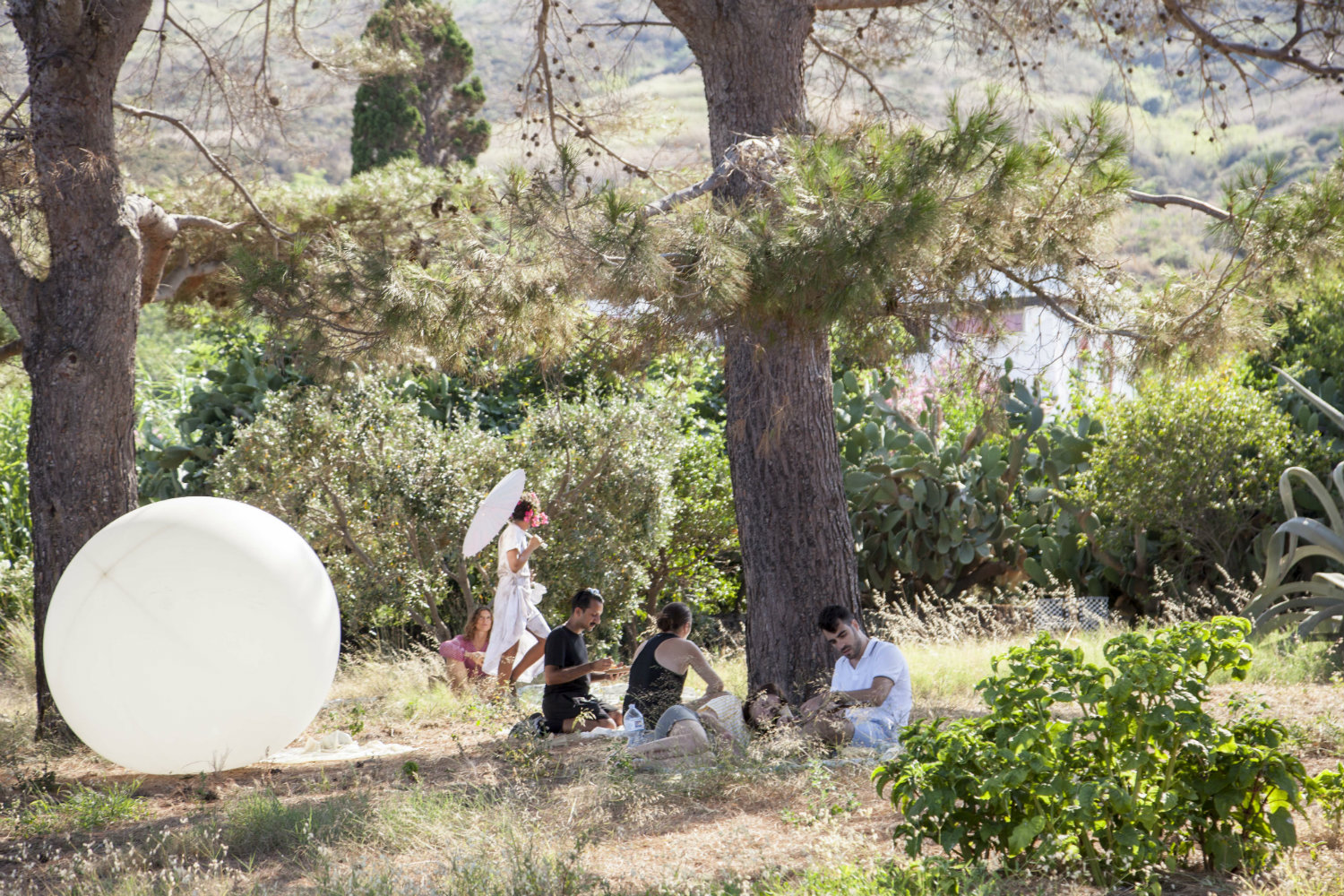 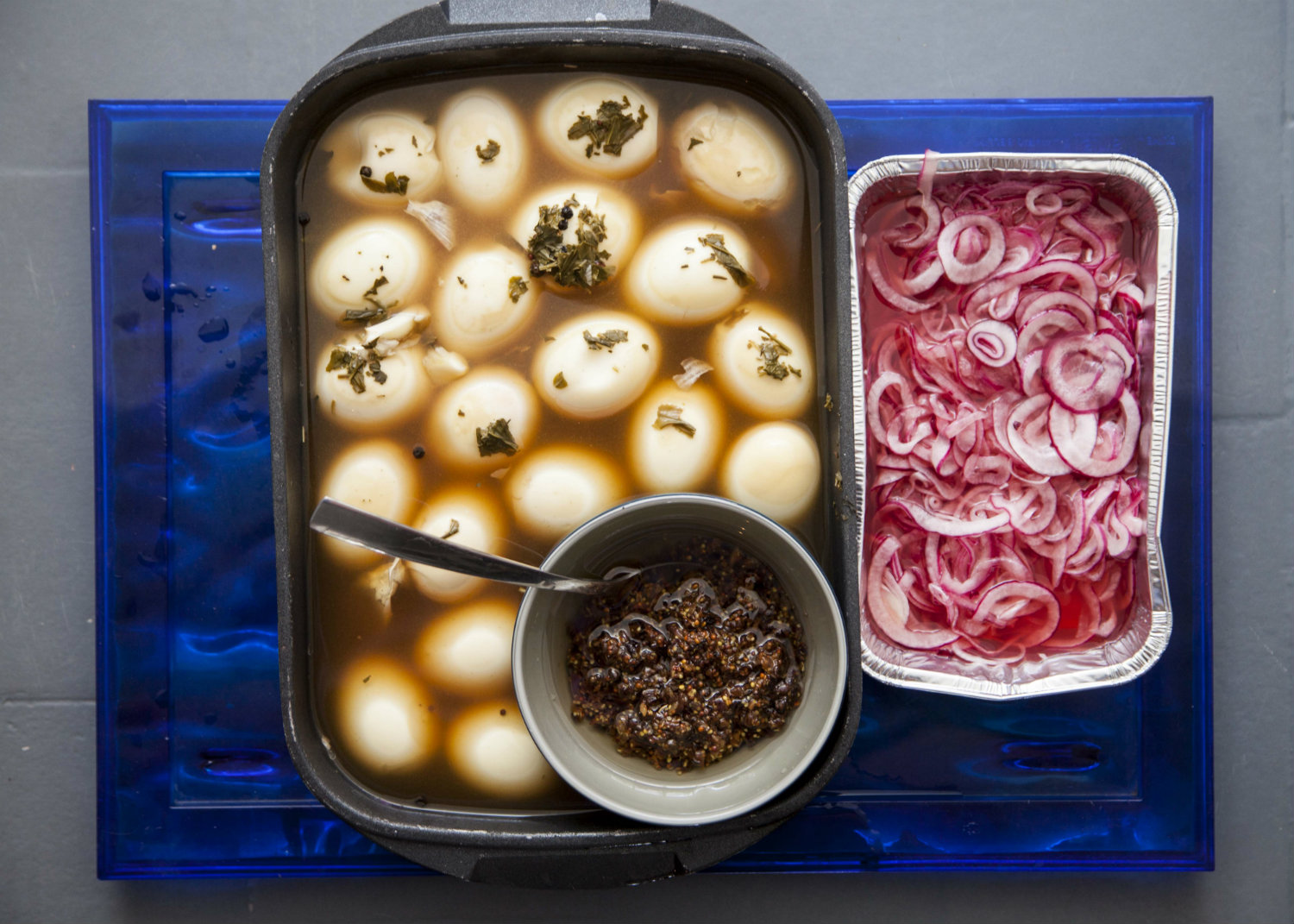 As it often happens in a bucolic context, there were whispers, promises, laughter and perhaps, but not for certain, there was also seduction that continued in the darker paths. After walking past Agnieszka Brzeżańska’s woven straw gates, as if stepping into a parallel universe, our visitors were surprised by unexpected intimacies and were pampered by Julie Béna’s presence. 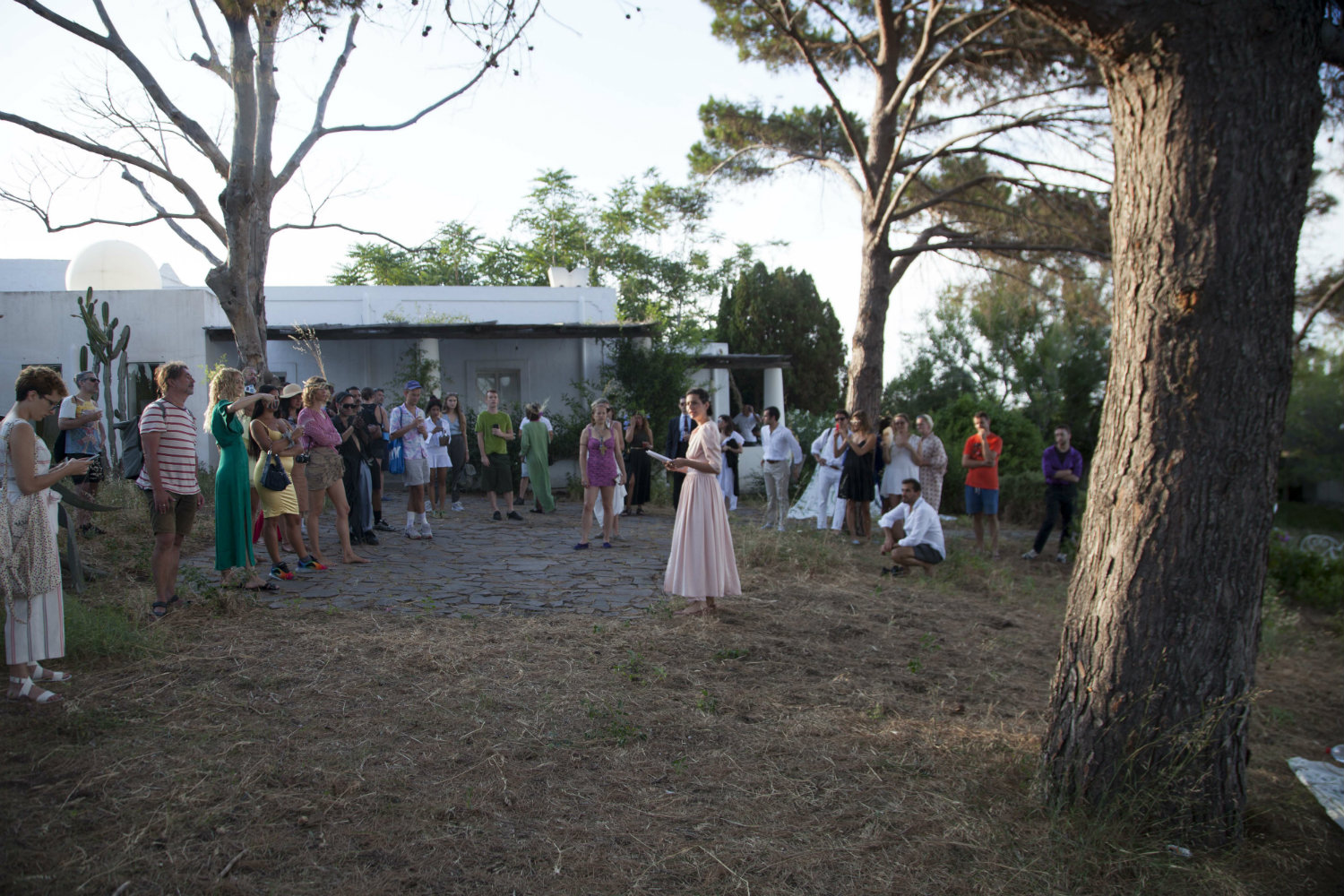 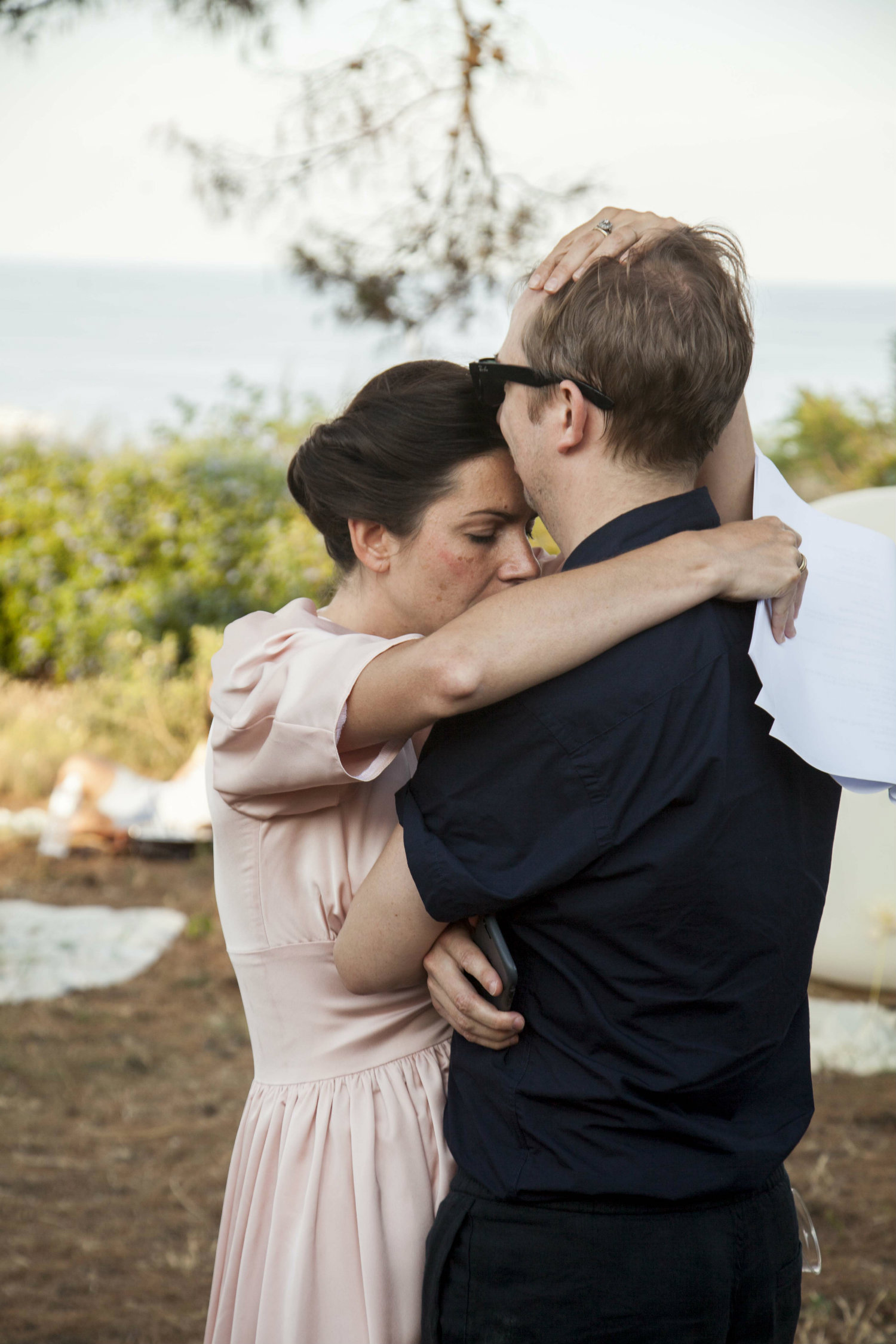 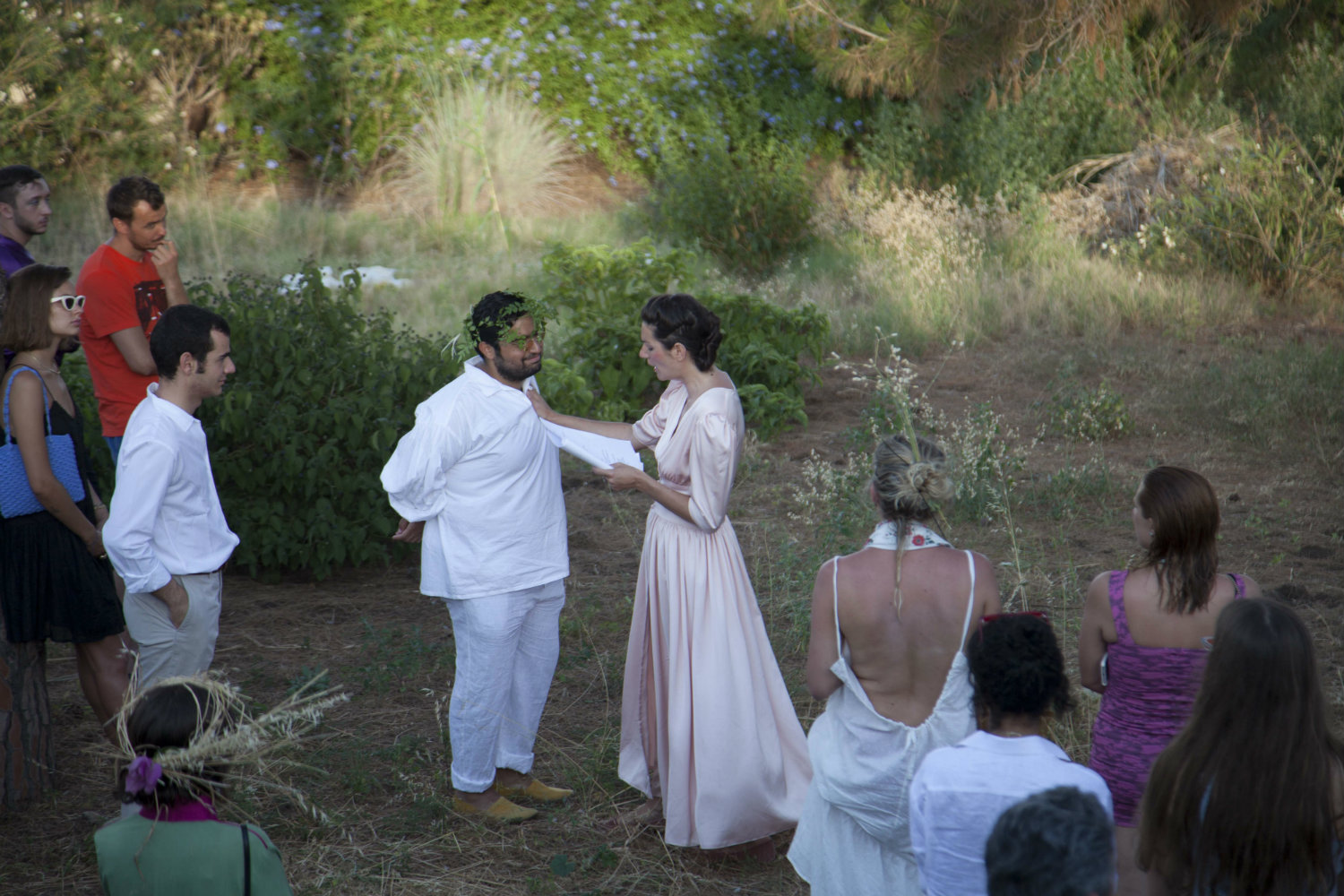 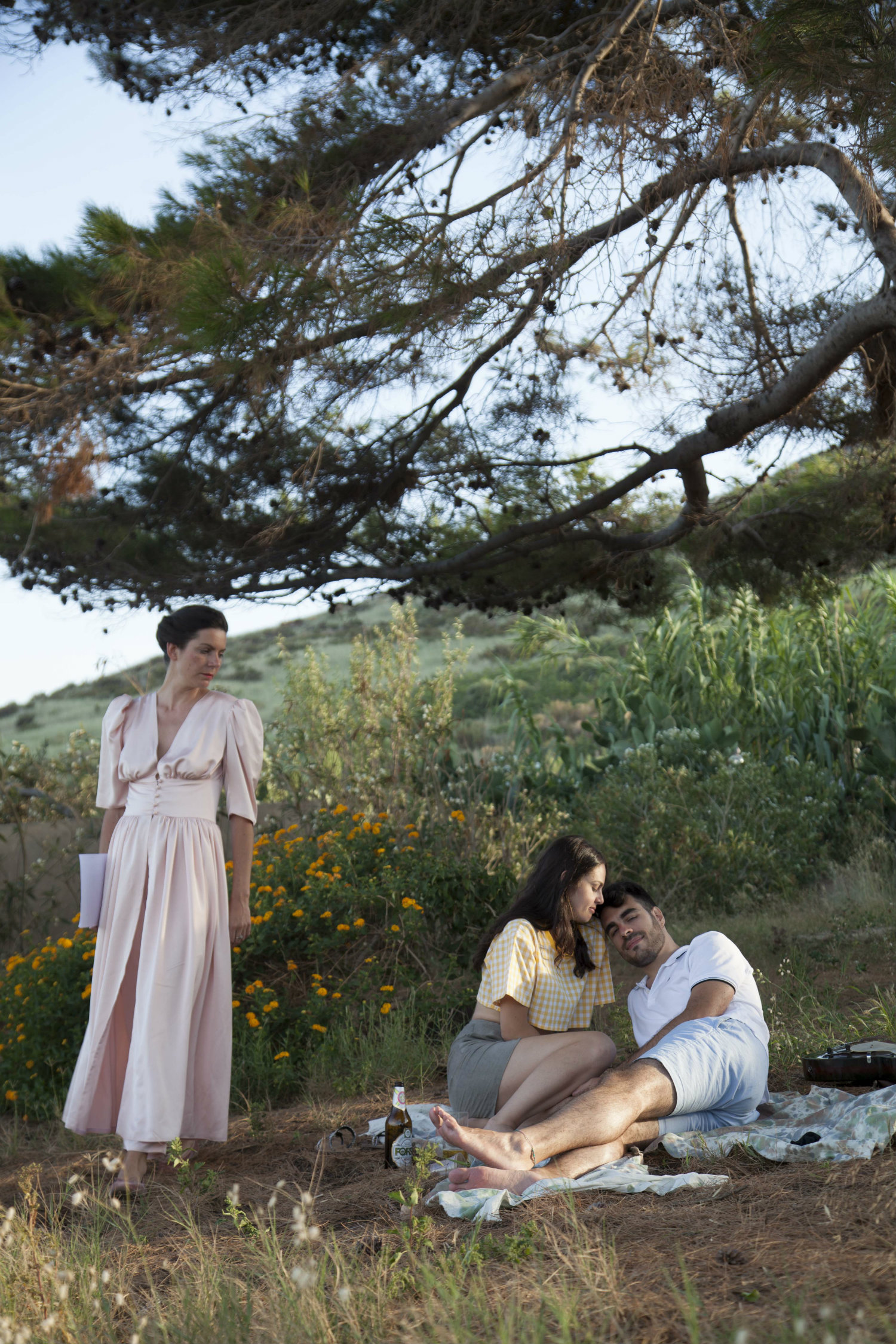 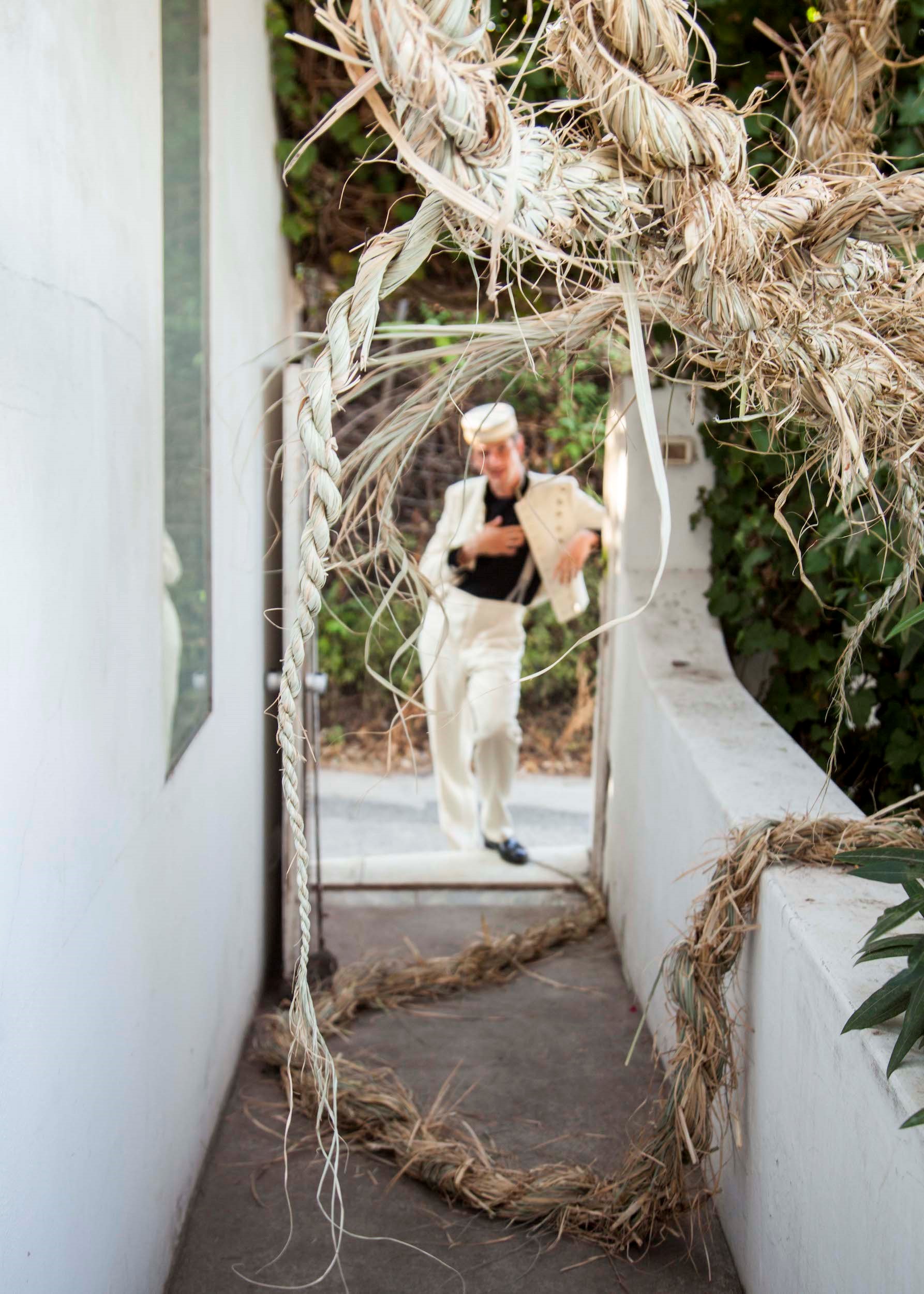 As Albert Serra offered his scandalous synergies we asked, nay, demanded, that all were to remain receptive as there were surprises frolicking amidst the plants in the garden. 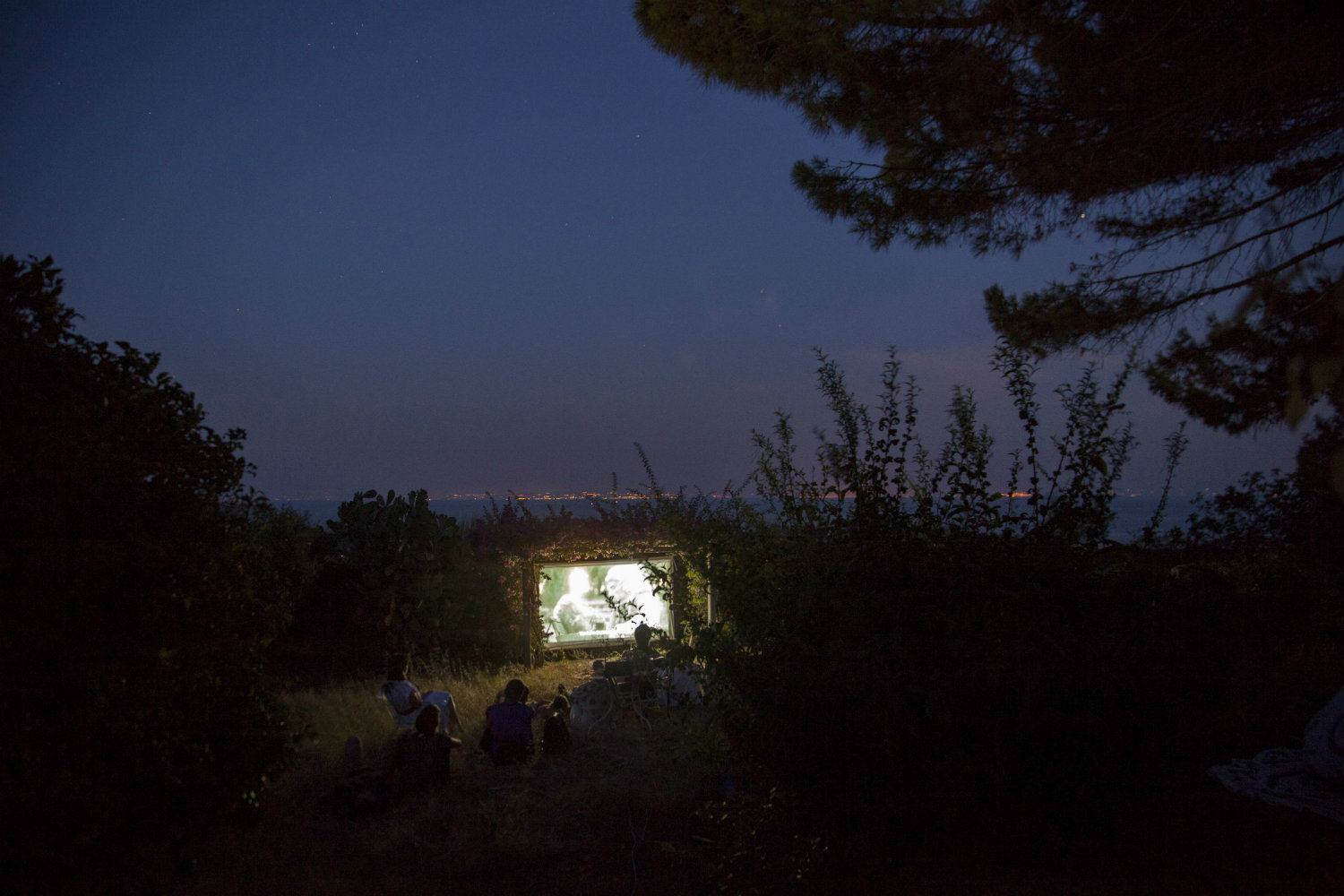 Anthea Hamilton’s performer Eve Stainton enchanted us a step closer to the sky as she looked down on the crowd, we got mesmerised by Prem Sahib‘s obsidian mirror, while Maria Loboda continued to disseminate intriguing references and insinuating evidence. Alec Curtis, a regular adventure companion of the festival, who joined us for the first time in 2014, serenaded us with his melodic sounds around the garden.  Inside, elements and interventions provided moments of reflection a way from the beaming sun. A dream machine, a flickering revolving light delivering a message from a sombre lover. Belladonna of Sadness, a 1973 film by Eiichi Yamamoto offering a moment of calm and serenity. In the kitchen right next door, our beloved Jonas was dishing up other wonderful creations for our visitors as Bloody Marys were being served, after all, this was The Ultimate Orgy! 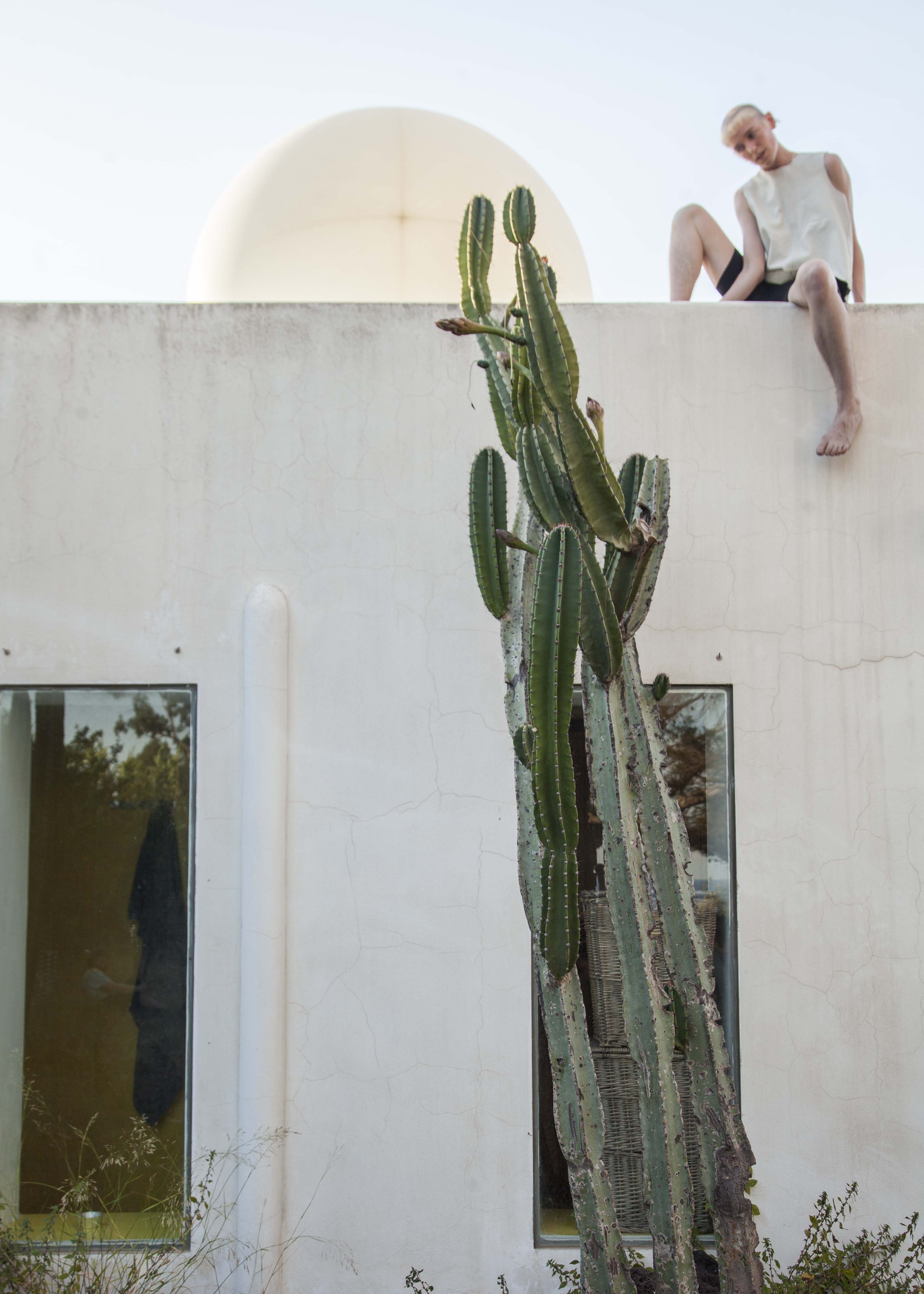 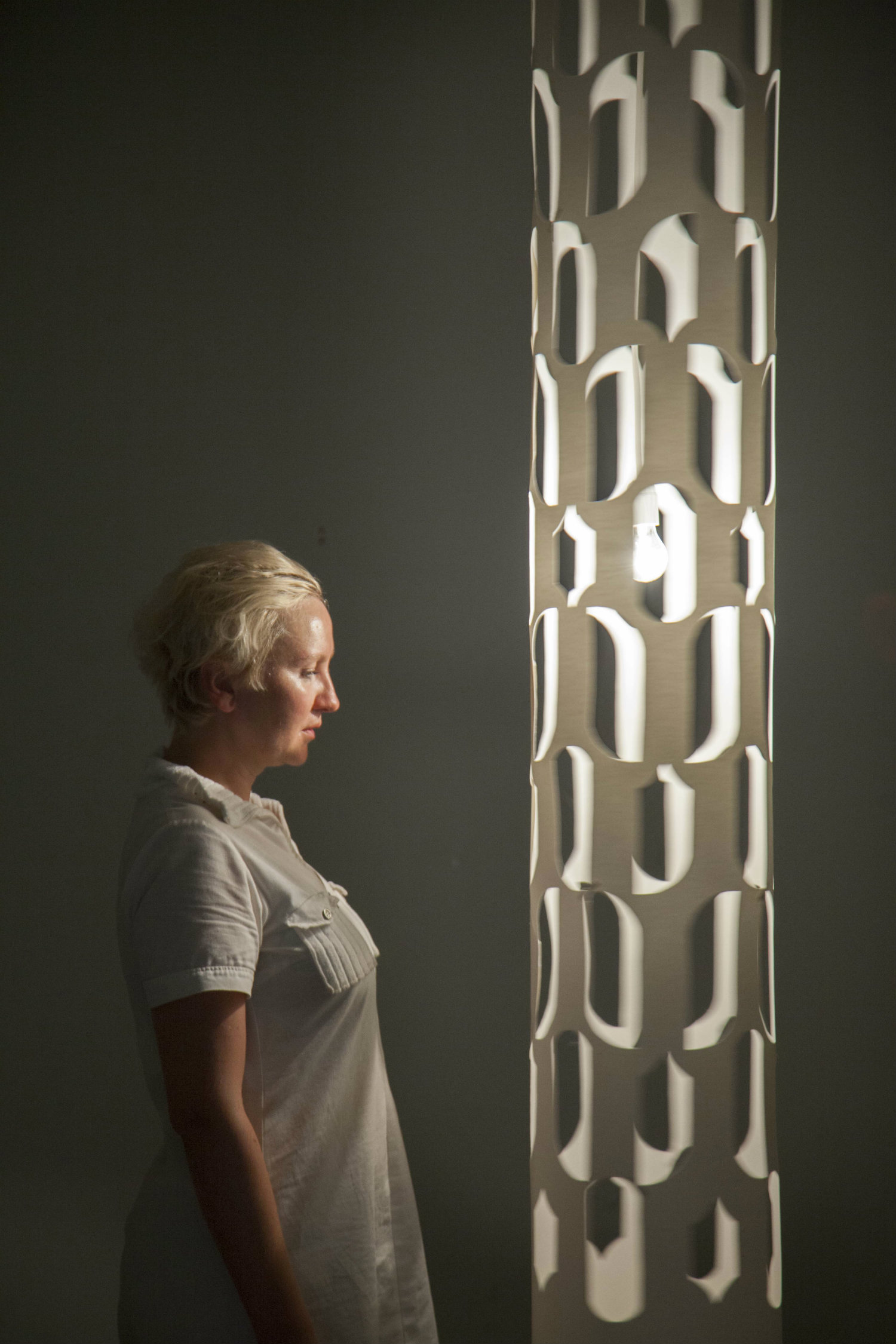 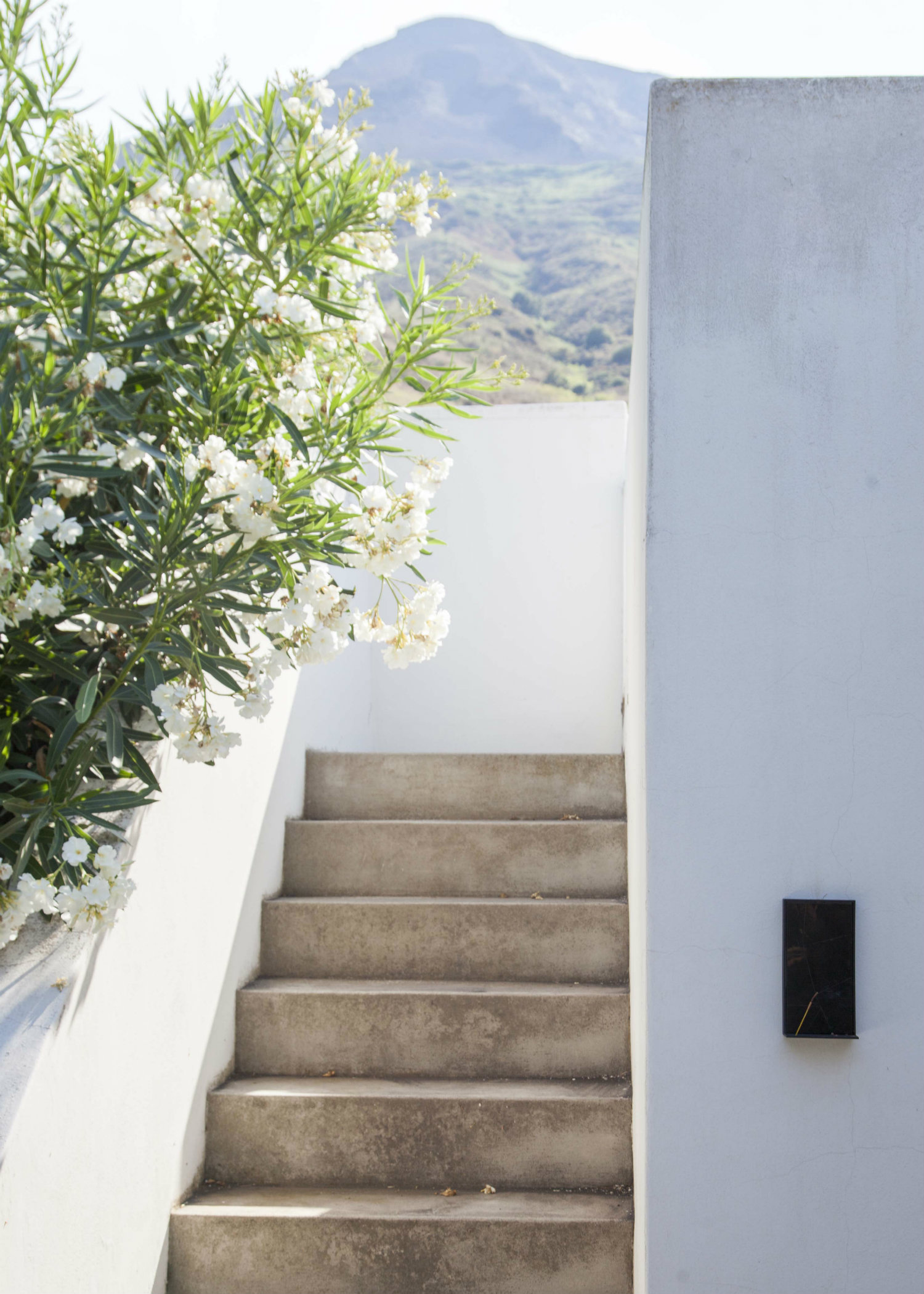 For any unresolved questions our philosopher Federico Campagna was available for one-to-one sessions while our stylist in residence  Giulio Ceruti helped a few select their best option for the next day’s dress code Sodom and Gomorrah. It wasn’t all doom and gloom however, flower crowns were being graciously composed and placed on willing heads. More omnipresences appeared. Two lovers arrived in the garden, whispering sweet nothings in their ears while they lay in the garden. They had only eyes for each other. Noticed no one else. A man, dressed in an expensive suit paced up and down the garden, in and out of the rooms frantically and somewhat aggressively trying to get phone reception. It was a very important phone call, he said. 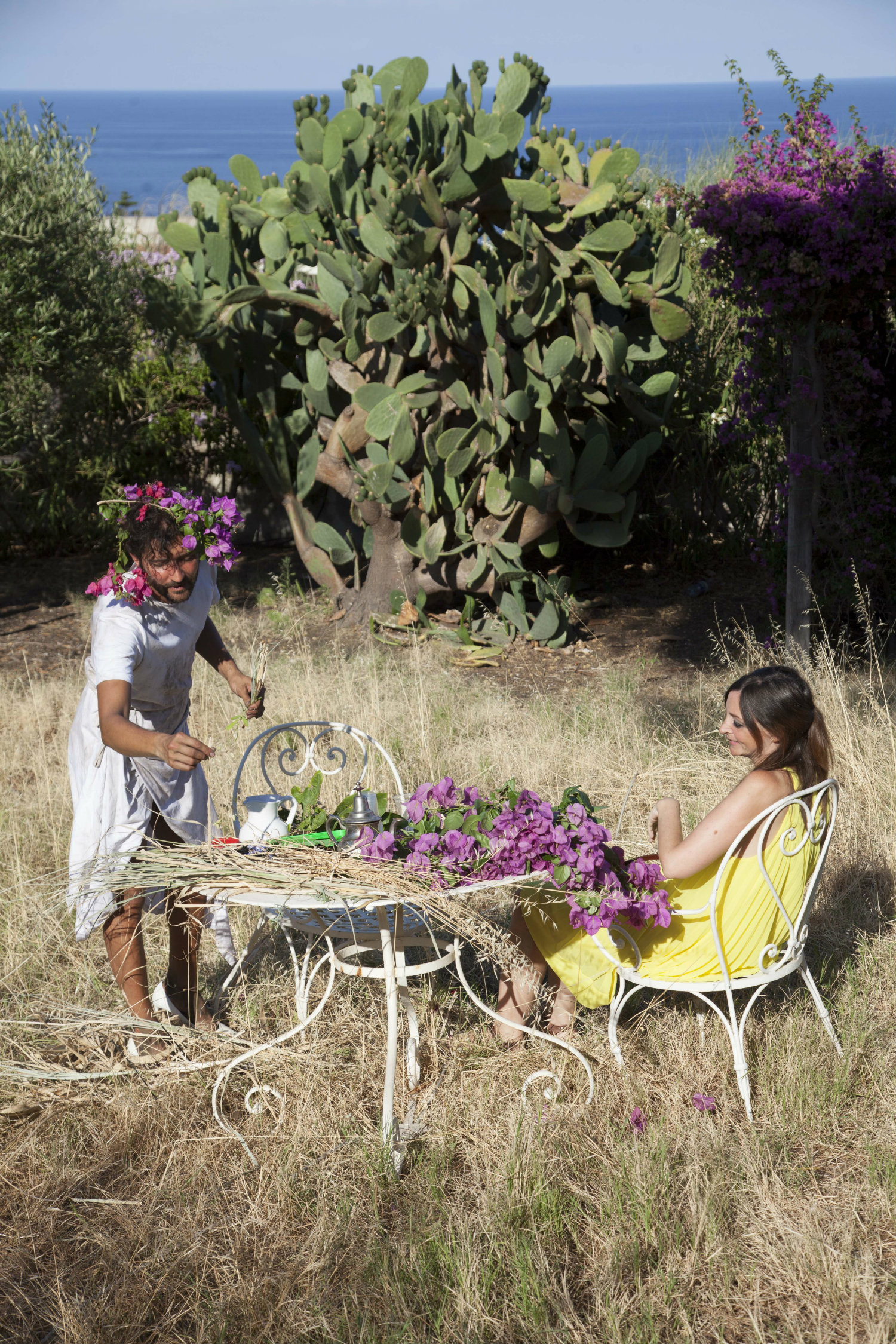 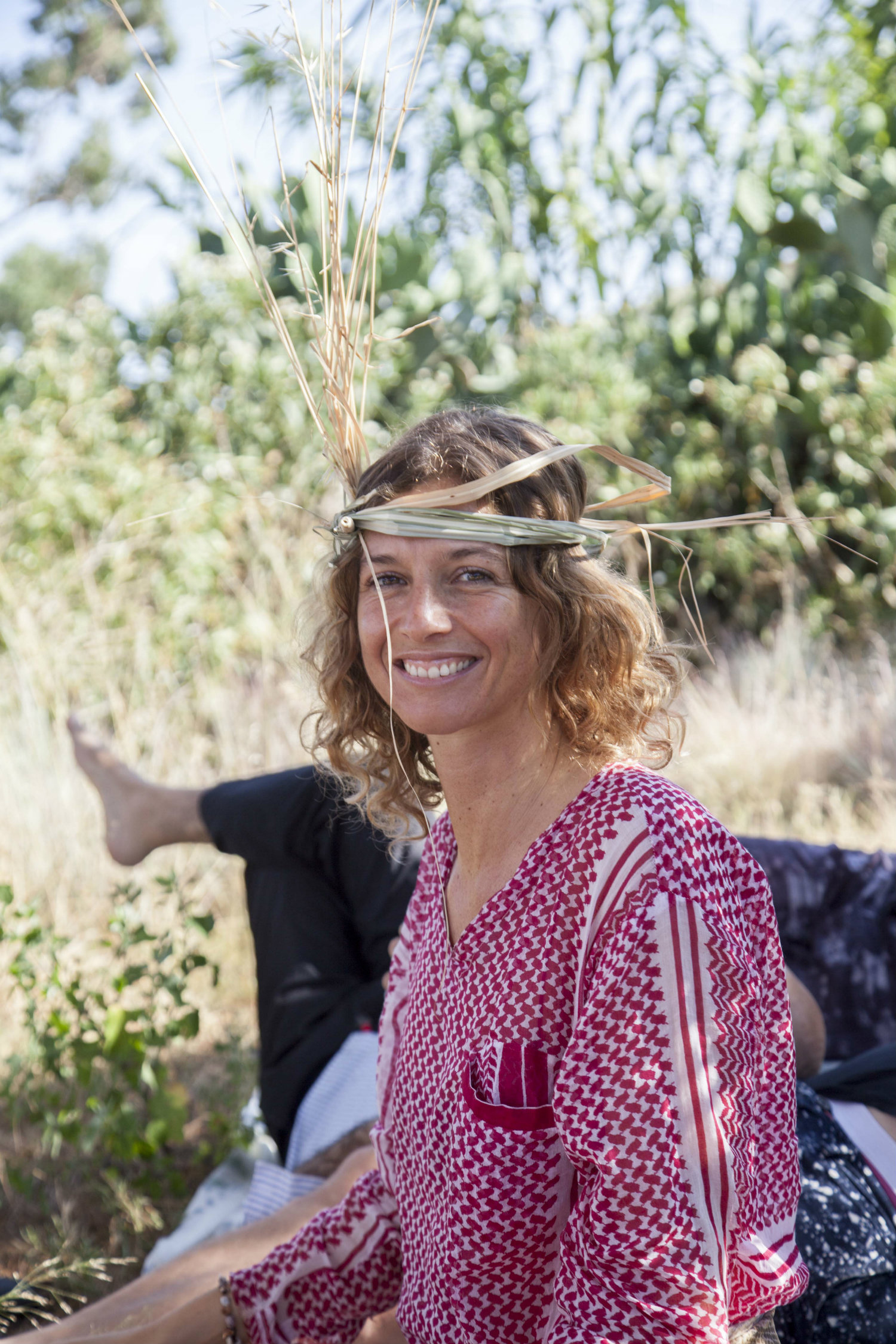 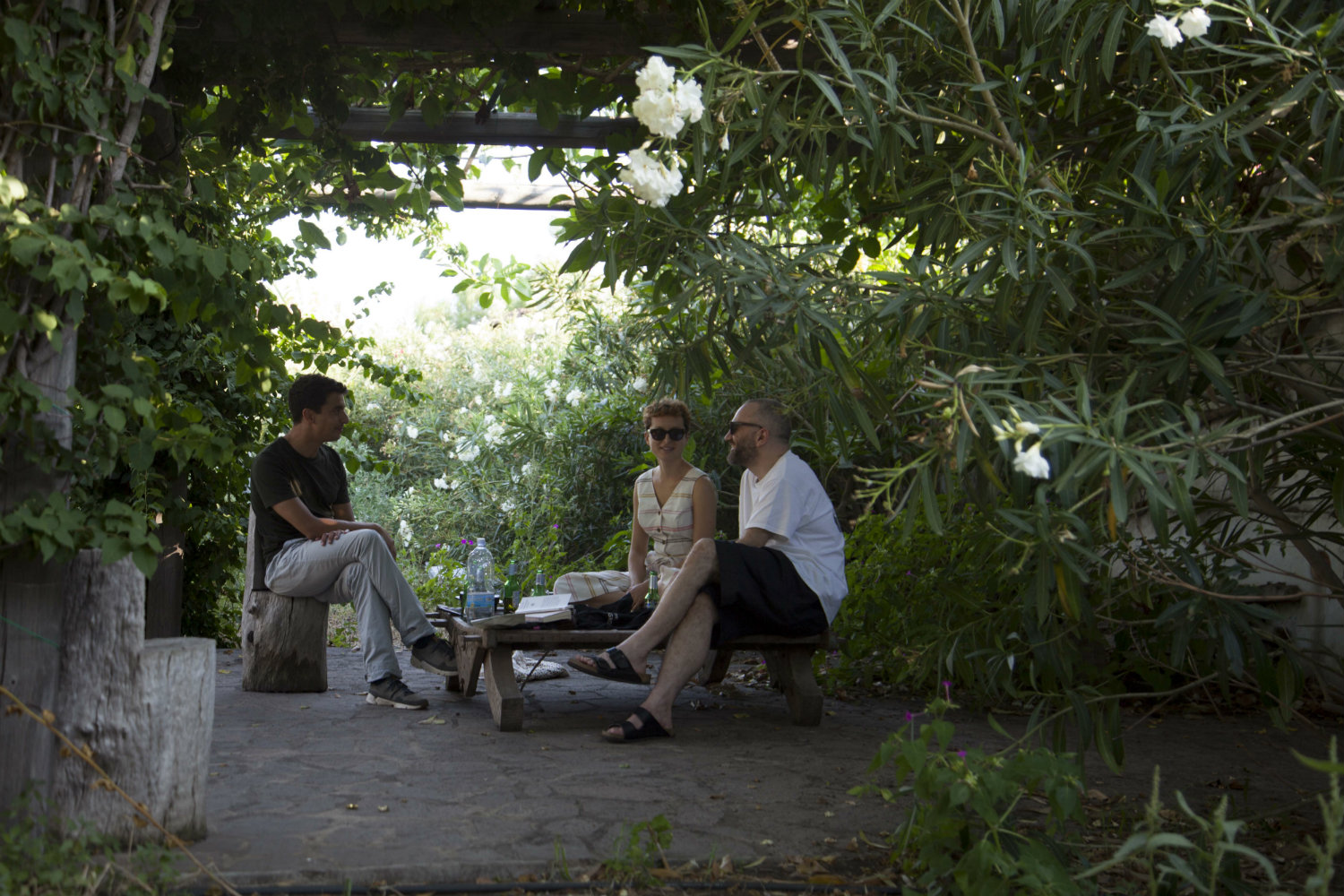 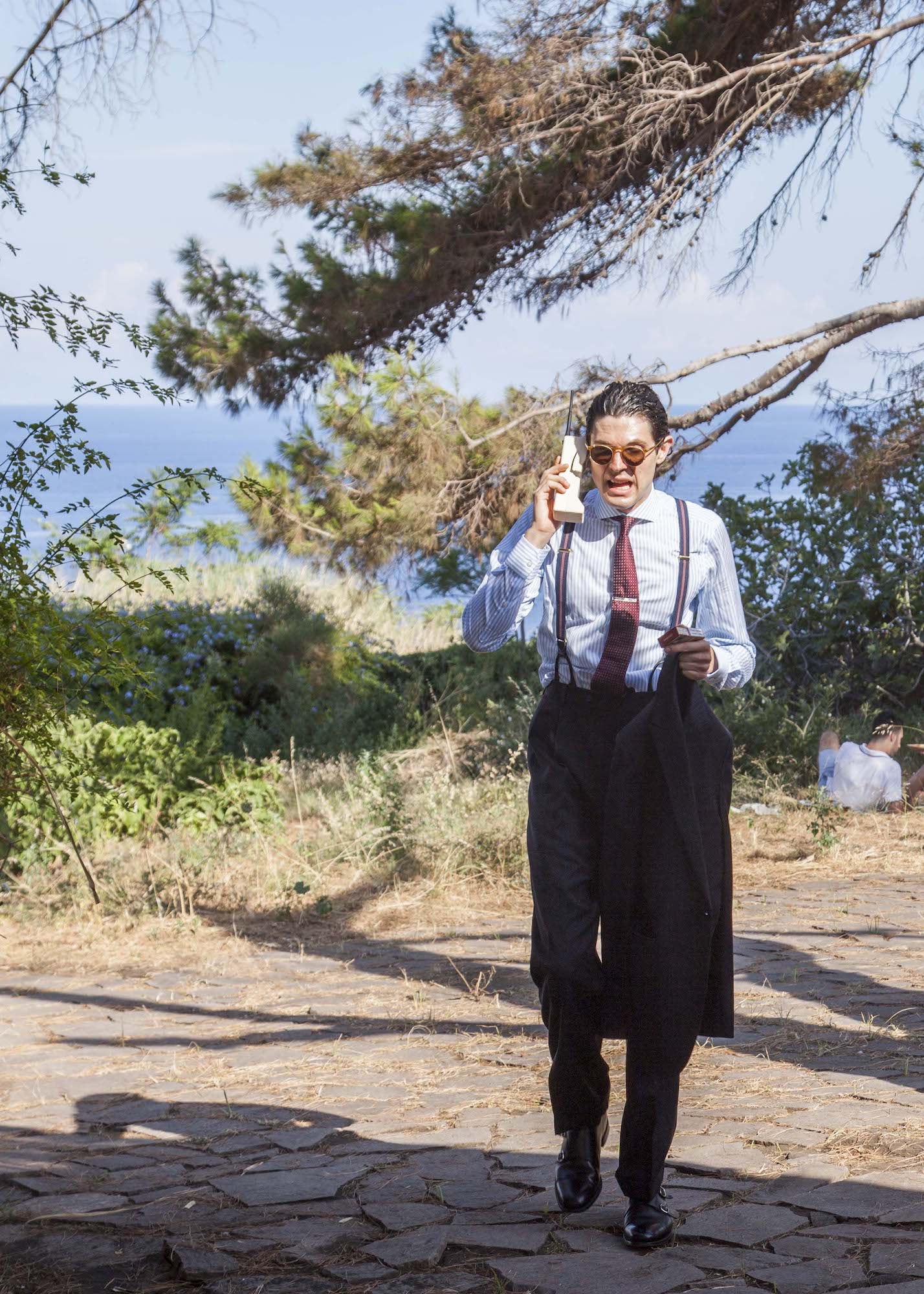 Visitors came and went, some left, many returned as we welcomed them eternally, repeatedly till the sun set. As per tradition, backstage and stage collided. Bodies are our instruments. They should always be well tuned. 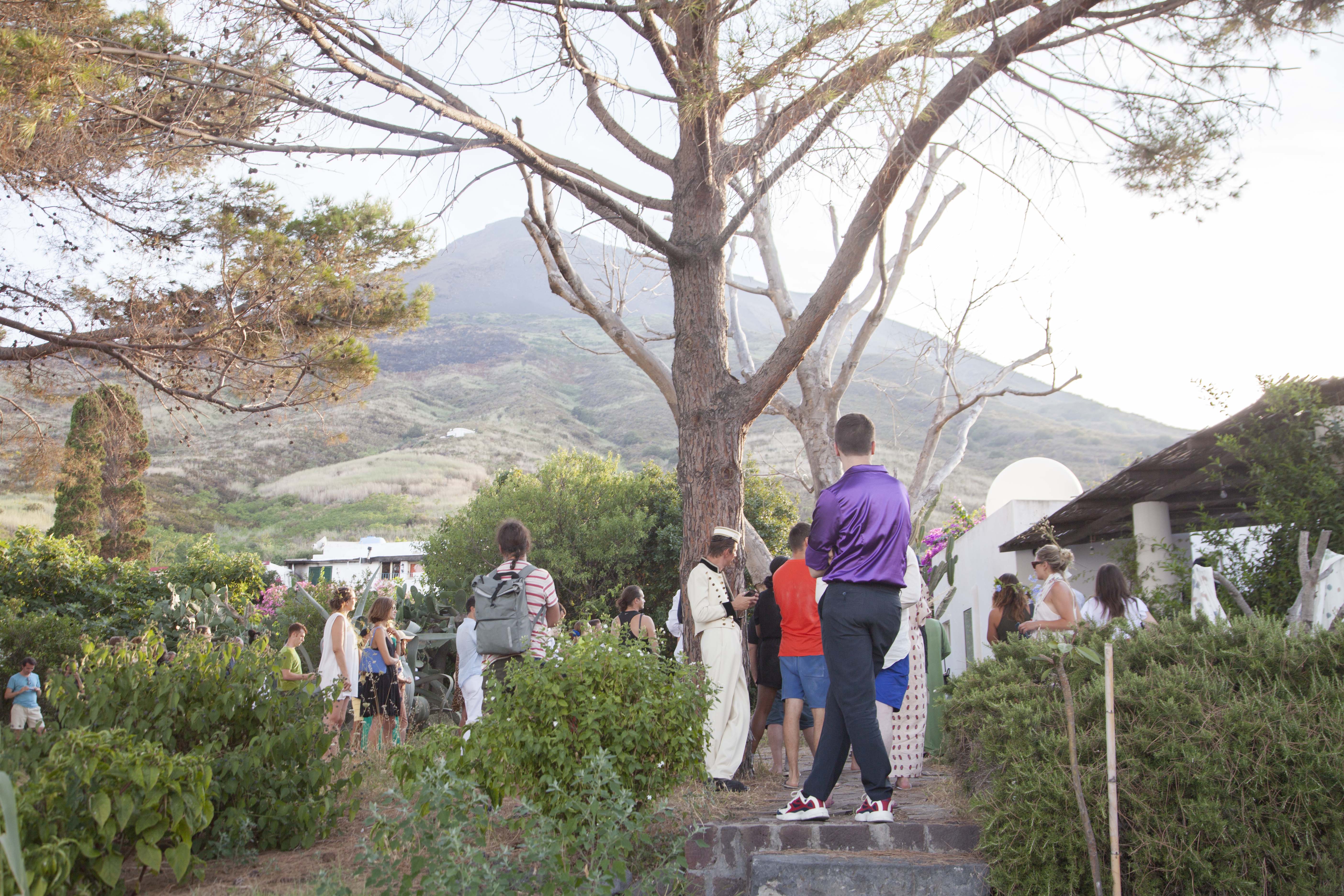