at the Serpentine Pavilion designed by Smiljan Radic 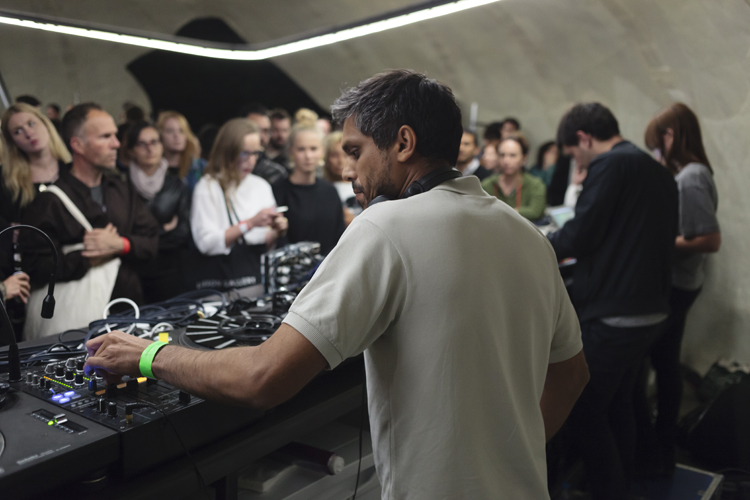 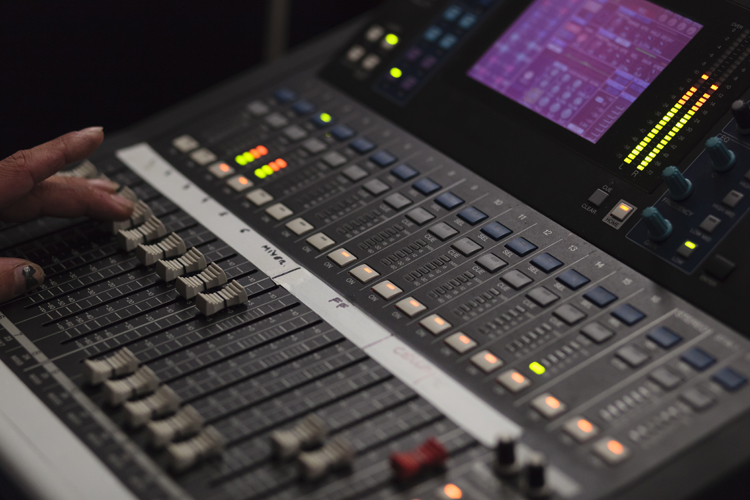 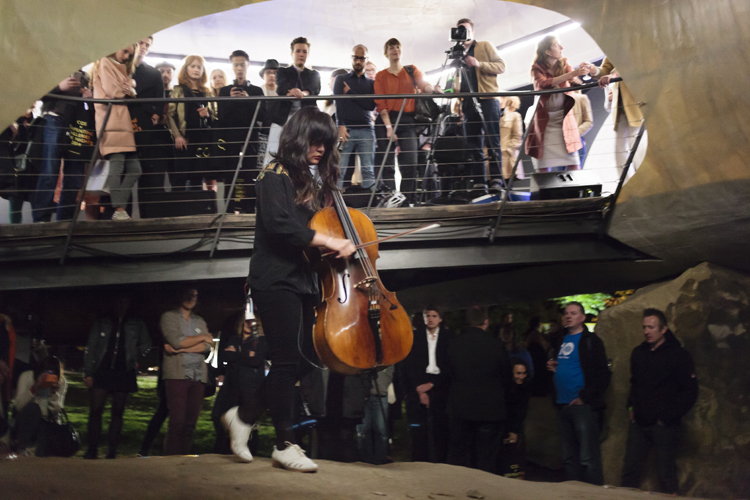 The Serpentine Galleries in collaboration with Fiorucci Art Trust programmed a performance on the occasion of the Trust’s festival Forget Amnesia in Stromboli, Italy.

Artists Haroon Mirza, Mark Fell, Okkyung Lee came together for an evening of light and sound synthesis, affecting the Pavilion’s acoustic and spatial environment, with a surprise appearance by Factory Floor. This Park Nights performance, titled Forget Amnesia, echoed the name of the ten-day festival held by Fiorucci Art Trust in Stromboli from July 21 to 30 this year. The Fiorucci Art Trust’s yearly Volcano Extravaganza festival in Stromboli invites an artist to curate performances, happenings, exhibitions and events in this dramatic island, shaded by an ever-active volcano. This year, the festival of music and performance was curated by artist Haroon Mirza with Milovan Farronato. 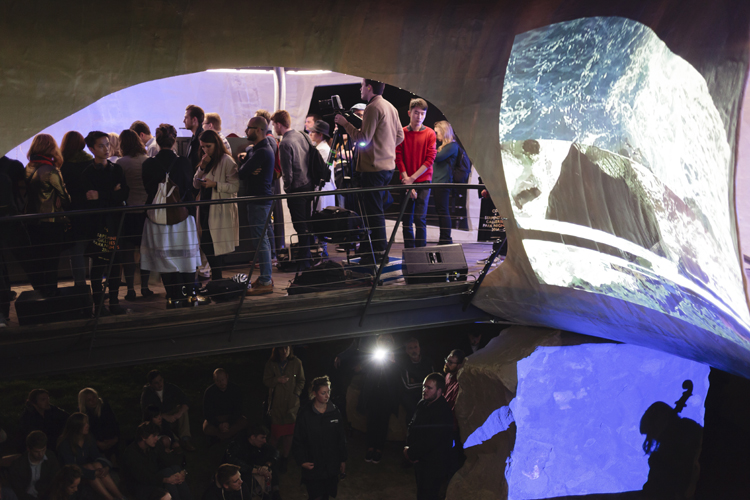 Factory Floor are a London-based band composed of Nik Void, Gabriel Gurnsey and Dominic Butler. In 2010 they collaborated with Stephen Morris from Joy Division/ New Order on Real Love, released by Optima Records. They have also collaborated with Chris Carter from Throbbing Gristle. Nik Void later released a critically acclaimed full length album with Cosey Fanni Tutti and Chris Carter under the name Carter Tutti Void in 2011.  In 2013 they set up in their live in studio in north London to self-record their first self-titled LP with New York label DFA Records. 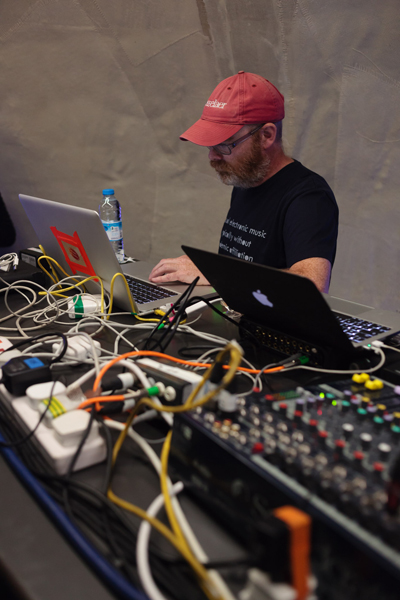 Mark Fell is a multidisciplinary artist based in Sheffield. Fell is widely known for combining popular music styles, such as electronica and techno, with more academic approaches to computer-based composition with a particular emphasis on algorithmic and mathematical systems. As well as recorded works, Fell produces installation pieces, often using multiple speaker systems. The diversity of Fell’s practice is reflected in the range of international institutions that present his work – from super-clubs such as Berghain (Berlin), to the Hong Kong National Film archive. Fell has received commissions from institutions including Thyssen-Bornemisza Art Contemporary. In addition to his creative practice Fell is a curator of experimental electronic music and has been involved in a number of academic research projects ranging from computer science to musicology. 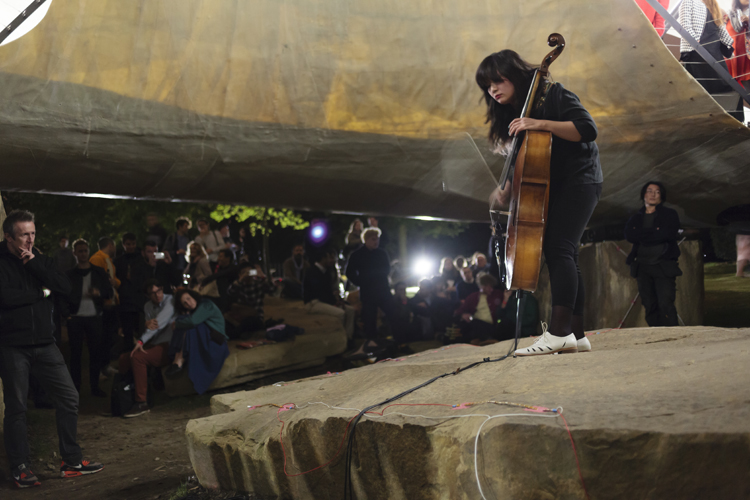 A native of Korea, Okkyung Lee has been developing her own voice in contemporary cello performance, improvisation and composition for more than a decade by blending her wide interests and influences. Since moving to New York in 2000, she has released more than 20 albums including a solo record, Ghil, on Editions Mego/Ideologic Organ, Noisy Love Songs (for George Dyer) on Tzadik and toured extensively in the United States and Europe. Okkyung’s versatility has led her to collaborate with numerous artists such as Laurie Anderson, David Behrman, Douglas Gordon, Vijay Iyer, Christian Marclay, Thurston Moore, Ikue Mori, Marina Rosenfeld, Jim O’Rourke, Evan Parker and John Zorn among others. In 2010, she was the recipient of Foundation For Contemporary Arts Grant in Music/Sound. 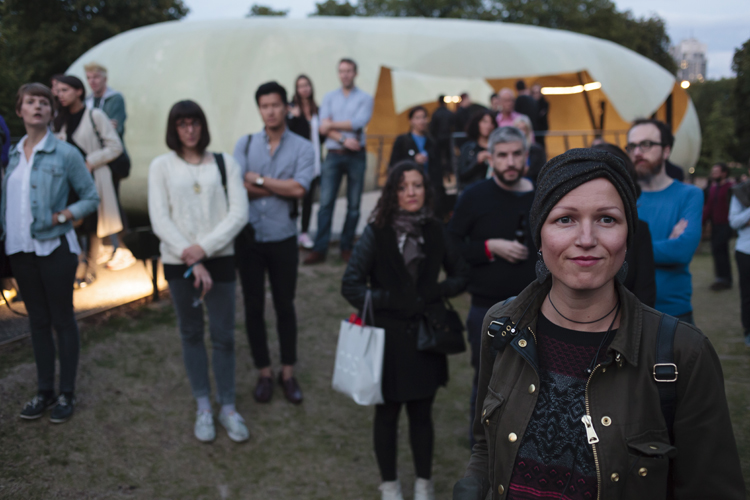 Haroon Mirza (born 1977, London) is a British artist. Mirza combines a variety of readymade and time-based material to create audio compositions, which are often realised as site-specific installations. In doing so, Mirza complicates the distinctions between noise, sound and music, and alters the function and meaning of everyday objects and socio-cultural constructs. Recent exhibitions include Art or Sound, Prada Foundation, Italy and the solo shows Random Access Recall at Le Grande Café, Centre d’Art Contemporain, France, Are Jee Be? at the Irish Museum of Modern Art and The Light Hours at Le Corbusier’s Villa Savoye, France. In May 2014, Mirza is performed a new work in collaboration with composer Shiva and the London Sinfonietta orchestra as part of the Blue Touch Paper programme. 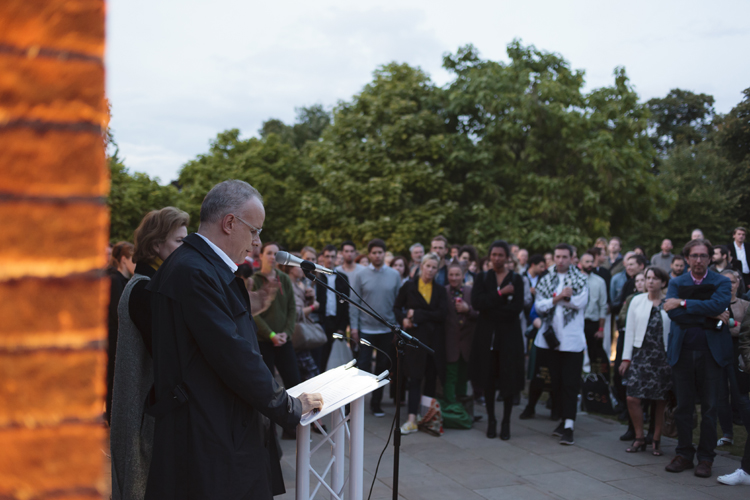 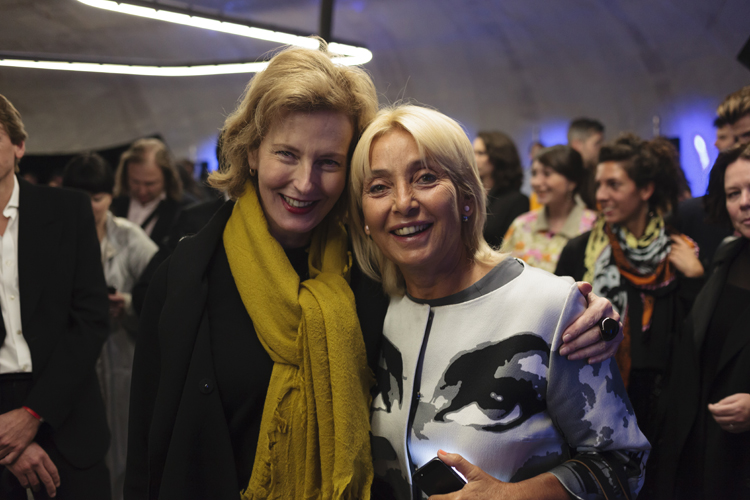 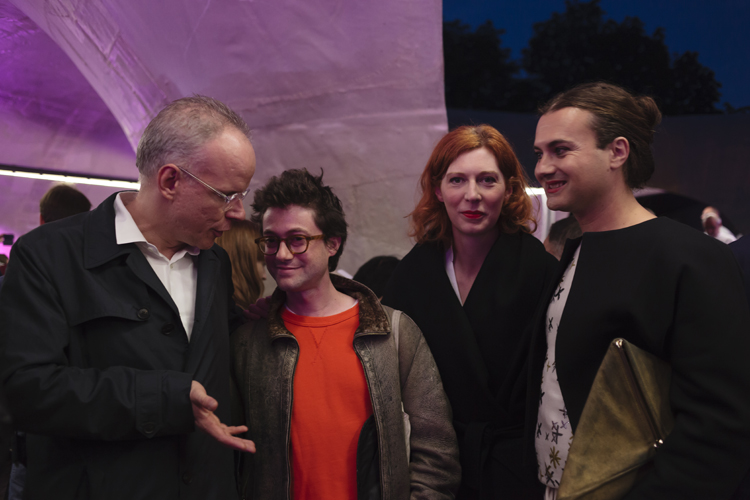