Links
Nick Mauss, By, With, To & From 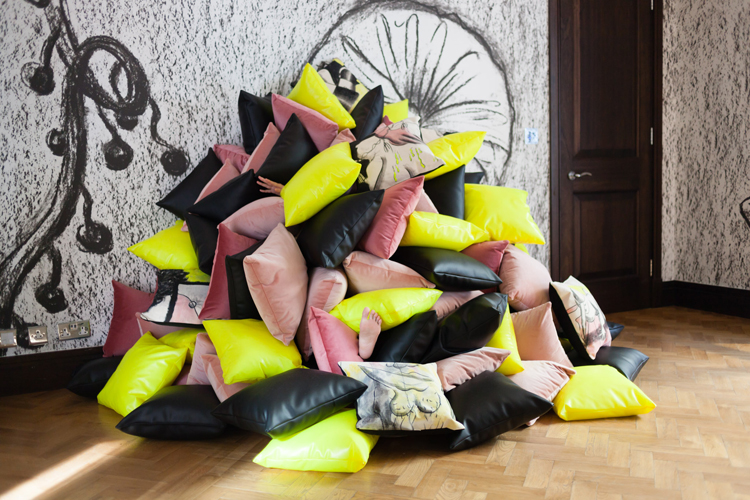 Fiorucci Art Trust presents Lost in Lust, a new installation created by Italian London-based artist Patrizio Di Massimo. This is the second large-scale work commissioned by the Trust for its London headquarters. The work is but one of the elements included in the domestic assemblage curated by the artist himself created by a combination of past and newly commissioned work, along with design furniture pieces selected for this occasion. Third of its kind at the Trust, the artist curated room fills the domestic space as Jean- Cocteau by Marc Camille Chaimowicz in 2013 and By, With, To & From by Nick Mauss earlier this year. 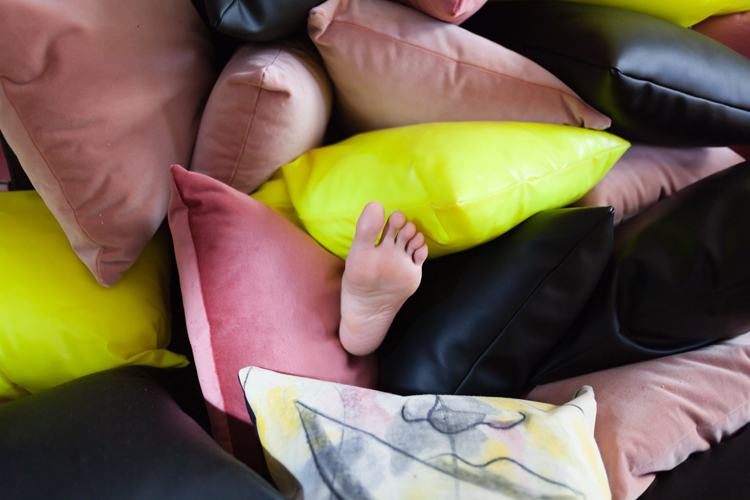 Created specifically for the domestic environment of 10 Sloane Avenue, a pile of monochrome cushions in black faux leather, yellow latex and pink velvet rests in the middle of the living room mixed with a number of decorated ones. The painted cushions, carefully placed amidst the others, depict dream-like fragmented body parts and provocative scenes, scattered and visible to the viewer – acting not only as décor but as teasers of a sensuality present in the room. Third performing sculpture conceived by the artist, Lost in Lust is the first to include painting. 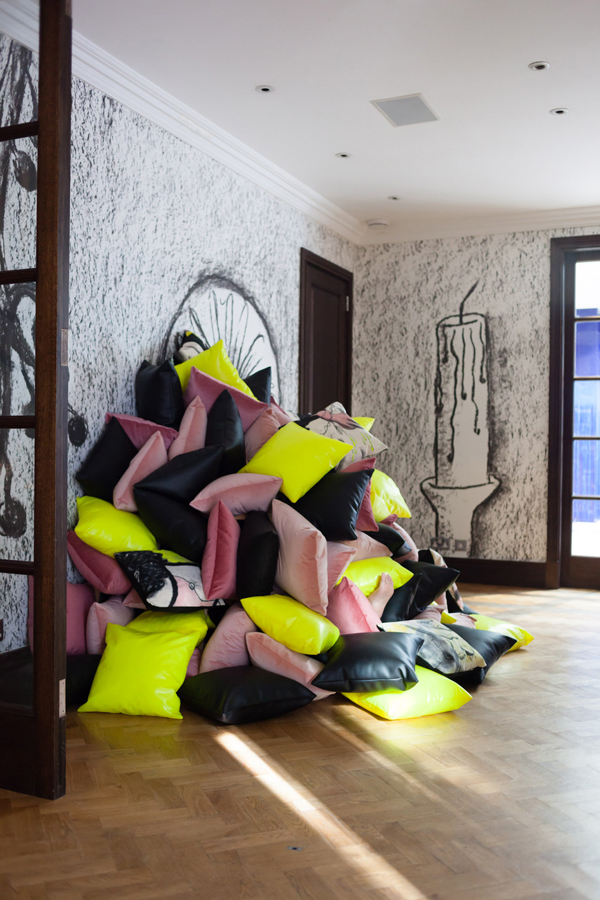 A continuation of an ongoing project started in 2012, the new installation sits amongst a number of elements, some of them originally conceived for The Lustful Turk, Di Massimo’s first UK solo show at Gasworks (2013). The black and white wallpaper presents magnified details typical of a boudoir and its furnishings – vain desires suggest eroticism. Across the walls are clouds, a giant candle, tassels, a tuft round pillow, all accompanied by framed drawings evocative of sensual elements along with concealed and, sometimes revealed intercourses and liaisons. With the contribution of the printed wallpaper and suggestive drawings, Lost in Lust transforms the interior of Sloane Avenue and imbues the environment with a domesticity belonging to a sensuous yet quirky fable. Di Massimo’s pieces, in fact, are inspired by a Pre-Victorian British erotic epistolary novel titled The Lustful Turk, first published in 1828 about a young English girl who is abducted by the dey of Algiers, traumatic event that then leads to her sexual awakening. 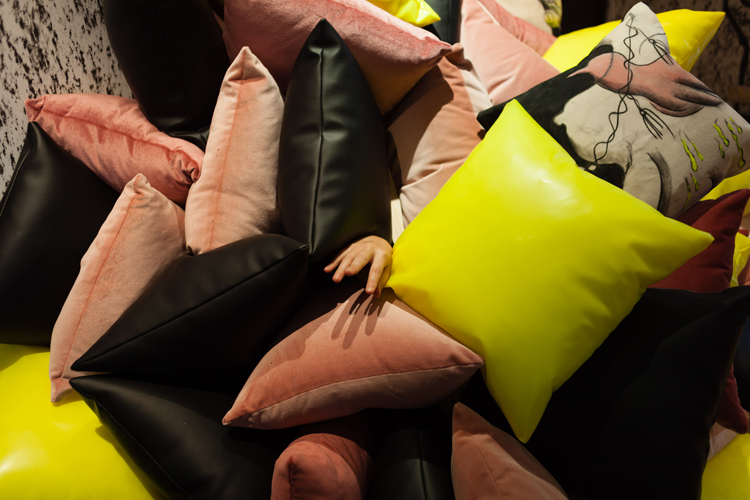 Imposing its presence and place in the room, the mountain of cushions hides a performative aspect; underneath them are an undefined number of bodies, of which we can occasionally see sometimes hands, sometimes feet, suggestive of an orgiastic yet repressed situation. 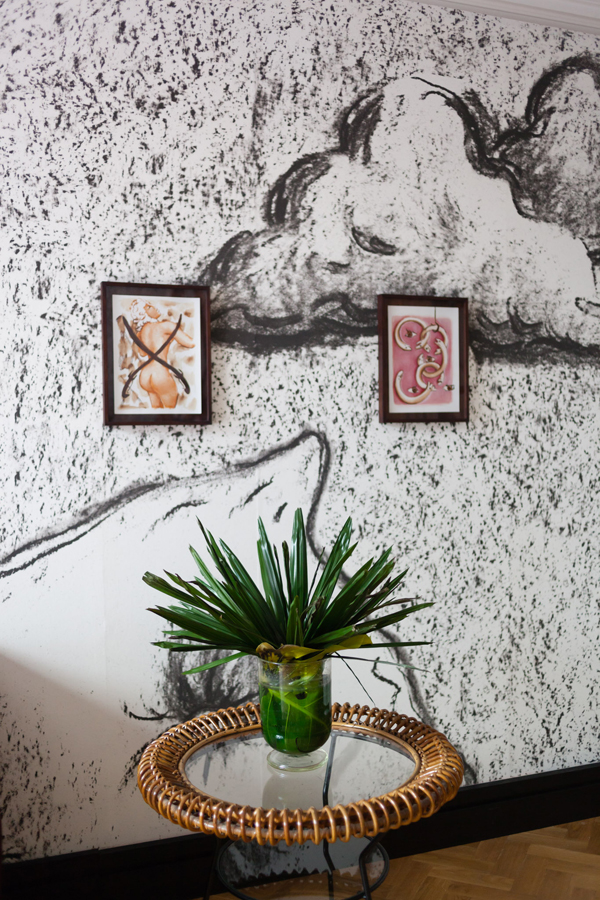 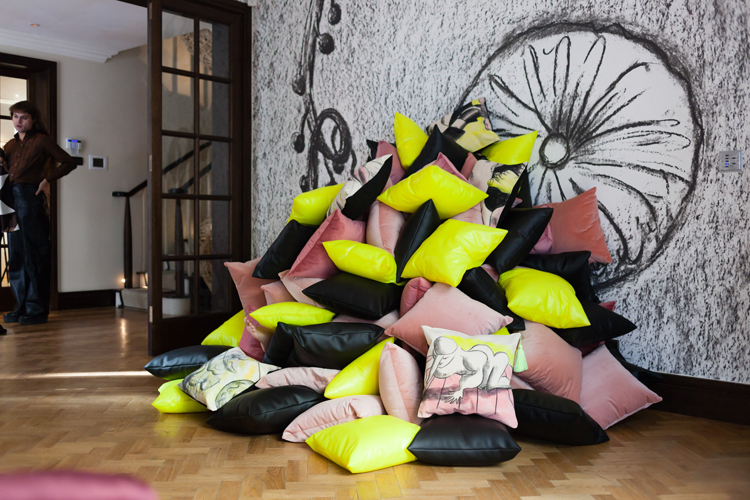 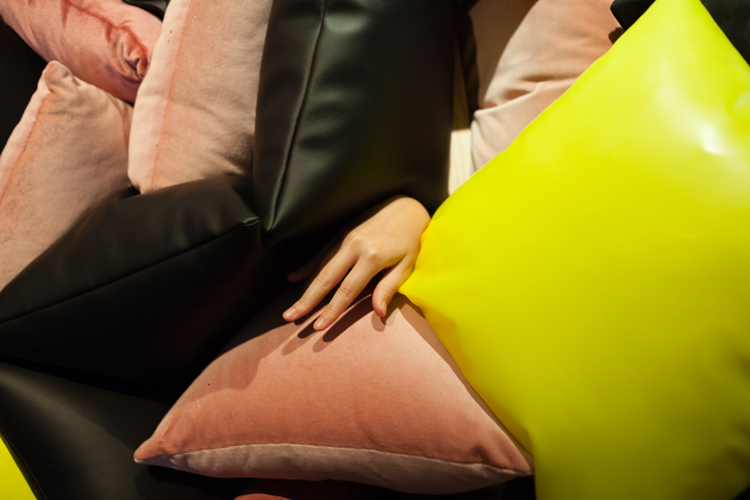 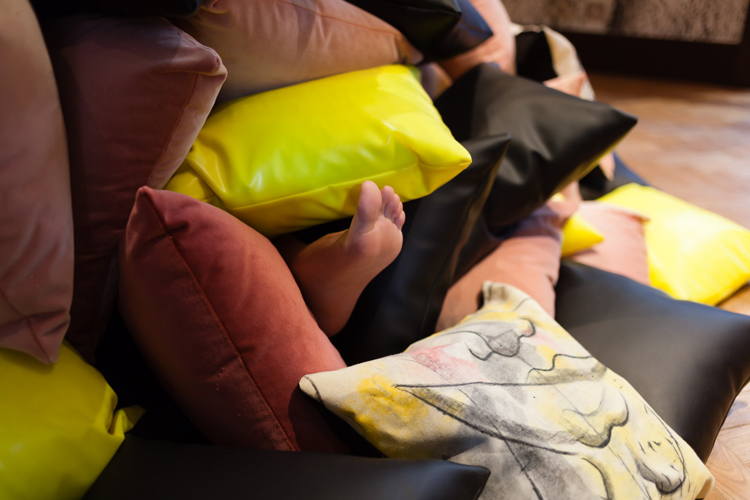 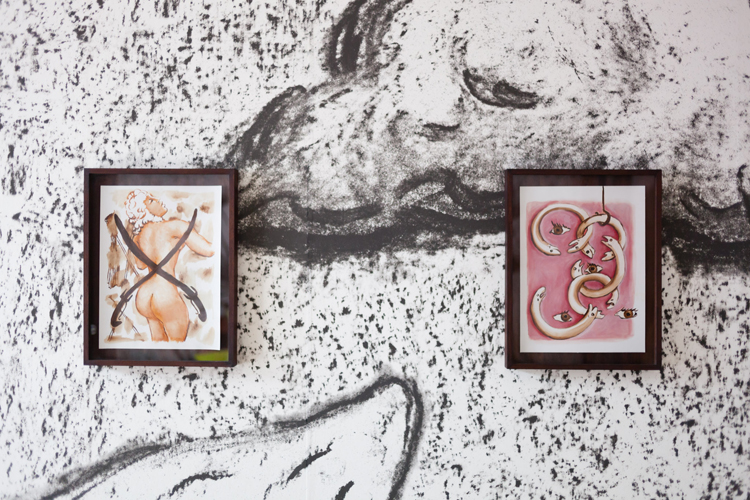 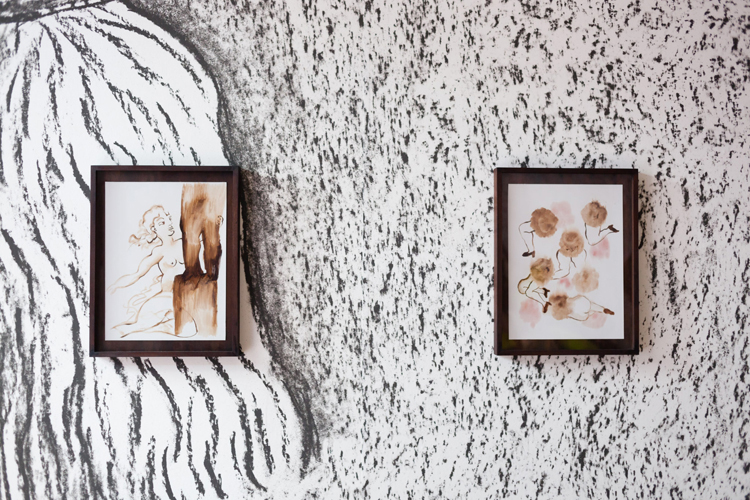 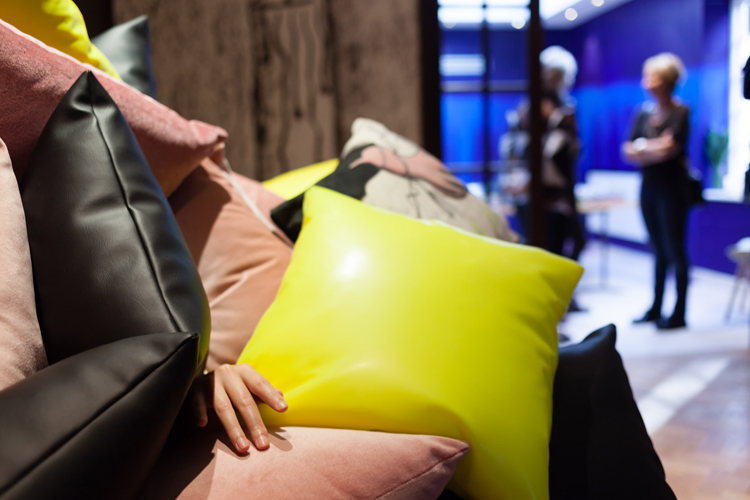