EVIL UNDER THE SUN – Lucy McKenzie and Martin McGeown

A Throw of the Dice, proposal for an open air mural gallery 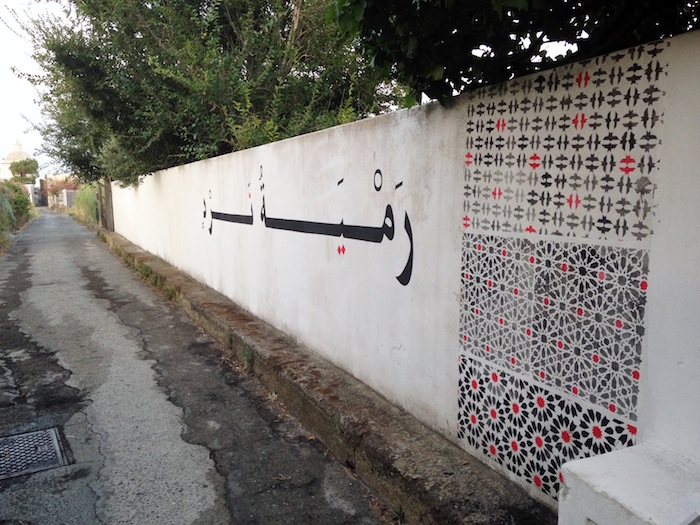 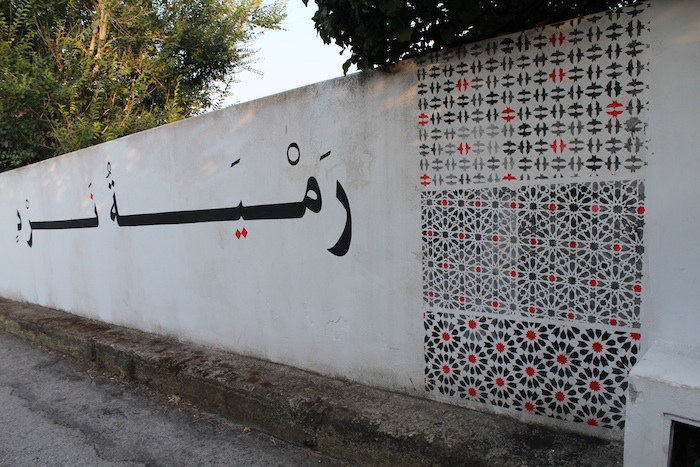 For the final evening of Evil Under the Sun artist Lucy McKenzie and gallerist Martin McGeown have together produced a public mural. The text is a fragment from Stéphane Mallarmé‘s poem Un Coup de Dés jamais n’abolira le hazard. The iconic poem of European modernism is masterfully translated to Arabic by the Moroccan poet Mohammed Bennis, and was originally published by Ypsilon Editeur, Paris in 2008. The poem in entirety describes meaning as it emerges according to the dictates of language, but language seen as a wave (an ocean wave, breaking into beads, and white air, and suspended there).

The accompanying patterns are from McKenzie’s library of decorative stencils. These specific motifs are from the Alhambra Palace in Granada, which the artist made a study of in 2012/13. The text and the images celebrate the way in which the Islamo-Arabic world and the Christian/modern West coexist and interplay within the imagination. 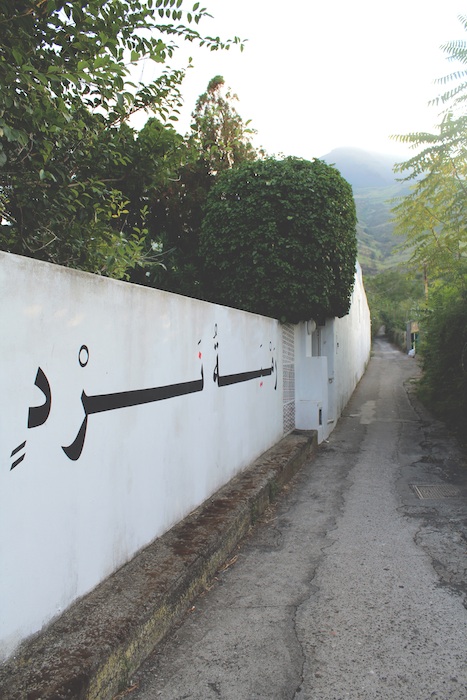 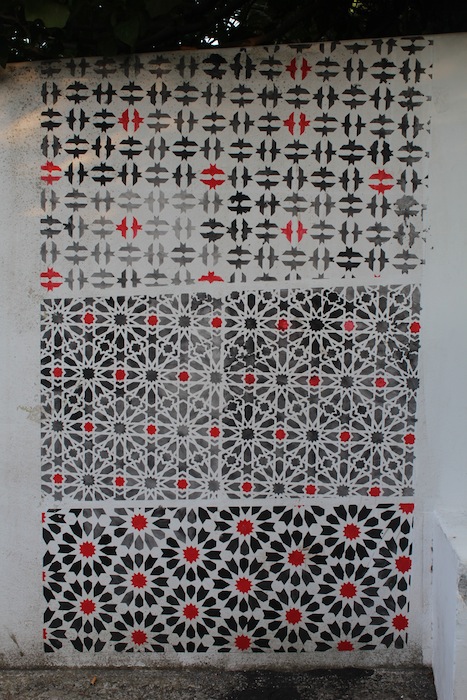