EVIL UNDER THE SUN – Antonia Baehr

For Volcano Extravaganza 2013 Antonia Baehr will perform: ‘Ridere, A Selection of Laugh Scores’, and present her book and her LP, both named: ‘RIRE / LAUGH / LACHEN’.

“I like to laugh. I laugh often. I am often seen laughing”.

Laugh is a piece about laughing as laughing. For the length of the piece Antonia Baehr explores this expression as a sovereign entity, in separation from causal baggage; jokes, tickles, narrative, humor, joy, looking at the thing itself: the sound and shape, the music, choreography and drama, the rhythm and the gesture of laughter. Comedy is not her goal, but contamination is an unavoidable by-product that sometimes contagiously trades sides of the ‘fourth wall’.

Antonia Baehr is a choreographer and filmmaker. What characterizes her is a non-disciplinary work and a method of collaboration with different people, using a game-structure with switching roles: each person is alternately director / author / host and performer / guest for the other one. She graduated in Film and Media Arts at the Hochschule der Künste Berlin with Valie Export (1996) and completed her Master at the School of The Art Institute of Chicago. Since 2000 she is has been based in Berlin. In 2013, the Beursschouwburg in Brussels curated a three-month program that included performances, films and an exhibition: “make up – at Antonia Baehr and Werner Hirsch’s table”. This focus program featured works by artists who have been collaborating with Hirsch and Baehr in various and switching roles for many years, as well as a wide selection of works by Baehr and Hirsch themselves.
She recently premiered “Abecedarium Bestiarium” at the Kunstenfestivaldesarts.
She is the producer of the horse whisperer and dancer Werner Hirsch, the musician and choreographer Henri Fleur, and the composer Henry Wilt (www.make-up-productions.net). 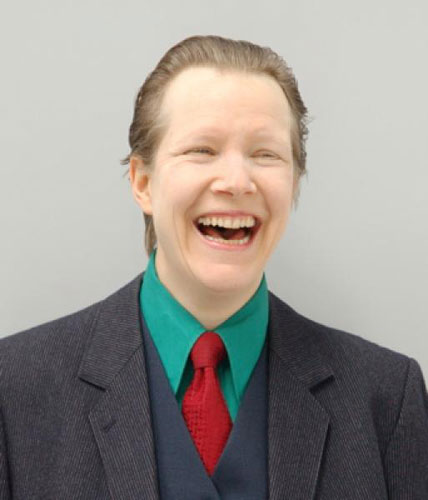