‘You can never say no to a volcano’ but you can say ‘No, no, no, no’ and that then somehow transforms into its opposite… For Volcano Extravaganza, Karl Holmqvist will read from his new artist’s book ‘K using formats such as repetition, word collage improvisation and quotation from a multitude of extraneous sources as a manner ‘emptying’ language of its content enabling it to be filled anew with new meaning and new vision. 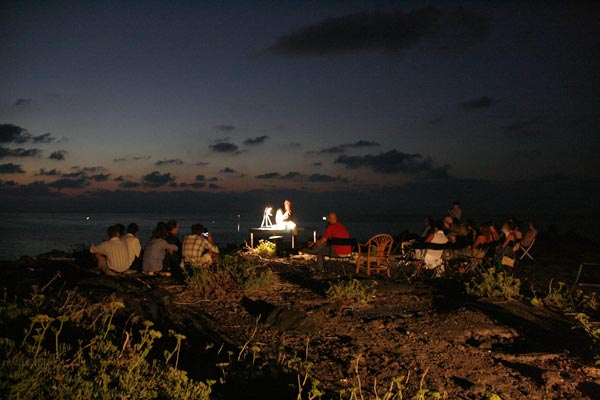 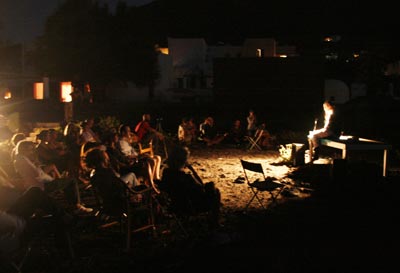 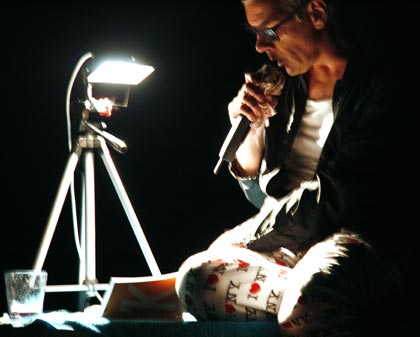 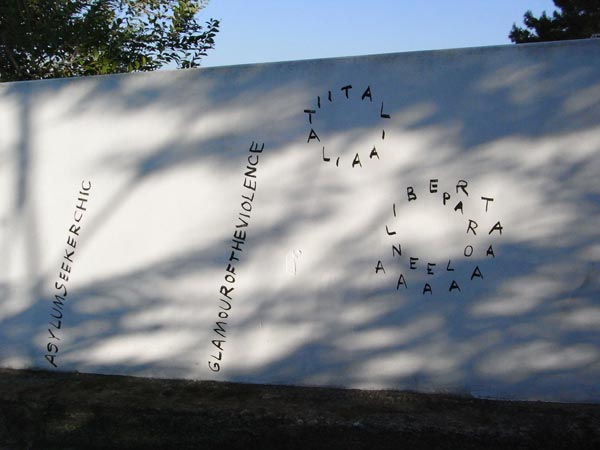 Karl Holmqvist’s writings on the wall of the House of Extravaganza. Photos by Nick Mauss

Karl Holmqvist has lectured, performed and exhibited extensively since the early ‘nineties. Most recently with Kunsthalle Zurich and Bergen Kunsthall who are the joint publishers of his artist’s book ‘K together with JRP-Ringier. Last year Karl Holmqvist was part of the IllumiNations section of the 54th Venice Biennial. This spring he was included in the Ecstatic Alphabets-Heaps Of Language exhibition at the Museum of Modern Art in New York and in a oneperson exhibition Words Are People at Alex Zachary Peter Currie also in New York. He is one of ten nominees for the Kunstpreis Böttcherstrasse 2012 at Kunstverein Bremen.