Part of the public programme “Speech Acts and Forms of Discourse” of the 14th Istanbul Biennial, SALTWATER. A Theory of Thought Forms

The violent No! of the sun burns the forehead of hills. Sand fleas arrive from salt lake and most of the theatres close

Fiorucci Art Trust was invited by the 14th Istanbul Biennial, SALTWATER. A Theory of Thought Forms, to present a weeklong course of action as part of the Biennial Public Programme “Speech Acts and Forms of Discourse”. Borrowing a line from a poem by Frank O’Hara, the project is titled The violent No! of the sun burns the forehead of hills. Sand fleas arrive from salt lake and most of the theatres close. It will take place between 7-13 September 2015 and bring a group of international artists to Kastellorizo. 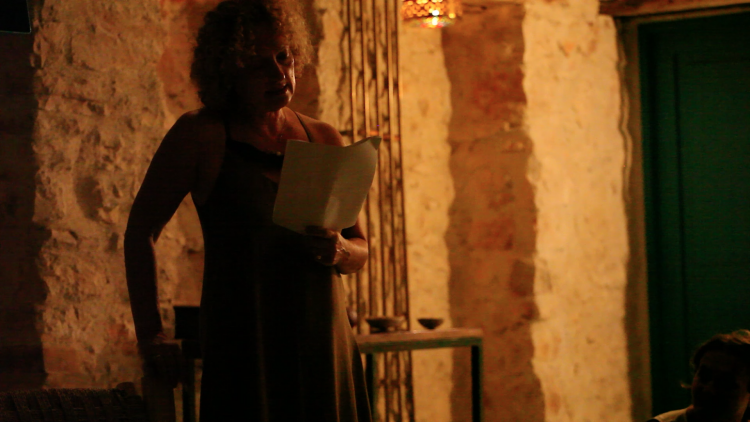 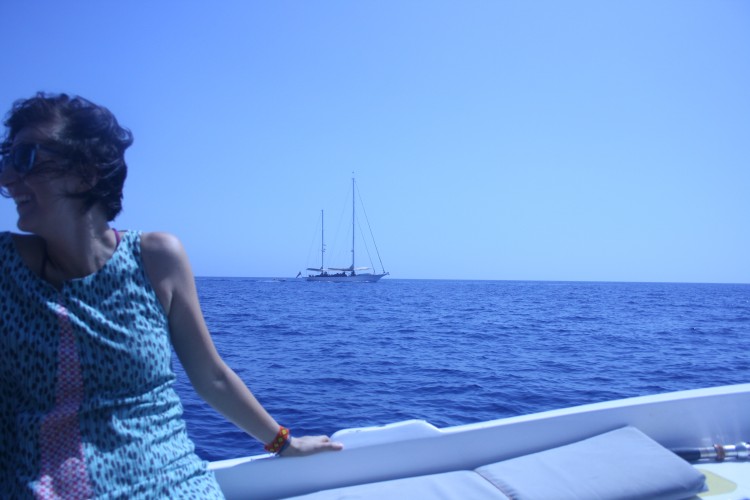 Several new beginnings and ends have alternated in Kastellorizo over time. This tiny Greek island lies less than two miles away from the Turkish coast, and has been contested by different powers, cultures and religions over centuries of Ottoman, Italian, English, French and Greek domination. The story of Kastellorizo is a mosaic of histories intertwined at its shores, so that this place becomes a mirror of greater, global forces and issues. Kastellorizo has been officially part of Greece since 1947 and is the most distant outpost of Greek territories. Traces of past prosperity and changing government are visible across its land while domestic ruins reveal long-gone, crowded times.

The violent No! of the sun burns the forehead of hills. Sand fleas arrive from salt lake and most of the theatres close takes some of the natural, historical and political features of Kastellorizo and nearby locations as an inspiration for a week of shared activities, improvisation and reflection. The programme will begin with a journey to harvest salt in the nearby island of Rho, and continue throughout the week as if Poseidon left off counting his waters for a moment. 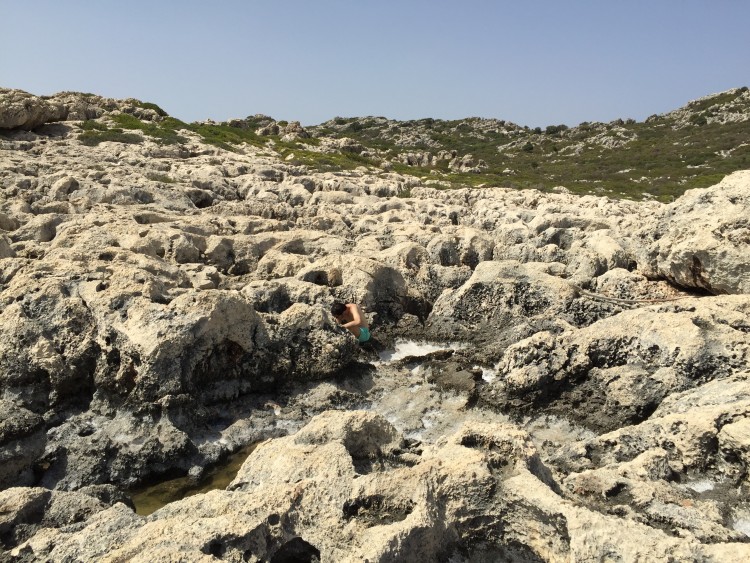 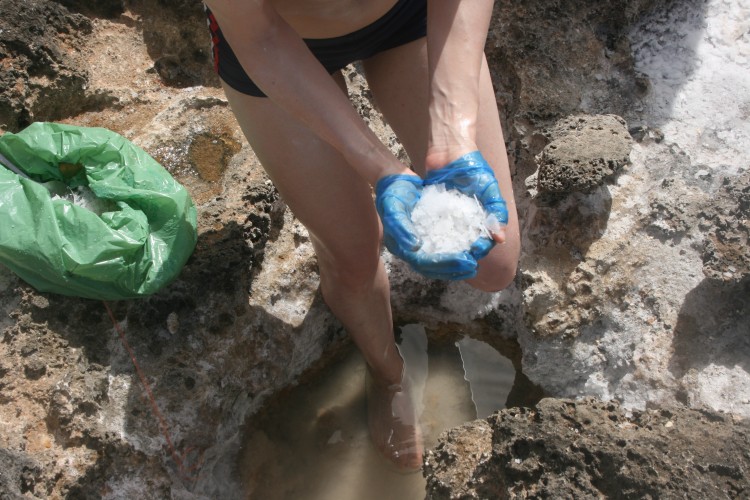 To welcome the reading of a travelogue following an idiosyncratic route running across Greece, Turkey and the Vesuvius, Dora Economou will give shape to the forms, shades and smells of a dinner to take place in the open, where grapes, fish and wine will accompany a story counterpointed by salted epiphanies.

Drawing on a sequence of movements that were anciently taught at the Gymnasium to learn how to swim away from sirens, Irena Haiduk will teach the sirens how to reach us, staging with them a reverse choreography involving Kastellorizo’s saltwater and rocks. 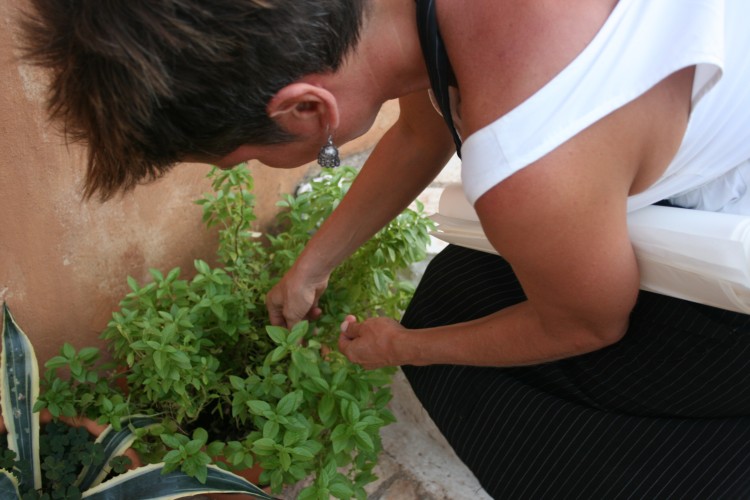 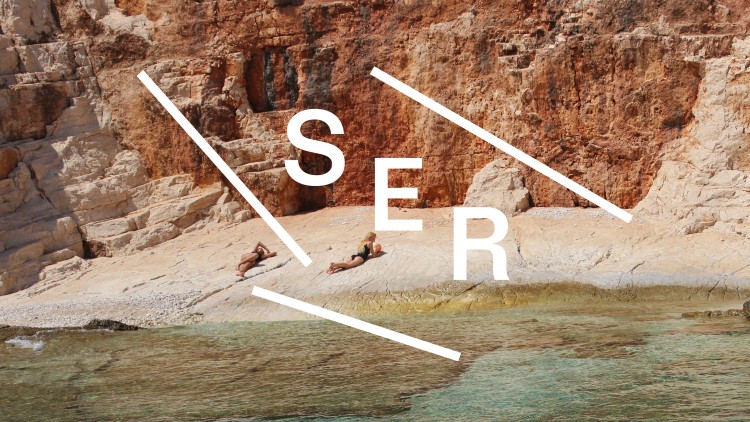 In turn, Asli Çavuşoğlu will script a play to reverse the dynamics of marionette theatre, turning the curtains inside out in order to expose, instead of the shadow-puppet, the actor that guides it. Publicly performed in the main square of the island, the play will revolve around Karagiozis, a main character in the Greek shadow puppet theatre, that migrated into Greek folklore during Ottoman rule directly from the ‘dark eye’ — Karagoz — of Turkish shadow play.

Taking steps in and out of the fictional film-industry character Allen Smithee, Mario Garcia Torres will inhabit in the course of a monologue the threshold where issues of authorship, failure and time are exposed and eventually questioned. Performed for the first time by the artist himself, the monologue will be presented in an extended version devised specially for the programme. 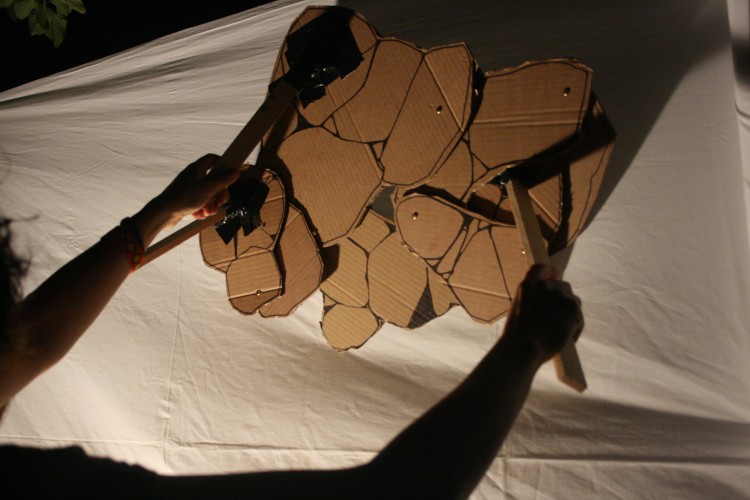 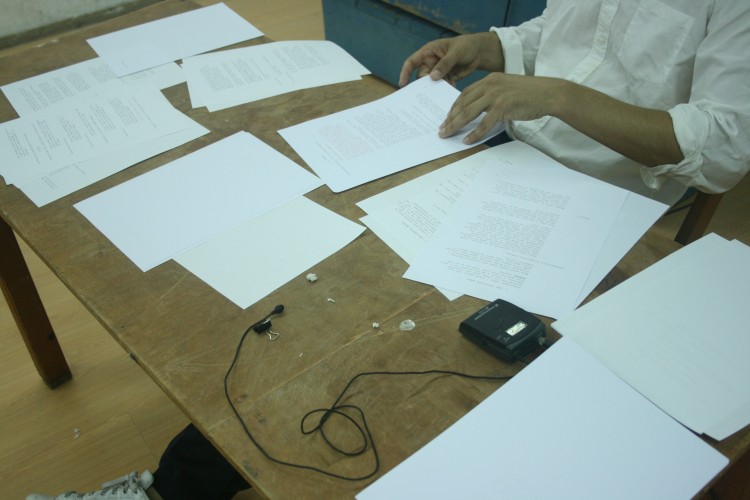 Acting along the island’s magnetic pull and its many layers of histories, Gabriel Lester will take us to a performative journey revolving around the most adventurous premises of a treasure-seeking venture. An exercise of shared imagination, the artist’s participation may eventually unfold in a listening session of sounds never heard before in the island, and possibly dissolve in the air together with smoke signals.

As a continuation of the project that she conceived for the 2003 Istanbul Biennial, Lucia Koch will intervene in the abandoned Hammam of the island. She will slightly colour correct it and suggest — with her synesthetic intervention — its coming back to life. The old Hammam will run exceptionally for the programme, releasing its vapors unexpectedly from the top of the cliff. 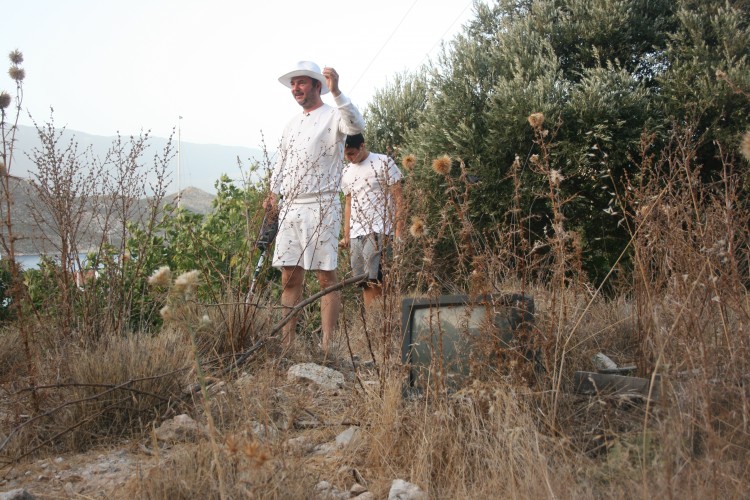 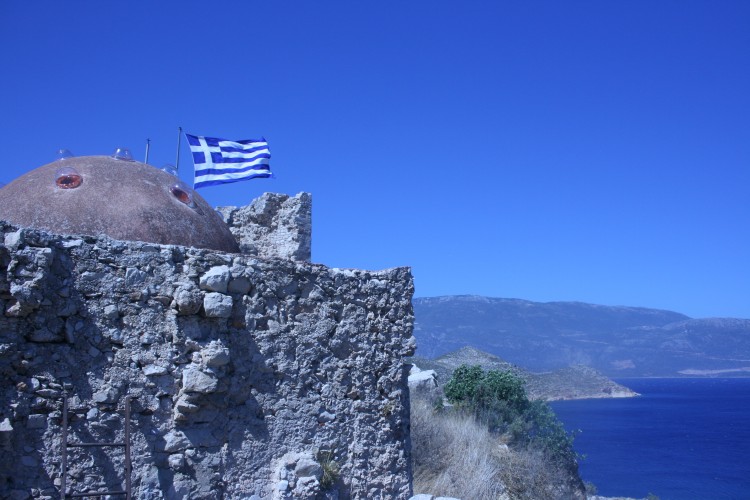 In one of his usual attempts of tuning his surroundings, Leonas Seliukas will most probably be seen sitting at a café, spinning his finger on the border of a flûte of saltwater in search for the music of the island’s holographic sphere. When he finds it, a circular sound will inflate the island—a brand new frequency projecting its many rhythms onto the surface of a new bubbling vibrating body.

Disguised with the props created by Lubaina Himid, on the 13th of September a number of performers will join the major celebration on the island, which marks its independence from Italy. They will melt temporarily with its inhabitants and those who have left to live in other countries across the globe, returning every year to Kastellorizo on this occasion. 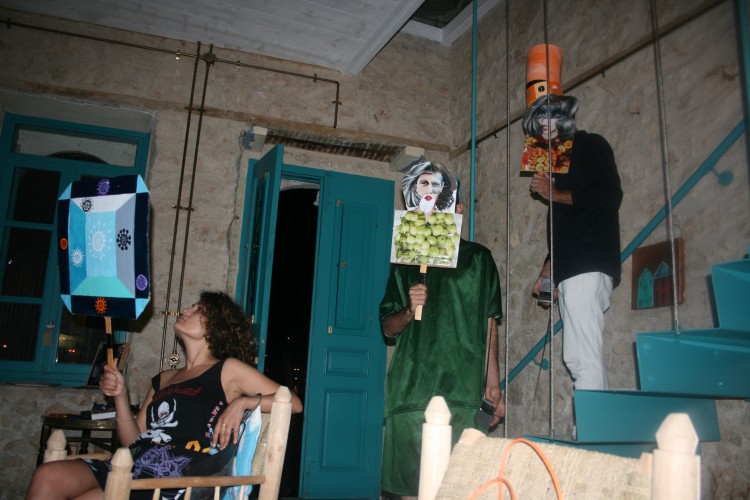 A loose parade will then head to the old monastery that over time offered a shelter to those escaping the bombings during the numerous occupations and attacks. At its arrival to the monastery currently under restoration, the procession will be welcomed by Anna Boghiguian in the rooms temporarily hosting her studio. As the restorers work to the reconstruction of the site, she will, during the week, dig through her practice into the many signs and layers of history. 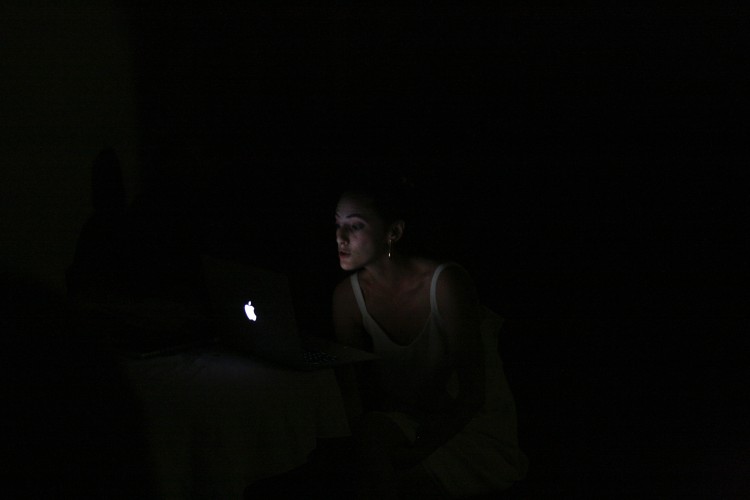 The violent No! of the sun burns the forehead of hills. Sand fleas arrive from salt lake and most of the theatres close will take place in various venues across the island. Taking us to the sea seen from in front of the quarantine island to the end of the bay; Kastellorizo’s squares and streets; the historical Italian fish market and the above area from Muslim times that most suffered from the bombings; up to the unique landscape of the erratically hilly plateau overlooking the thin border between Greece and Turkey, where a vegetation reminiscent of rolling bushes stands still together with the oldest monastery and Paleocastro, the island’s ancient acropolis.