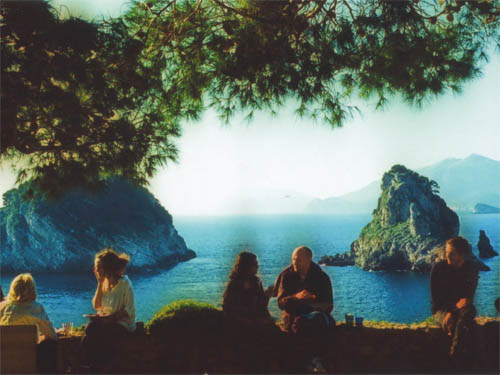 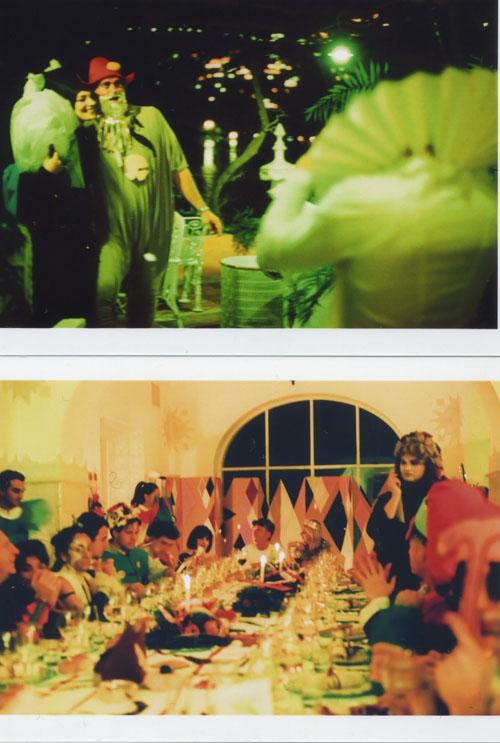 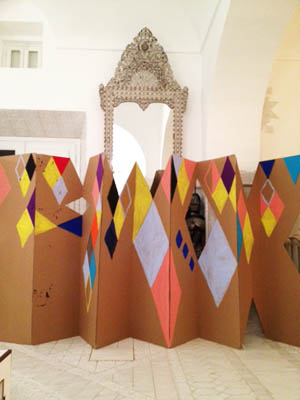 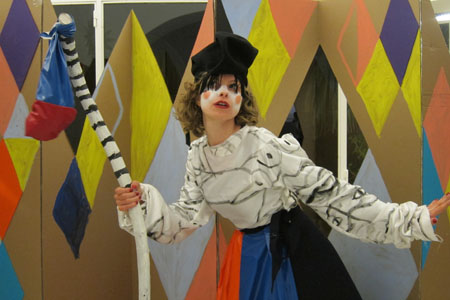 Positano, a strip of land perched sheer above the sea. Beyond the Sorrentine Peninsula, in the direction of Amalfi.
A holiday resort since the days of the ancient Roman empire. Clinging to the cliff side is the Villa Tre Ville, steeped in memories of historic dances, parties and meetings, where the Russian choreographer Léonide Massine was a frequent guest of the writer Mikhail Semenoff and from that vantage point fell in love with the island in front of the village, the one of the five in the Li Galli archipelago which has the best claim to exercising the bewitching power of Homer’s sirens. In 1924 the villa was acquired by Massine, and since then has been frequented by Picasso, Stravinsky, Diaghilev, Nijinsky, among others. It was later owned by the famous dancer Nureyev and now belongs to Giovanni Russo. Here the only building in Italy on which Le Corbusier is certified to have worked is framed by two stacks, beyond which can be seen Capri and the terrace of Godard’s Le Mépris.

In the sixties the Villa Tre Ville was bought by Franco Zeffirelli, who made it his home. It was here that Leonard Bernstein wrote the music that was intended for Zeffirelli’s film Brother Sun, Sister Moon and that the Italian director wrote some of his most important theatrical works. Other times, other guests for new celebrations: Liz Taylor, Laurence Olivier, Maria Callas, Liza Minnelli, Carla Fracci, Greta Garbo, Roberto Rossellini, Ingrid Bergman, Anna Magnani, Sophia Loren, Jacqueline Kennedy Onassis… Earthen paths and stone staircases. Pergolas of vines, wisteria and limes, oleanders and an old tropical garden. Now it is a luxury hotel in which each suite celebrates operas and singers, artists and dancers. One, La Diaghilev, is named after the founder of the Ballets Russes. Another, the Nijinsky suite, dedicated to the Russian dancer and choreographer, has a décor inspired by Picasso’s fanciful designs for the costumes of Massine’s ballet Parade. A perfect triangulation of circumstances and geographies located within a few miles of each other.

In addition, not far away, the Torre Fornillo rises precipitously above the sea. It was bought in 1909 by the Swiss intellectual Gilbert Clavel, who turned it into his home-cum-museum, frequented among others by Cocteau, Prampolini, Marinetti, Norman Douglas and Picasso again. One of the most fascinating of the Saracen towers that stud the Amalfi coast. Similar to and yet different from the one that from the sea indicates the presence of Villa Vettica, decorated in its entirety by Ernestine ceramics.

To mark the arrival of a new year, 2013, another group of intellectuals and artists was invited to stay in these places by Giovanni Russo and Nicoletta Fiorucci, in a commemoration of the past. They did so by toasting and celebrating experimentation as the most valid message infused in and lavished on the aesthetics and practices of the Ballets Russes. (Milovan Farronato)