EVIL UNDER THE SUN – Bernie Reid 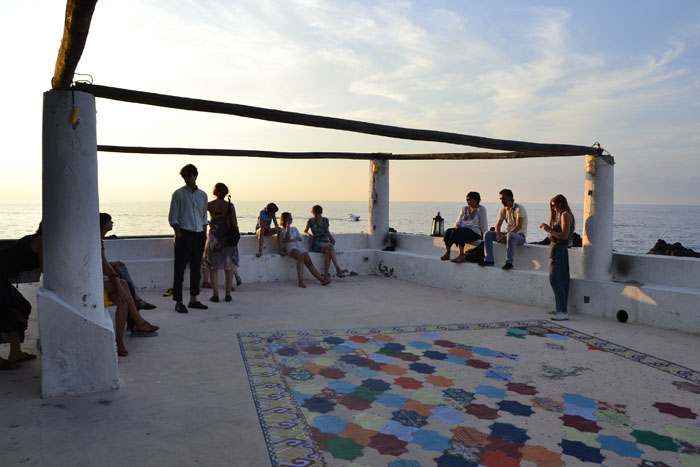 For Volcano Extravaganza 2013, Bernie Reid will paint two trompe l’oeil rugs, with stencil and aerosol applied directly to the terrace floor of La Lunatica. The first one will be a Persian rug – work in progress – with a texture combined by two different motives. The design of the second rug will refer to a carpet by André Arbus. 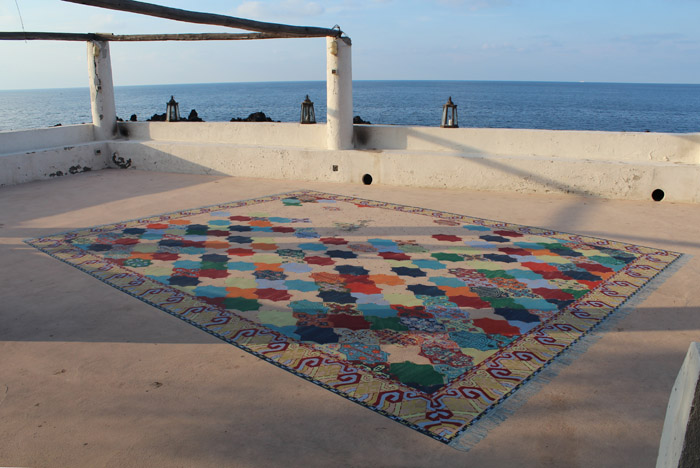 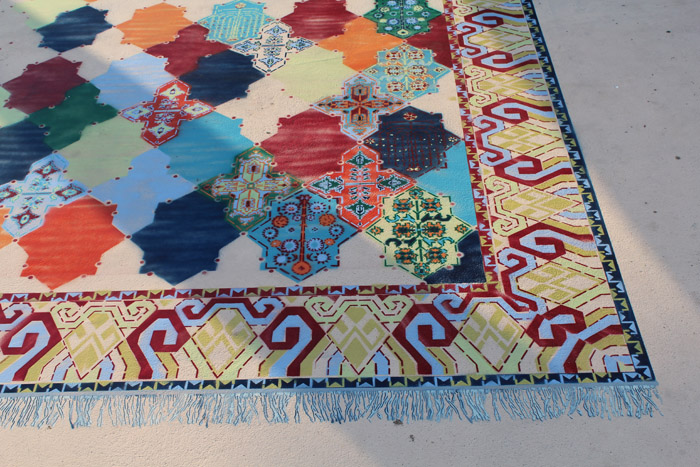 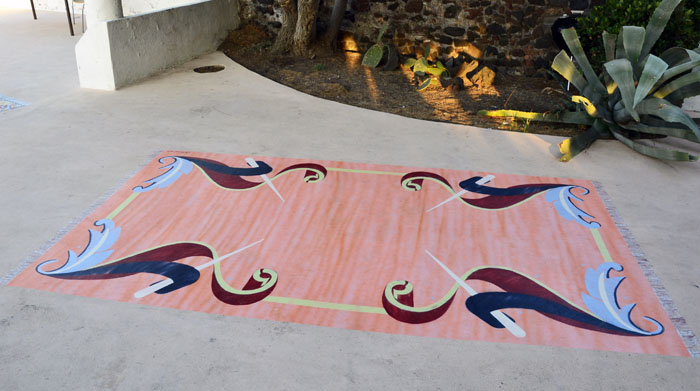 Bernie Reid (b. 1972) has been painting stencils around the streets of his home town of Edinburgh since 1998. After gaining his first commission for i-D magazine he has illustrated for various clients including Stella McCartney, i-D magazine, Dazed and Confused, Nissan, The Saturday Telegraph, Boxfresh, Liberty, Volkswagen, German Elle, Habitat and Wallpaper. In 2007 Reid with designer Beca Lipscombe and fine artist Lucy McKenzie formed Atelier E.B. An art based interiors company with an intention from the beginning to bring fine art criticality to the realm of commercial design and, by extension, to incorporate the expertise and pragmatism of the applied arts into the creation of art and exhibitions. Graduating in 2011 from Edinburgh College of Art in Painting, Reid has had a number of group and solo shows most recent of which was a collaboration with Panel as part of the Merchant City Festival in Glasgow.